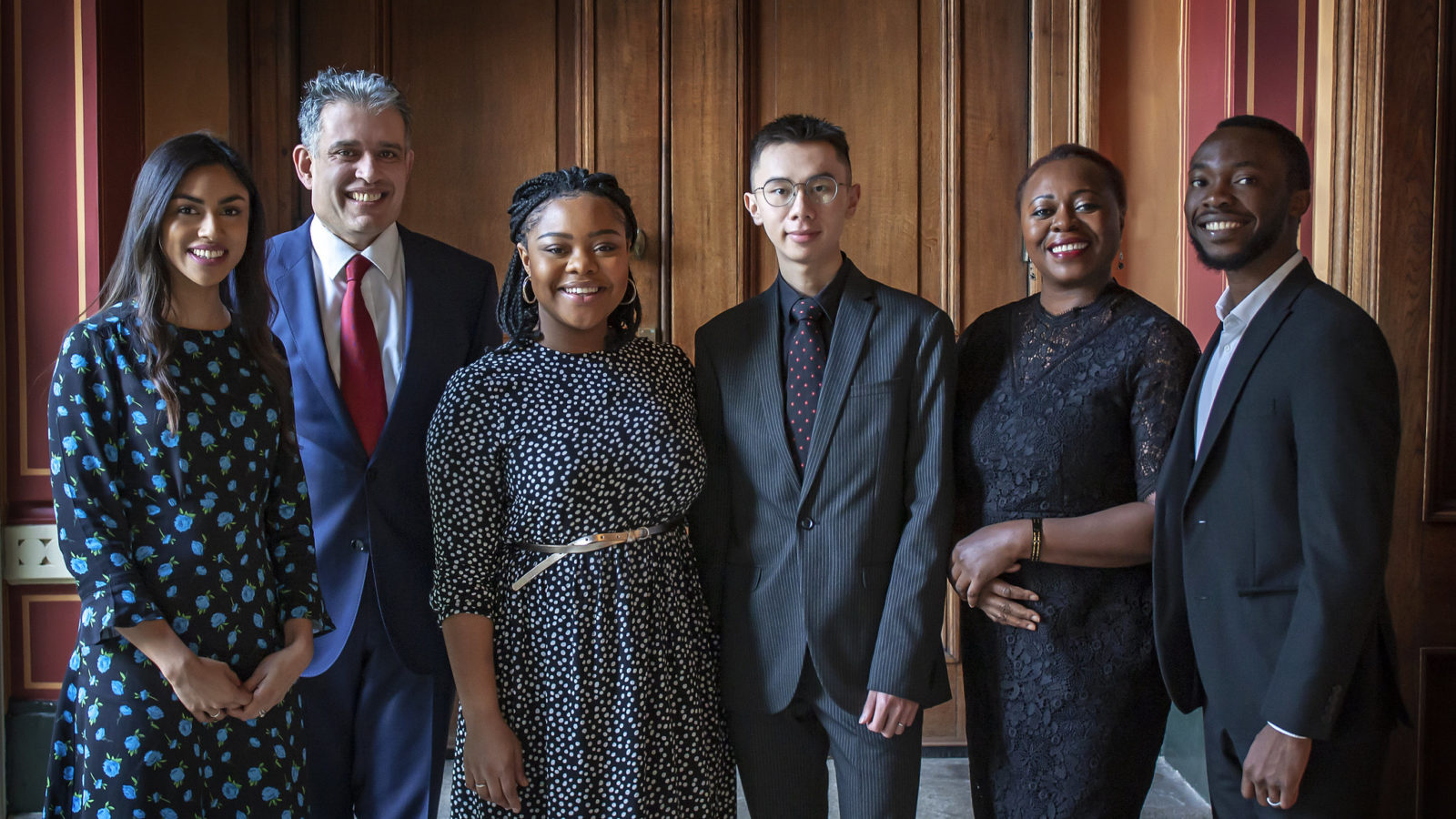 The University of Bristol has unveiled a series of portraits that celebrate BAME staff, students and alumni who have led the way in education, the arts, economics, politics, activism and social change.

The photos taken by Jessica Augarde are now on permanent display in the reception room of the Wills Memorial Building.

They commemorate the first anniversary of the university’s Be More Empowered for Success programme which supports Black, Asian and minority ethic students.

Each of the seven portraits represents a member of the university who has brought about significant change in Bristol and across the world.

They include Paul Boateng, one of the first three Black British MPs, to Hannah Dualeh whose work as a sabbatical officer at Bristol Students’ Union led to the creation of the Be More Empowered programme itself. 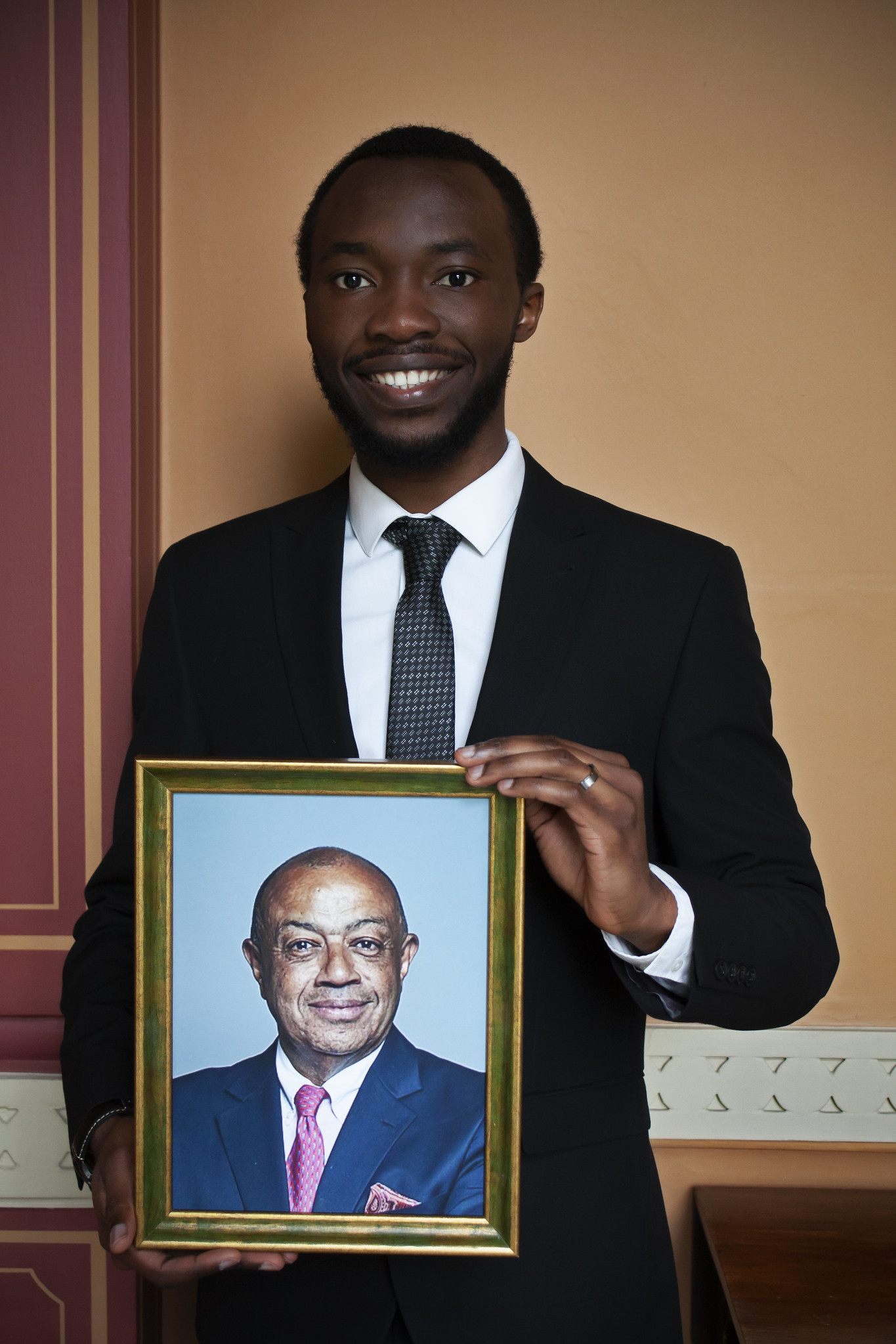 Robiu Salisu, BAME student inclusion officer, who coordinated the project and currently leads the Be More Empowered programme, chose to appear with a portrait of Lord Boateng.

He said: “In my current role at Bristol, I am inspired by Lord Boateng’s journey from activism to creating meaningful change within the British political system and paving the way for the future generations of Black, Asian and minority ethnic politicians.

Lord Boateng added: “There is no room for complacency. The individual achievements that these portraits represent could only have come about through a fortunate combination of personal effort, an excellent education for which I am grateful, and the support of many others whose pictures do not feature but who have made us what we are.

“I include the St Paul’s community in Bristol whom I represented as a lawyer in the troubled 80s amongst those.

“My hope is that this exhibit will both inspire and challenge an upcoming generation irrespective of racial origin to do more, and to make the demand for a fairer and more inclusive society.” 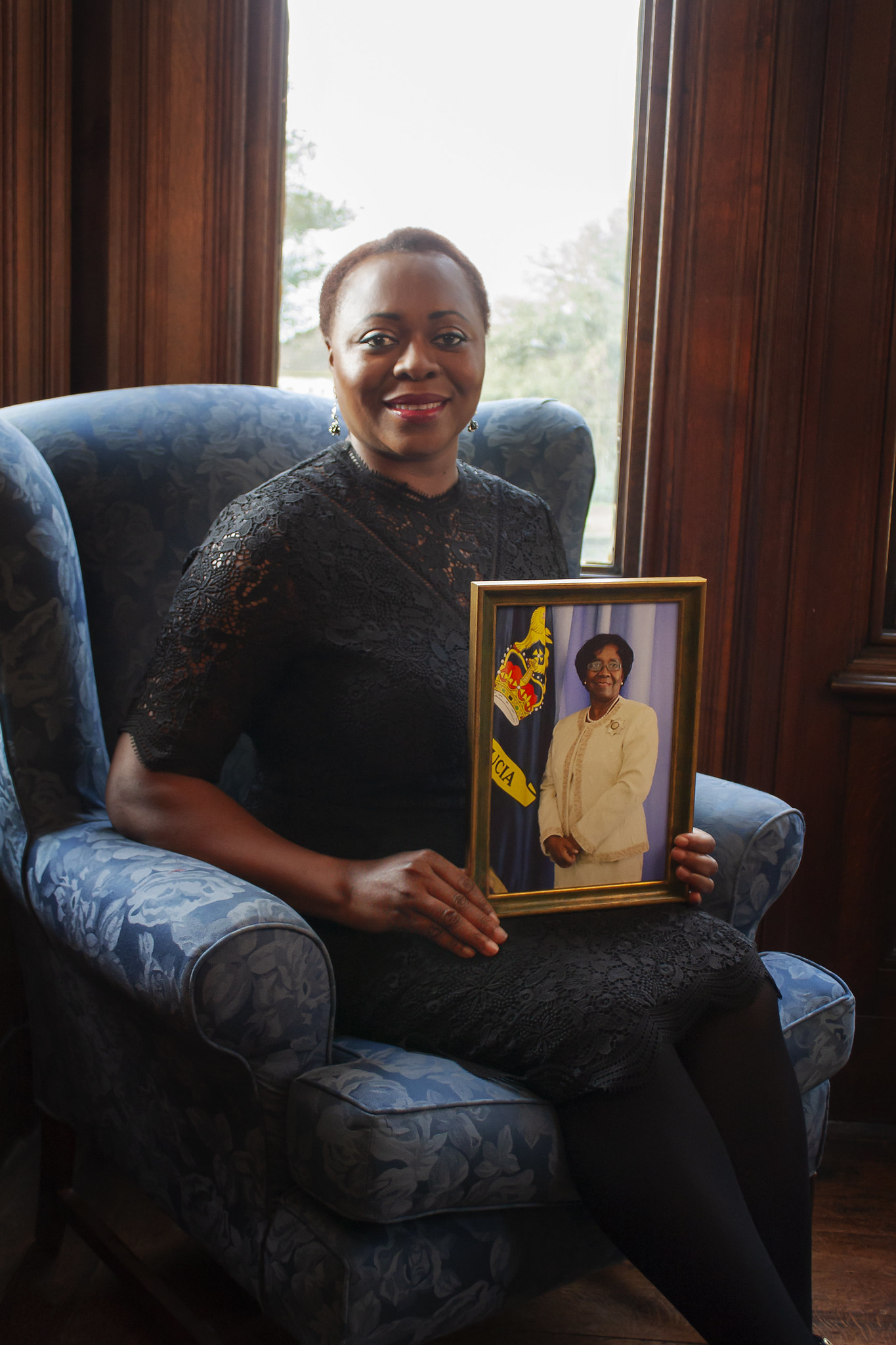 Olivette Otele, professor of the history of slavery, is one of the Bristol academics featured. For her portrait she is pictured with Dame Pearlette Louisy, governor general of St Lucia from 1997 to 2017 who completed a PhD in the department of education at Bristol in 1991.

Professor Otele said: “This project is incredibly important and shows that there are many ways to contribute to the questions of representation and equality.

“I’m truly honoured to have been chose to be amongst such powerful role models. Dame Pearlette was a pioneer and a dedicated educator whose positive impact spans across several decades. It is a privilege to sit beside her portrait.”

Antonette Clarke-Akalanne, archaeology and anthropology (BA 2018) and Masters student who is pictured with the renowned 20th century poet Okot p’Bitek who took a diploma in education at Bristol in the 1960s before writing his breakthrough work Song of Lawino in 1966 – photo: Jessica Augarde 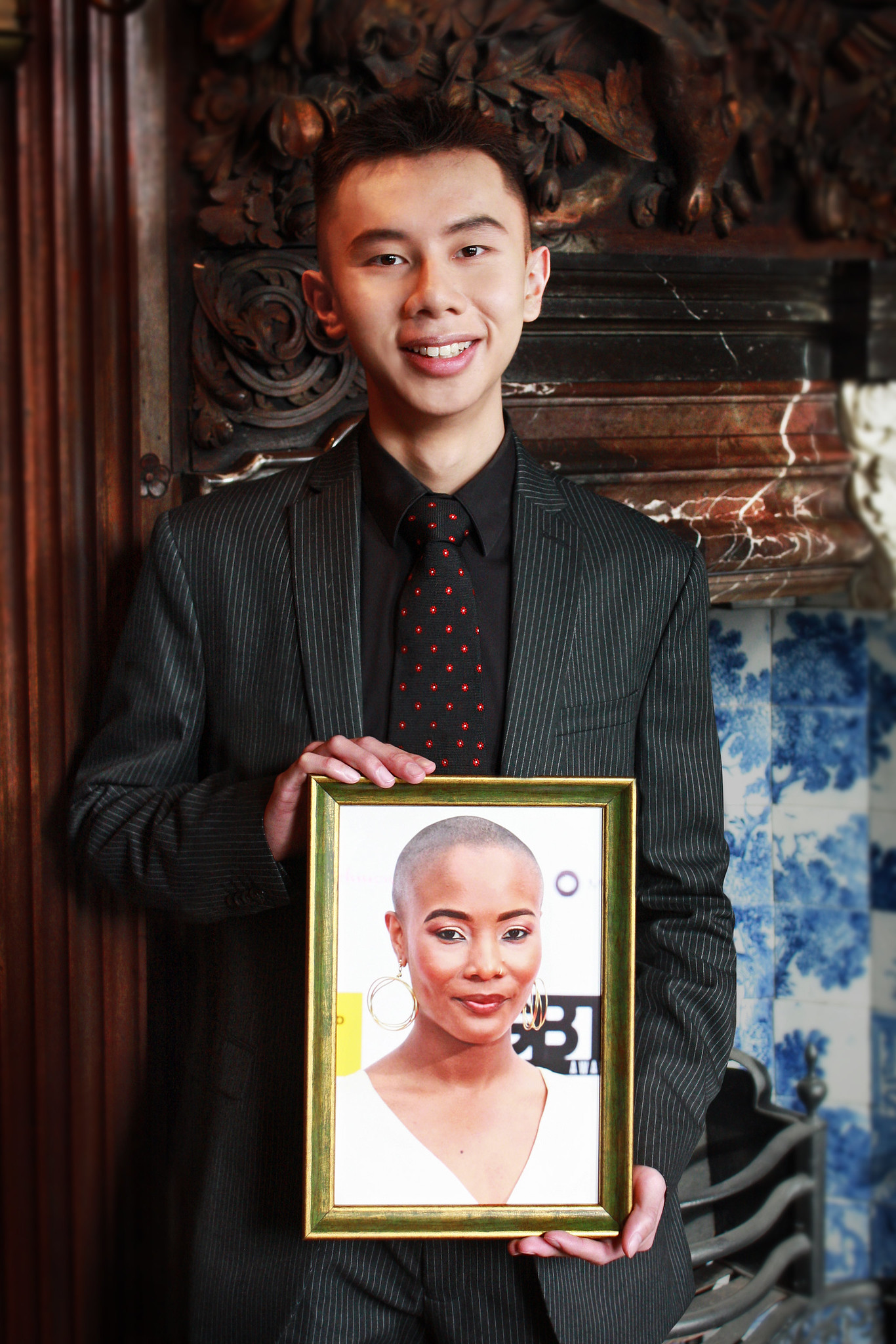 Student advocate, Cyril Ip, is pictured with Liv Little founder of gal-dem, a media company committed to sharing the perspectives of women and non-binary people of colour, who graduated from Bristol in 2016 with a first class honours degree in politics and sociology – photo: Jessica Augarde 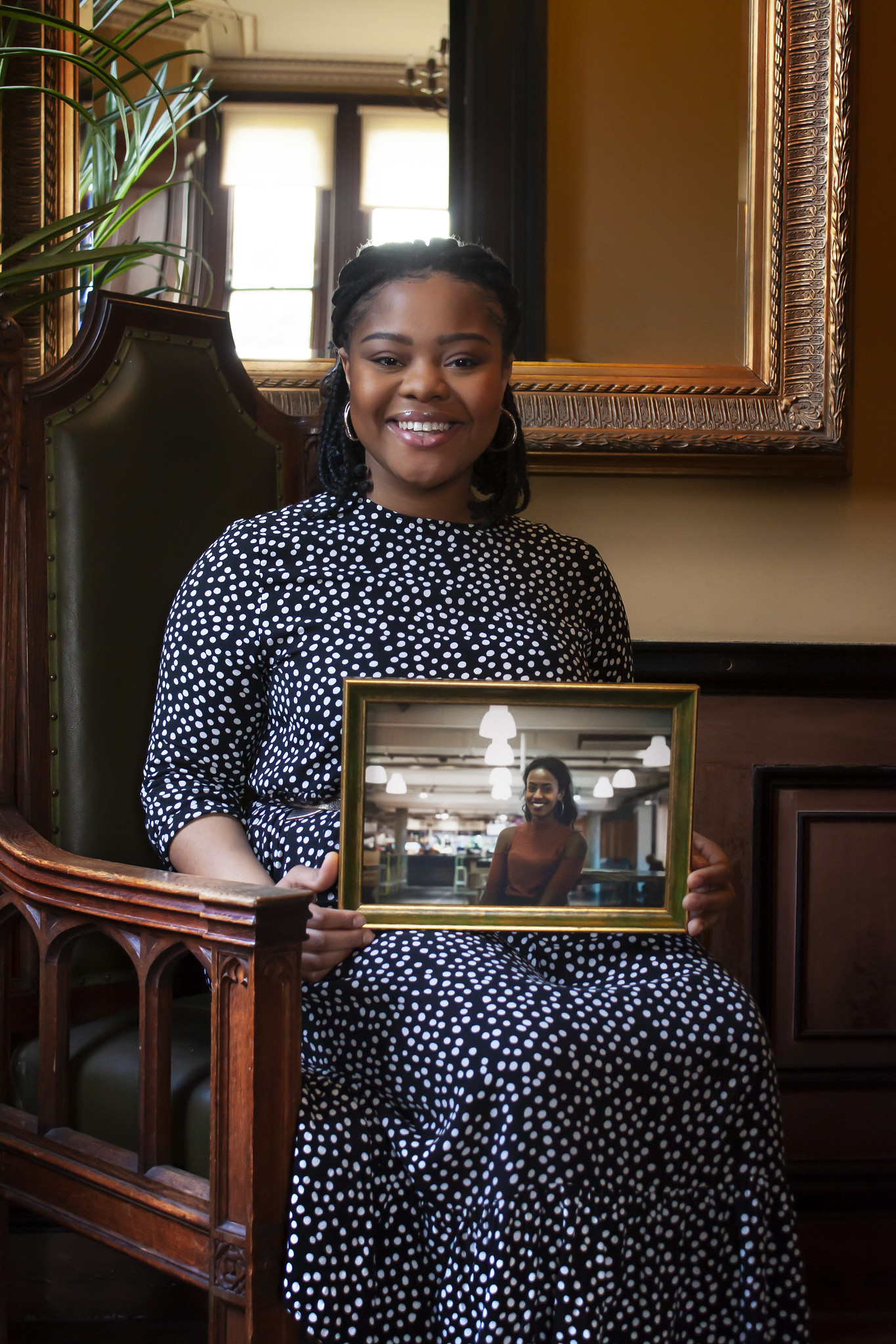 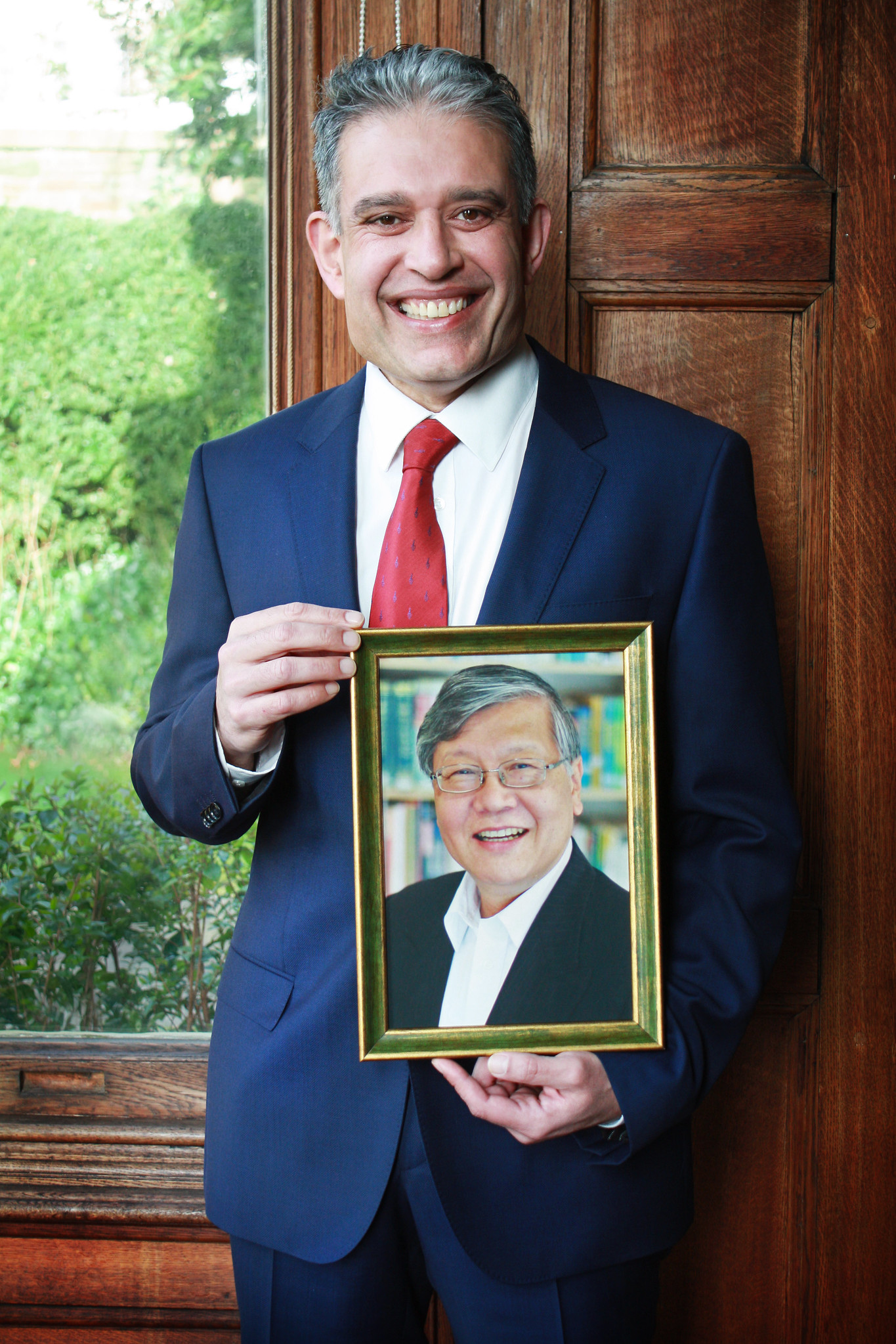 Professor Leon Tikly from the School of Education who chose to appear with Dr Andrew Sheng, one of the University’s Pro Chancellors. – photo: Jessica Augarde 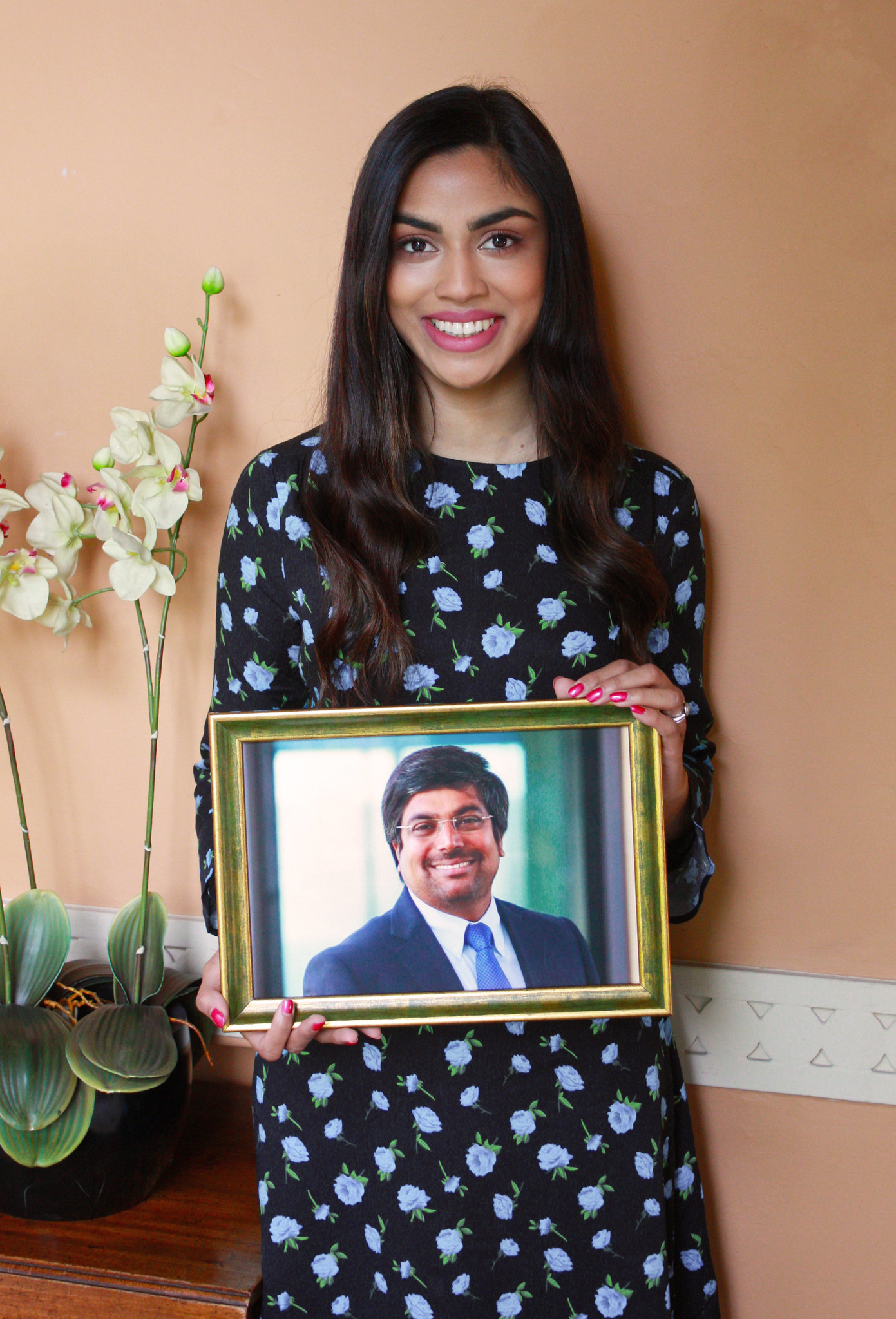 The Be More Empowered portraits complement a series of portraits celebrating women at the University of Bristol which were launched in 2019 to mark 100 years since the first women in Britain won the right to vote.