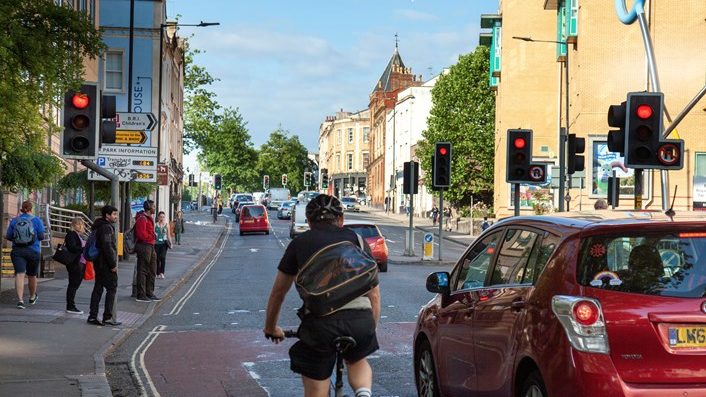 From next week, new bike lanes will be installed on Park Row, Upper Maudlin Street and Marlborough Street.

The changes, which will be implemented by Monday, August 3, are part of Bristol City Council’s aims to make it easier to walk, cycle and social distance in the city.

Temporary bollards will be installed to protect the new bike lanes from traffic, which will be reduced from two lanes to one along Upper Maudlin Street and eastbound on Marlborough Street.

Traffic will also be reduced to one lane on Lewins Mead to make space for the installation of a northbound bike lane from the Christmas Street junction to St James Barton roundabout.

There will also be suspension of parking bays along Perry Road and Park Road. 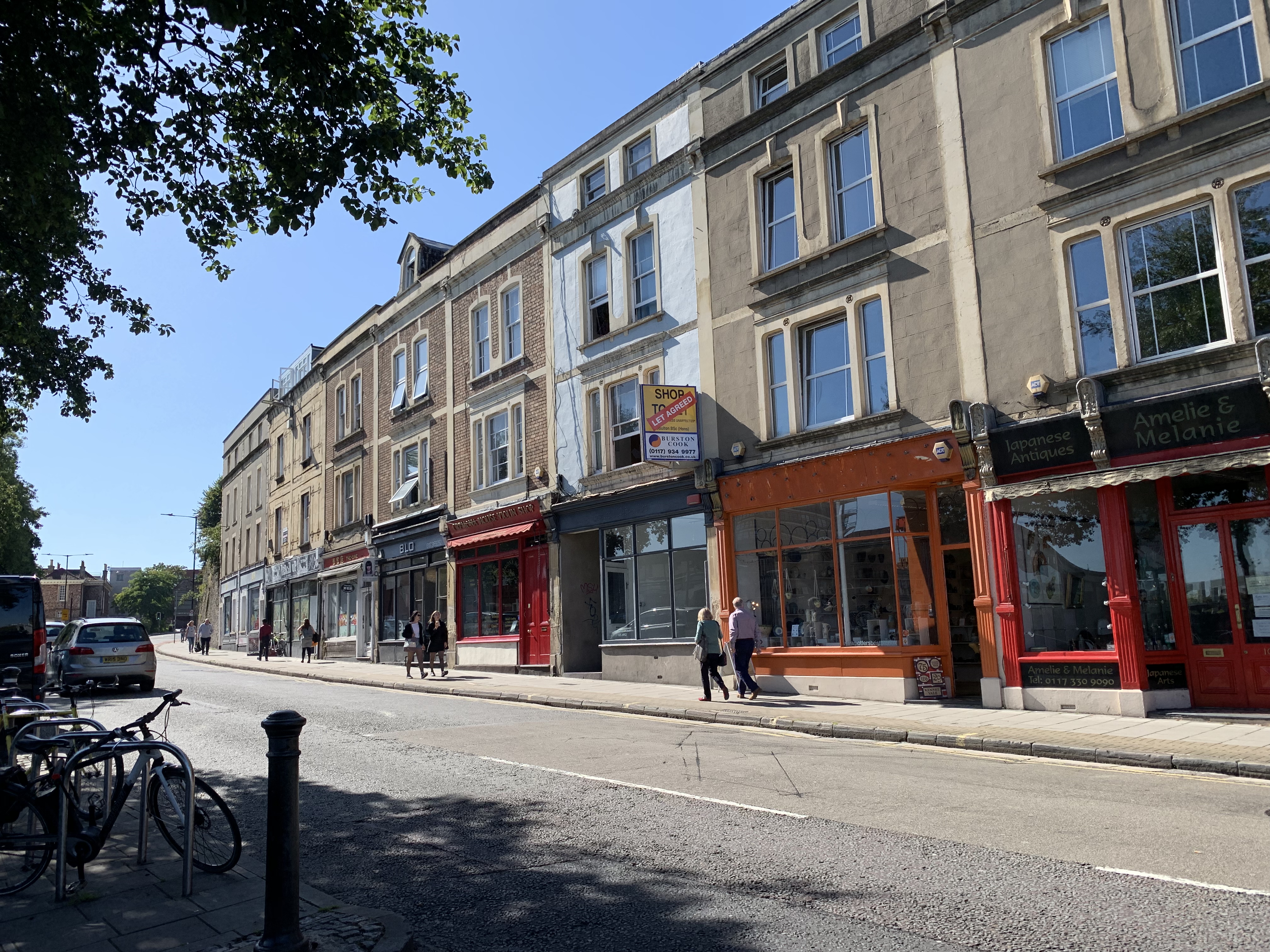 Parking bays will be suspended on Perry Road. Photo: Bristol24/7

People will still be able to turn right onto St Michael’s Hill from Upper Maudlin Street.

The changes will form part of the transformation of Bristol’s transport network, creating cleaner air and better bus, walking and cycling journeys, alongside ongoing plans for a mass transit public transport system.

“These bold measures to divert traffic away from the city centre will make a huge difference to the quality of our air on a key Bristol route that passes our hospitals,” says cabinet member for transport, Kye Dudd.

“The new protected bike lanes are part of city-wide transformative measures that will create a more connected future for everyone with cleaner air, safer and better public transport, and improved walking and cycling routes. 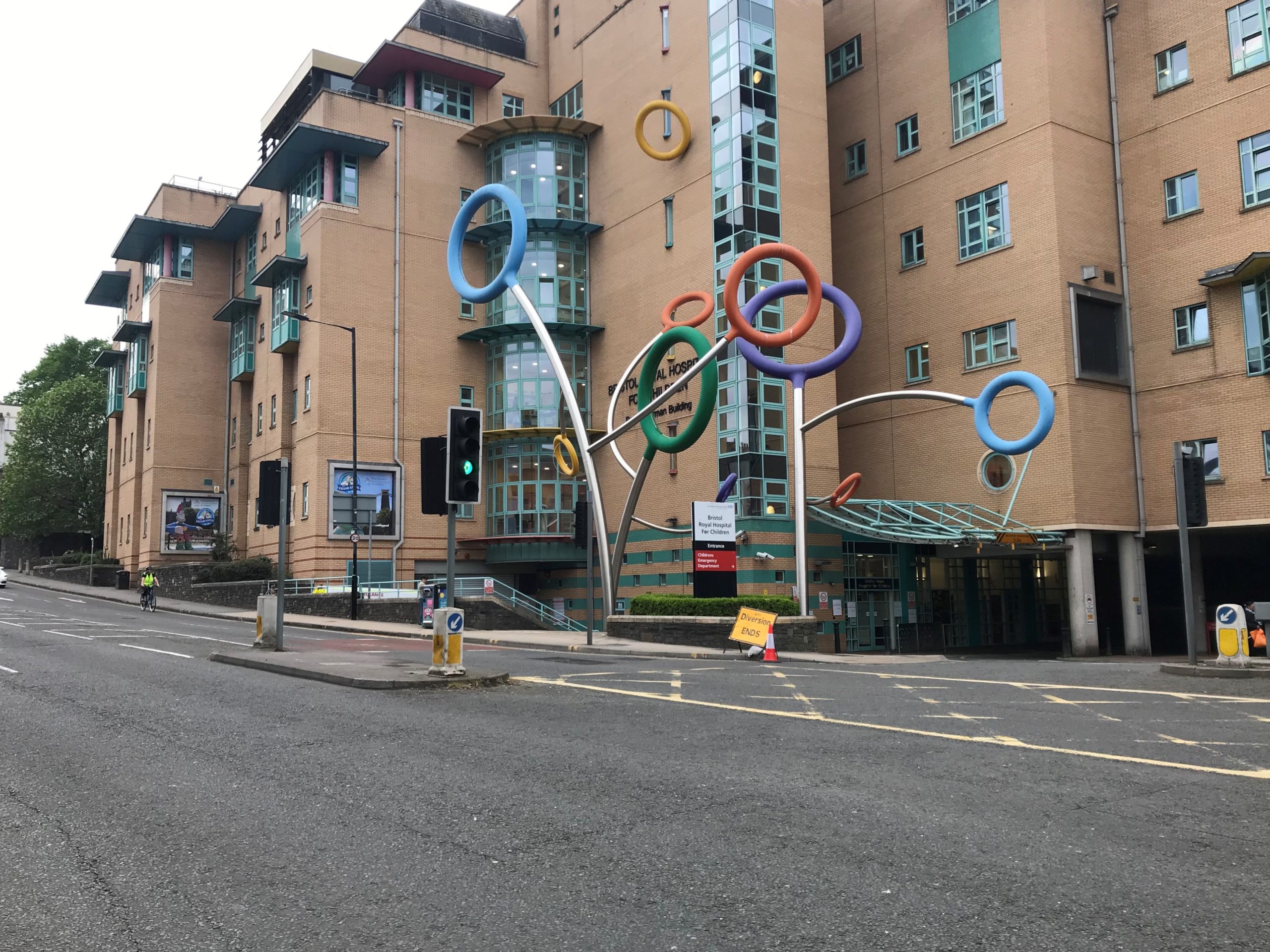 Major changes are to be implemented on Upper Maudlin Street. Photo: Martin Booth

Dudd adds: “There may be a period of disruption while we all adapt to these crucial changes that are important to protect public health in both the long and short term by changing how we travel in and around Bristol.

“We are working with the community to minimise disruption and we are keen to engage with people as we monitor the impacts before making any changes permanent.”

The closures of Bristol Bridge, Baldwin Street and Union Street to through traffic will also take place on Sunday, August 2.

The bike lanes are being installed on a temporary basis initially and Bristol City Council will assess how they are working before permanent changes are made.

Read more: Bristol Bridge to be closed to through-traffic