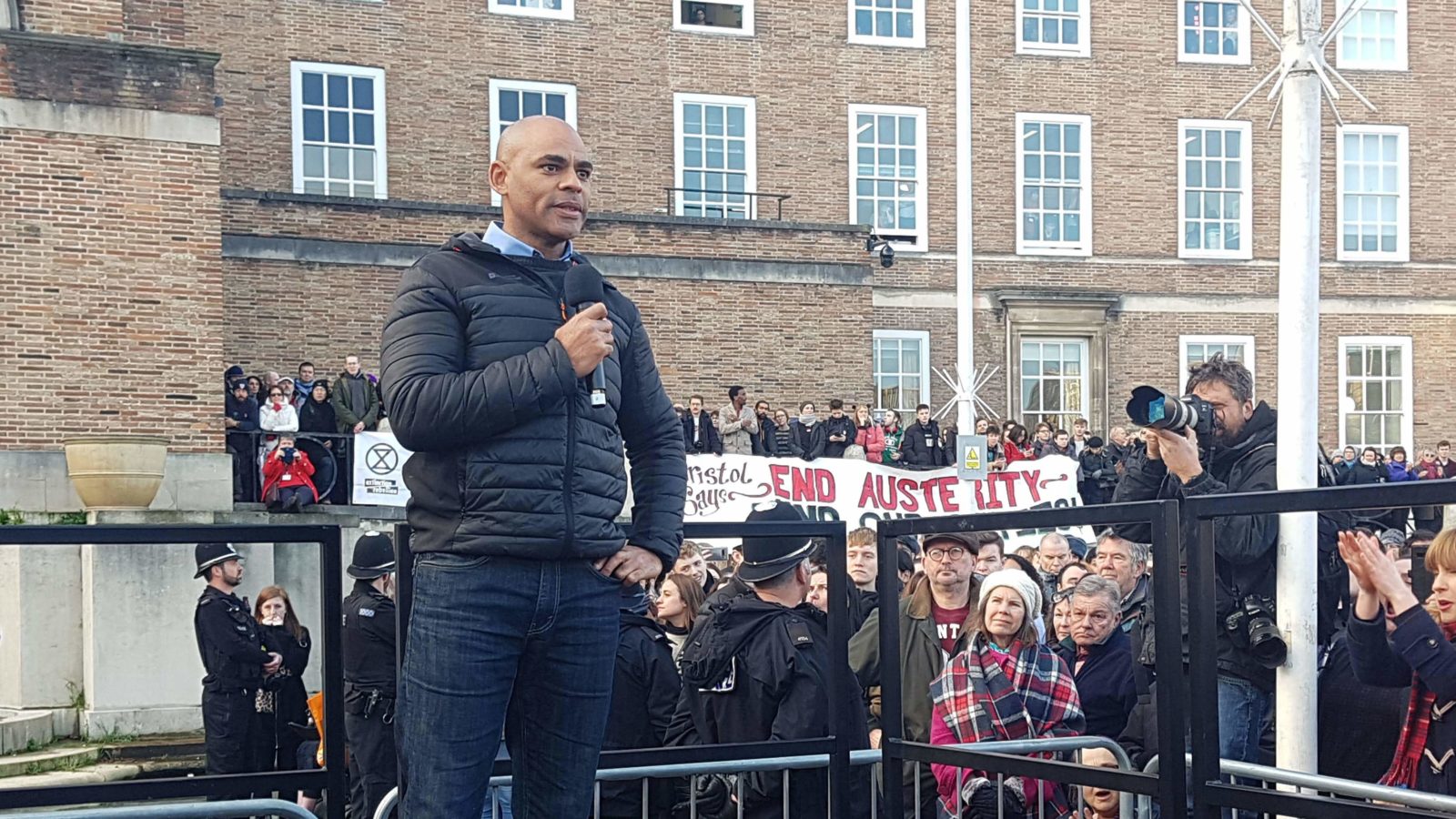 He announced six key pledges, here they are in full:

Connectivity and Transport
To deliver an underground and integrated public transport system with free travel for apprentices and students up to 25.

Rees promises to unveil his administration’s 15-year plan “to transform city transport forever” in the next few weeks.

This includes:
– The bus deal, improving infrastructure and services, with direct commuter routes driving up patronage.

–  Followed by a city centre circle line of rapid buses keeping traffic out of the city centre and improving city links in each direction, enabling the pedestrianisation of the Old City.

Economy
To achieve a living wage city, growing jobs in a diverse economy and building on the success of the Channel 4 hub, with opportunity for all Bristol’s communities.

Rees says: “Bristol has seen the growth of the high tech sector and the creative and media sectors. Winning Channel 4 was a huge success and they are already advertising jobs.  They will work with us as we continue to put inclusion and sustainability at the heart of our economic values, with jobs in all sectors.” 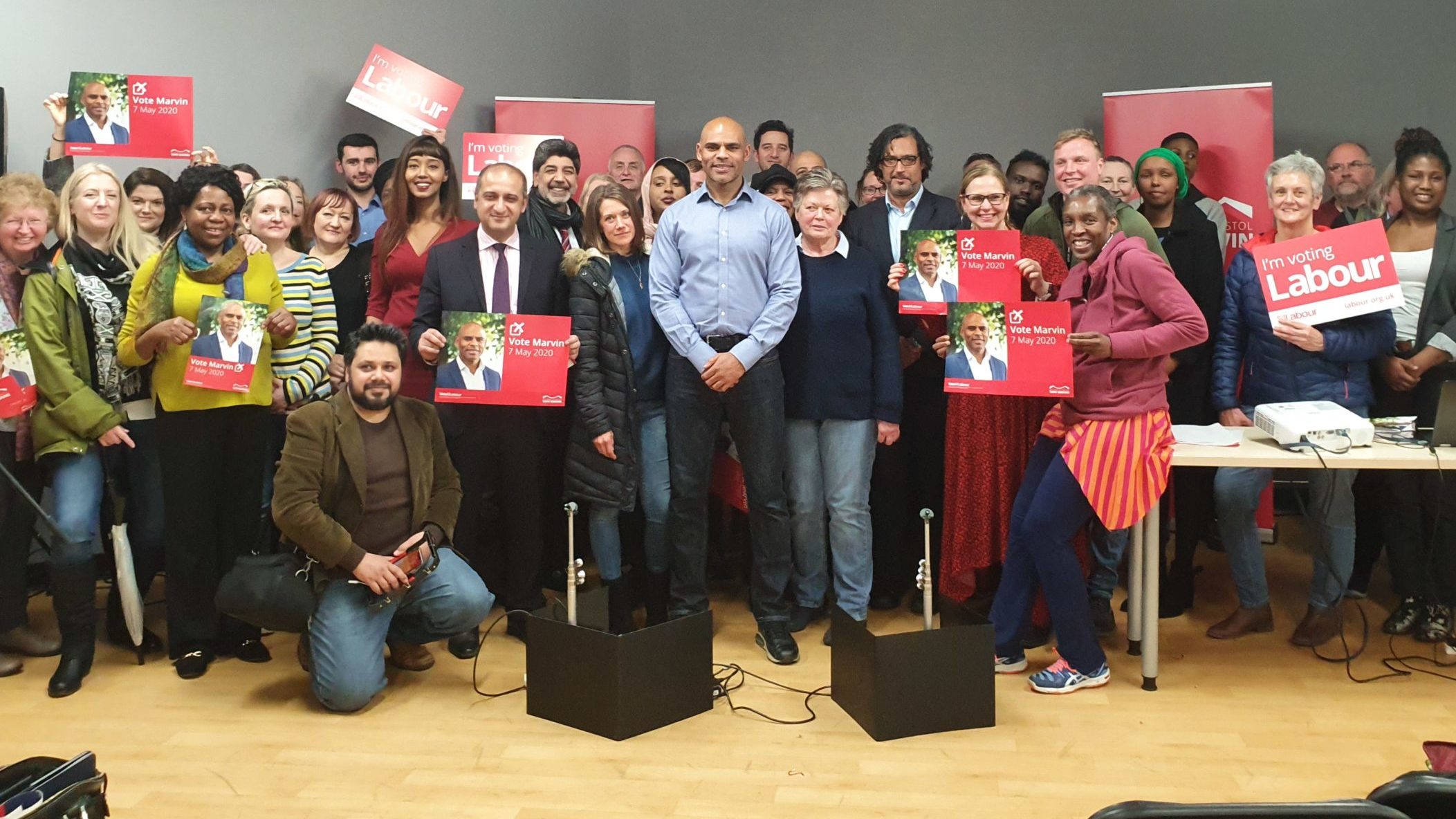 Environment and Sustainability
To invest £1bn in clean energy, double the tree canopy, grow sustainable food in every ward and deliver climate and ecological emergency plans for the city.

Rees says the City Leap programme is set to “transform our relationship with energy, reducing our carbon footprint”.

He continues: “Growing food locally will help to tackle food poverty and will be integral to our city commitment to achieve the gold standard in food sustainability. Working with partners, we will invest money and land in planting trees.

“Bristol is delivering the Green New Deal and working with cities around the world, through the global parliament of mayor, Eurocities and c40 to tackle climate change.”

Health and Wellbeing
To enable people to live fulfilled, independent lives in their own homes for as long as possible and double the number of adults with learning difficulties supported into employment.

Rees says his administration has introduced technology to support independent living and a HomeFirst service, which is returning people home quicker after a hospital stay while also reducing readmission.

He adds: “Paying care workers the living wage and travel time and delivering a UNESCO age-friendly city is more evidence of how we are delivering for our elders.”

Homes and community
To build council and social homes; building more than 2,000 homes each year, of which 1,000 are affordable, and reduce the number of households in temporary accommodation

Rees says: “Tackling the housing crisis, with 12,000 on the housing waiting list, and over 500 in temporary accommodation, will remain our top priority. We have committed £85m to accelerate home building, and £61m for Goram Homes, our own housing company, while freeing up a further £15.7m to invest in building council homes.”

Learning and skills
To build new secondary schools, deliver quality work experience and apprenticeships, and deliver adult learning and youth opportunities, including two Youth Zones – a concept inspired by others in the country that would see new facilities for young people, delivered in partnership with a specialist organisation.

Rees says: “With current plans for new secondary schools we will provide the school places and choice parents want.

“We enabled 3,500 meaningful experiences of work delivered this year alone to our young people and many more are being supported into work. Two new Youth Zones, one in the north and one in the south of the city, will form a key element of our revamped youth services, delivering hope and opportunity for our children and young people.”