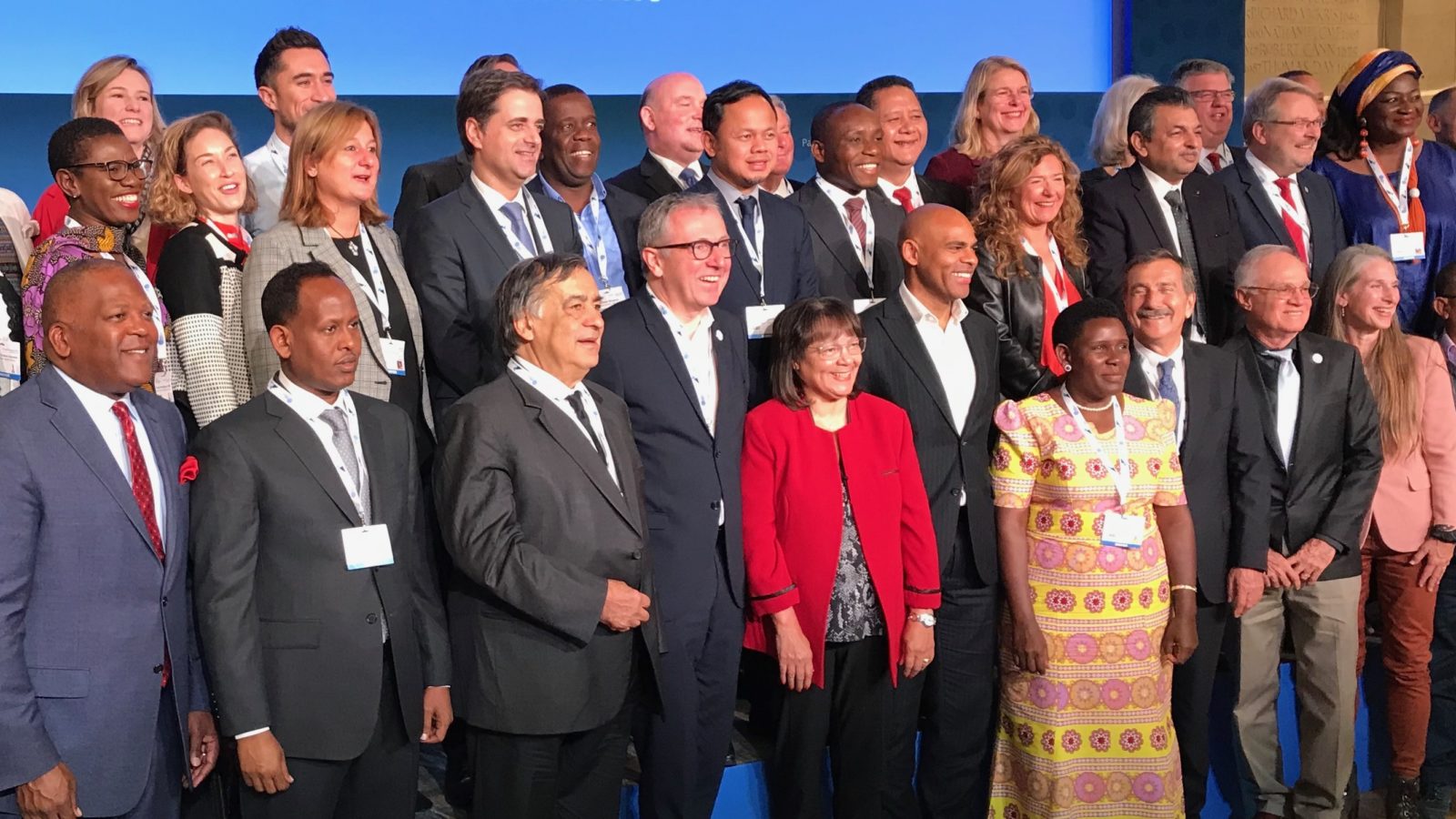 Dozens of mayors from across the world have descended on Bristol for the Global Parliament of Mayors annual summit 2018.

Bristol mayor Marvin Rees is the treasurer of the GPM, which “strengthens the voice of cities in global governance structures and elevates the voice of city networks on key global challenges: migration, health and urban security”.

Amid tight security, the summit is taking place on Monday and Tuesday at City Hall, with one of the first jobs of the gathered mayors on Monday to pose for the group photo.

Before the official start of the summit, the mayors visited the SS Great Britain and the Clifton Suspension Bridge, with the welcome reception taking place at Bristol Museum & Art Gallery on Sunday evening.

Rees was one of the first speakers on Monday setting out the programme for the summit, before a keynote speech by mayor Steve Benjamin of Columbia, South Carolina, in the USA.

Following the photo session, a debate about migration took place in the council chamber with speeches from mayors including those from Freetown in Sierra Leone and Palermo in Italy.

Other sessions over the two-day event will cover themes including urban security, health, technical innovation and women in leadership. 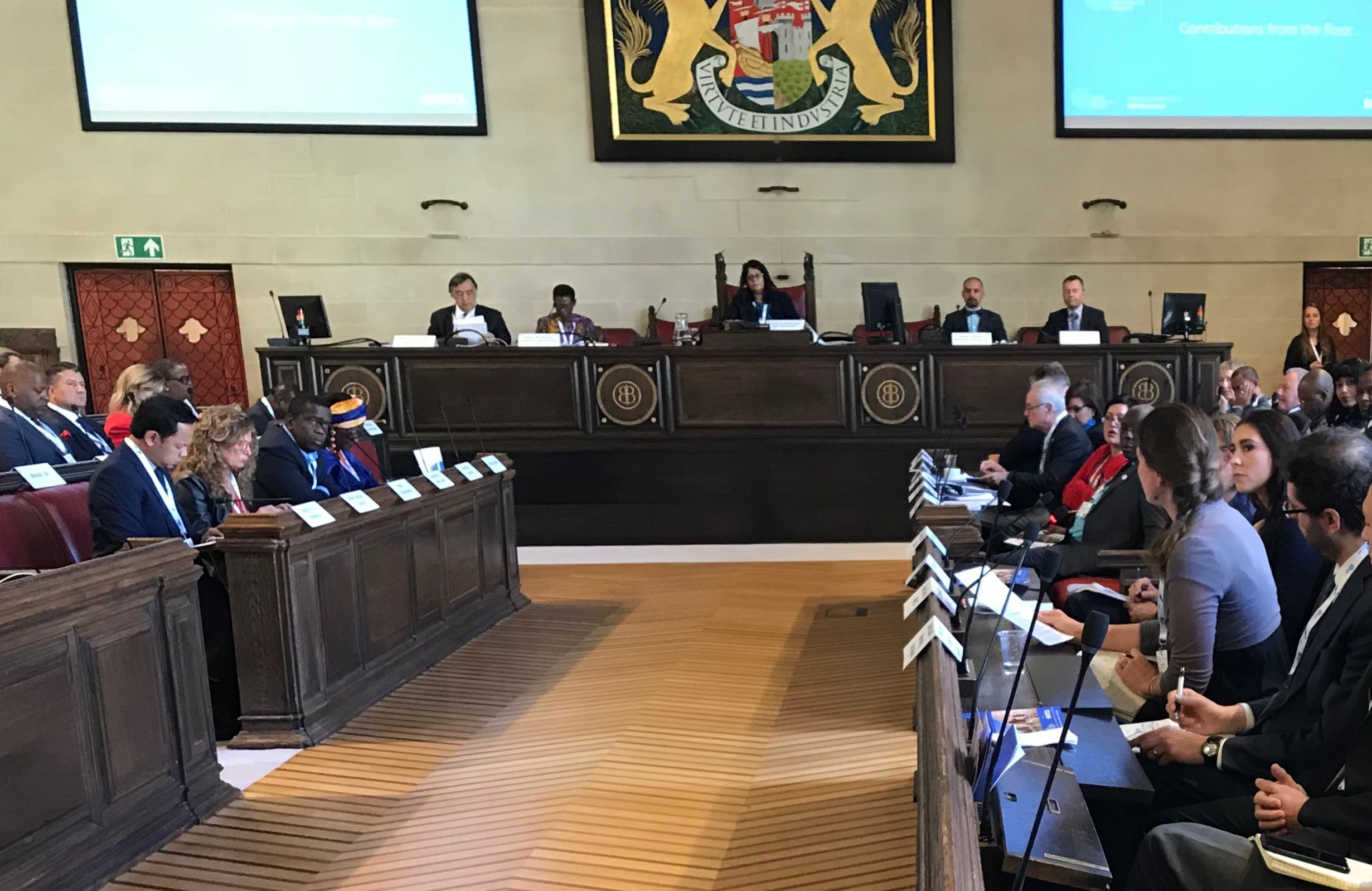 On Tuesday, after the close of the summit, there will be a UK city leaders meeting due to be attended by mayor of Greater Manchester Andy Burnham, but not London mayor Sadiq Khan who will be sending a representative.

Accountancy firm Deloitte are the main sponsors of the event, with Rees last year requesting that the city council spend £150,000 to underwrite the summit.

Dinner on Monday at Bristol Aerospace will be hosted by electric scooter company Bird, while YTL – who want to build Bristol’s arena in the Brabazon hangars in Filton – sponsor Monday and Tuesday’s tea breaks. 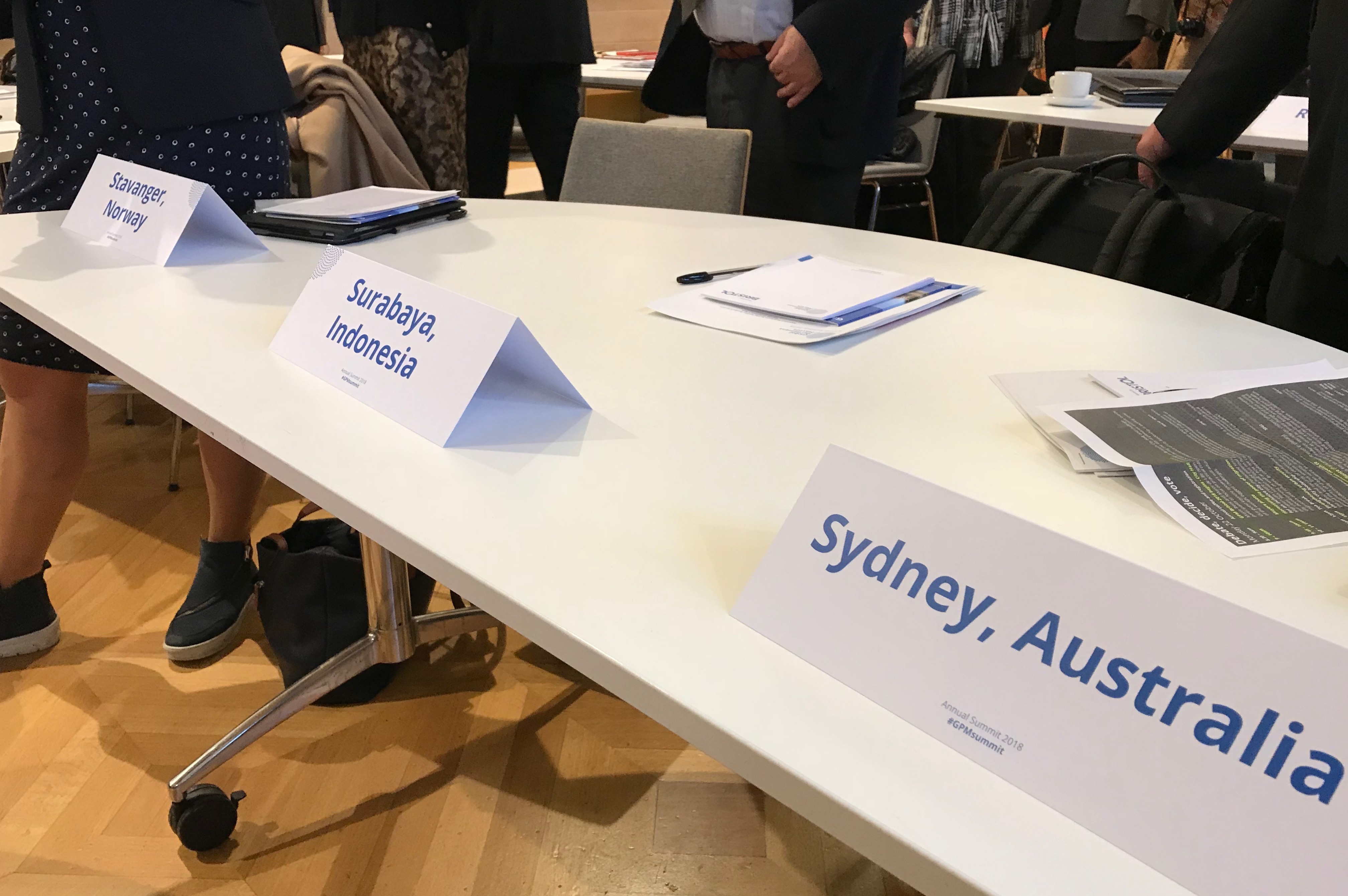 Mayors have come to Bristol from across the world

Welcoming the mayors to Bristol, Rees said: “Like many cities, Bristol faces the challenges of economic inequality, political disillusionment, worsening population physical and mental health, urban safety and the urgent need to tackle a housing crisis and climate change.

“My national government is important, but they do not come up with the solutions and sometimes even compound the problems. I find common ground with mayors all over the world when I share that experience.

“In contrast, it is with the collaboration of city level leaders, thinkers and mayors that I am most hopeful.”