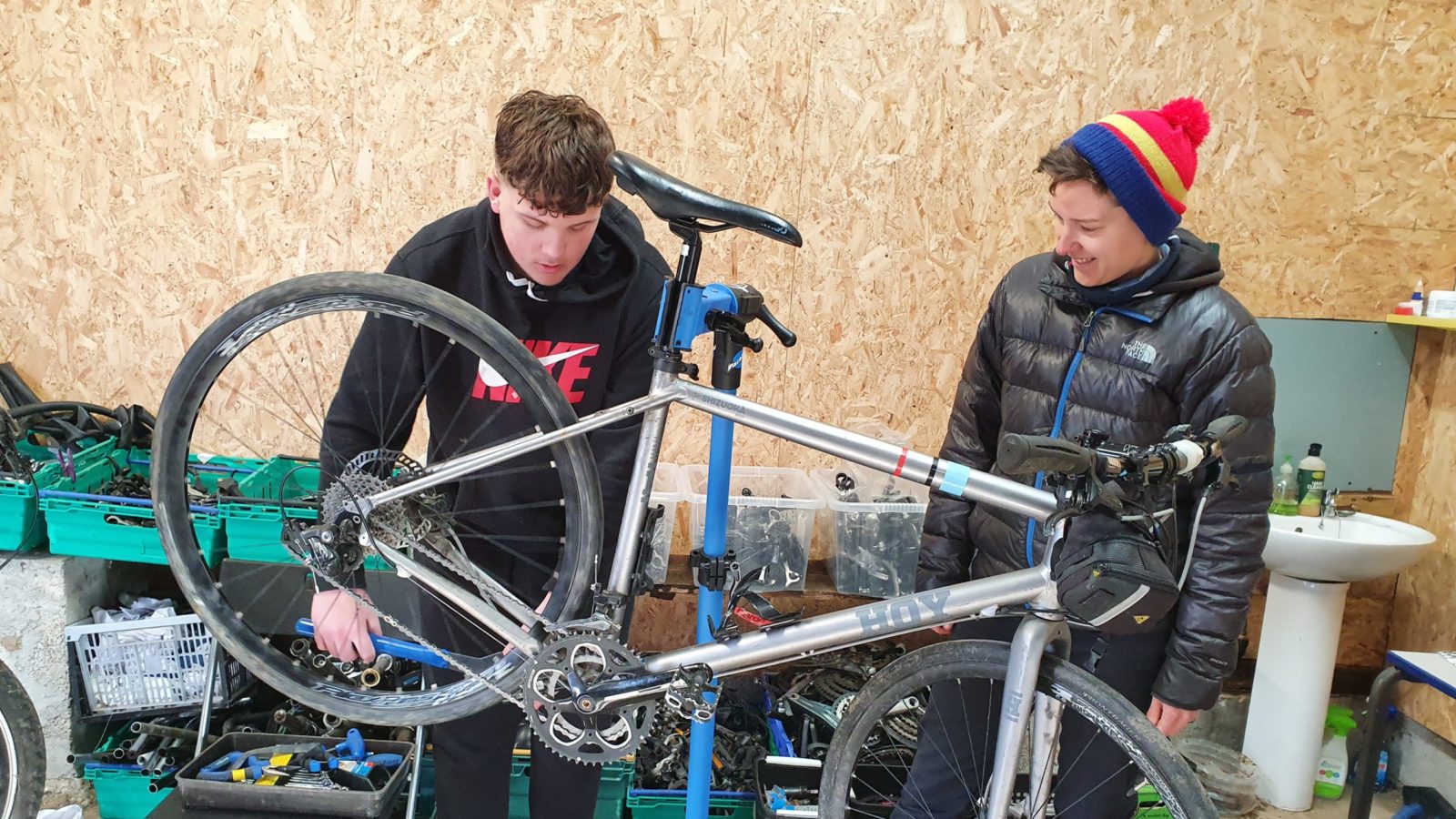 A cold blast of wind comes through the open door of Fixx bike workshop, where the kettle’s just boiled for the first brew of the day.

“It’s buy one, get one free today,” quips Liam, gesturing at a stack of bicycles awaiting repairs inside the outbuilding at Hartcliffe Community Farm, which has been home to the social enterprise since May 2019.

The 19-year-old is one of a small group that has been involved with the project from the beginning. 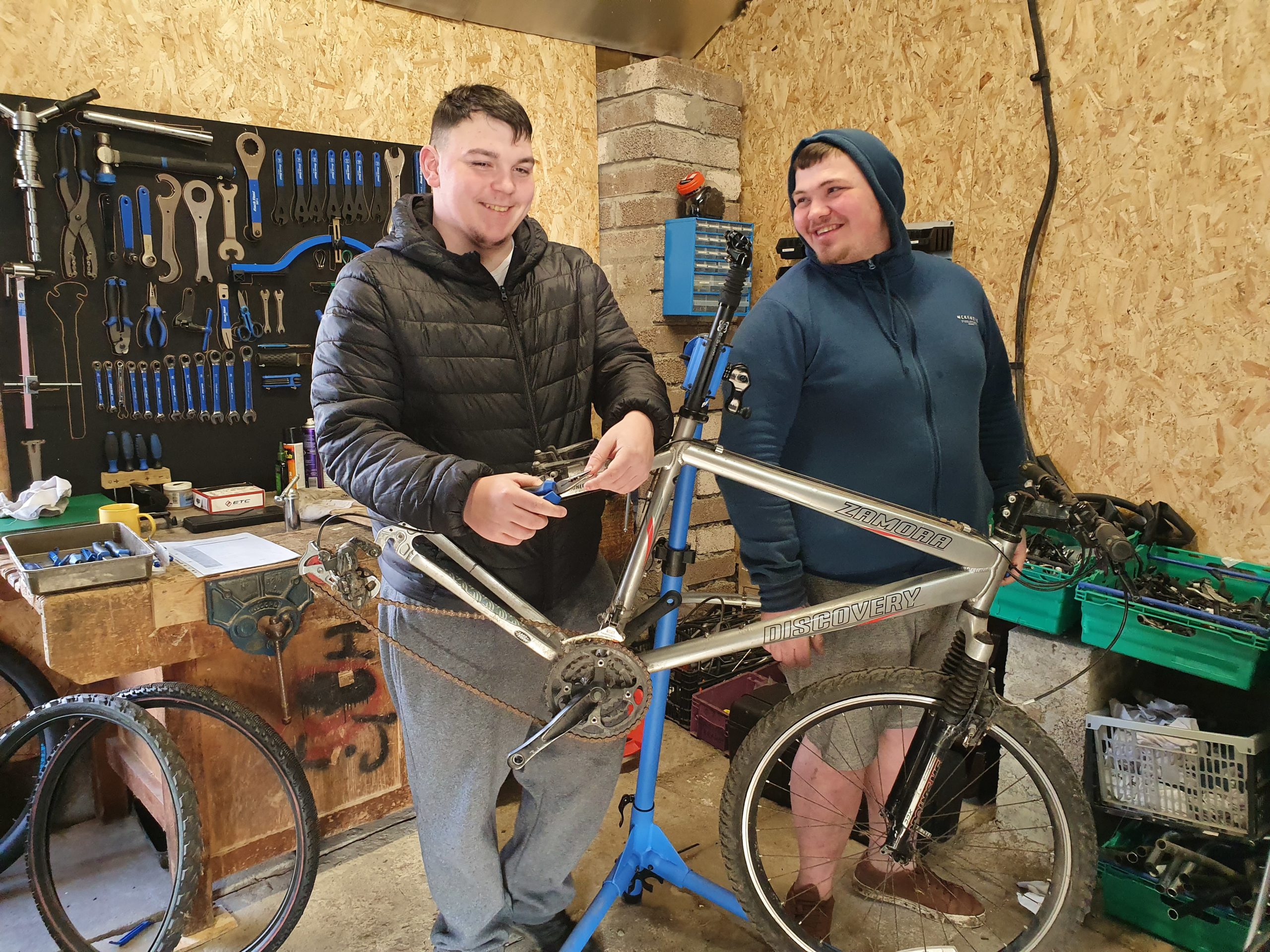 FixX started as a few pilot sessions in local schools and church halls and has grown into a thriving non-profit organisation that works with young people to teach bike mechanic skills, and also help build self-confidence, resilience, purpose and pride through the enterprise.

But its future has been thrown into uncertainty after its landlord, Hartcliffe Community Farm, was served an eviction notice by Bristol City Council. The farm was given a nine-month reprieve on Friday, with plans to transfer it to new management after this period.

Dave Cousins, director and founder of FixX, says he doesn’t know what it means for the long-term future of the bike workshop.

“The frustration has been that we are the farm’s tenants,” Dave tells Bristol24/7, standing just outside the workshop on Tuesday morning.

“We had notice to say we had to be out by the end of the month so it’s just really uncertain.”

The outbuilding at the community farm is an ideal location for the organisation as it is in the heart of the neighbourhood.

“There are so few business sites in the area and we want to be visible in the community, not far out,” explains Dave.

“There is a positive impact just in being seen. It stops the narrative that ‘there’s nothing to do in Hartcliffe’.

“We did focus group work and there were virtually no local enterprises mentioned – Morrisons was the only business that kept coming up. If you go to somewhere like Stokes Croft, there are hundreds of micro businesses.” 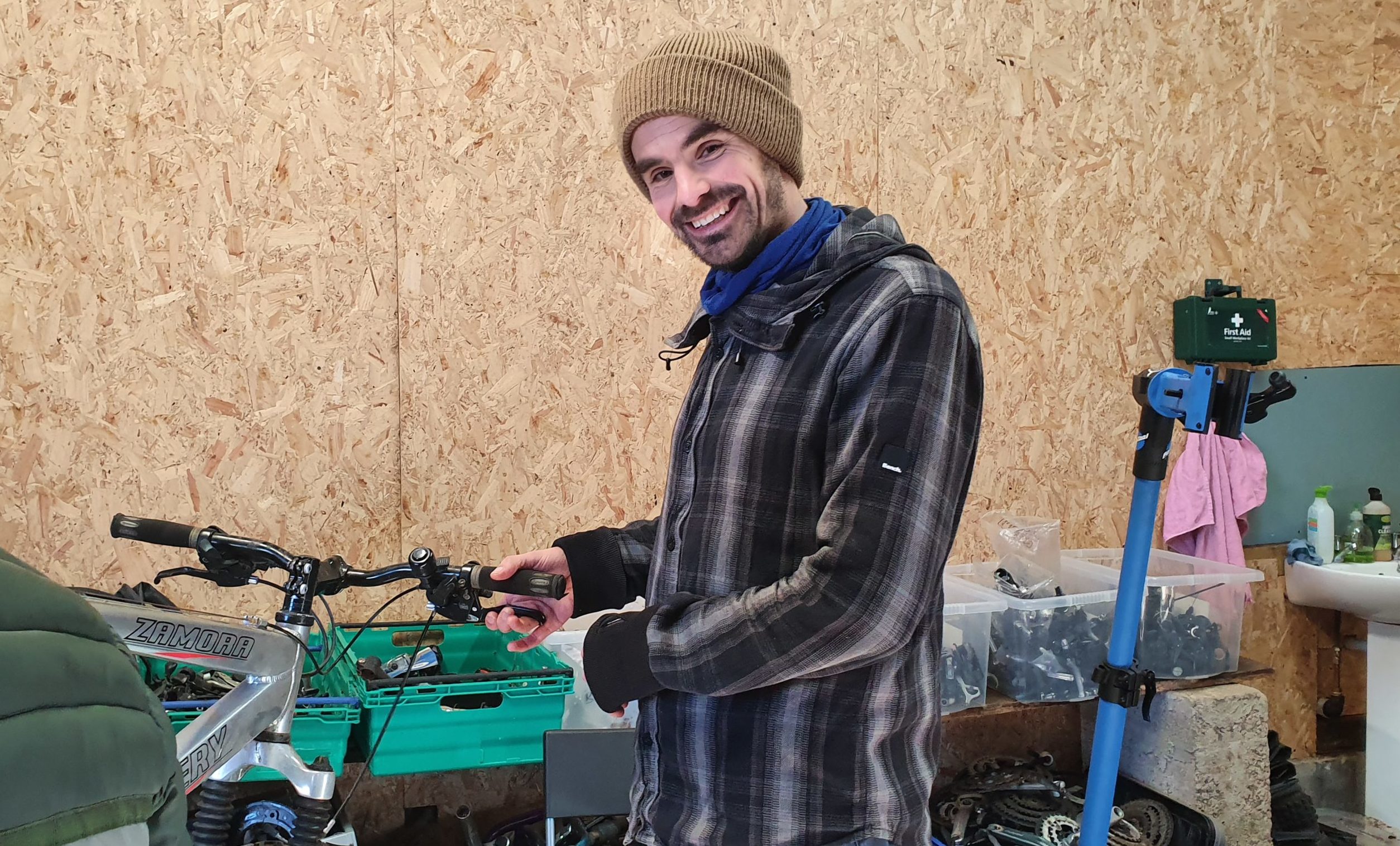 Talking about the idea behind FixX, Dave continues: “I worked in the area as a youth worker so the idea was to build on strengths in the community and use the skills there to make a viable business.

“It’s not just about young people becoming bike mechanics, it’s about providing a stepping stone and building confidence and a sense of purpose. It’s also developing skills so people can deal with the inevitable knock backs.”

Since moving to the community farm in May last year, Dave and his team have invested precious resources in insulating the workshop and making it a welcome space for people to use. The plan is for further improvements, but these can’t be carried out while the longterm future of the workshop remains uncertain. 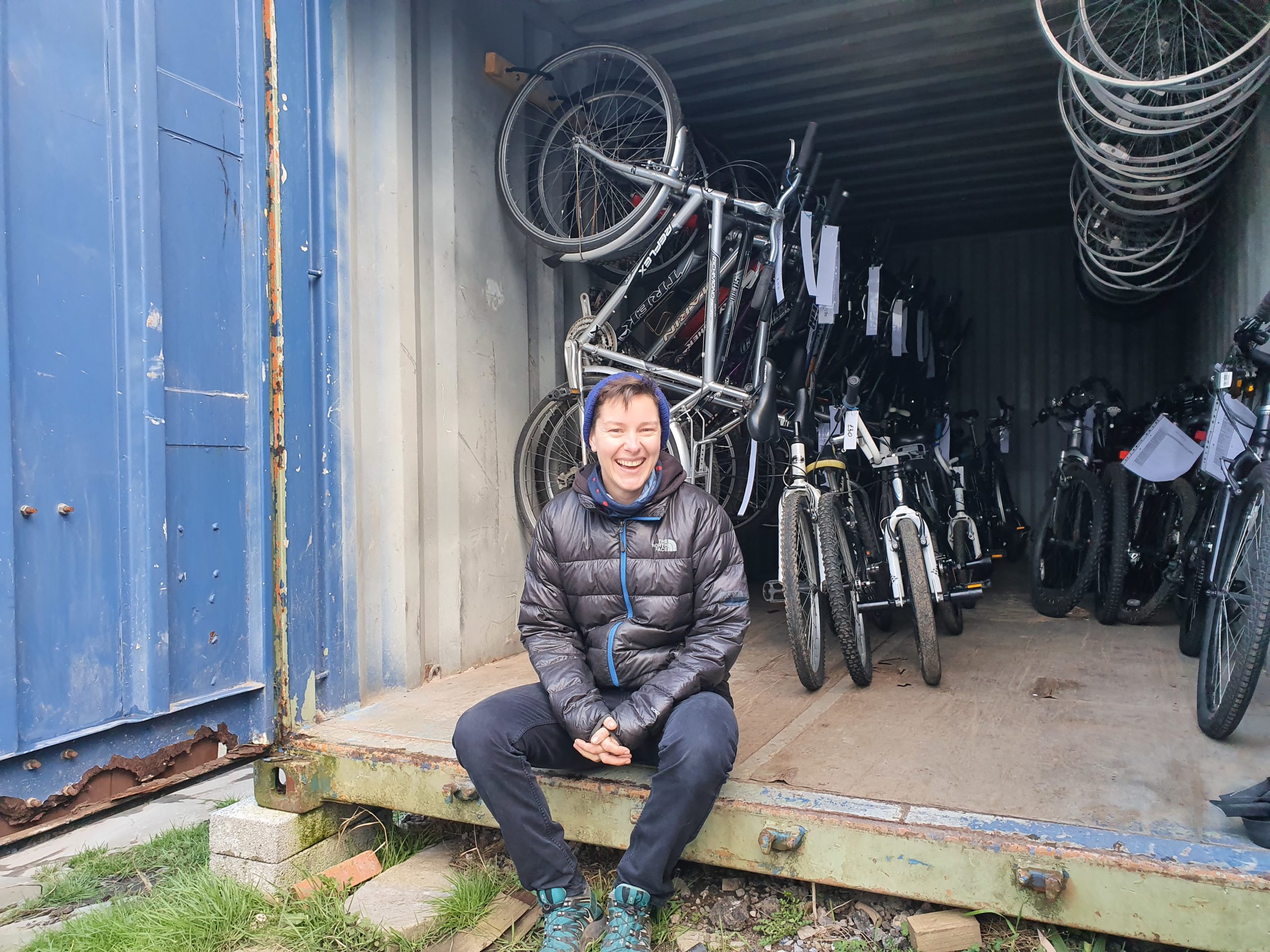 Back inside, workshop manager Lucy Greaves is working with 15-year-old Joe Cherry on fixing one of the donated bikes.

Speaking about the role, she says: “Teaching young people is the best bit. We have had some who have really taken to it and been really enthusiastic from the start and some that are more nervous and less sure.

“It’s good to see them grow in confidence over a few weeks. It’s a chance to teach resilience that may be nothing to do with bikes.”

FixX runs six-week course for people from 11 to 19. Over the course of the programme, each participant will fix two bikes; one of which they can keep and the other is put up for sale by the organisation.

Liam says his dad used to run a similar workshop at the site some years before. He’s been working with bikes his whole life and sees the value in having the enterprise right on the doorstep

“It needs to stay in the area,” he tells Bristol24/7. “It stops these little fuckers being in trouble all the time,” he adds with a grin.

Matt Frampton, 20, adds: “It keeps kids off the streets and teaches them a life skill.” 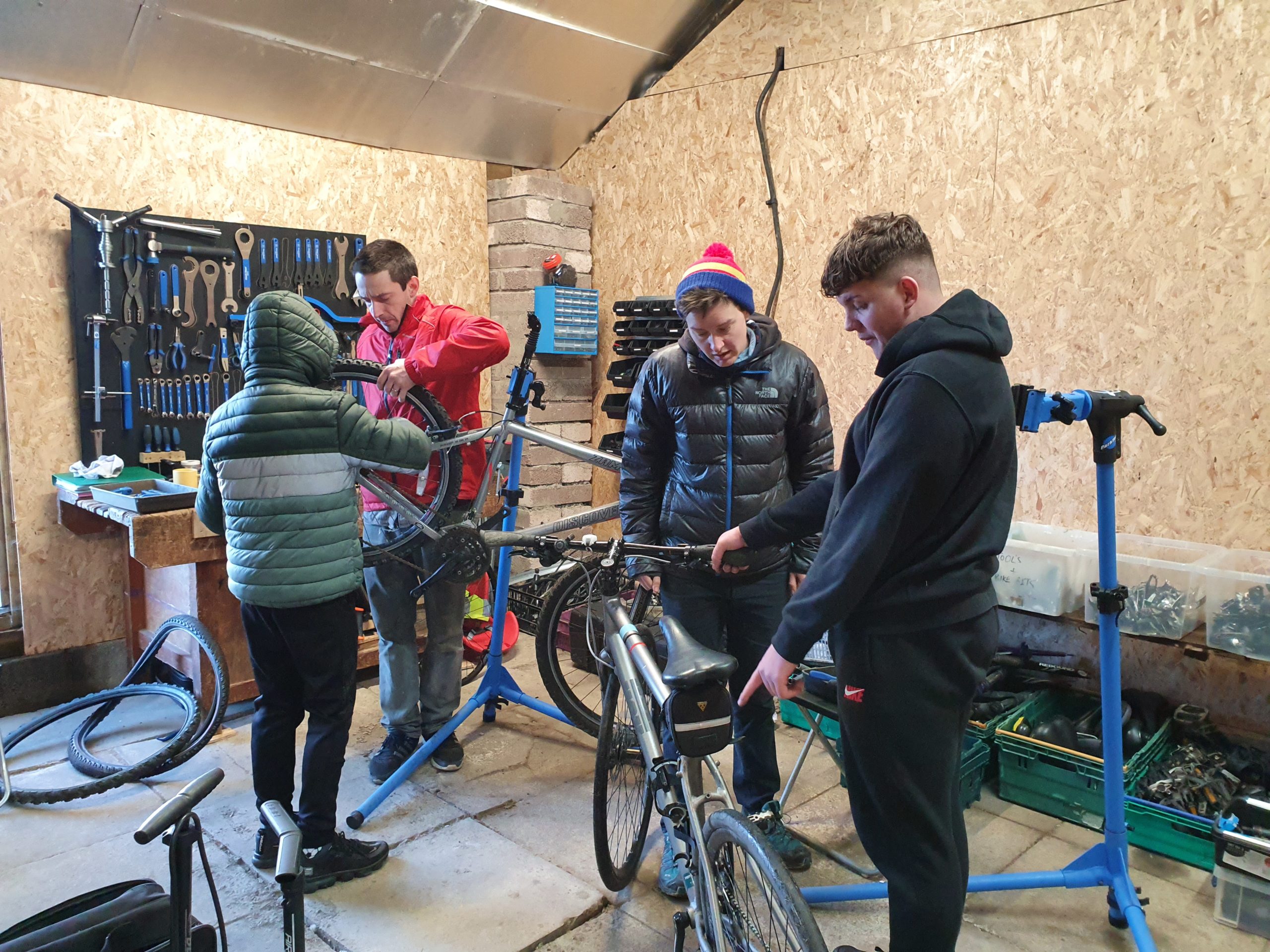 Bikes are donated, fixed up and sold on 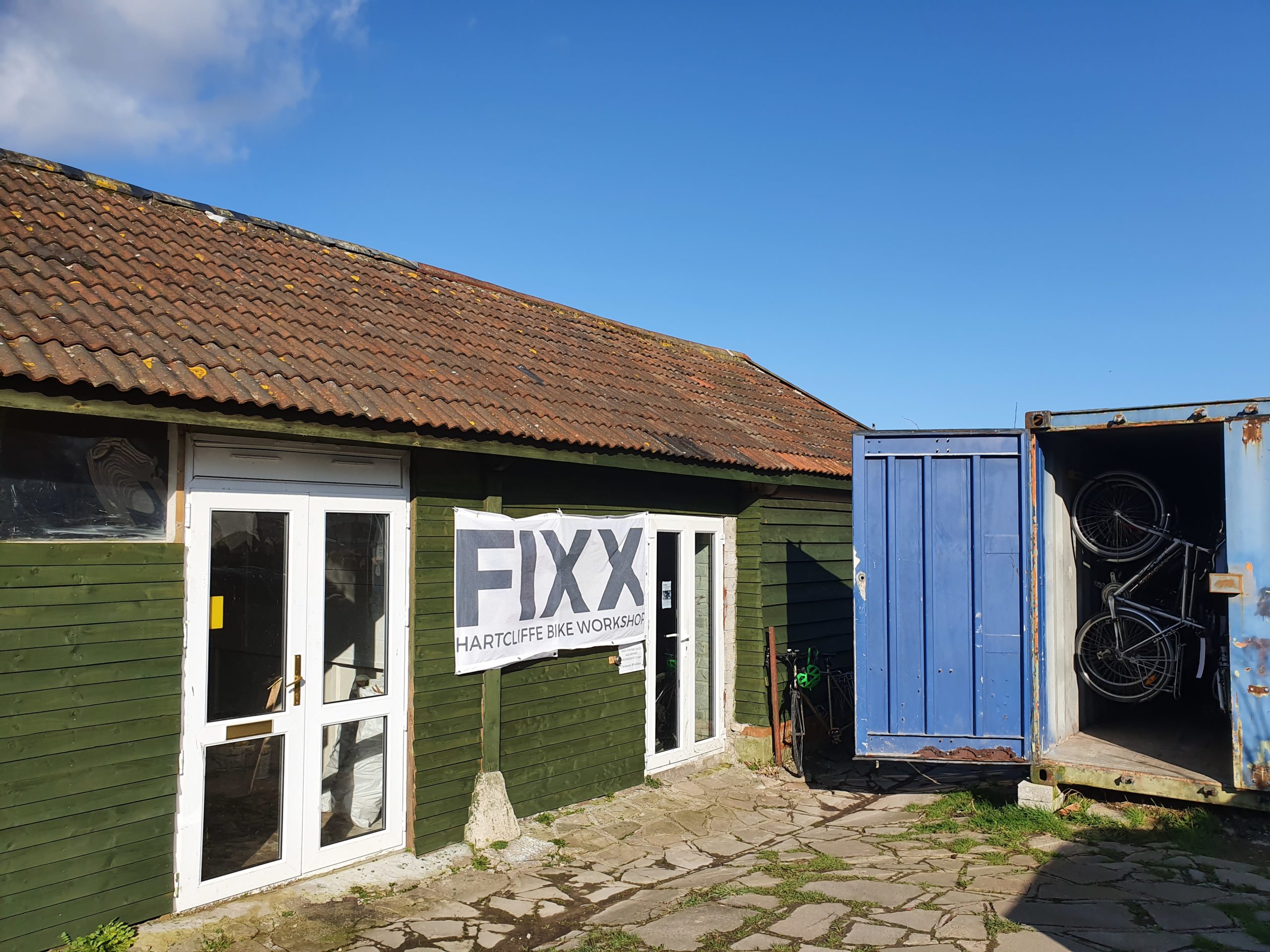 Bikes are available to buy from FixX every Wednesday and the organisation is running a bike sale on Saturday, February 15 from 10am – 2pm. Visit www.facebook.com/FixXBikes/ for more information.