Within a vibrant, art-filled room in a Hartcliffe playground, a small group of girls are nibbling on grapes and strawberries while they plot their next project.

It’s a couple of months since these young students, and their friends, made headlines across Bristol and gained a standing ovation at a city council meeting for their campaign calling for free bus travel for all children – but this is only the beginning for them.

“It’s important to all of us because we do not always have the opportunity to go around our own city. It’s something we are passionate about,” says Mia, 13.

“Is it fair that some children have to miss out because they can’t get to places?”

The group are all part of Room 13, an independent art studio in the playground of Hareclive E-Act Academy primary school in Hartcliffe, which is run by children for children and encourages creativity, enterprise and independent thinking.

The tongue-in-cheek film that helped launch the campaign for free bus travel was created here and is just one example of the work of the compact studio that has a big impact, even giving children of south Bristol a voice on the national stage as part of an exhibition at the Tate Modern in London. 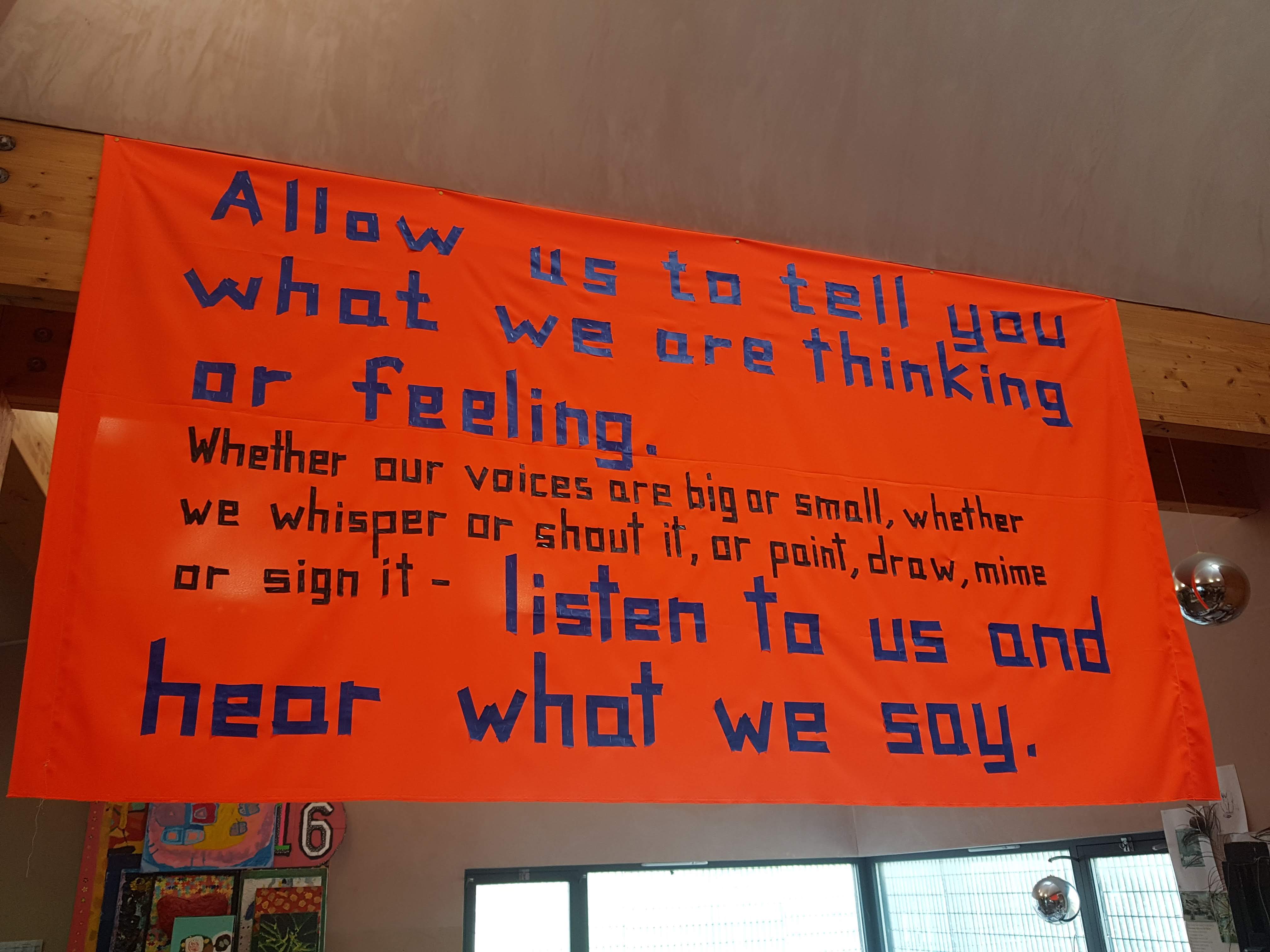 Part of that work still hangs in the purpose-built studio – a bright orange banner emblazoned with the words: “Allow us to tell you what we are thinking or feeling. Whether our voices are big or small, whether we whisper or shout it, or paint, draw, mime or sign it, listen to us, hear what we say.”

“It’s a place where ideas are made,” comments artist director Shani Ali, who is co-founder of the studio along with Paul Bradley, and collaborates with children to run sessions. 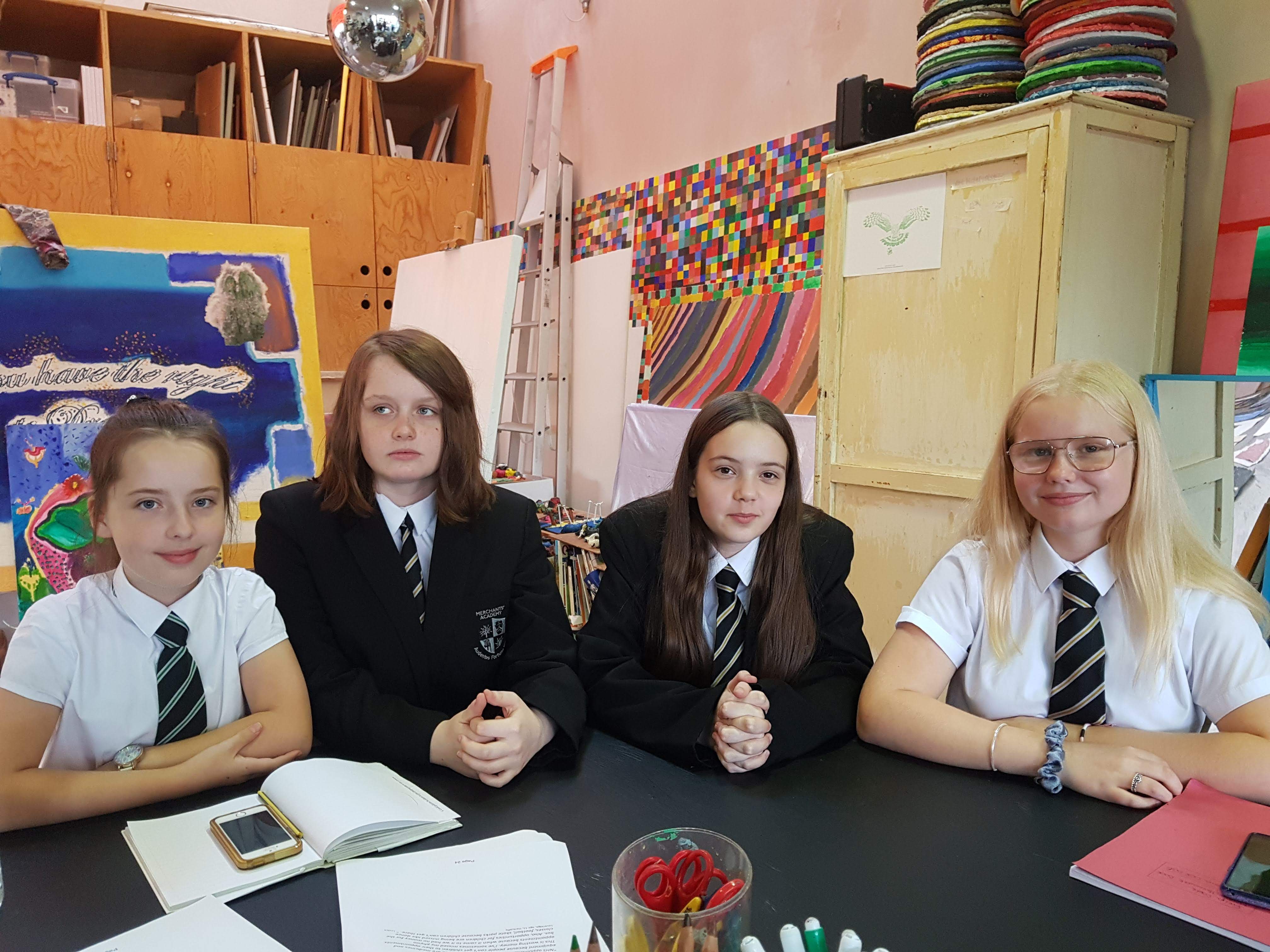 Back at the table, the group return to talking about the campaign for free bus travel.

“Free bus travel would be the ultimate, which could happen, but also we just want to spread the word so that it’s discussed across the city,” says Freya, 13.

“A lot of children do not have a voice, so we are like voices for children, because I’m sure 99 per cent of children want to get out more.

“It’s about exploring the city, but also if your friend’s having a party you might miss out because of the bus fare – or the same with educational trips. Money should not stop the different opportunities that children have.”

She says the team decided to make a film because it’s a creative and effective way of getting the message across.

It was because of Professor Antonia Layard from the University of Bristol that the film idea could go on to become a reality. She approached Room 13 about doing a joint project on the issue and commissioned the young students to come up with a creative response, which was funded by the Brigstow Institute Seed Funding.

A public report on Professor Layard’s research into the issue will be available soon.

“How can children grow up and enjoy their city if they can’t get around it?” was the message posed to councillors at City Hall in July. Since then, there have been talks about at least piloting free bus travel for children over a weekend. 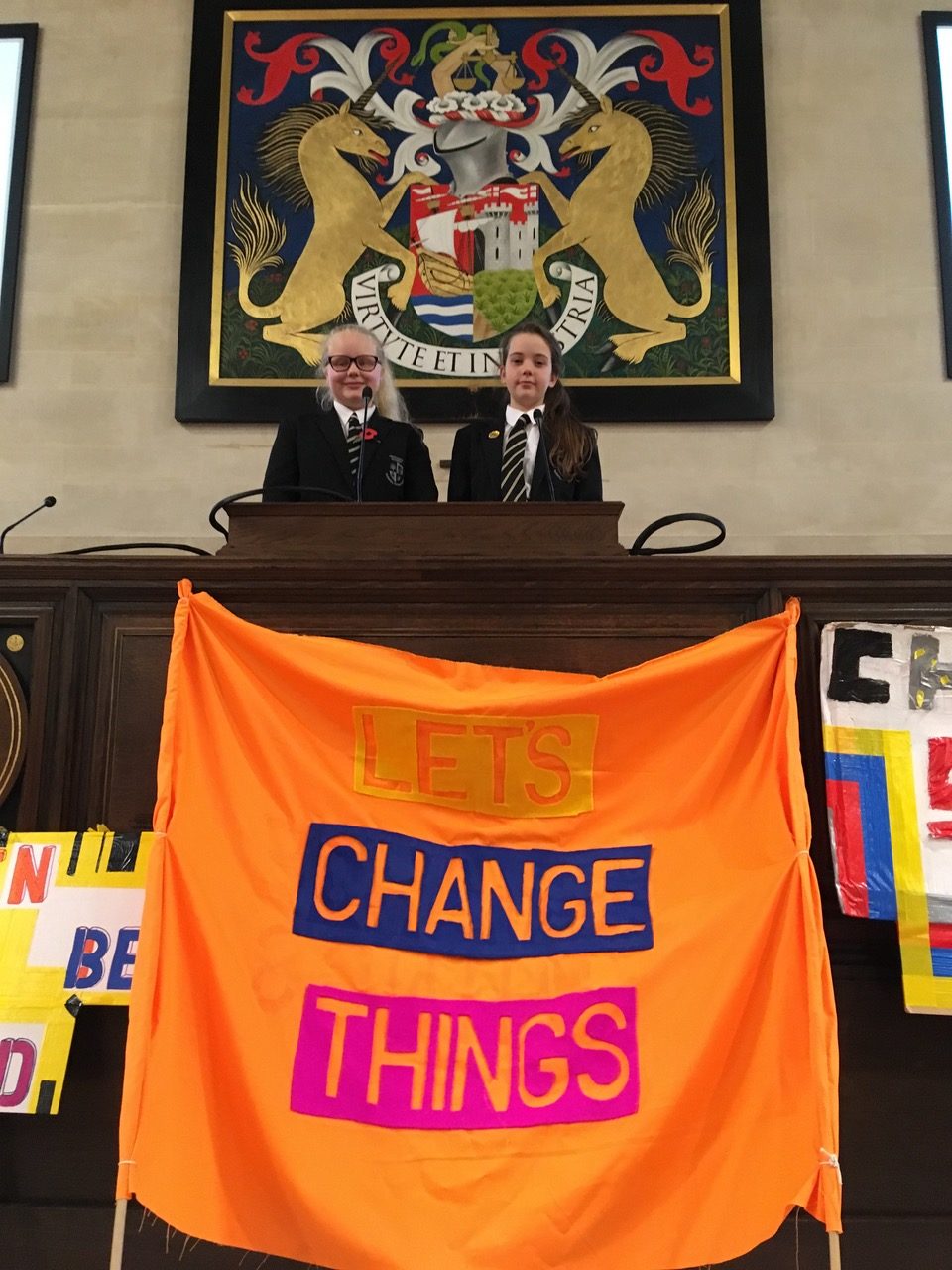 It would take away the cost barrier for families who live further from the centre from accessing free events, attractions and activities, as well as help with reaching appointments, sports and social events.

Speaking about the impact of the project Ingrid Skeels, development worker at Room 13 Hareclive told Bristol24/7: “Our first meeting with Helen Godwin, the cabinet member for women, children and families, back in July was very positive and supportive. She understood the issues and agreed that the long-term goal for the city should be free bus travel for children. We were delighted.

“As we are an artists’ studio and not a campaigning organisation, we wanted our film to start a conversation in the city. We hope that now it is out there, other groups and spokespeople can use it to raise this important issue in Bristol and help to bring about change for children.

“Because we know the journey to free bus travel could be a long one, we would love to see a free trial weekend for children and young people next summer if that could be possible. We hope the council will support us in this approach to First Bus.

“The children were very excited and proud that their film and voices have made it into the city and City Hall. Being heard is very important.

“However, we also want to see action. Not least because that way, these brilliant young thinkers, creators and activists from Hartcliffe get to experience making change happen in their city – and that is very powerful.”

European funding was secured in 2006 to build Room 13 Hareclive, which opened in July 2007. It is a space in which children from the age of five can work on their own creative ideas and projects at their own pace at breaktimes or after school.

It is a flagship model for the UK and has a proven impact on developing creativity, confidence, concentration, aspirations and voice. 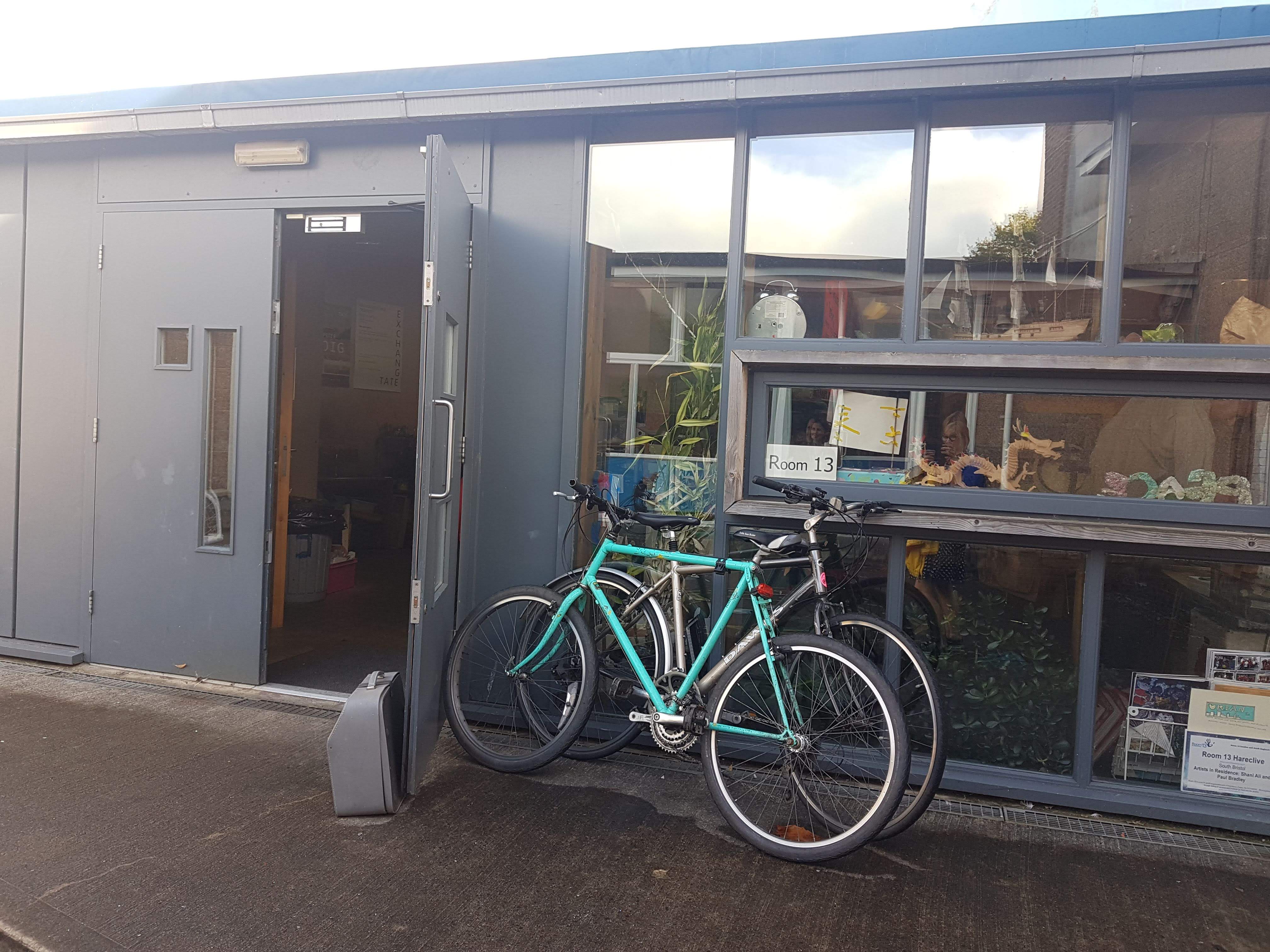 Speaking about what the space has meant to her, Lexica, 11, tells Bristol24/7: “Before I started coming to Room 13, I always kept to myself and was really quiet. Then I started coming here and I started talking to other people and making friends that I never would have made without Room 13.

“I would not usually get to do art at home and art has given me a voice to speak to different people. Ever since I started doing art, I have become more confident.”

Read more: The heart of Hartcliffe