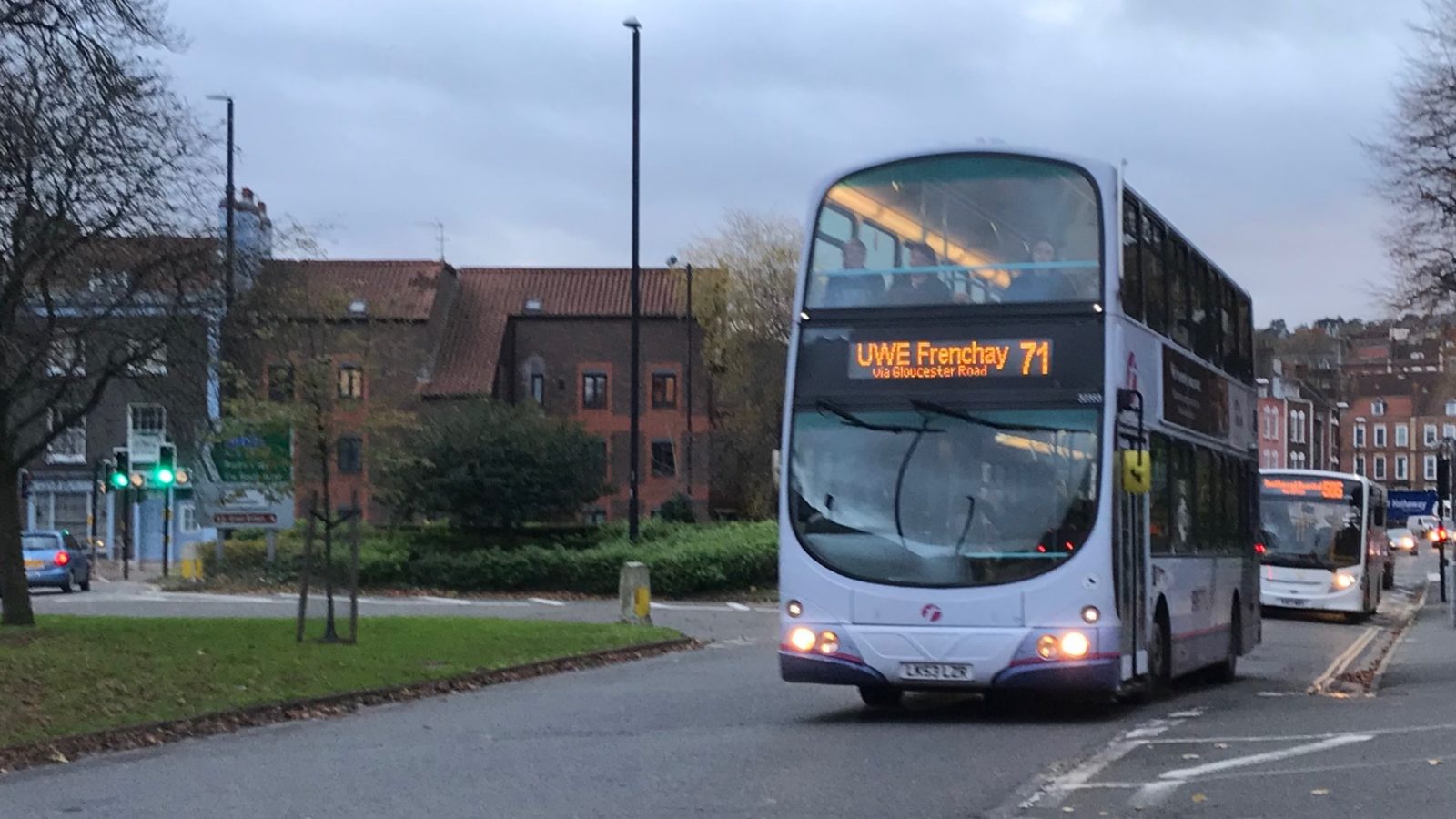 The managing director of First Bus in Bristol has apologised to passengers for the “appalling disruption” they are facing across the city and wider area.

In a letter, James Freeman blamed ongoing roadworks for the causes of many of the problems.

Some of the worst affected routes are on the Bristol ring road, with late buses and passengers getting stranded in places like Hambrook due to overcrowding.

South Gloucestershire Council came in for particular criticism from Freeman, specifically for causing problems on the m1 metrobus route at the Great Stoke roundabout on Bradley Stoke Way.

“Here we are at the start of a new decade and no more than a week into it we are confronting appalling disruption to our lives as a result of traffic congestion, particularly in the northern fringe of the conurbation,” said Freeman’s letter to passengers.

“While this affects many people, it particularly impacts people who have made the lifestyle choice to use public transport to travel, particularly to their work.”

Freeman said that some buses were “gummed up in appalling delays” on the A4174 Ring Road, where what was meant to be a 35-minute journey was taking an hour and 35 minutes.

He said: “Not only is that frustrating for those on board, arriving at work late, in all probability, but it also means that the buses weren’t getting back to Emersons Green to operate their next trips.

“So, the bus to operate the 0815 departure from Emersons Green was actually only getting back there after 0900.”

Congestion caused by the roadworks at the Great Stoke roundabout on Bradley Stoke Way has delayed buses by up to 40 minutes during morning peak times, Freeman told passengers in his letter.

Freeman does not sit on Bristol mayor Marvin Rees’ transport board as part of his recently updated One City Plan, but he is a member of the city leaders group.

Read more: ‘Why we need to take back control of our buses’