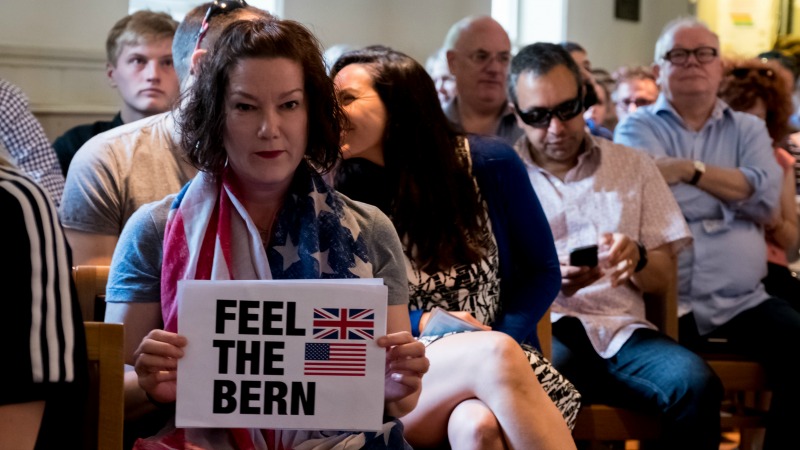 Before he had even opened his mouth, Bernie Sanders received a standing ovation from many in the audience at St George’s.

The Vermont senator was in Bristol on Saturday morning as part of the Festival of Ideas.

Yes, he had a new book to promote, but even he seemed slightly abashed to mention this fact and instead spent most of his talk covering subjects including climate change, healthcare and, of course, Donald Trump.

At times it was like being at a campaign speech from Sanders, who narrowly lost out in the race to secure the Democratic presidential nomination to Hillary Clinton.

“Please do not confuse Mr Trump’s views with the views of the vast majority of the American people,” implored Sanders, whose wife, brother and sister-in-law were among the crowd at St George’s. 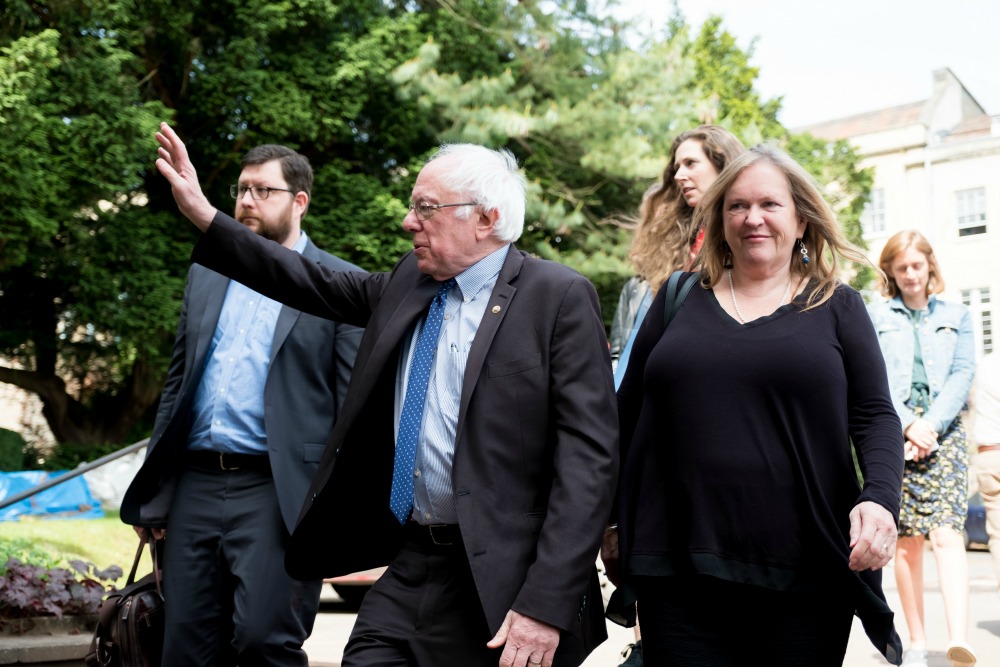 Tickets for this event sold out on the morning that Bristol24/7 exclusively revealed that Sanders was coming to Bristol, and his talk was broadcast live into two screens at the Watershed to allow more people to watch.

One person in the audience was Texas-born Lauren Dare, 35, a mother-of-two from Stoke Bishop.

She said: “I’m here because it’s really rare to see an American politician outside of America. It’s really interesting that this event sold out so quickly. There’s such an aptitude for Bernie Sanders and his kind of politics abroad.

“He elevated the conversation in the US to talk about issues that affect everybody even if you don’t realise it.”

Dare added: “It’s a real shame that the politicians in the States now have gone to the opposite side of the scale.” 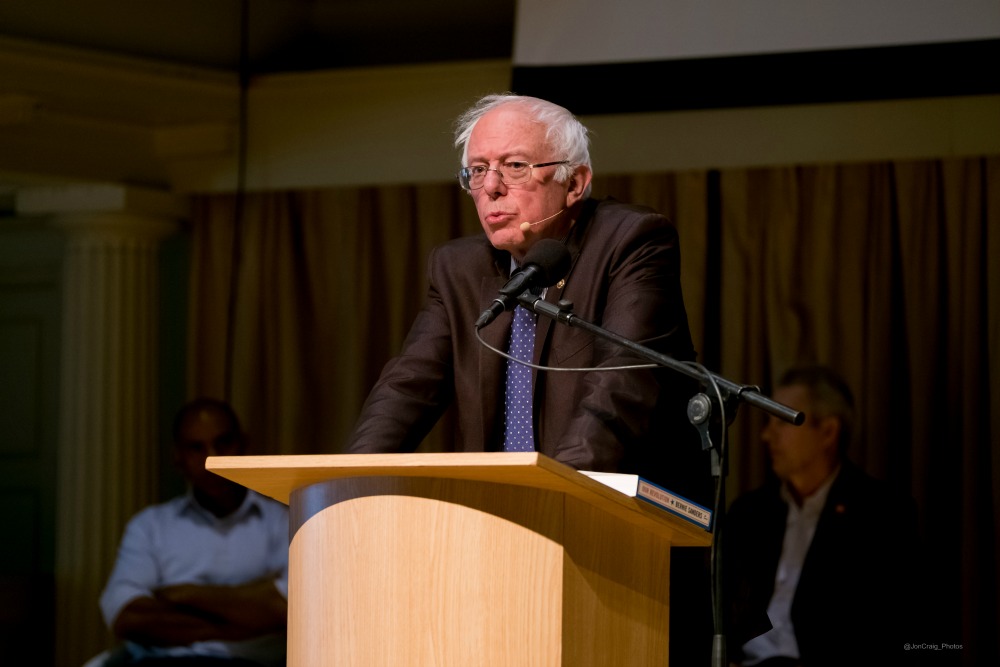 Bristol mayor Marvin Rees was on the stage with Sanders, and asked him a question about healthcare reform before posing for photos afterwards.

Two questions were also asked from the stage by two of Ujima Radio’s Green and Black Ambassadors, Jasmine Ketibuah-Foley and Zakiya McKenzie.

The Green & Black Ambassadors initiative is a five-month pilot scheme seeking to address the exclusion of black and minority ethnic communities in Bristol’s environmental sustainability efforts.