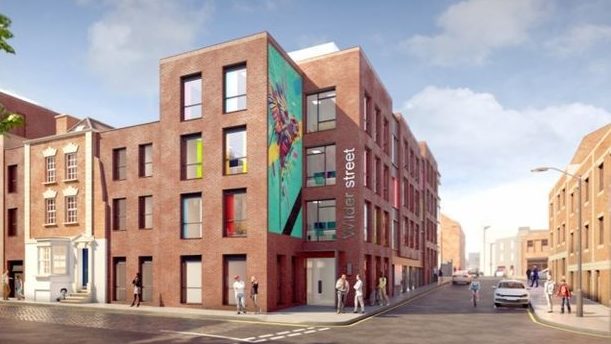 Bristol City Council has agreed to pay £7,500 compensation to a developer who won an appeal after its plans for student housing were rejected.

Watkins Jones Group applied to build three blocks of flats with beds for 345 students just behind the Full Moon pub in Stokes Croft.

But, against the recommendation of officers, a planning committee refused the application in September 2018, citing loss of employment space and over-concentration of student accommodation in the area.

A government planning inspector found that neither of these concerns was “well-founded” and overturned the decision at appeal last month.

Inspector Brendan Lyons said there were “insufficient grounds” to conclude that the development would produce a “harmful concentration of specialist student accommodation” in the area.

He added that the existing buildings “have little future value as employment space” and that the plans included 208sqm of commercial space which was “appropriate”. 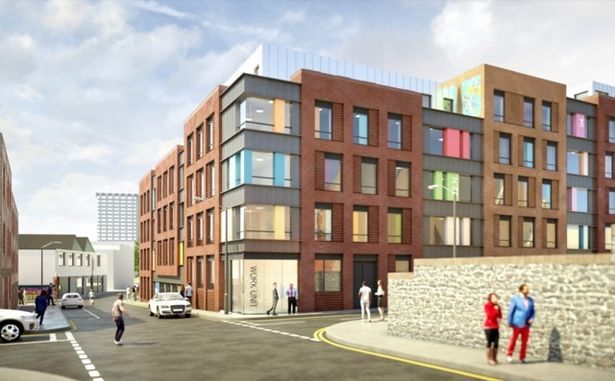 The scheme, which will now go ahead, involves a block of buildings and two car parks, which are bounded by Wilder Street, Backfields and Upper York Street.

The inspector made a partial award of costs to the developer, saying: “I find that the decision reached on the issue of concentration of student housing was not unreasonable, but that on employment land was unreasonable.”

He invited the developer to seek and agree on costs with the council.

Updating the planning committee on October 16, the council’s development manager, Gary Collins, said: “We’ve reached agreement fairly quickly because it was on a very specific ground: basically, what was the cost of actually the appellant’s defending or overturning that reason for the refusal.

“For once the appellants came in with a reasonable and evidence-based argument for their level of costs so we are agreeing to cover costs of £7,500.

“That’s just their costs, that’s not our costs in bringing the case.”