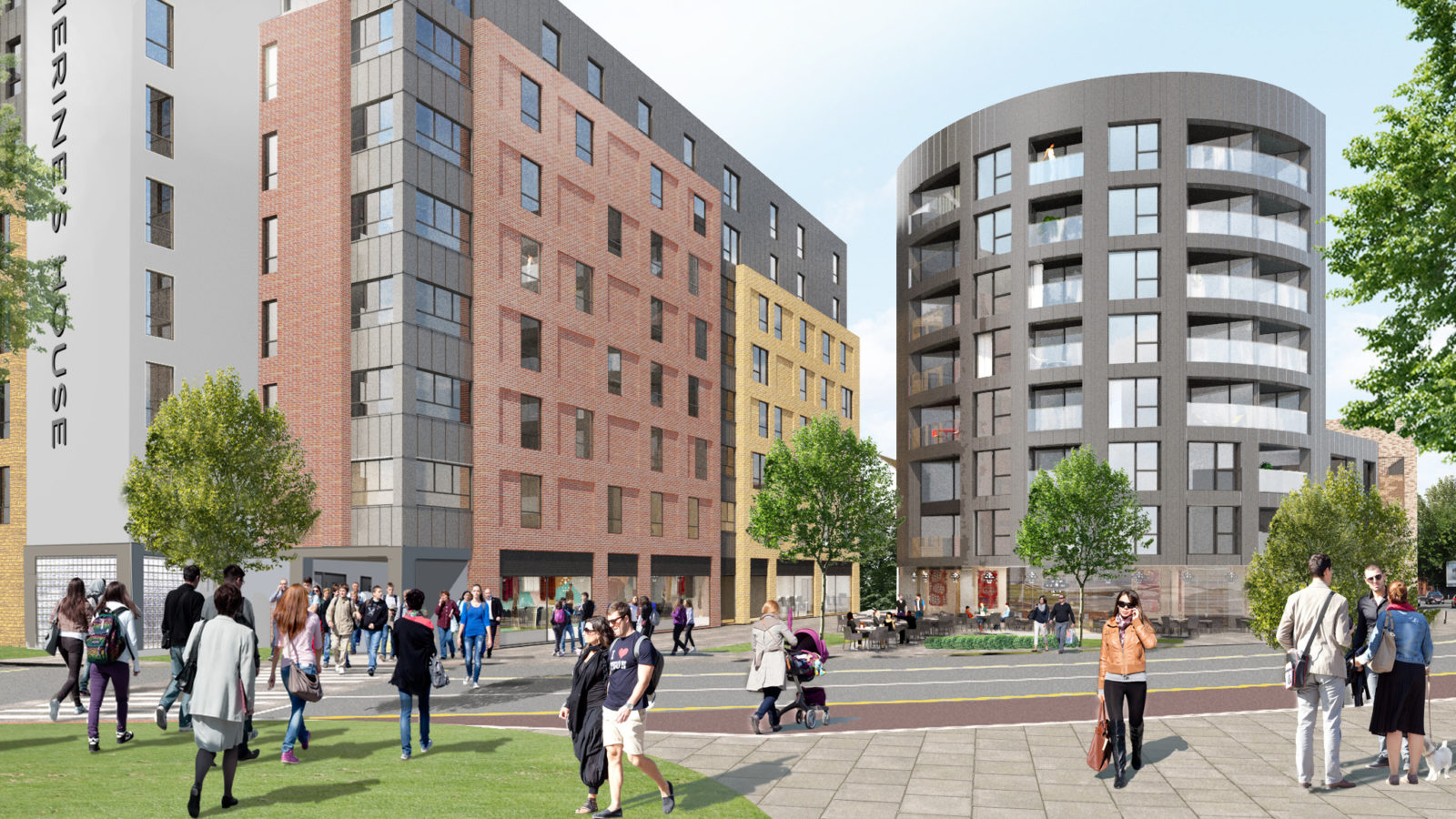 Planners have deferred a decision over a proposed £50m rejuvenation of St Catherine’s Place in Bedminster to resolve transport issues.

Bristol city councillors voted first to reject officers’ advice to refuse the development and then against approving it during a two-and-a-half-hour meeting on Wednesday (November 20).

Developer Firmstone, which wants to build 205 homes in five residential blocks ranging between eight and 16 storeys, along with shops and a cinema at the site in East Street, said it was disappointed it could not move ahead immediately and that the decision would create uncertainty.

About 20 people took turns addressing the development control committee during public forum, both for and against the plans, with several residents objecting to the height and scale of the scheme, which members heard would block out neighbours’ sunlight. 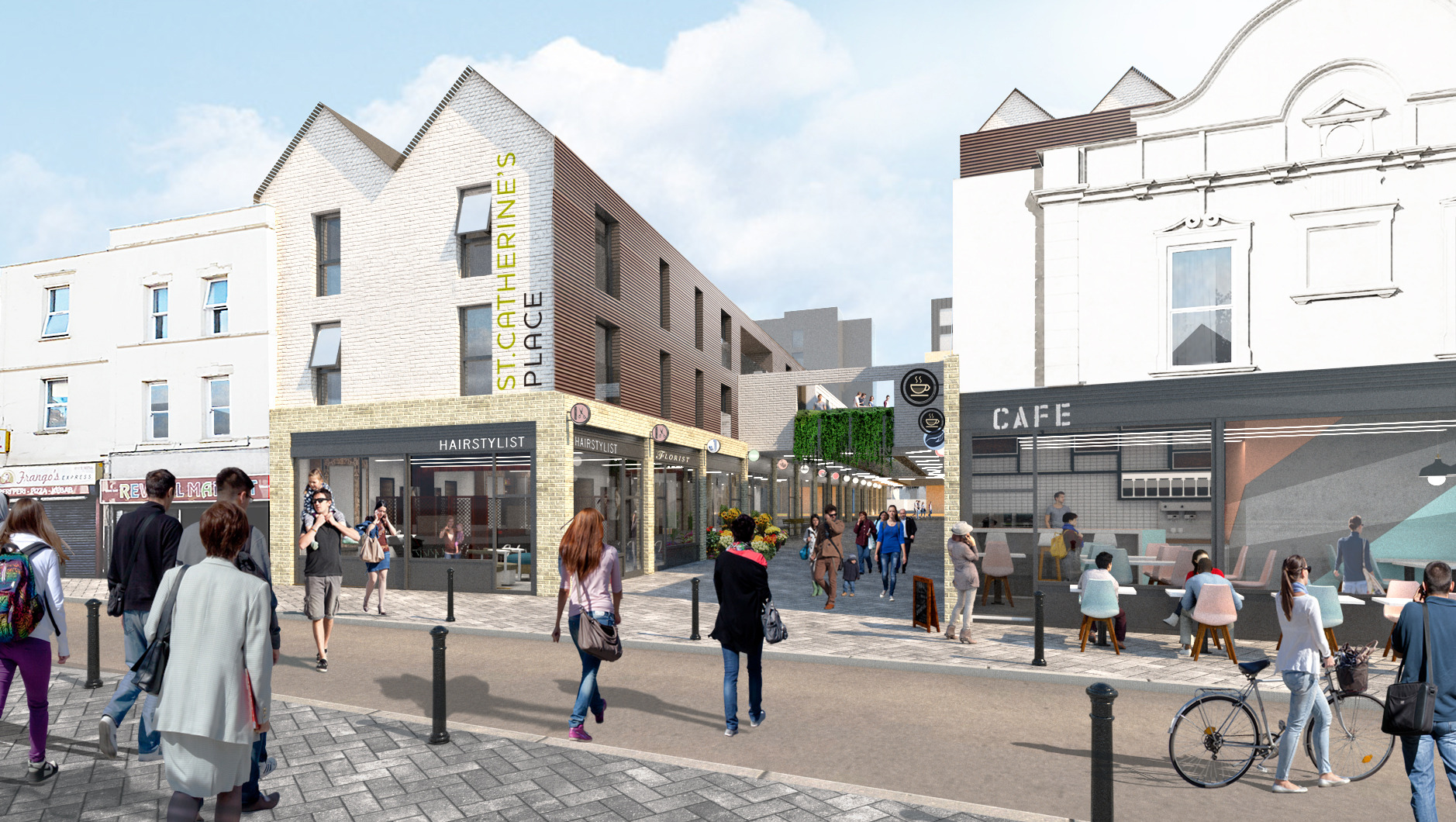 Will Day said: “Rather than kick-starting Bedminster, this will be a kick in the teeth for residents.”

Another branded the design a “monstrosity” while a third said some householders were already selling their properties because of the impact it would have.

But the plans were backed by Bedminster Business Improvement District and councillors across the political spectrum who said the area was in desperate need of regeneration.

Richard Eddy, a Tory councillor for Bishopsworth, said: “I am hugely disappointed that our planning officers do not appear to recognise that, in recommending refusal to this application, they risk plunging the present economic recession of Bedminster into self-perpetuating freefall.”

Tony Carey, a Lib Dem councillor for Brislington East, said it could leave the area as a “cultural desert”.

The council’s city design group and Bristol Civic Society objected, as did the Environment Agency on flooding grounds, although officers said its concerns could be addressed with planning conditions.

But the decision hinged on the as-yet-unfinished transport plan for Bedminster Green.

An officer said granting planning permission before the study was completed in the next few weeks was the wrong way around and would weaken the council’s hand in negotiations with the developer over what it would pay for to mitigate extra traffic on the A38 corridor. 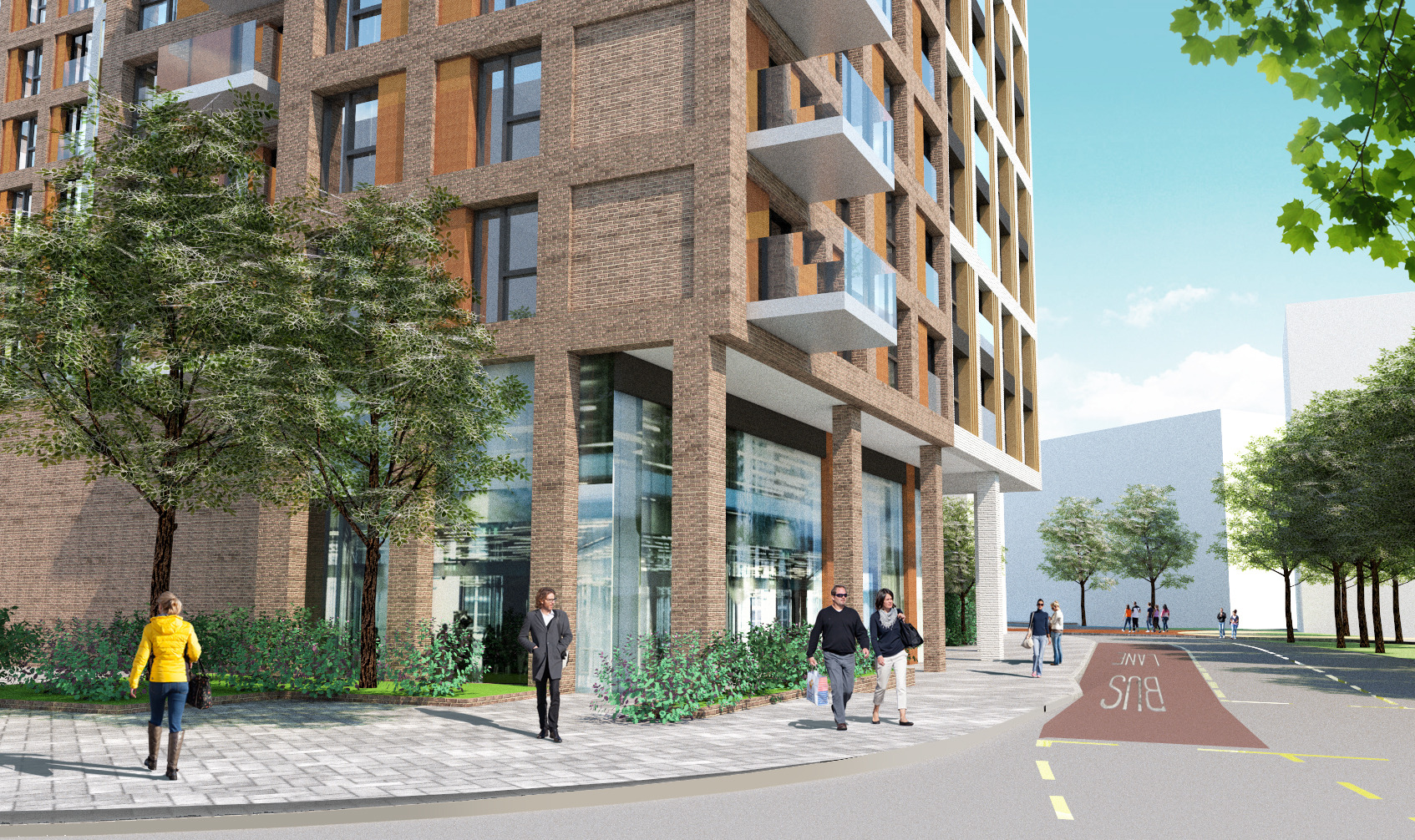 Councillors voted to defer a decision on the proposed development

Committee members were divided over whether to grant approval.

Steve Smith, a Tory councillor for Westbury-on-Trym and Henleaze, said: “This isn’t a perfect scheme but it is a good one. It regenerates an area that desperately needs it.

“If we don’t do this today, angry tenants walk away, potentially the developer walks away, nothing happens and the area continues to rot.”

Chris Windows, a Tory councillor for Henbury & Brentry, said: “Redevelopment is vital in this area. We have to bite the bullet and give it permission.”

But Paul Goggin, a Labour councillor for Hartcliffe & Withywood, said: “I’m really not happy with this design. South Bristol has been waiting decades but to now rush through something the transport team says has been put through prematurely is not right.”

Stephen Clarke, a Green councillor for Southville, said: “I’m worried about the massing. It looks pretty grim. It’s not a future I envisage for the area.”

Gary Hopkins, a Lib Dem councillor for Knowle, said the unresolved transport issues were a “killer” for the scheme.

Members voted by five to four to reject to reject officers’ recommendation for refusal, and then voted by seven to three against approving the plans.

A third proposal, to defer the decision until the Bedminster Green strategic transport assessment had been completed, was agreed by six votes to four.

Firmstone director Francis Firmstone said after the meeting: “While we are pleased the planning committee has acknowledged the significant gain for Bristol that our proposals will deliver, we are disappointed we can’t move ahead immediately with our plans.

“Today’s decision is likely, unfortunately, to create uncertainty among the retailers who are central to the regeneration of St Catherine’s Place and our plans to create a much-needed community hub for this part of Bedminster.

“We will therefore work quickly to try to resolve the transport issues as soon as possible so we can maintain the momentum and confidence we’ve built in our proposals.”

One initial reason officers recommended rejecting the plans was the lack of affordable homes — 17 per cent of the 205 properties — but they withdrew that after an agreement with developers the day before the meeting.