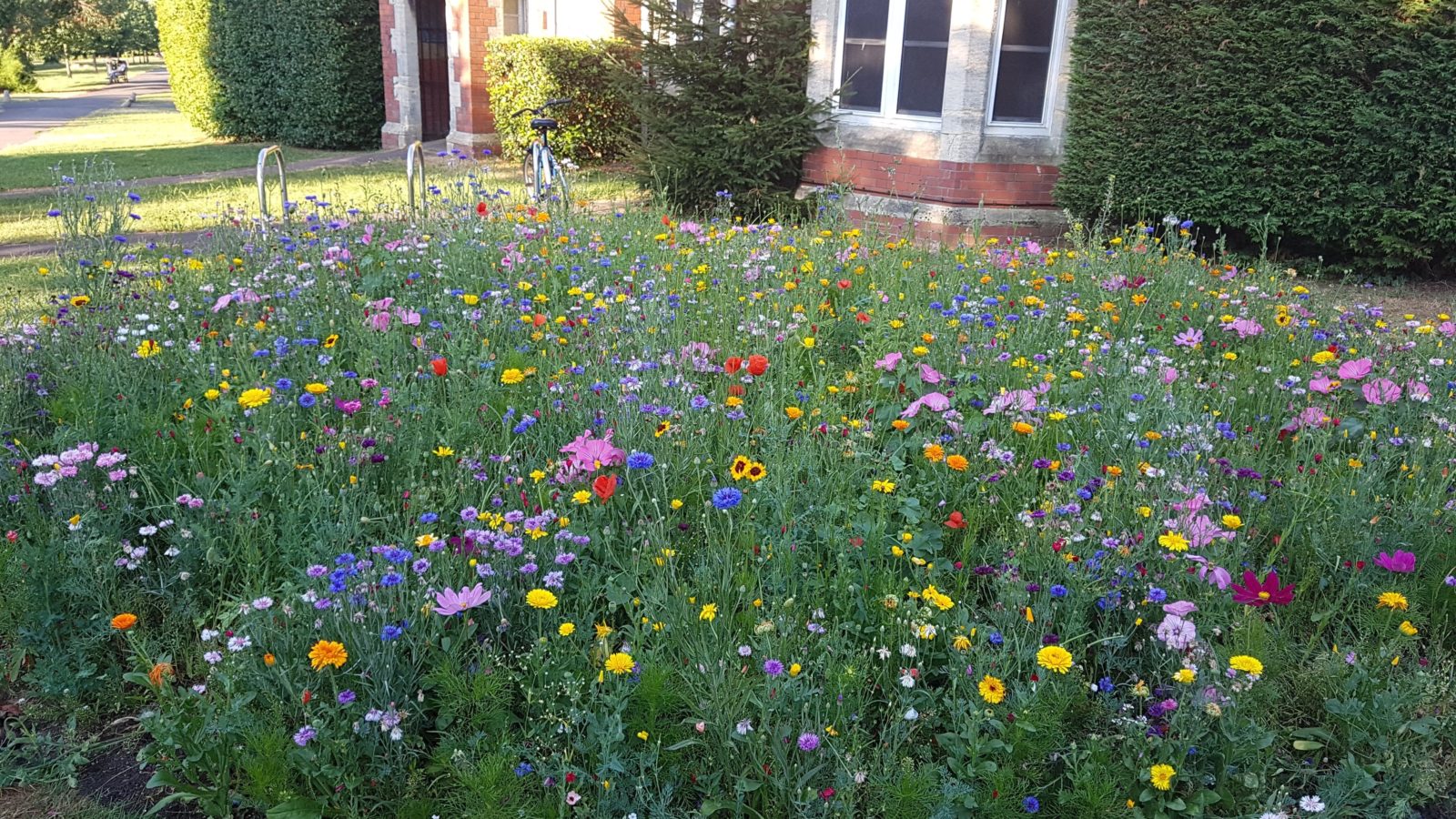 Campaigners calling on Bristol City Council to ban a toxic weed killer that has been linked to cancer have received fresh hope.

The Labour administration has promised to work with them to find an alternative to a pesticide called glyphosate in a bid to phase it out across the city within two years.

Cabinet member Kye Dudd made the pledge during a debate triggered by a petition that was signed by more than 3,800 people.

The petition calls on the council to ban the use of glyphosate and accuses mayor Marvin Rees of failing to deliver on an election promise of prohibiting the pesticide in Bristol – where it is used by the local authority on housing land, hard surfaces in parks and on highways – by 2021.

The collective voice of campaigners was backed up by a motion submitted by leader of the Lib Dem group Anthony Negus, which was amended by the Labour group. 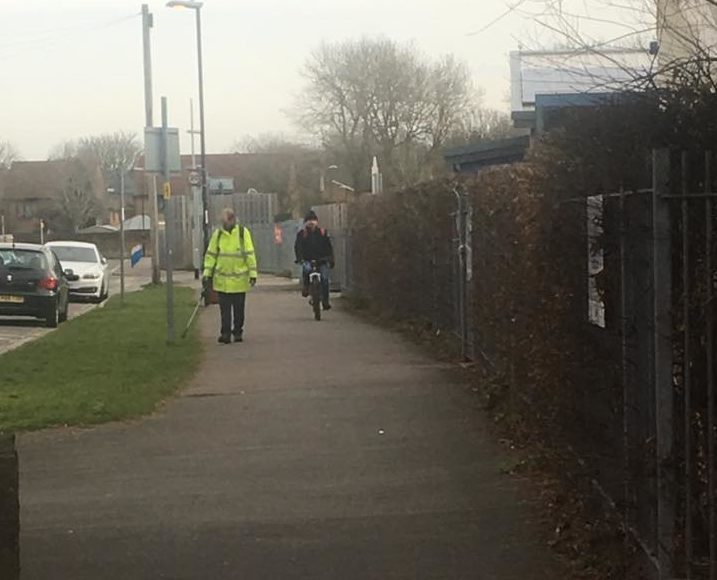 Campaigners have witnessed the spray being used near schools. Photo from Pesticide Safe Bristol Alliance

It pledged to seek sustainable alternatives to glyphosate – a commonly-used herbicide that has been linked to cancer and damage to biodiversity – and gained unanimous support on Tuesday.

“It is still being sprayed liberally and without warning around Bristol, including near school gates at dropping-off time.

“It is hard to square this with common sense. A fresh approach is needed to get the mayor’s promise delivered.”

Green Party councillor for Redland, Martin Fodor said: “It should not be used in sensitive areas near children. It should be phased out.”

A full council meeting on Tuesday heard the council has trialled alternative pesticides but had found none were effective and affordable.

“Right now, glyphosate is probably the only effective agent to eliminate those invasive plants,” he said.

“It is our policy to explore alternatives but we can only end its use completely when we have effective alternatives.”

But the substance has already been banned in North Somerset parks and some European countries. 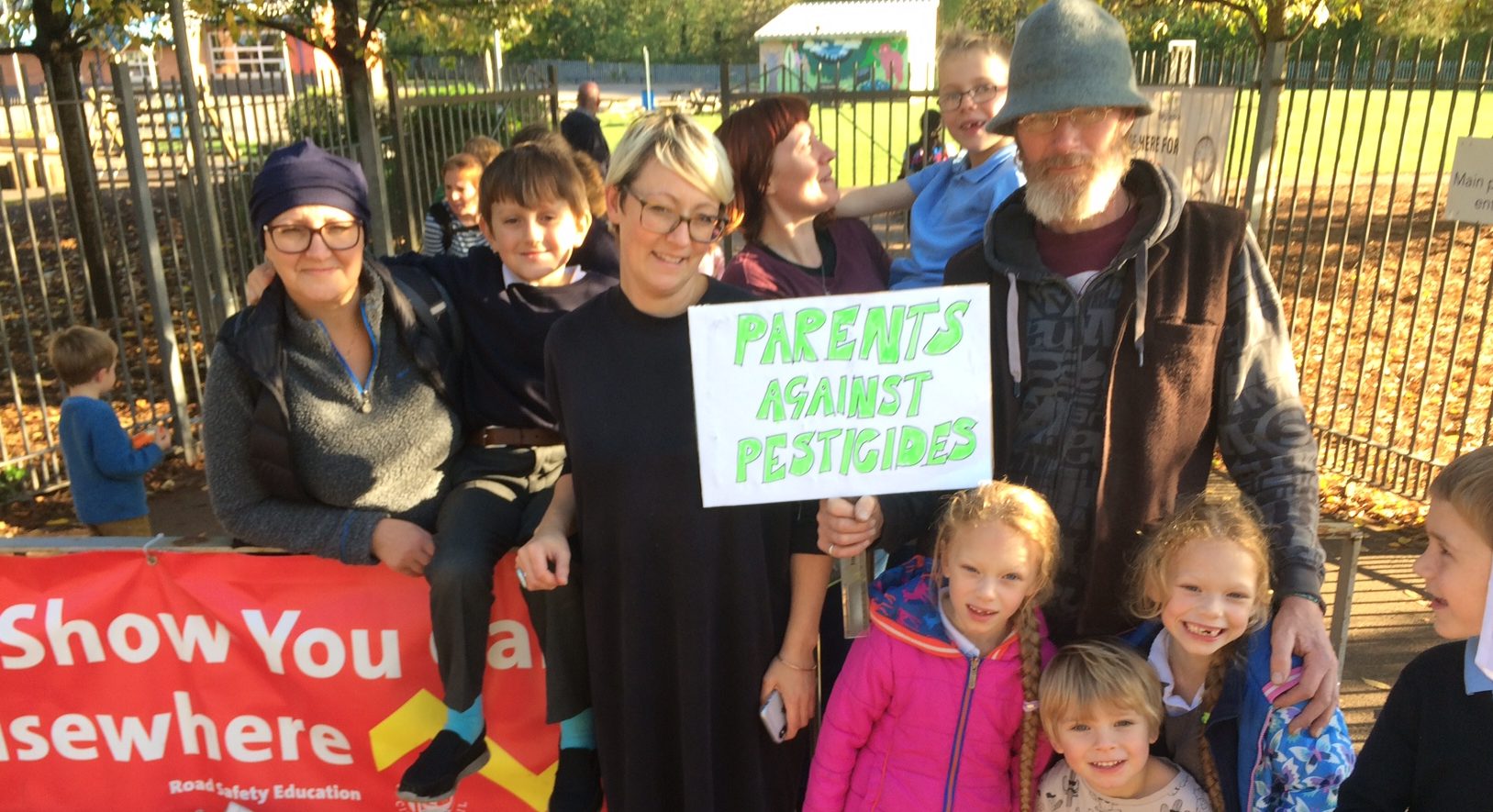 Parents and children have turned out to protest about the use of toxic chemicals. Photo from Pesticide Safe Bristol Alliance

“It leaves little residue which can then be washed away. Glyphosate is licensed by the EU, so there are tough standards in place.

“At the concentrations and frequencies applied by the council, we consider it to be safe for the user and the general public.

“However, the council recognises that people have concerns about the use of this.

“In 2016, the council made a commitment to find an affordable alternative and there was a trial in Cotham ward.

“For whatever reason, it didn’t work. So we have not been able to identify an alternative that’s affordable and effective.

“But we’re happy to work with all the parties involved to potentially phase it out, as is demanded in the petition, by 2021.

“Science is moving on, so there are alternatives coming on board. There has been a trial in France and Germany of a type of acid that has been successful but has not got a UK licence yet. But that may change in future.”

Dudd promised to meet with campaigners in the next few weeks “to move this issue forward”.

Speaking after the meeting, Negus said: “Exposure to certain pesticides has been a cause of concern for many years. There is a recognised risk to bees, bugs, birds, hedgehogs and so humans, all co-existing.

“The Lib Dems agreed to a Labour alteration of our pesticides motion to gather in support across the council for a commitment to phasing out glyphosate spraying.”