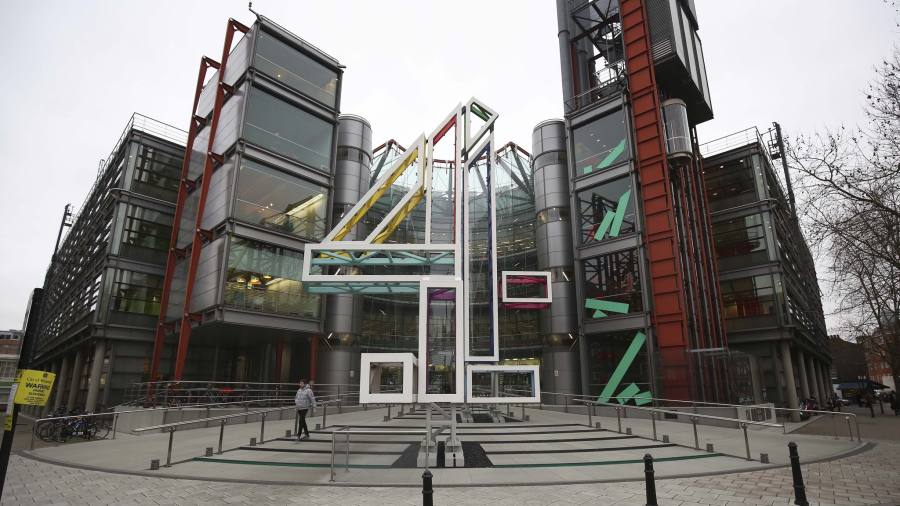 The announcement that the broadcaster has chosen the city to be home for one of its new regional offices met with widespread joy and jubilation on Wednesday.

This is absolutely AMAZING news! So proud to be part of something so epic. @Channel4 we welcome you with open arms. Hurry up and get here! Thanks to the @wshed team for being badass and supportive every single crazy, overly-ambitious idea we have. @MarvinJRees – you’re a G! Boom! https://t.co/moi2PetFUK

It has been hailed as a major coup for Bristol – and mayor Marvin Rees, who played a lead role in driving the bid – but it was a collective effort that saw key figures in the creative, education, media, business and voluntary sectors unite to secure the coveted prize.

The move is part of Channel 4’s plan to shift a chunk of its workforce out of London and will see the broadcaster set up a new HQ in Leeds, while Bristol and Glasgow will both host creative hubs, which will focus on commissioning programmes. 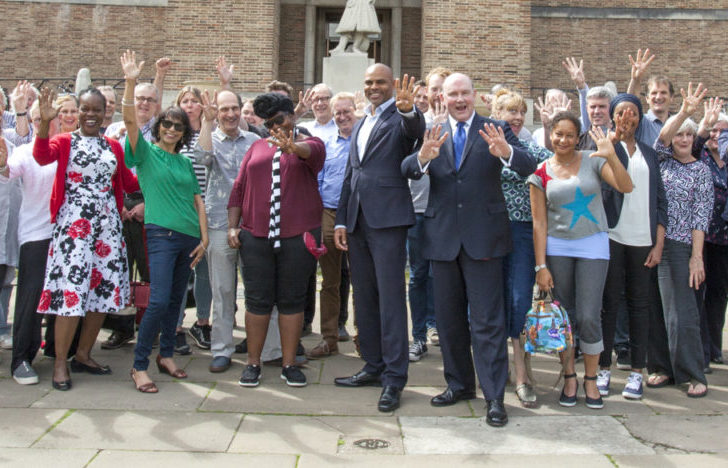 Channel 4 has not confirmed exactly how many jobs will move to the city, but the move is expected to boost the creative sector and help drive the commitment to making the industry more inclusive.

Here’s what people across the city had to say about the news:

Lynn Barlow, assistant vice chancellor for creative and cultural industries engagement at UWE Bristol:
“It’s such great news for the city and region. We know we have a world class television, animation, film and digital production sector and, working with Channel 4, we can build on that success and ensure that there are real opportunities for talented young people to work in the creative industries.

“With such a strong creative anchor in the city, I am sure we will see more production companies setting up businesses here, which will further boost the creative cluster.

“Access to jobs in the industry should be open to all and Channel 4 will help us be more inclusive. The future of the business depends on the next generation, it’s in all our interests to ensure we find that talent, whoever and wherever it is.” 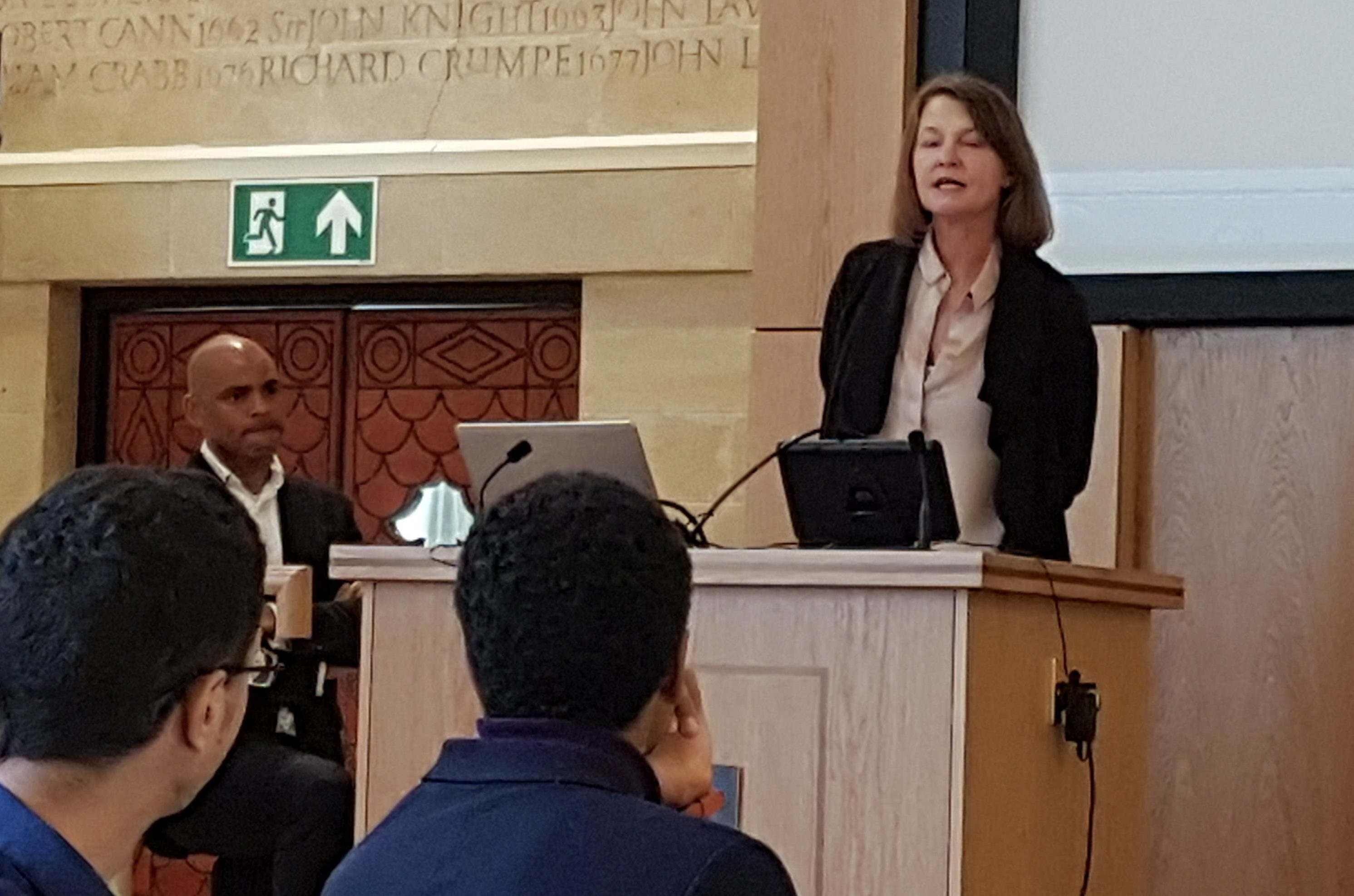 Darren Jones, MP for Bristol North West:
“This is testament to the hard work of the bid team led by the mayor and the city’s ability to lead the way in innovation, tech and creative industries.

“Channel 4 will help to build on the city’s thriving television production sector, which has world-renowned factual producers and strengths in areas such as animation and digital production.

“Locating in Bristol will also enable Channel 4 to work closely in partnership with Cardiff and its production sector – with the opportunity to further accelerate the growth of the creative cluster around South West England and South Wales – and connect with indies across the West of England.”

Fiona Francombe, site director of The Bottle Yard Studios:
“It’s really exciting to see that Channel 4 shared our collective vision to build on our creative talent base, improve skills development and widen access into the industry for people from all backgrounds.

“Bristol is a place where people celebrate a strong sense of independence whilst also working together to produce genuinely exciting collaborations. Having Channel 4 here will endorse and enhance our media community.” 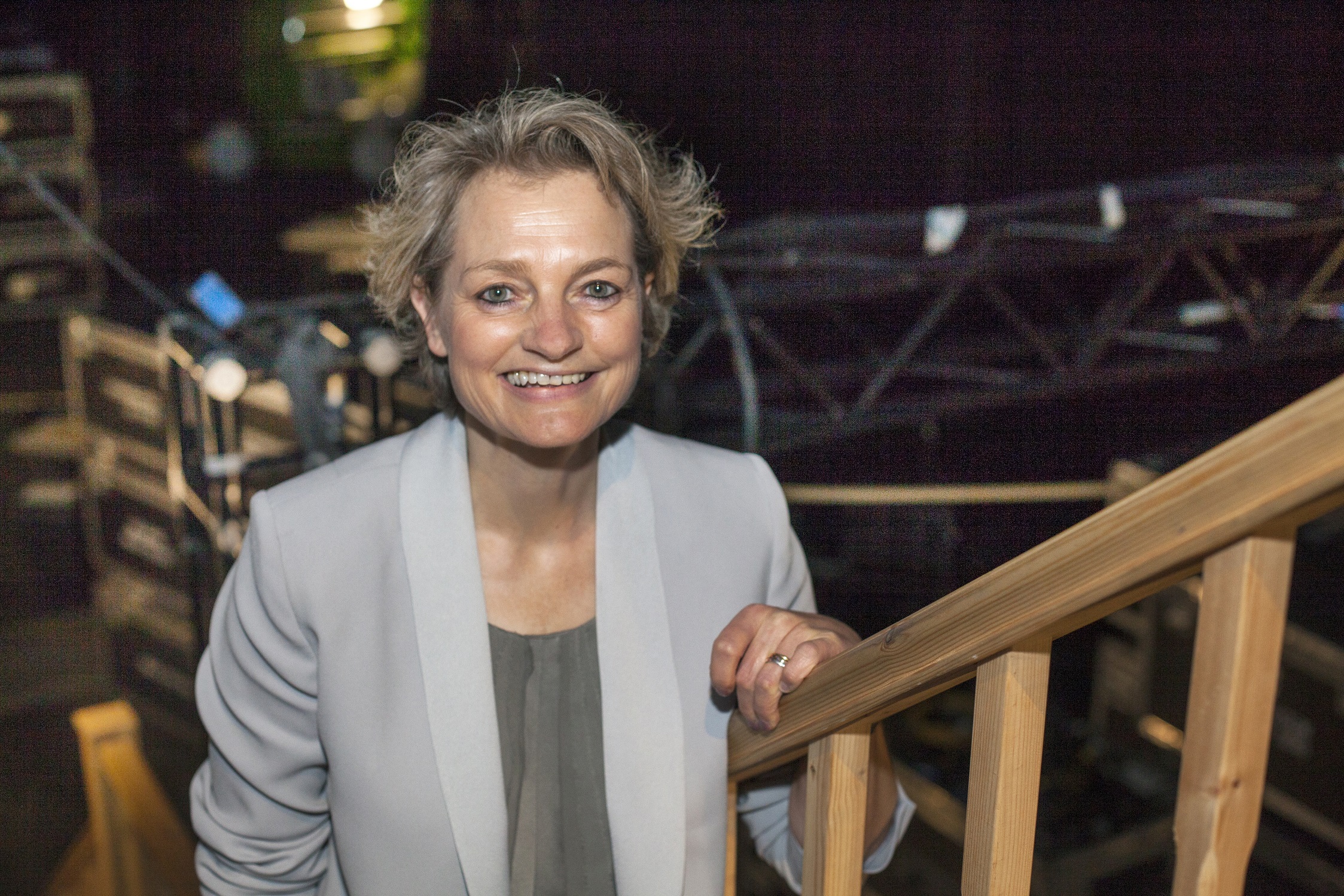 Tim Bowles, mayor of the West of England:
“This is a fantastic recognition for our region’s wealth of local talent and thriving creative industry.

“Through our significant investment in the bid, and the combined efforts of all our councils and Bristol’s fantastic independent TV production cluster to support the leadership of mayor Marvin Rees, we’ve definitely been tuned-in to giving Channel 4 the perfect location for the future.”

Carolyn Hassan, founder and director of Knowle West Media Centre (KWMC):
“I’m delighted that Channel 4 are coming to Bristol and hope that they will look beyond the centre, the privileged and the mainstream; to seek out and support those working with  young people from backgrounds that are under represented in the industry,  and embrace diversity of thought and experience.

“This means including people from the communities of South Bristol so often neglected and ignored, but where great things are happening – The Bottleyard, KWMC and The Factory, The Park, Hartcliffe and Withywood Community Partnership, Circomedia – to name but a few, and where young people in particular could flourish with their support.”

Euella Jackson, engagement coordinator for Watershed and youth board member for Rising Arts Agency:
“I’m so proud of the work that has been done in the city and Channel 4 choosing us to be a creative hub is a true testament of that. Everybody worked so hard on this and it really felt like a sector-wide effort.

“There was a genuine imperative to bring everyone into this pitch. We wanted to ground it in real stories and real people, and I’m glad the Channel 4 executives appreciated that. This is a big move because it will change the landscape of the creative industry in the city.

“I’m excited to see how Channel 4 builds on the collaborative culture that is already inherent within Bristol to re-imagine the future of broadcasting and digital content.” 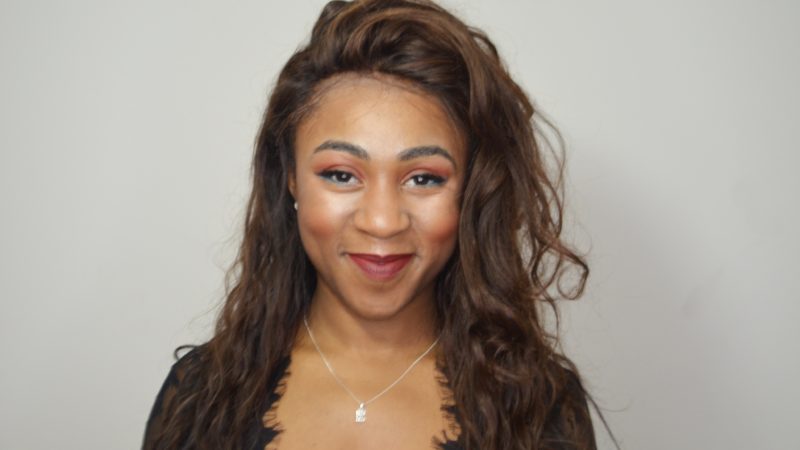 Phil Smith, managing director of Business West:
“In Bristol we have one of the most exciting media and creative clusters in Europe, and it is fantastic to be recognised in this way by what is perhaps the UK’s most exciting and creative national broadcaster.

“The move will benefit Bristol and the West of England in terms of job creation as well as helping to attract extra investment in the media and creative industries further down the line.”

Laura Marshall, managing director of Icon Films:
“We are all absolutely delighted to welcome Channel 4 to this city of disruptors, innovators, diversity and success and can’t wait to get going on introducing them to the many communities who will be impacted by this vote of confidence.

“In our schools and higher education organisations there’s a whole new generation of content creators who will benefit from the Channel 4 presence, and a heavyweight production community who will help create the conditions for Channel 4’s future success in the regions.” 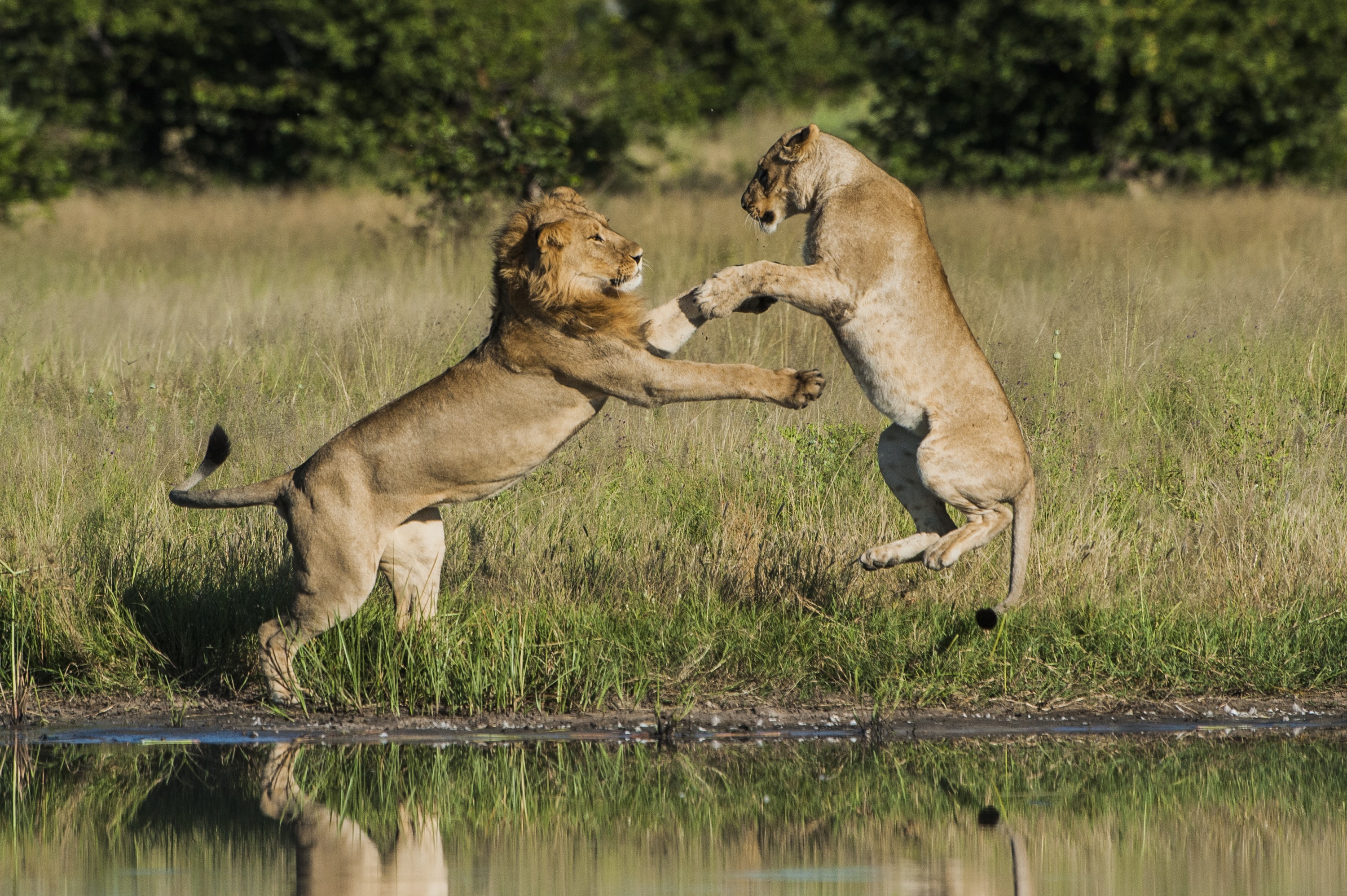 Grant Mansfield, CEO and founder of Plimsoll Production:
“Channel 4’s decision will super charge Bristol’s already expanding creative sector and help support the city’s commitment to improve inclusivity in the sector. Bristol is simply a great place for 4 to be – my own company, Plimsoll, is now the biggest indie outside London, making shows for clients across the world, and this couldn’t have happened if we’d been based in any other city.”

Tim Davies, head of South West and Wales at Colliers International in Bristol:
“Today’s decision is a reflection of the fact that Bristol is recognised as one of the UK’s leading creative hubs.

“The city has a workforce that is ‘dialled-in’ and a thriving media and tech sector with a reputation for innovation. Channel 4’s decision will further enhance those credentials.”

Thangam Debbonaire, MP for Bristol West:
“It is a major victory for Bristol. I think this decision is also recognition that Bristol a major player when it comes to creativity. From electronic music to animation, from nature documentaries to street art, Bristol is often synonymous with the most exciting developments in creative industries.

“Channel 4 will undoubtedly bring even more creative energy to our city. I hope this can benefit everyone, especially young people from backgrounds currently under-represented in today’s media industry.”

The exact location of the new Channel 4 creative hub is not yet known.

Channel 4 has confirmed the new creative hub office will be home to senior creative decision-makers, who decide what shows are commissioned. The publicly-owned broadcaster hopes to start moving people to the new bases in the second half of 2019.