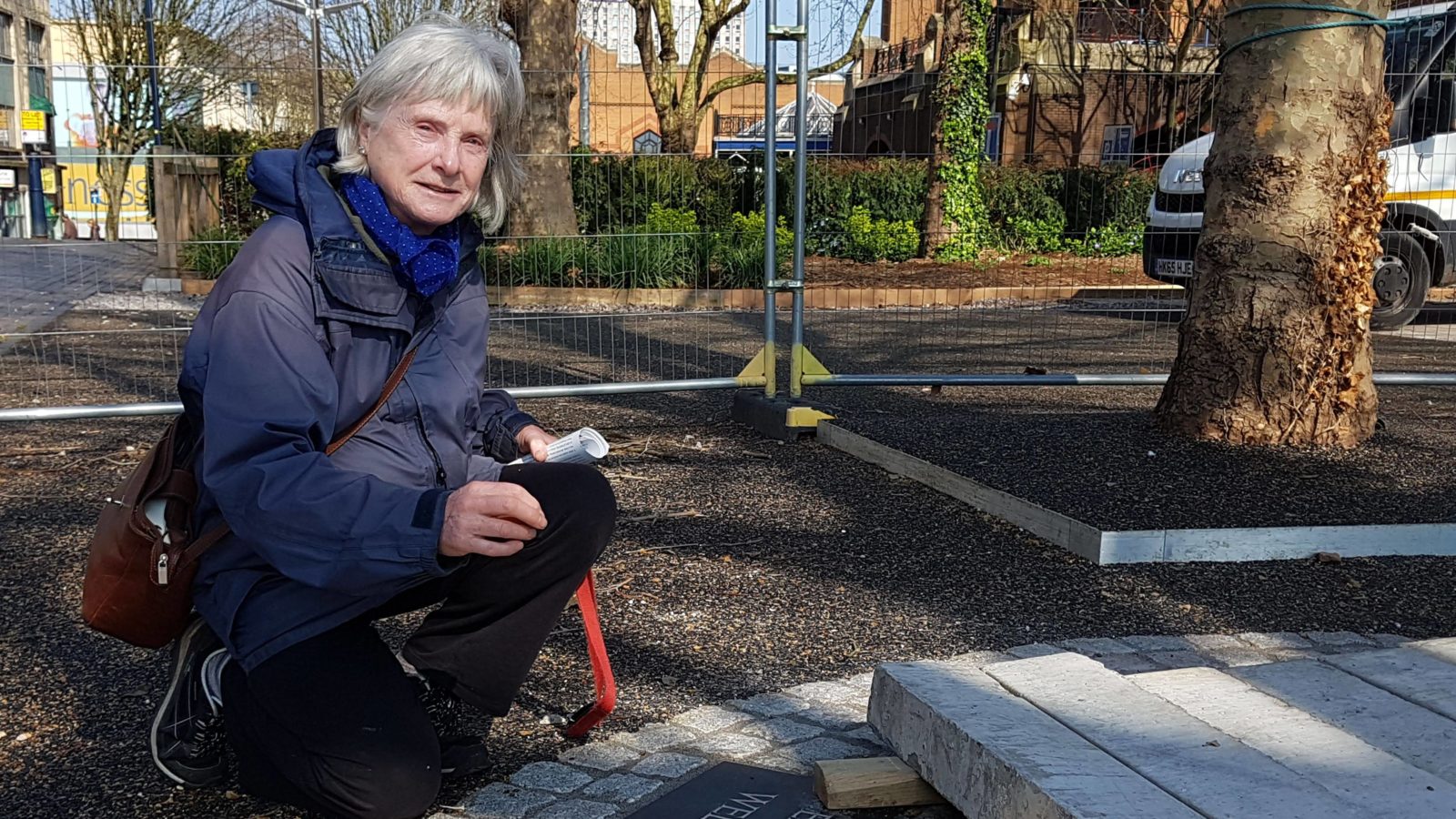 A small five pence piece dropped through the concrete blocks covering Edith’s Well doesn’t make a sound as it falls deep into the ground.

“Make a wish,” instructs Ann Freeman, who worked for years to get Bristol’s oldest source of drinking water uncovered and commemorated.

Located between Edna’s Kitchen kiosk and St Peter’s Church in Castle Park, the ancient well would have been walked over by scores of people every day, most completely unaware of its existence underneath the paved slab that hid it from view.

Now transformed into an attractive feature, a new information board and engraved stone mark Edith’s Well. The source that is believed to have once provided water for the first Saxon settlement of Brigstowe is to be officially unveiled on Tuesday.

This is the same day as the official opening of the new memorial garden to honour the Sikh soldiers who were wounded or lost their lives in the First and Second World Wars. 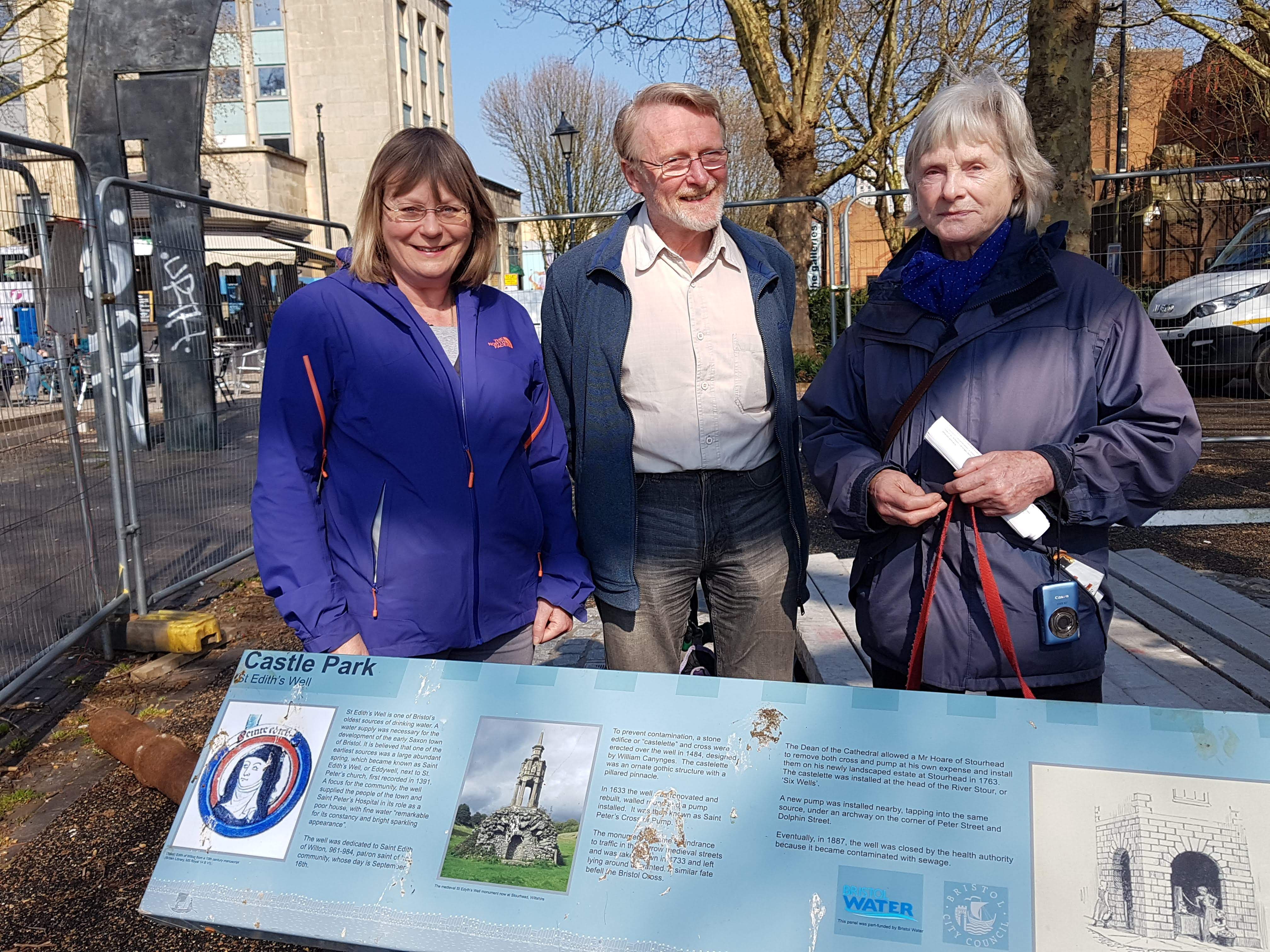 L-R: Lucy and Russ Leith, of the Friends of Castle Park group, and Ann Freeman stand at the new sign giving the history of Edith’s Well

“Nobody knew it was there,” explains Ann.

“I thought it was not right that people should walk over it and never know it was there. It has been a bit of a five-year obsession and once I started telling people about it, they just thought it was an exciting idea.”

The well, which was once capped with a stone edifice or ‘castelette’ and cross to prevent contamination, was dedicated to Saint Edith of Wilton. It is said that healing miracles happened after Edith’s death.

In 1633, the well was rebuilt, walled around and a pump installed. It then became known as St Peter’s Cross. A Mr Hoare of Stourhead removed the cross and pump and installed them on his newly landscaped estate on 1763.

In 1887, the well was eventually closed by the health authority because it became contaminated with sewage. 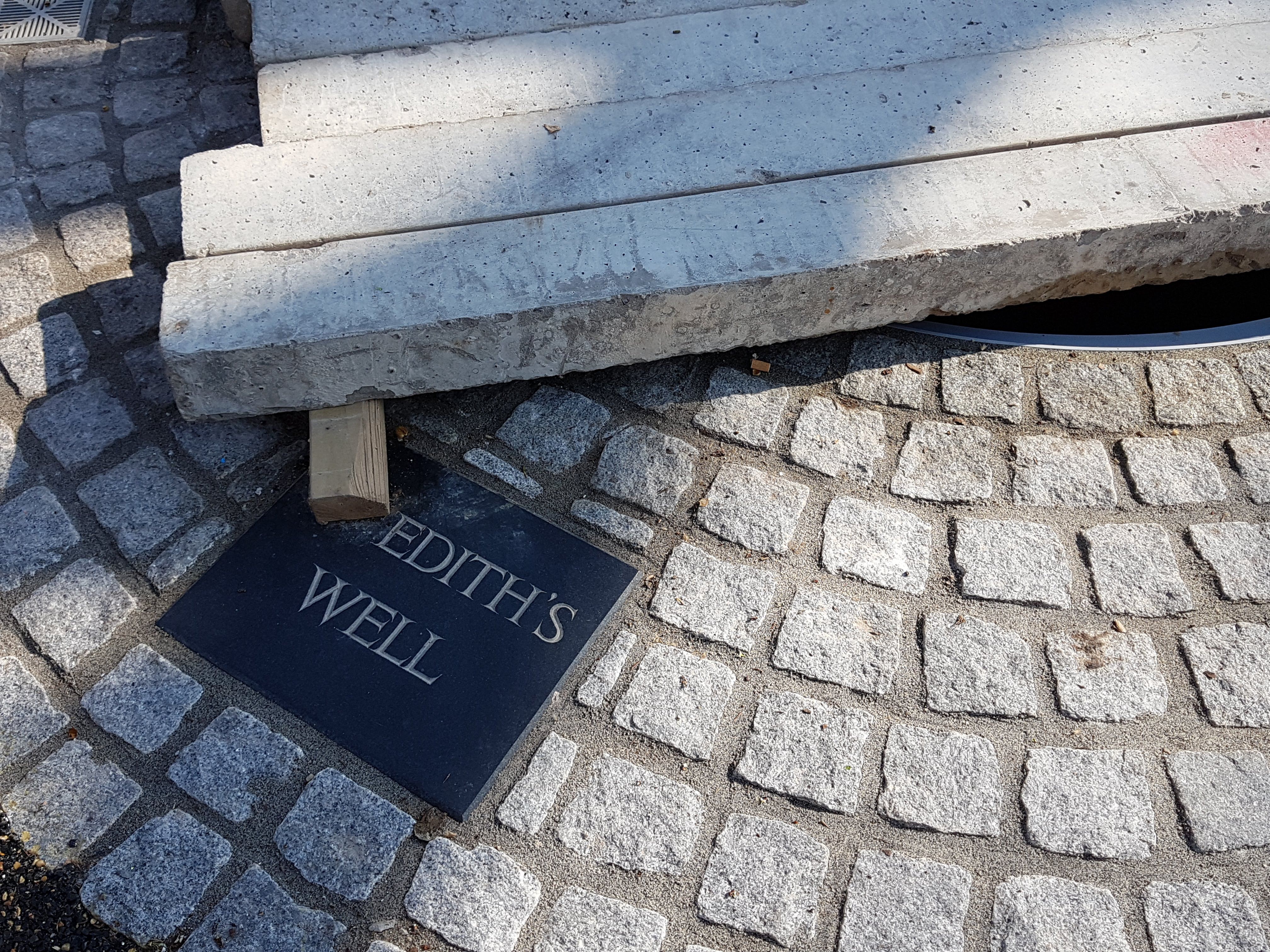 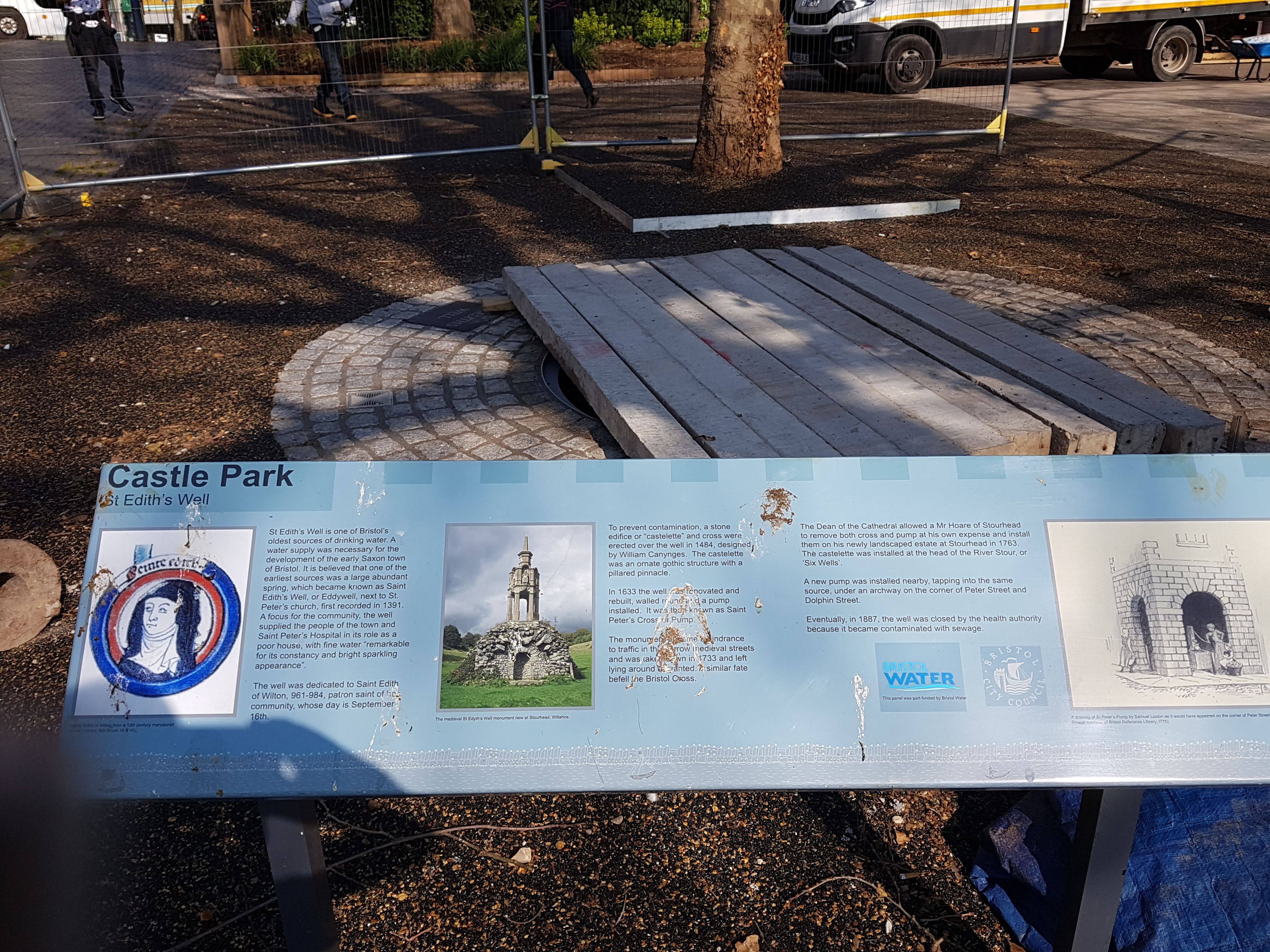 Visitors can read about the history of the well

Ann believes the uncovering of the historic water source will lift energies across the park.

A council spokesperson says: “As we are improving surfacing across St Peter’s Square we have taken the opportunity to also make a feature of the well.”