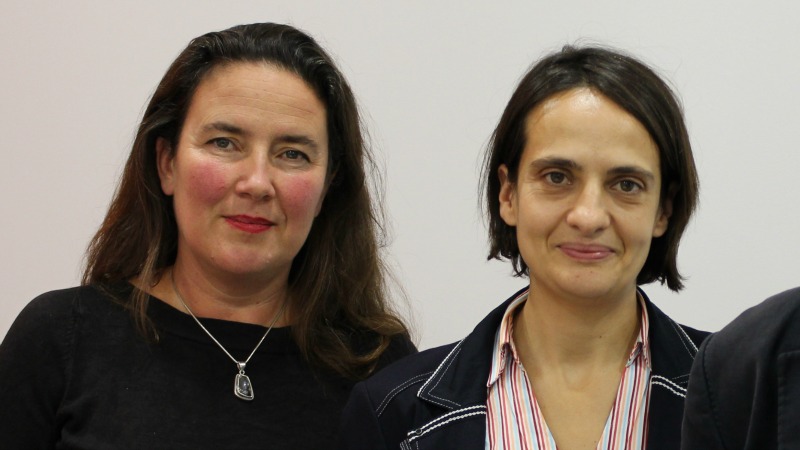 Two working mothers will job-share a post in George Ferguson’s cabinet in a move which the mayor hopes will “set an example”.

Green Party councillor Daniella Radice will now share her role as assistant mayor for neighbourhoods with Fi Hance, who joined the Greens from the Lib Dems in May.

“Many people are often put off by the full-time nature of politics and this move demonstrates that you don’t have to choose between a career and other commitments – it’s possible to job share, even at a senior level,” Radice, cabinet member since December 2014, said.

Hance, councillor for Redland, joins a rainbow cabinet of seven which includes councillors from every main political party on the council and the independent mayor.

Radice and Hance, who both have two children, said they first met each other while working on the 50-50 campaign to get equal gender representation on the council by May 2016.

Radice said: “There are many people who are unable to commit to being a politician full time, whether they are parents, carers, or simply can’t commit their entire life to only politics.  Just think how much richer and more representative our democracy will be if we enable these people to be involved in the running of our cities, towns and country.”

Hance added: “We want to show that it is possible for senior political positions in local governments to be job shared. We believe that the city will benefit from better decision making as a result of having our joint experience on the cabinet.”

Ferguson said: “I am delighted to welcome Fi to my Cabinet as part of this innovative new arrangement and am grateful to her Green party colleagues for proposing this practical arrangement.

“Politics has to adapt to modern life and this arrangement will help demonstrate that working mothers play an equal role in our workplace and that it should be flexible to meet their needs. Knowing Daniella and Fi as I do, I have no doubt that it will prove highly successful.

“I hope that this will set an example to other employers, showing the ways we can embrace change and enable some of our best people to be included in executive roles at the top of our organisations.”

Who is in the mayor’s cabinet?