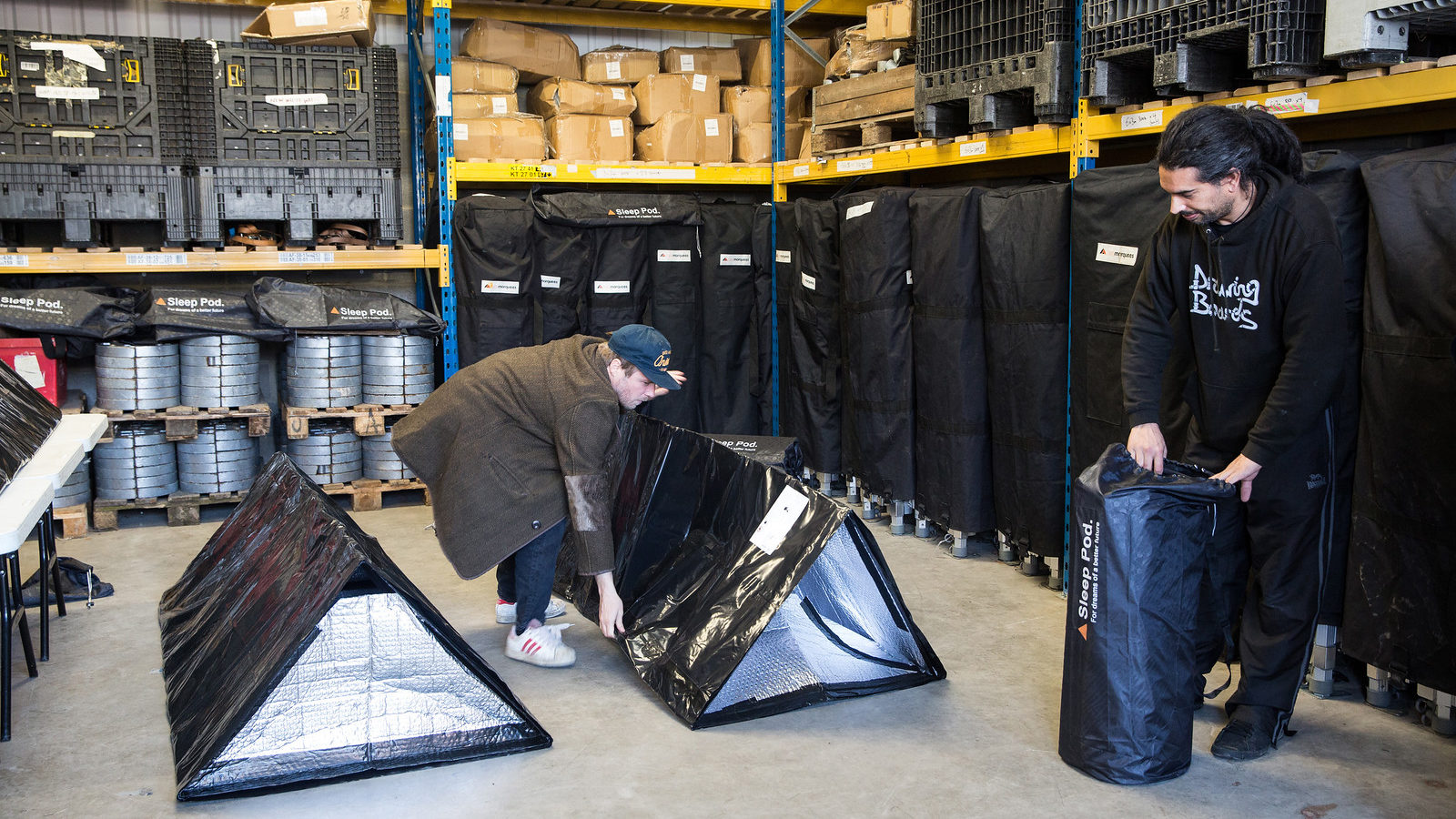 Musicians, festivals and bar owners across Bristol have joined forces to call for volunteers to help build and distribute dozens of ‘sleep pods’ to rough sleepers this Christmas.

The groundbreaking initiative to protect rough sleepers from exposure at night is coming to Bristol, Bath and Weston-super-Mare.

The Sleep Pod was originally designed to help refugees in Europe but has now been re-purposed for use by those  who live on the streets of the UK but cannot access homeless services for any reason.

The £10,000 needed to fund 400 Sleep Pods, which cost roughly £25 each, comes from the sold-out Give a S*** Xmas at the Marble Factory on December 12 with Beak> and Idles, as well as festivals Loves Saves the Day and Boomtown, and pub and bar owners. 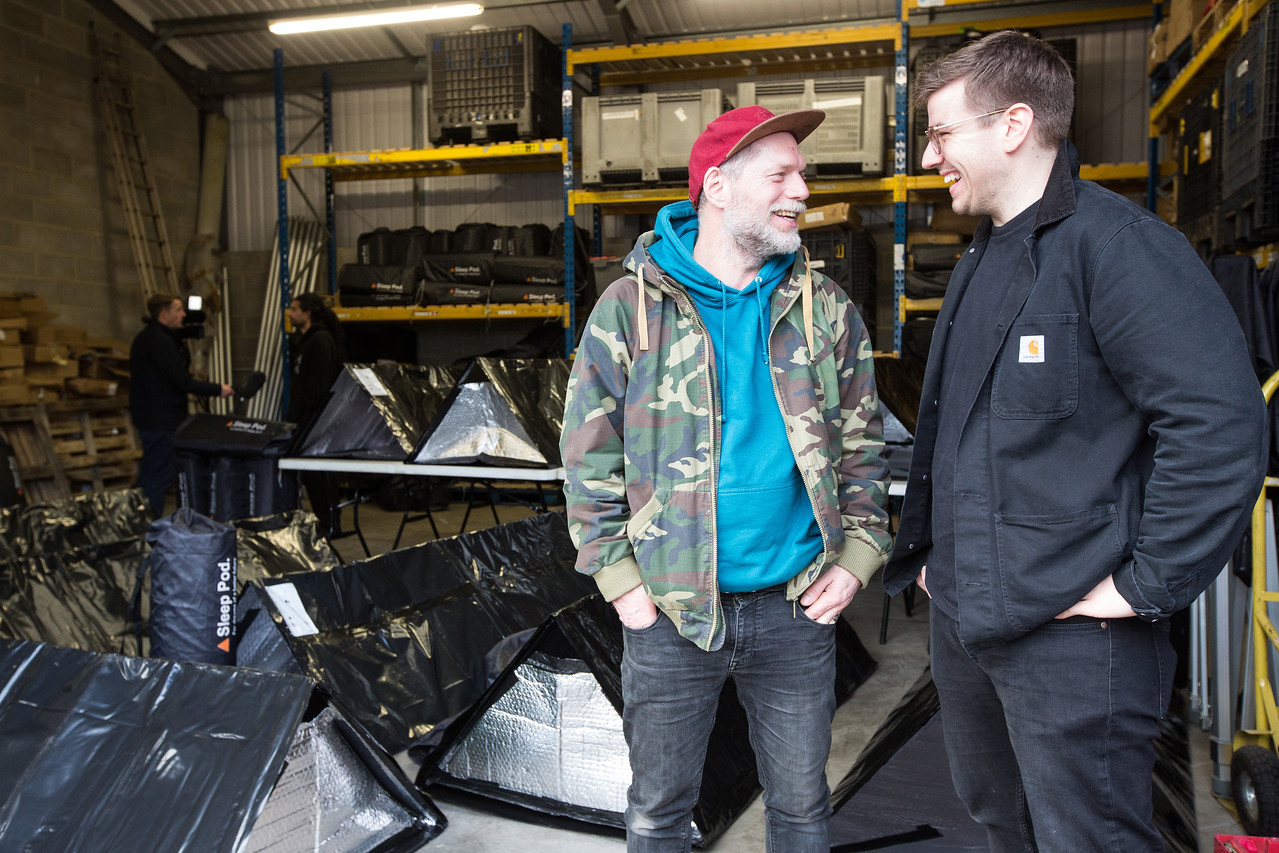 According to local government statistics, around 85 people a night sleep on the streets of Bristol alone and recent reports show homeless people in the city are dying at twice the national rate.

Organisers of the initiative are now seeking volunteers to help with two Sleep Pod builds taking place on December 15 and 16, using some of the local festivals’ warehouses.

Helpers are also needed for distribution, which is being coordinated alongside Feed the Homeless and Homeless Emergency Action Bristol. 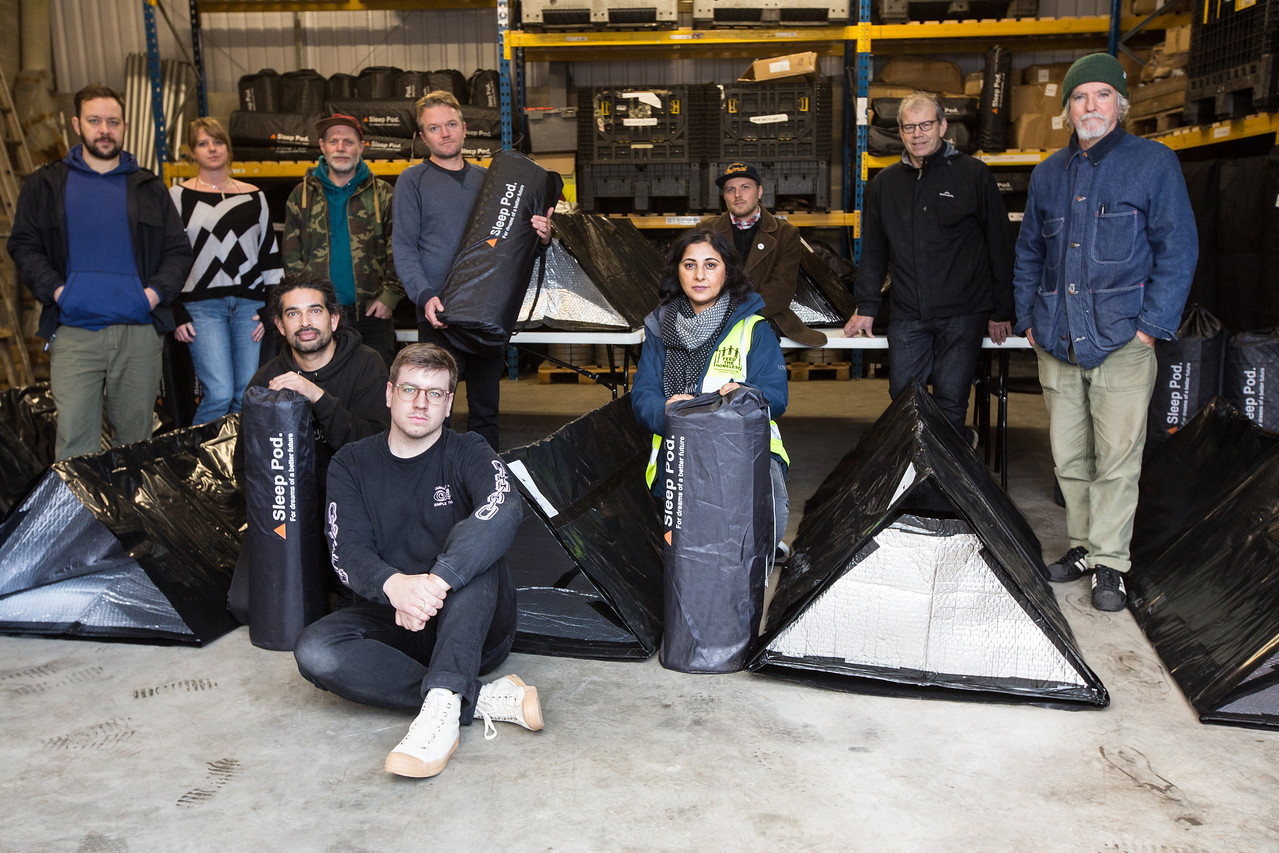 Idles, Beak>, Shambala, Boomtown and Love Saves The Day are all involved in the groundbreaking initiative – photo by Freia Turland

Refresh the West director Joby Andrews said: “This is a truly Bristol collaboration of people who recognise there is a homeless crisis in our city and have come together with an emergency measure to stop people dying on the streets this Christmas.

“Give a S*** Xmas has stepped in at the last minute to help us raise the extra funds we needed to get the 400 sleep pods down here from where they are made in Birmingham, so we are particularly grateful to them.

“We really need people now to come and help us build the pods and get them out to people who have nowhere else to go over the festive period.”

To volunteer for the build, email joby@refreshwest.com