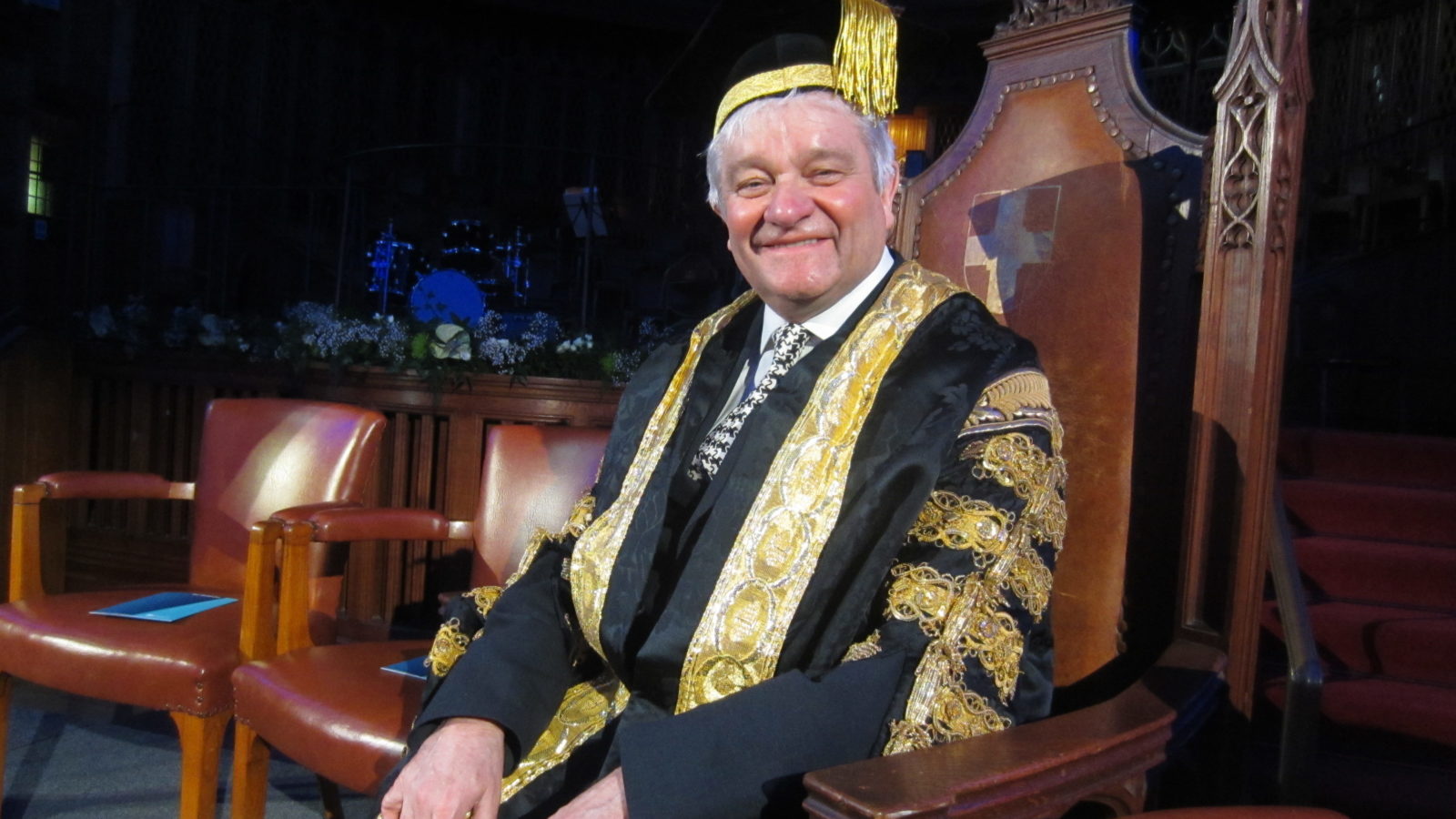 With a toll of Great George, dramatic lighting, music and more than a touch of glamour, Nobel Prize-winning scientist Sir Paul Nurse was officially welcomed as the University of Bristol’s new chancellor.

But beyond all the pomp, ceremony and grandeur befitting a centuries-old tradition – they even flew the moon into the Wills Memorial Building for the occasion – lies a story of a “gentle activist” from a working class background and an outspoken advocate of education.

Bedecked in opulent robes of silk and gold and addressing the great and good of Bristol’s society, the leading geneticist and cell biologist quoted the likes of Oscar Wilde and was forthright in his criticism of the Brexit campaign and beyond. 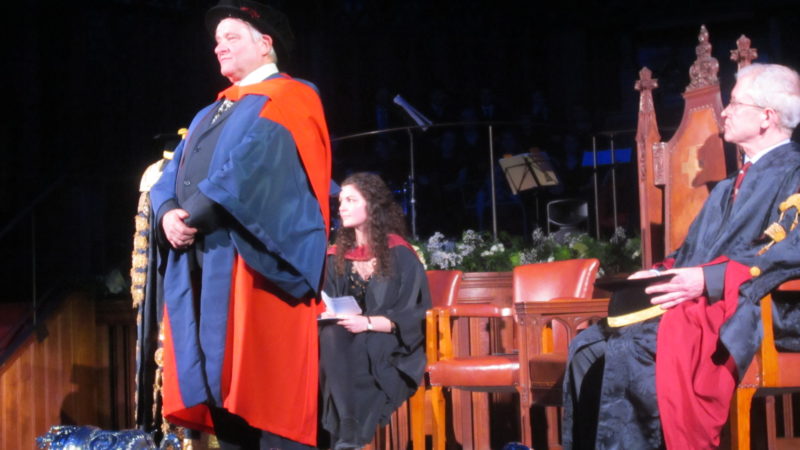 “In an era of Post-truth, some individuals seek to deride experts,” he said.

“Whether from Trump, Twitterland or from individuals closer to home who made wild claims during the Brexit debate, universities are needed now more than ever before.”

A former president of the Royal Society, Sir Paul’s work on cell division underpins current research into treatments for cancer and other serious diseases and he was passionate about the need to encourage women and more diversity in sciences.

He told Bristol247: “My daughter is a scientist and a reader at University College London. If you do not have the full engagement of women, you are losing a great deal of human capacity that can be employed in scientific discovery. Also, men and women bring about different ways of thinking which in my experience are rather complementary.”

As chancellor of the university, Sir Paul will be the ceremonial head of the institution and play an important ambassadorial role, nationally and internationally.

On the post he has held since January, he said: “It’s a huge honour to be appointed chancellor of the University of Bristol, which is one of the world’s great universities. University had such a transformational role in my life and I know Bristol has the same impact on its excellent students.

“Universities have a huge role to play in providing knowledge and thought leadership about how we live well in an ever-changing world.  I see Bristol at the forefront of that challenge, and I look forward to working with them as their ambitious plans for the future take shape.” 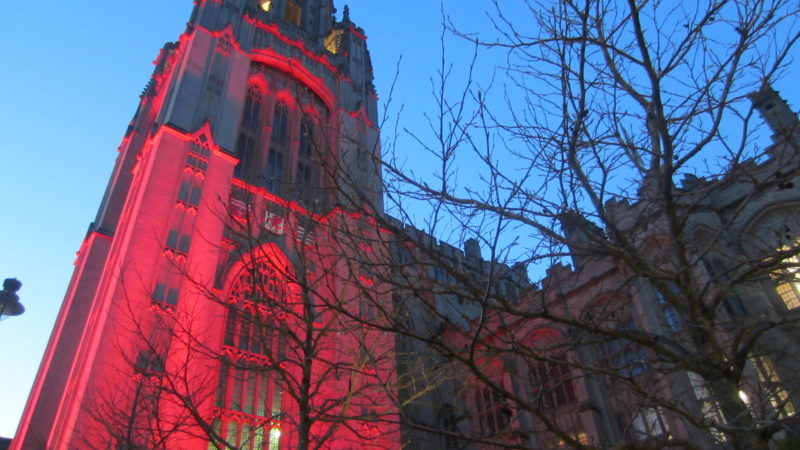 The university pulled out all the stops with an impressive ceremony that saw the Wills Memorial Building shrouded in a bright red light, poetry, procession and musical performance from a talented pool of students – and enough applause to do the Oscars proud.

It was all set against the ethereal backdrop of renowned artist Luke Jerram’s Museum of the Moon – a giant replica of the moon suspended above the audience. 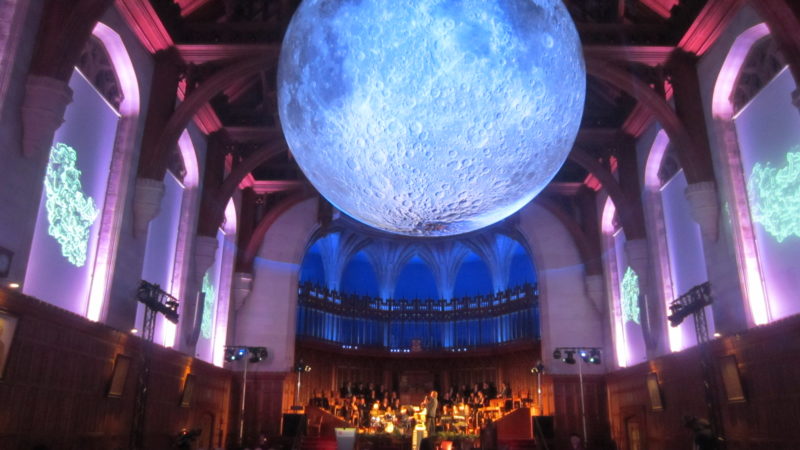 Sir Paul was presented with three ceremonial items, including a key used by King George V to open the Wills Memorial Building in 1925 and other documents which symbolise the university’s entitlement to award academic degrees.

Great George, Bristol’s largest bell which is housed in the tower of the Wills Memorial Building, rang out at 6.30pm – an honour saved for special occasions that include the Queen’s Jubilee and the Royal Wedding.

Professor Hugh Brady, vice-Chancellor and president of the university, said: “In Sir Paul, we are fortunate to have a chancellor who embodies perfectly the tenacity, rigour, curiosity and passion for knowledge that animate our plans for the university’s future.”

But in a touching and often humorous oration, Zoe Backhouse, undergraduate education officer of Bristol Student’s Union, revealed that Sir Paul failed his french O-levels no less than six times and as a consequence almost didn’t make it into university – a sure sign that there’s hope for us all.