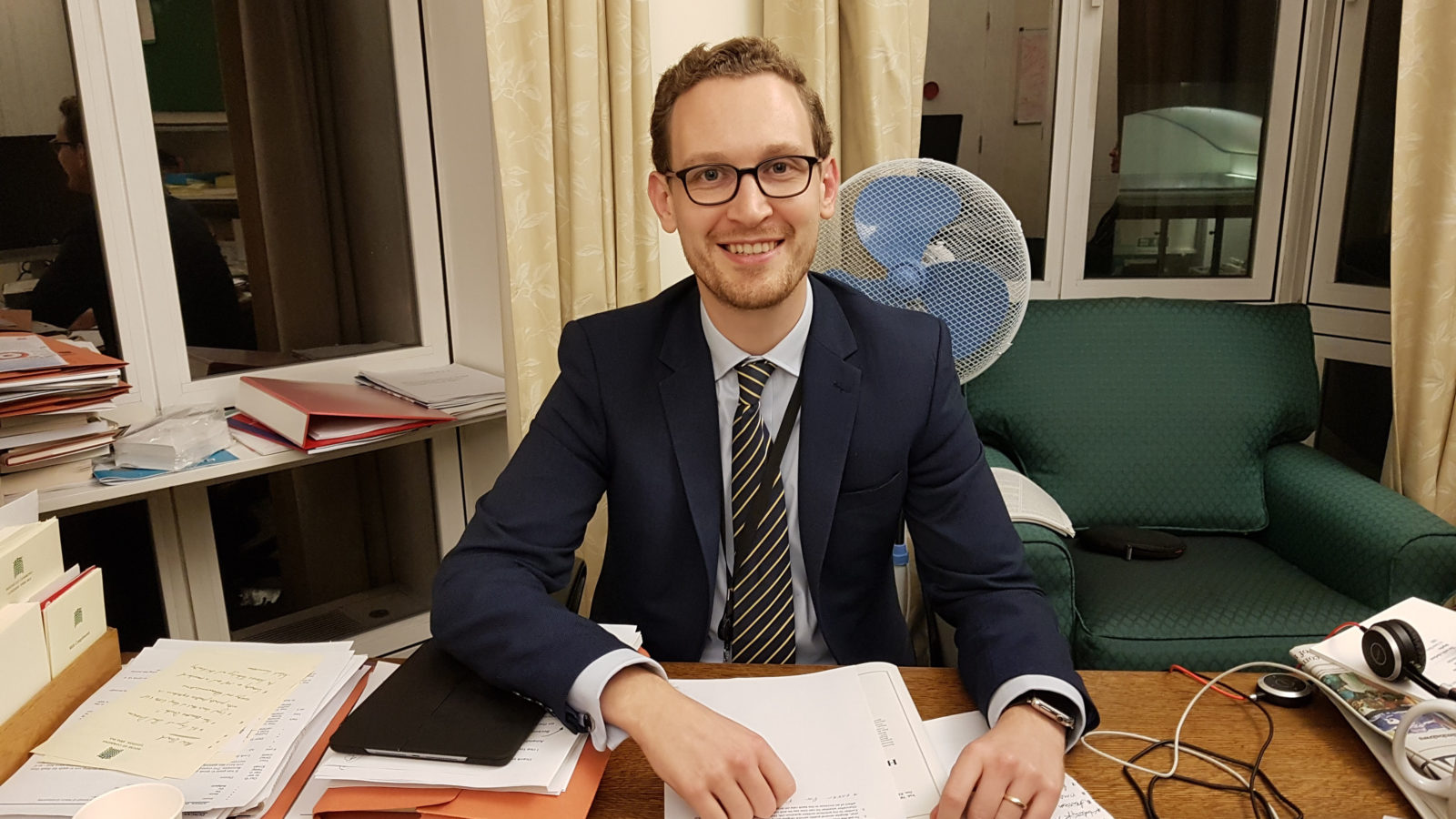 A Union Jack flag flies over the impressive exterior of the MPs’ office on Parliament Street, passed by thousands of commuters and tourists each day and identifiable with a modest plaque at the arched entrance.

Through the airport-style security, scenery becomes markedly less impressive, as a rabbit warren of corridors eventually leads to a small corner office allocated to one of the House of Commons new boys, Bristol North West MP Darren.

Cosy is one word for the modest room that he shares with his one London-based member of staff, Ben Duncan-Duggal. It fits two desks at a push, each stacked high with files.

The faint smell of last night’s chips lingers in the air – it’s all a far cry from the gold-gilded finery across the river in the hallowed Houses of Parliament.

Darren stormed to victory in the June 2017 election, sensationally ousting Tory Charlotte Leslie from the Bristol North West seat to the surprise of everyone – not least himself. 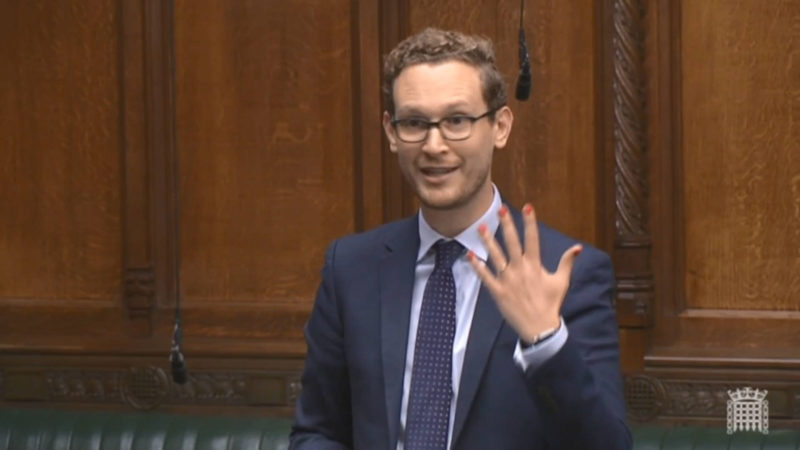 He has since wasted no time in proving he’s prepared to shake things up in Westminster: flashing his painted nails in Parliament to highlight the scourge of modern slavery, speaking out against sexual harassment and breaking the party whip four times on Brexit.

As a working class kid from a council estate in Lawrence Weston, Darren has said it is humbling to be representing his community in parliament.

This morning, Darren has been in Westminster since 8am, grabbing a quick breakfast, before collecting papers and heading straight to his first appointment of the day: the catchily-titled ‘delegated legislation committee on Bank of England regulation of payment service providers’.

Fresh from his second meeting, an all-party parliamentary group discussion on Clean Air Zones, the fair-haired 31-year-old bounds down the corridor. 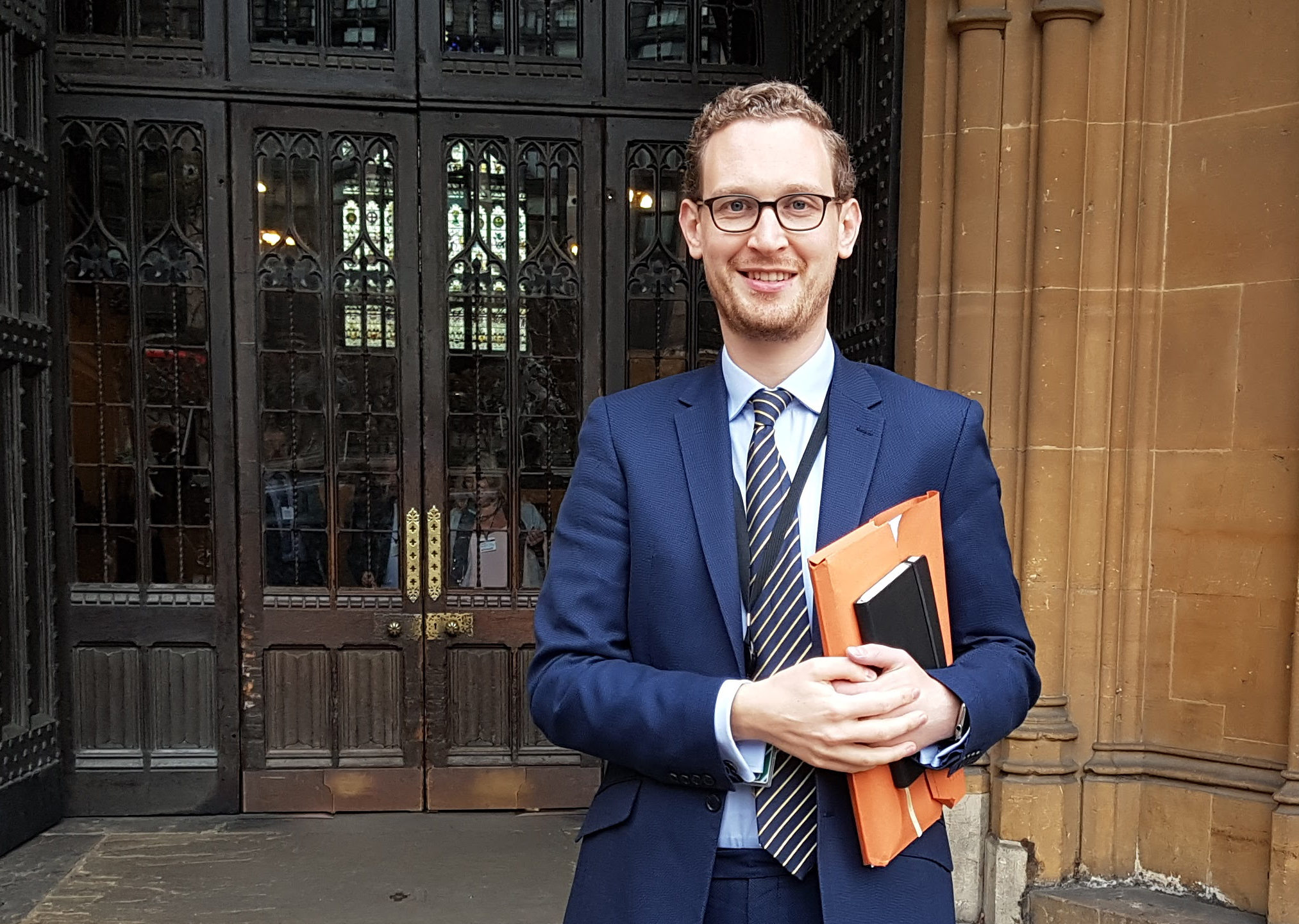 Darren is prepared to shake things up in Westminster when required

Famously laying claim to being the first ever Darren to be elected in the House of Commons, his enthusiasm for the job is apparent as he declares there might just be time for a quick tour of the chamber.

Alas, too late – as suited guards bar the entrance. Sniffer dogs check the chamber each day and, once their rounds are complete, it is off limits to members of the public until parliament is done for the day.

Instead, time for a lightning-quick stop in the Houses of Parliament canteen for a takeaway coffee, before heading back for the 10.30am Science and Technology Select Committee – one of two Darren is on today (the other being European Scrutiny).

This morning, he has submitted an urgent question to the home secretary in response to the news that there is to be no British judge on the World Court for the first time in its 71-year history.

While political assistant Ben promises to keep Darren updated on this, the former lawyer heads into the committee meeting on scientific research integrity. He says that as a backbencher, being on the committee is a good way to influence decision-making.

It’s an intense three hours in the wood-panelled room, as the cross-party committee questions the panels giving evidence – including representatives from University College London, hospitals and medical journals.

Vegan lunch options in the canteen

Over a vegan lunch in the canteen, Darren dishes the dirt on life inside Westminster and reflects on his first six months in office.

“In the members’ tea room, all the different parties sit in their own areas so if any new MPs get the wrong part of the room, they will be told to bugger off,” he says with a smile.

Darren has fallen into the habits of most MPs who eat breakfast, lunch and dinner in the Houses of Parliament – good job it’s subsidised – but he’s not happy about it.

“Timings in parliament are not family-friendly at all,” says the new dad, whose wife Lucy Symons-Jones gave birth to their daughter, Ophelia, on December 5.

Spent the evening away from Brexit madness to welcome Ophelia Symons-Jones to the family. Mum excellent. @NHSHomerton staff superb. pic.twitter.com/4rXva1gpRK

“I think we should make the hours work for all and finish at a reasonable time. I would much rather go home and cook and have a family life than hang around in the pub.

“That culture is changing with new MPs and more women MPs, but I have always said that parenting should not be a gender issue.”

Gender equality is one issue that he is passionate about. Another, of course, is Brexit – possibly a key reason for the pro-European outsider’s surprise election victory over leave-voting Leslie.

His strong views on the matter have seen him defy the party whip on four occasions to date. But he insists he doesn’t set out to be a rebel.

“It is not easy to break the whip when you are a new MP,” he says. “But people in my constituency seem really quite positive and that shows I am doing something right.

“On Europe, it’s a red line, I cannot help but be a rebel. I have Southmead Hospital in my constituency, the port, engineering. They would all be affected by a hard Brexit.

“It will be a complete disaster. But I would not want to be a rebel for rebels sake, I am a member of the Labour party.

“Europe is just more important than any aspirations for the front bench.”

At 2.15pm, it’s time to head to the chamber, where a debate on proposed clauses to the EU withdrawal bill is in full swing. Darren takes his seat on the opposition side, a couple of places down from Labour colleague, Bristol East MP Kerry McCarthy.

He is waiting his turn to speak but, as a new backbench MP, comes low down the pecking order. 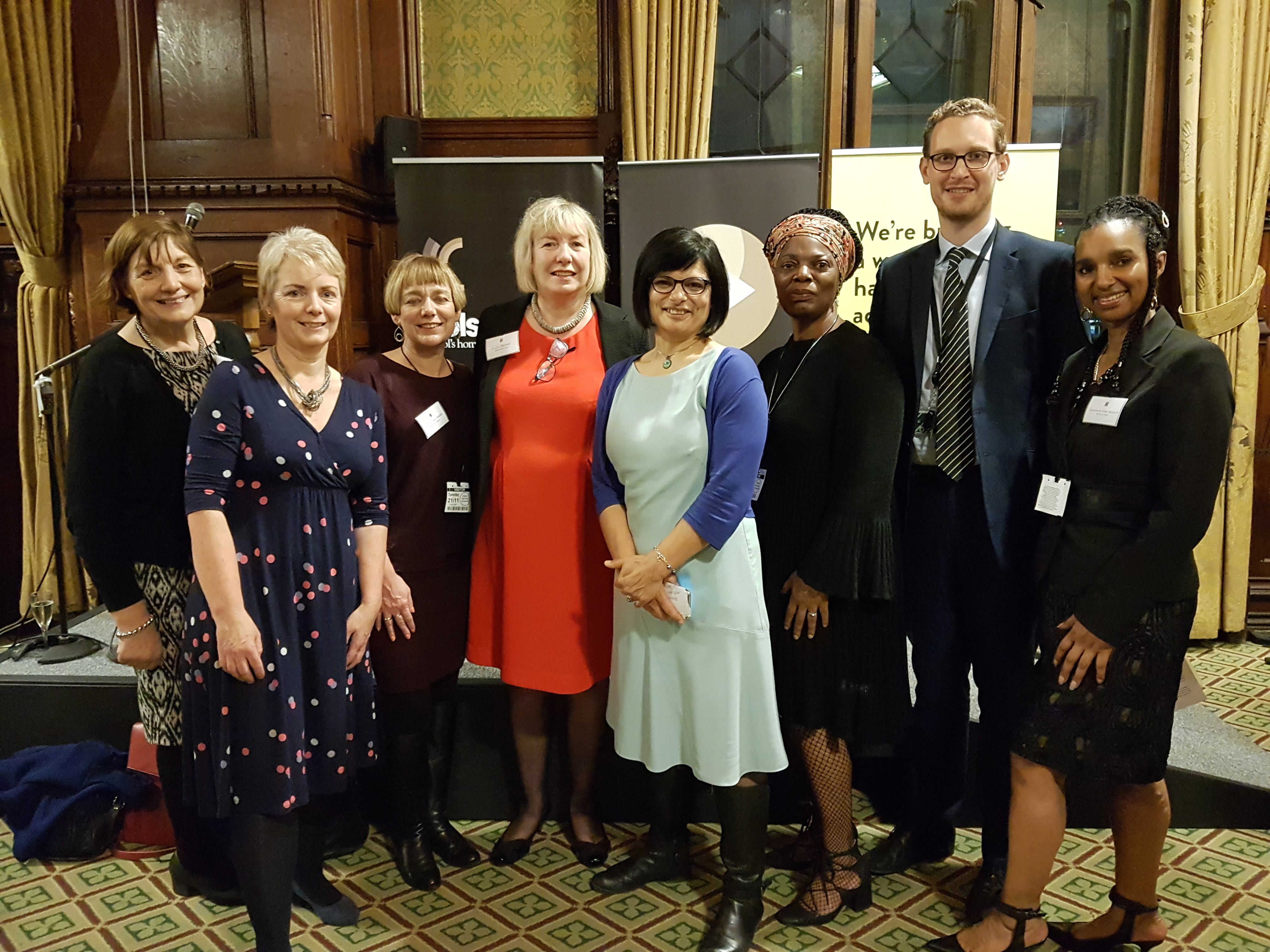 By 5pm, he breaks from the chamber to attend a reception of Bristol Music Trust to celebrate the launch of a pioneering initiative to make music more inclusive.

“Bristol Music Trust paid for me to do all of my grades when I was at school,” says the saxophonist, confiding that he couldn’t otherwise have afforded to play.

Heading back to the canteen, Darren talks about the things that have surprised him most about being an MP.

“The positive is that if you see an injustice, you are in a position to do something about it and people will listen,” he says while absentmindedly squeezing tomato sauce over his chips.

“But my disappointment is that parliament seems to be very inefficient, so achieving what you want is hard – particularly in opposition.”

After reading human bioscience at Plymouth University – where he was president of the students’ union – he worked for the NHS and then studied law at UWE, going on to specialise in consumer rights. 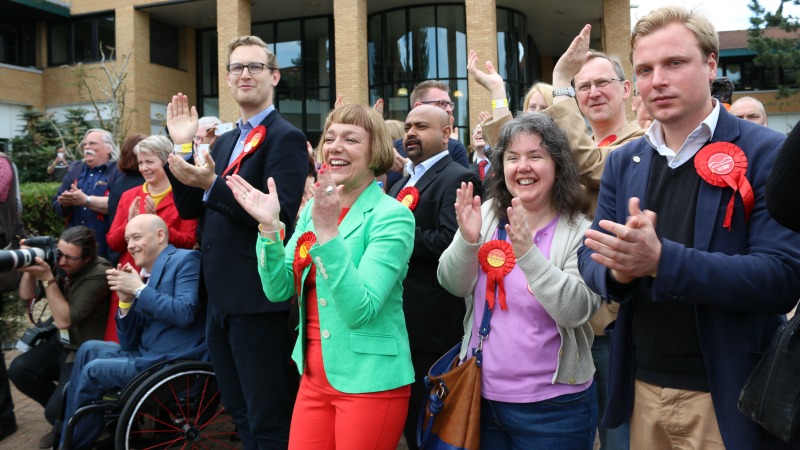 After running as the Labour candidate for Bristol North West in 2015 – only to lose by 4,000 votes, he chaired Marvin Rees’ successful mayoral campaign and then flew to Miami to rally for Hillary Clinton in the US Presidential Election.

Tall and full of energy, he strides confidently through the historic halls of the Houses of Parliament, overlooked by portraits of prime ministers from years gone by.

Yet, he reveals that the one time he tried to use his allocated parking space at Westminster, he pulled up on a Sunday night in his Hyundai, wearing a hoody and guards immediately drew their guns.

At 6pm, it’s time to stop in at a meeting with Avon & Somerset police and crime commissioner Sue Mountstevens and chief constable Andy Marsh. Meeting Bristol’s three other Labour MPs on the stairs, Darren heads in to hear about challenges of policing with reduced funding.

Back in the chamber, Darren finally has his say on the proposed clauses to the EU withdrawal bill at 8pm, staying in parliament to vote between 9pm and 10pm, before heading home to his London flat. He’ll be back in tomorrow to do it all again. 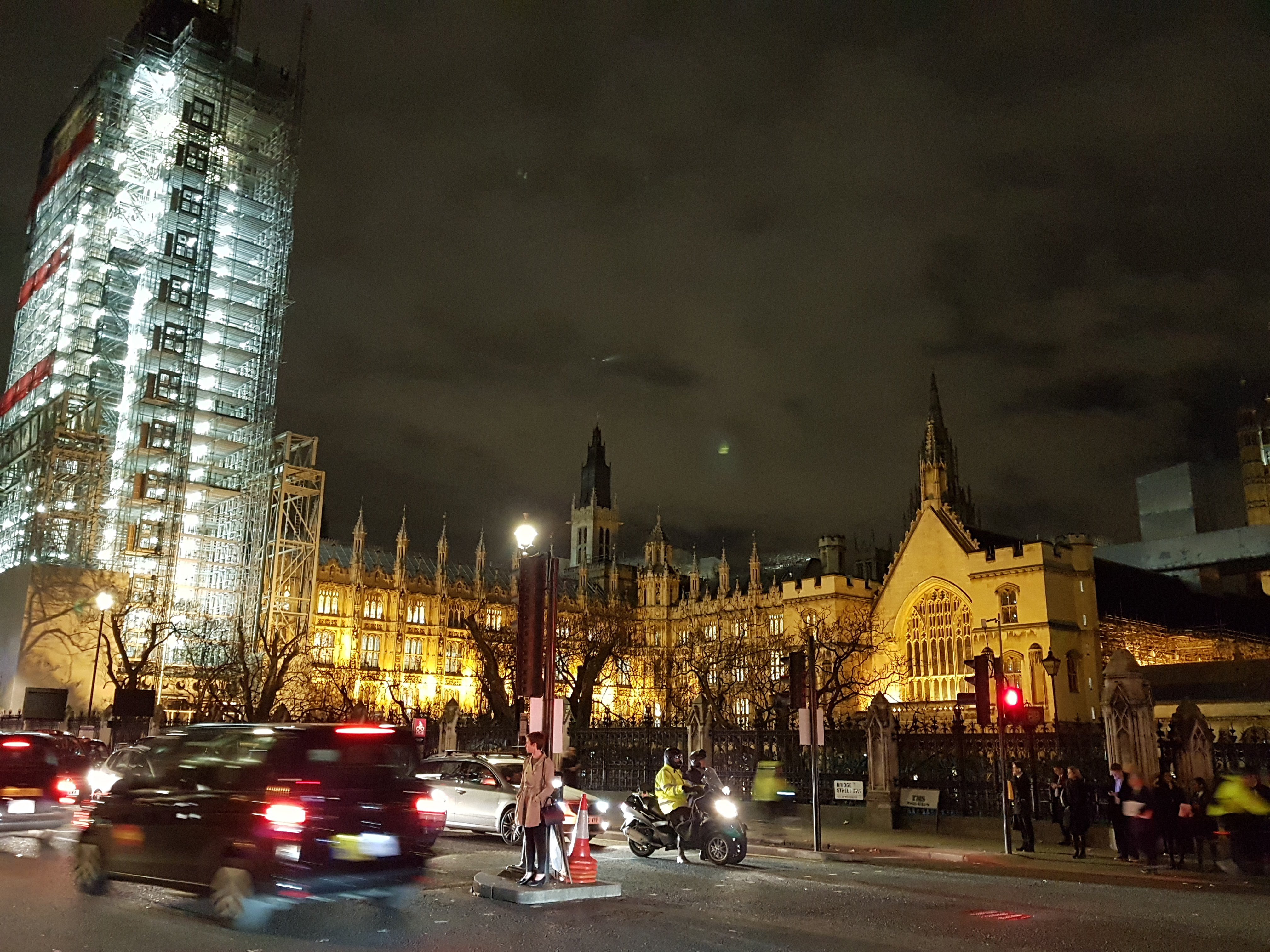 June 8: Swept to victory in Bristol North West with 51 per cent of the vote.

June 11: Heads to London, pack lunch in hand, ready to begin his first day in parliament.

June 20: Makes Brexit a top priority and calls on the Government to ensure Britain remains a member of the single market.

June 26: Makes his maiden speech where he claims to be the first Darren to be elected into the House of Commons.

July 31: Constituency office gets up and running.

October 27: Darren makes headlines by flashing his painted nails in parliament to highlight the issue of modern slavery.

October 30: Speaks out about sexual harassment in parliament

November 16: Announces plans to launch a digital democracy to boost engagement between his constituency and Westminster.

November 28: Speaks out in a Brexit debate on global Britain.

Read more: Bristol MP on the fight for gender equality