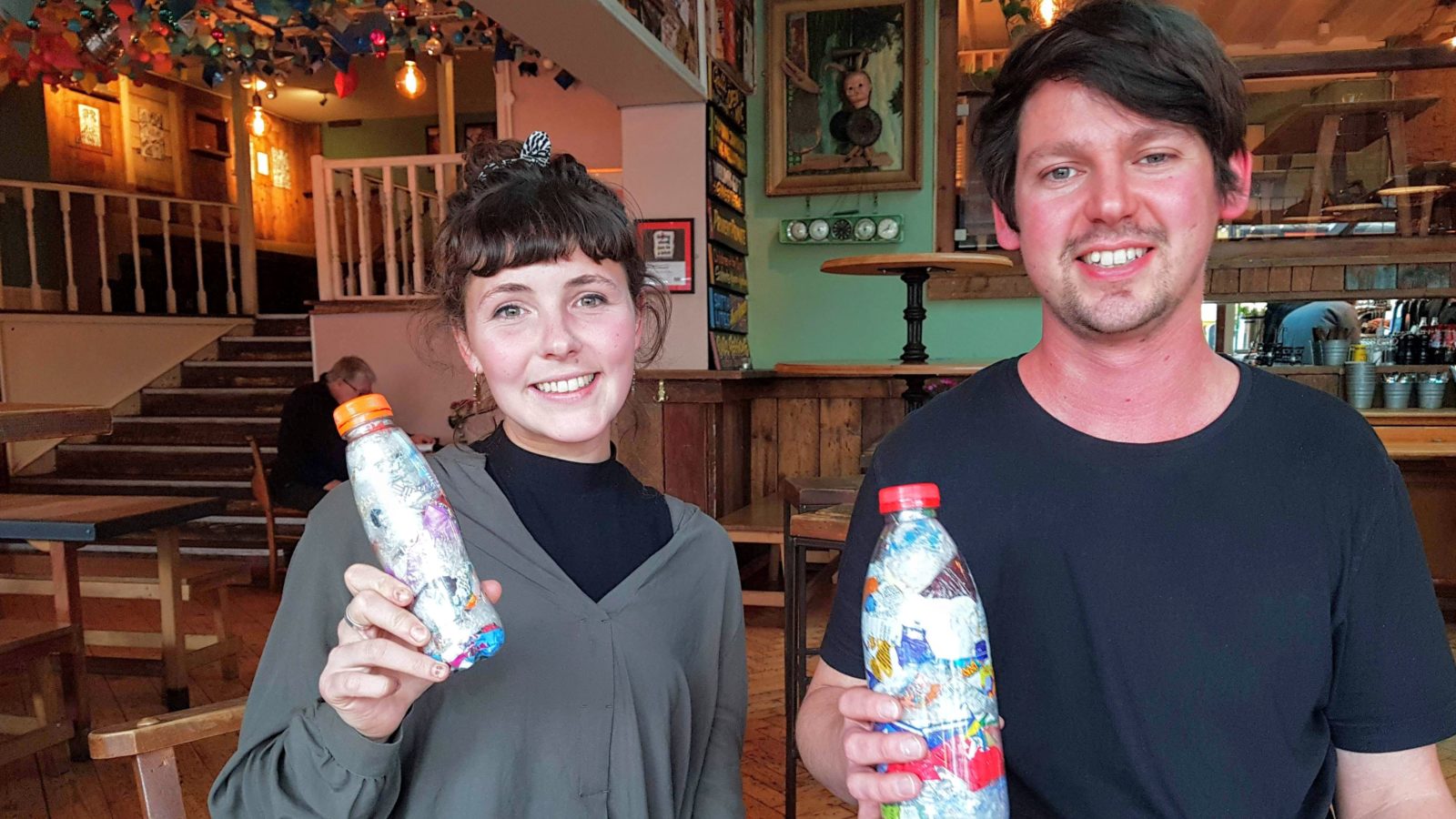 A bottle stuffed full of wrappers may not look like much, but it could be the catalyst for a Bristol-wide movement to reduce landfill and cut plastic pollution

The ecobrick project is fast gaining momentum across communities thanks to the efforts of a small team of volunteers with a vision to turn the city into a sustainability hub, educating against plastic use – and in the meantime, finding innovative uses for items that would otherwise go in the bin.

“It’s not a long-term solution – this project will end at some point, but it’s to manage what’s going on now and help Bristol manage its waste in general,” explains Madeleine Severn, of Bricking-it Bristol, the voluntary group behind the movement.

“We are not saying it’s OK to buy plastics because we can make a brick out of it, we ultimately want to stop the use of plastics.”

She joins Owen Rowland at a wooden table in The Gallimaufry – where he works – to talk about the project that is fast taking off, thanks to the creation of two drop-off points, which enable people to contribute their ‘bricks’

How to Make an Ecobrick

Ecobricks are means for individuals to take personal responsibility for their plastic by containing it and turning it into free building materials that can be given back to the local community. Not only do ecobricks stop plastics finding their way into landfill or the ocean, but also reduce the energy it would take to transport or ship them elsewhere. For more infomation on the global ecobrick movement please check out ecobrick.org or alternatively send us a message and we will be happy to answer any questions you might have.Happy stuffing!The Bricking-it team

Bricking-it Bristol is the brainchild of Francis Gordon, who wanted to create a community hub, bringing together people from across the city to work towards a more sustainable way of living and reduce plastics entering the environment

It was Owen who had the idea of installing drop-off locations to facilitate the donation of ecobricks. As of this week, there is one drop-off bin at The Gallimaufry and one in The Canteen.

“The support we’ve had from James, the owner of the Gallimaufry, has been really helpful and also the People’s Republic of Stokes Croft (PRSC), who have been really helpful in giving us the storage we needed to get the project up and running,” says Owen.

“We have plans to expand into more neighbourhoods, but we need volunteers.” 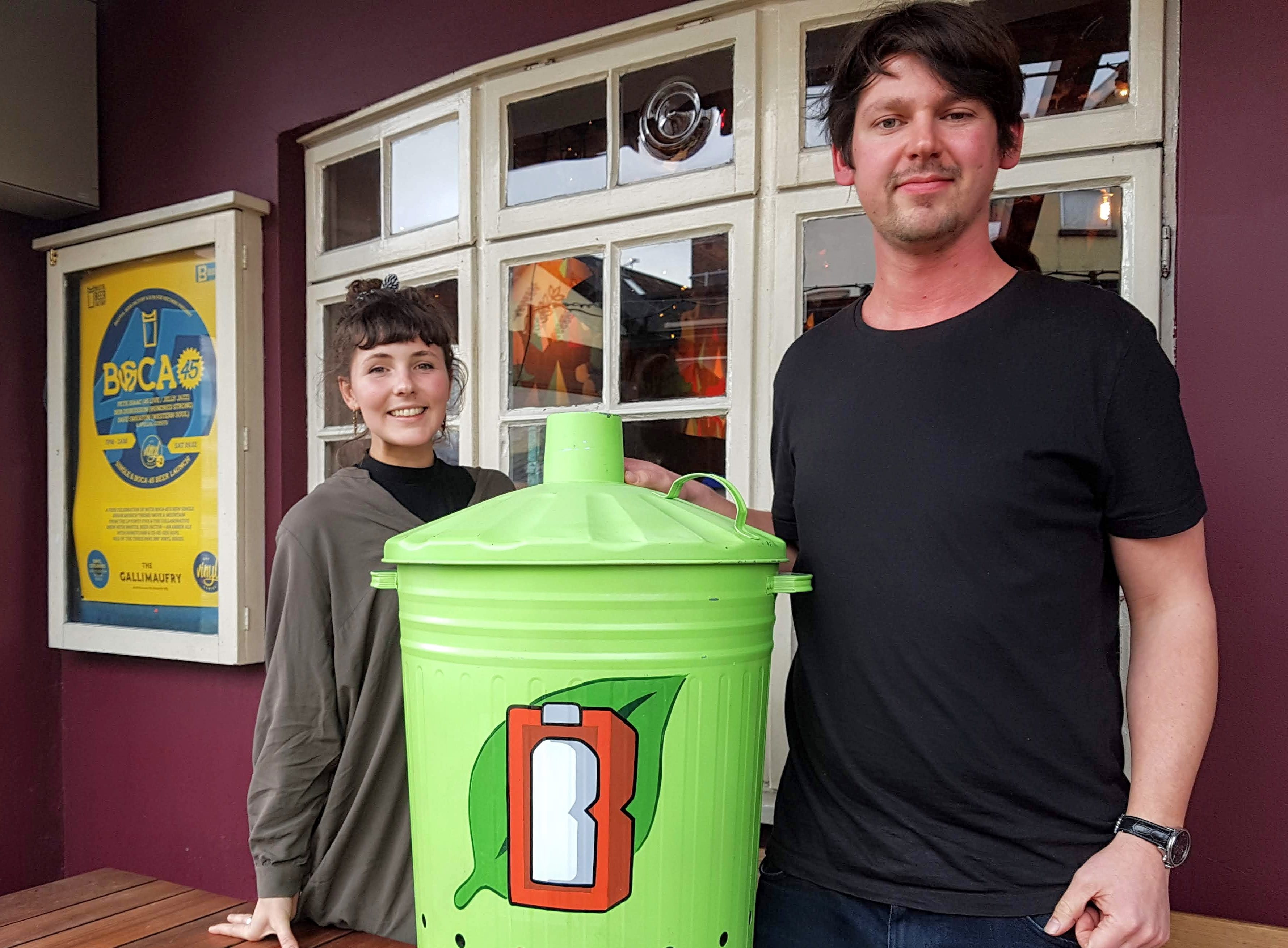 Madeleine says she met Francis on a night out and was so inspired by her idea for a sustainability hub, she decided to get involved.

“It would be great for Bristol to be number one for sustainability,” she says. “The hope is we can go into schools and youth groups and start doing workshop activities; making the bricks, doing art projects and educating people young.

“We hope for funding and sponsorship, so we can do more. The response has been so good, it just shows that people in Bristol want change and they want to do something.”

The concept is simple: save every crisp packet, wrapper, cling film covering and cellophane, wash and dry it, and pack it tightly into plastic bottles, which can then be used in community projects, gardens, art installations and more.

Setting two bottles before them on the table, Madeleine and Owen talk passionately about exactly the right way to stuff the bottles, stressing that everything inside must be clean and dry and packed tight to create the right weight and density to be put to use in building projects.

“It’s amazing when you start packing all plastics in – it really makes you realise just how much plastic we use and throw away,” says Owen, adding: “An entire black bin bags worth of plastic can fill one small bottle.”

Acknowledging that many people don’t use plastic bottles anymore, he encourages resourcefulness in sourcing bottles, whether that be asking neighbours, or local cafes and bars.

He has a little washing line hanging above his kitchen sink, where he dries out all packaging at home.

Talking about the potential impact of saving such items from landfill, Owen adds: “When you look at what’s happening in the oceans, and the harm caused by plastics, this is a way of containing and reusing the problem locally in the city.

“The idea initially is to isolate and contain. It could have massive ramifications for landfill. We are setting ourselves up as a community hub with different community groups who want to be involved.” 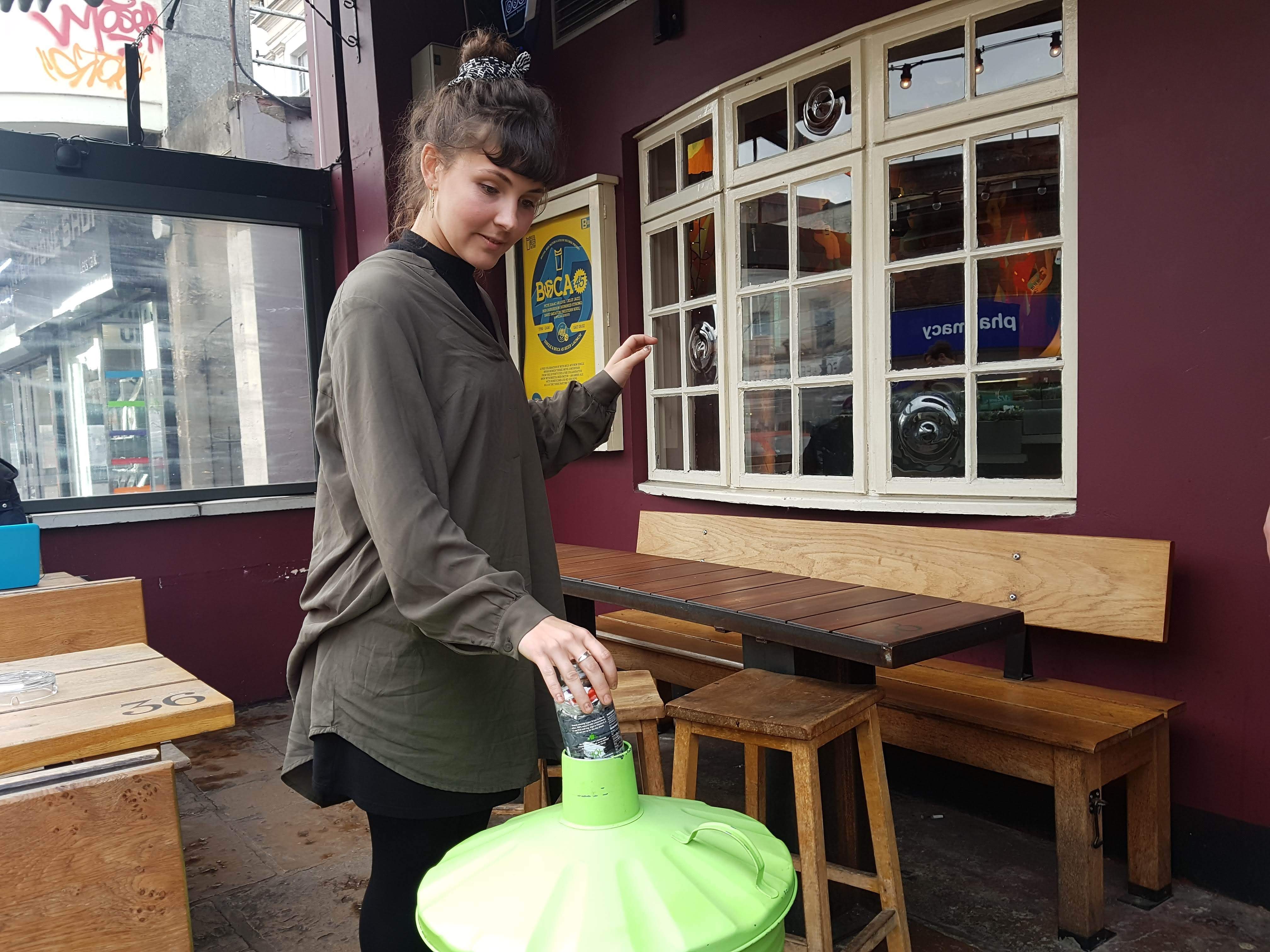 The ecobrick bin in operation

Ecobricks were first invented in the 1970s, and took off in the early 2000s. They have been used in other countries to build school and homes. While this can’t happen in the UK due to regulations, they can still be put to use in community projects and gardens.

Bricking-it Bristol members have not come across any projects in the UK taking place on a citywide scale.

“We really want to bring it back to the community,” says Madeleine.

The group is encouraging more people to get involved in making bricks at home. They are after more volunteers to help facilitate installation and management of drop-off bins across Bristol.

For full details about the project and how to make ecobricks visit: www.facebook.com/brickingitbristol/ or www.ecobricks.org/. 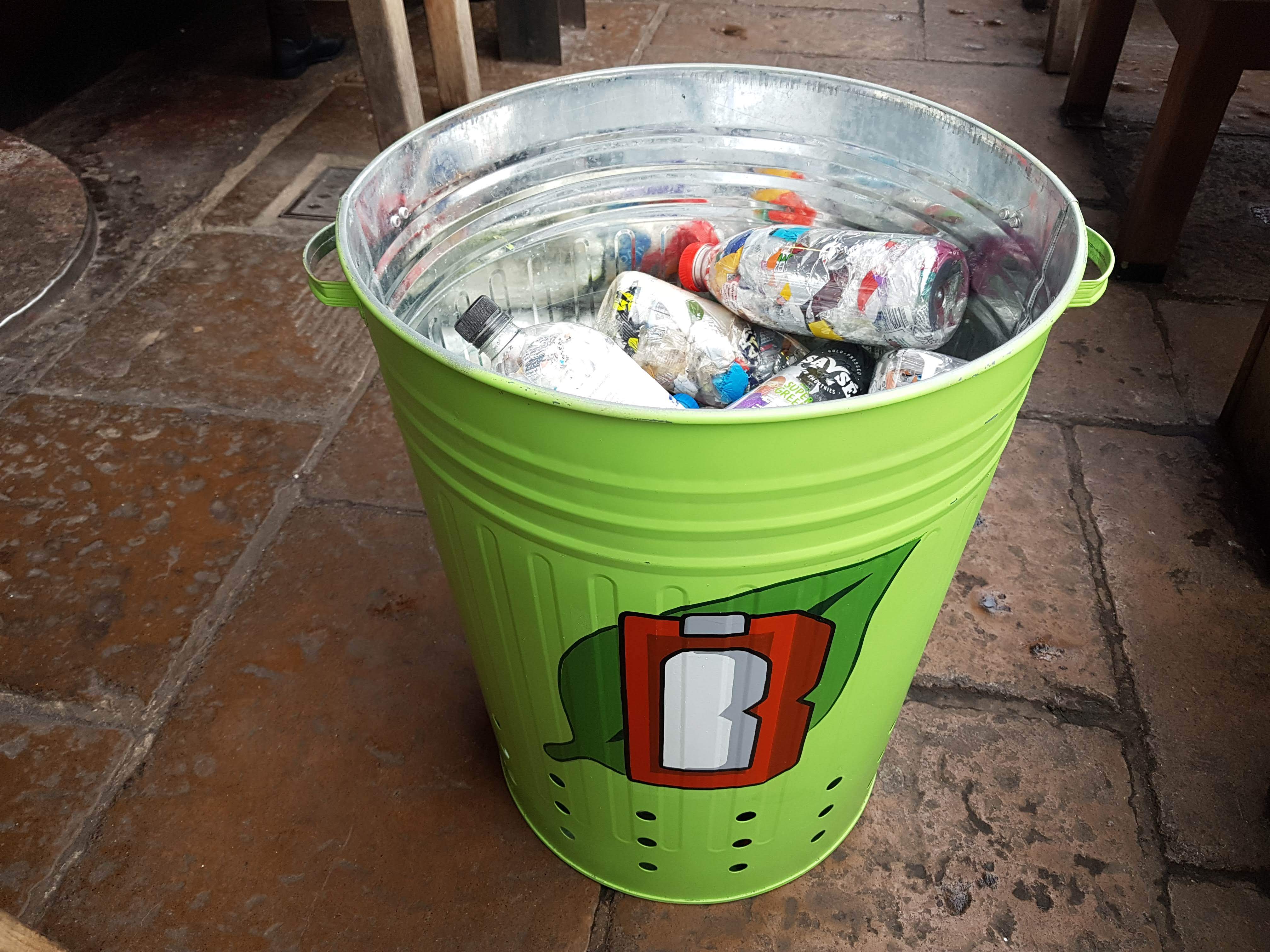 Once the bins are full, the bottles will be taken to the lock-up ready for use in different community projects

Read more: ‘We must eradicate single-use plastic from the fast food industry’