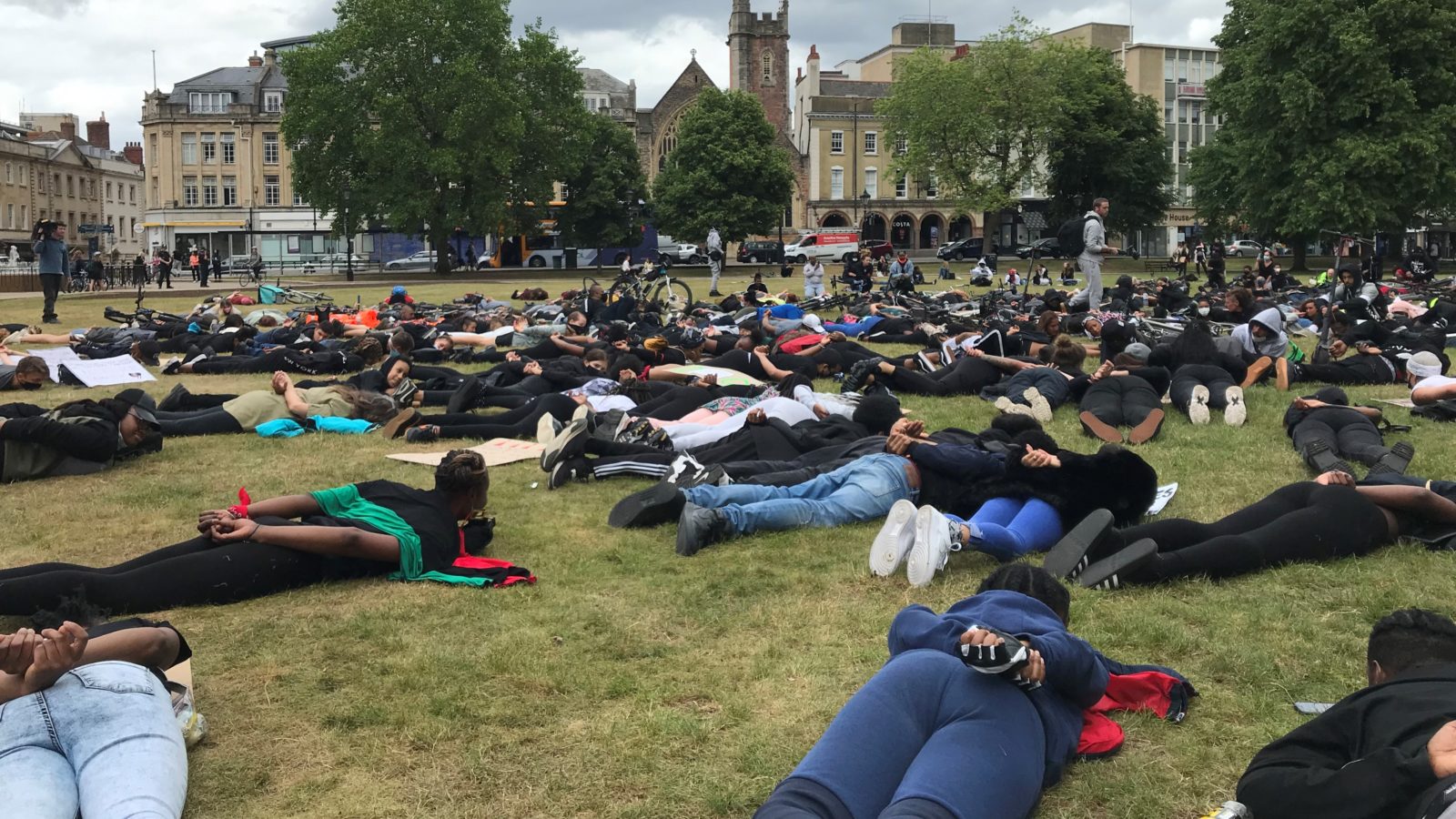 Eight minutes and 46 seconds. That is how long a police officer’s knee was kept on the neck of George Floyd before he died in Minneapolis.

In Bristol on Thursday afternoon, protesters lay down on the ground for eight minutes and 46 seconds as a Black Lives Matter march came to its end on College Green.

Lying on their stomachs with their hands clasped behind their backs, the silence was only broken by a lone voice calling out some of the last words of Floyd: “I can’t breathe.” “Please, please, please.” “I’m about to die.”

Marchers had congregated in Eastville Park and taken the knee, before they walked down Stapleton Road, Old Market Street, Wine Street and Baldwin Street towards the centre.

Speaking via a megaphone to protesters in Eastville Park before the march started, one man said: “When I started fighting for myself, they locked me up. But I’m not having it anymore.

“I’m sick and tired of seeing people that look like me, talk like me, dead in the street for nothing.

“It’s alright to be angry. I’m angry. But I’m peaceful. We’re not going to go break anything up, or smash anything up. But we’re going to let these people know that we’re not having it.”

As the march made its way from Eastville Park to College Green, protesters chanted not just the name of George Floyd but also that of Mark Duggan, who was shot dead by police in London in 2011; and Stephen Lawrence, who was stabbed to death in an unprovoked racist attack by a gang of white youths in London in 1993. 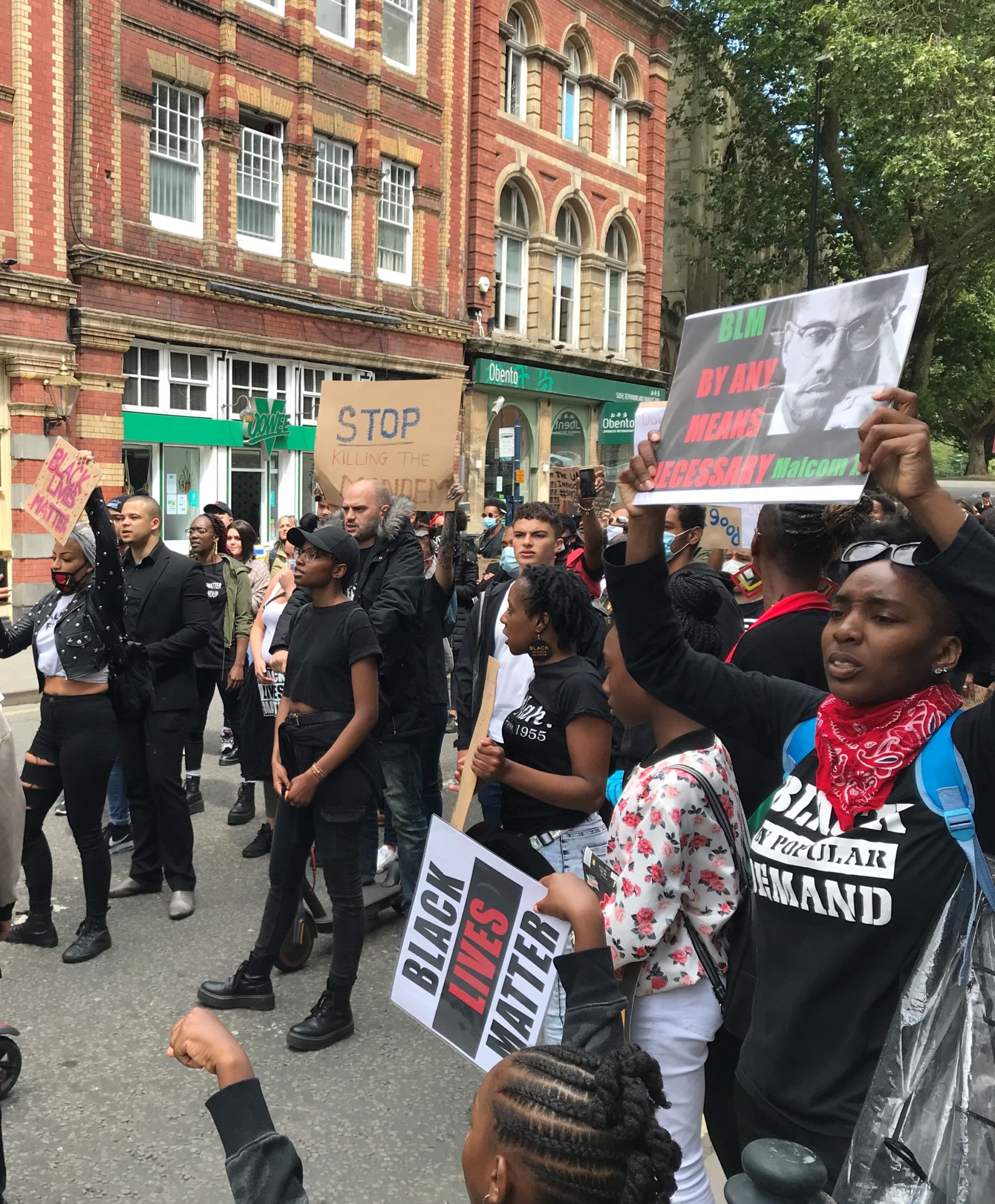 Many passersby stopped and applauded the marchers as they walked, with shopkeepers coming out of their shops and drivers tooting their horns in solidarity.

A larger Black Lives Matter protest is due to take place on Sunday, beginning at 1pm on College Green with speeches followed by a march through the city centre from 2pm.

Thursday’s peaceful demonstration only briefly boiled over into anger when a few protesters confronted police on College Green who refused to lie down on the grass with them.

But as one man vociferously berated a female officer standing in front of City Hall, other protesters told him to calm down and come back to lie down on the grass himself for the rest of the eight minutes and 46 seconds.