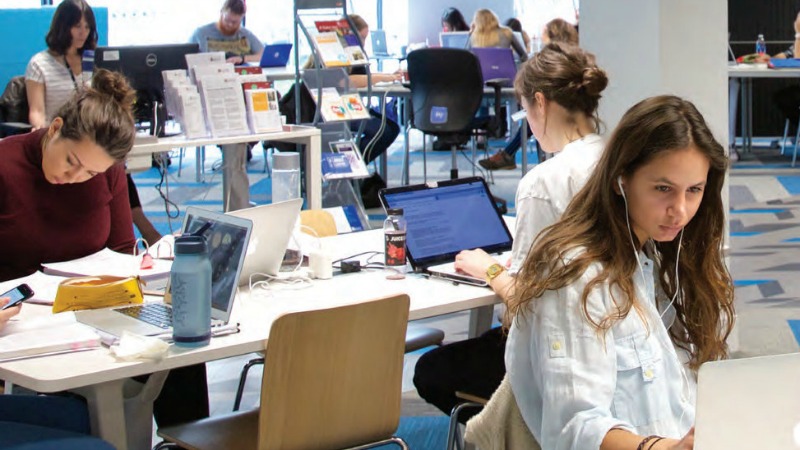 As Bristol faces the prospect of losing almost two-thirds of its libraries, the University of Bristol is planning to build a brand new £75m central library.

Tuesday is the final day of a consultation that will see the number of libraries in the city go down from 27 to just 10, with a reduction in opening hours of the libraries that remain.

But the closure of the council-funded libraries is coming at the same time as the University of Bristol is putting plans in place to build a new library within an enhanced main campus around a pedestrianised Tyndall Avenue. 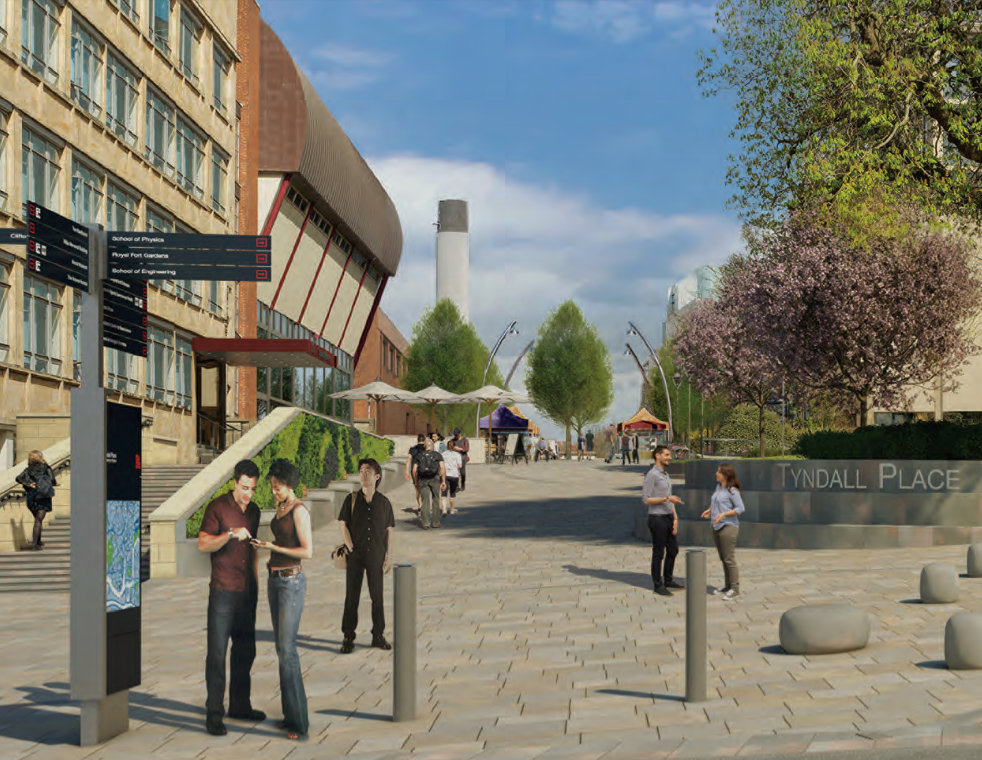 An artist’s impression of a pedestrianised Tyndall Avenue

The building will be an 11,000m² home for the university’s library which is currently spread across nine separate sites, and is due to open in summer 2021.

According to the brief from the university: “The aim of the procurement process is to establish a professional team for the new university library which will be the centrepiece of the Tyndall Place development and will form a principal part of the university strategy, creating a palpable heart for the Clifton Campus, focussing on the provision of a range of student activities and creating a real sense of destination and welcome for the entire university community.”

The deadline for applications from architect-led teams to design the new library is 5pm on Monday, August 11, with the overall winner receiving a £2.25m commission.

“Our local and international partnerships will be a beacon of good practice in global higher education.”

Away from the university, those taking part in the city council’s consultation do not have not much choice when it comes to which libraries in Bristol should remain open, with three options available: 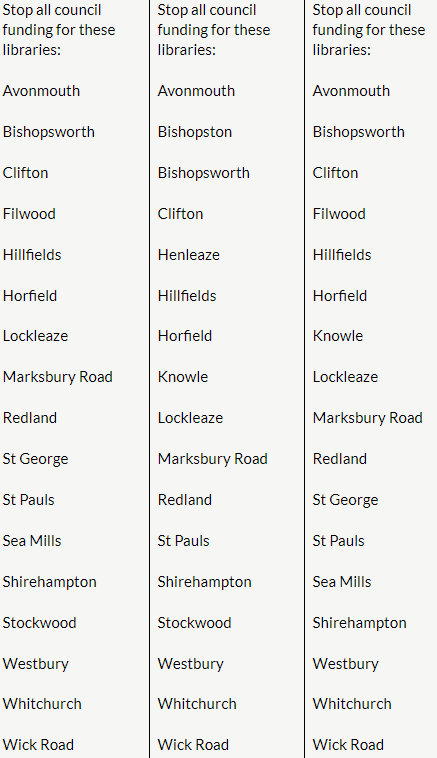 Val Cobbin of Love Bristol Libraries said that she wants to see a publicly funded and managed library service that is open to everyone in Bristol, and is “concerned and worried that the current proposals to close 17 of Bristol’s libraries will leave many residents and vulnerable people in a difficult situation”.

She said: “We welcome Bristol University committing to opening a new library, and we look forward to seeing how they will work with local people to make this a success, but we don’t feel this removes the obligation of the council to provide a library service to ALL of Bristol’s residents, and it cannot be the entire answer to the current disastrous situation facing Bristol’s library service.”

Eleanor Combley, Green Party councillor for Bishopston and Ashley Down and leader of the Green group of councillors on Bristol City Council, said: “Our universities bring many benefits to us as a city. However, current government policy forces universities to grow or die.

“This unlimited growth places strains on city services, whilst their tax exempt status and the loss of the central government grant which used to compensate us for students’ council tax exemption means they don’t really pay their way.

“It boggles the mind to consider that the university is able to spend on one library a sum that would allow Bristol City Council to keep all our libraries open for 50 years.

“And to me, it underlines the point that there is money in the economy and that the impoverishment of our public services is a political choice.”

Nobody from the University of Bristol was available for comment.

Main photo courtesy of the University of Bristol

Read more: ‘Library lovers in Bristol face the fight of our lives’