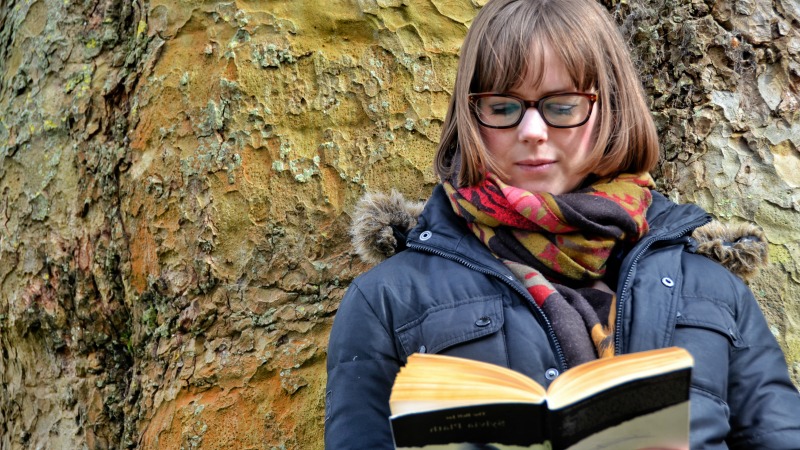 Growing up, I loved libraries. My brother and I were always a cheap date – if ever my mum was struggling to find something to occupy us she would take us to the library. There, with its towering shelves of books, books and more books, the pair of us would be happy for hours.

I remember going to our small, local village library. We had a cardboard library ticket each – colour-coded for children’s books. It was our ticket to a world created by Roald Dahls, Enid Blytons and Dick King-Smiths. As we outgrew the small centre down the road, it became time to move on to the big central library in town – a huge-to-us Edwardian building whose children’s section was the same size as the whole village library. Here I discovered books that are still favourites today – the Carbonel series by Barbara Sleigh, Quest for a Maid by Frances Mary-Hendry, some odd book about a girl who looked after lots of cats. There were the Sadler’s Wells books (the YA of our time!) and the soppy, sad books about young teens dying and falling in love.

Soon even the expanded children’s and teen section wasn’t enough for me. I wanted grown-up books, and my upgraded library ticket gave me access to them. Like all teenagers, my brother and I could be moody and uninterested. But we still looked forward to trips to the library. In those days (much like now really) I would read anything – classics and historical romances; biographies of long-dead film stars (Mae West and Tallulah Bankhead – even though I had never seen their films); and, as I got a little older, second wave feminist texts that raised more questions than answers, but that set me on the road of political activism. I read books that were too old for me that I would return to in later years, a little wiser, a little more experienced. I discovered the world through books, through the library.

I was 16 years old when I found the library book that would change my life. It was a copy of Paris was a Woman by Andrea Weiss in the ‘women and gender studies’ section of the library.

For the previous two years I had been obsessed with Colette. I scoured second hand bookshops for the cream and orange penguin editions of her novels and short stories. I received Judith Thurman’s definitive biography for Christmas 1999, and devoured it – fascinated by both her life and her literature. So to discover a book about my hero in the library – it was a win!

I sat down next to the shelf and opened up. Inside, I discovered a world of women writers. Gertrude Stein, Djuna Barnes, H.D, Colette of course, Janet Flanner – in the book’s beautifully designed pages I discovered a community of women who were writing, publishing and creating in the heart of the most exciting city in the most exciting decade, Paris of the 1920s. Here was a group of women who had left their conventional lives and headed out to Europe to become the women they wanted to be. Djuna Barnes and her red lips and nails, and her densely poetic prose that no one else has come close to. Janet Flanner with her all-seeing eyes and great observational wit. Gertrude Stein with her male genius and literary cubism, Colette with her Claudine, H.D imagiste – these were the women I wanted to be “when I grew up”.

I was hooked. Every trip to the library I would check out this book, alongside Ali Smith’s first collection of short stories with its vignettes on watching Louise Brooks and Greta Garbo on the silver screen.

Fast forward a decade, and I’m now writing my second book inspired by the women of the 1920s Left Bank. And now I’ve arrived, rather circuitously, at the point this article wants to make.

It’s also because of libraries that when I was broke, I could still read new books and go on the internet to look for jobs.

Since the Coalition came into power in 2010 and started to implement their austerity cuts, libraries have become increasingly under threat. They are seen as a ‘nice to have’ rather than a necessary part of any community.

This has to be challenged. Libraries are vital. They help create and shape the next generation of readers and writers. They give young people and adults access to a world of learning and knowledge which they may not otherwise have. They bring communities together with their reading groups and children’s events. Libraries are not a luxury. They are a right. Knowledge, arts, science, learning – none of these are luxuries. We all deserve access to these things. We all deserve access to books.

I know I wouldn’t be the person I am today without those after school and weekend visits to the library. I am forever grateful to my mum for taking us there. We cannot allow future generations to be robbed of the sanctuary of libraries. We cannot risk losing the next generation of writers and thinkers, as we carelessly lose our libraries.