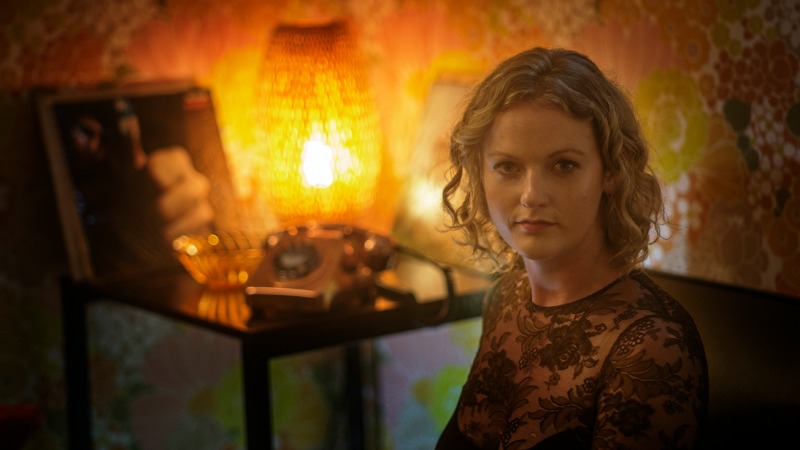 Here’s this weeks Talking Passions with the soulful sounds of Victoria Klewin & The TrueTones! Victoria fell in love with jazz and soul from an early age, and this, along with the most encouraging parents in the world inspired her debut album ‘Dance me to Heaven’! Adam caught up with her recently to talk about the new album and her passion for music…

Adam Chisman (TP). “As a young girl what did you want to be when you grew up and how did you get to where you are now?”

Victoria Klewin (V). “Well it was pretty simple for me actually. For as long as I can remember I wanted to sing. I think there were about three things I wanted to do before that in quite quick succession and that was ballerina when I was really young, footballer during Euro ’96 just for a month.. laughs.. and policewoman. I don’t think I’d like to do that now but there was a short time when I was about six when I did. Other than that it’s just been music and singing all the way.”

TP. “Awesome. So are you classically trained or did you go to college or university?”

V. “Yeah, I started lessons when I was eight doing classical stuff and loads of choral stuff at school, and then slowly got introduced to jazz, and did a bit of big band singing and started to sing with bands outside of school. I went over to the dark side from classical to just wanting to just wanting to focus on blues and soul and jazz. For a while I wanted to do music theater when I was younger. I wanted to do that but I can’t really dance so that knocked that on the head. I still love music theater but can’t do the dancing so much.”

TP. “But you can get the crowd hype and that’s all that matters. Now most artists talk of pivotal moments in their career or certain people in particular who have helped them to get where they are. Do you have any particular moments or people who have helped you on you path?”

V. “Well people.. most definitely my parents. I know that’s quite often said, but for me I was always creative, really awful at Maths and Science and all of those things, but good at English and anything arty.. and sport as well, but they never tried to push me in a different direction. When I did A levels I did Art, English, Music and Drama, and at no point did they say you really need to take a language or you should do this. There was never really even any talk of me having a plan B or a ‘proper career’. It was always of course, you’re gonna be a singer. They were always 100% behind me which I massively appreciated, especially talking to other musicians and other friends who’ve said, well my parents tried to make me do this and they always told me I had to have a second thing, you know. I’ve always respected the fact that they were like no, that’s what you want to do.”

TP. “Aww, they sound lovely. So Victoria Klewin & The TrueTones. I really like your sassy vocal style and the texture that you guys create with your music. Who are some of your inspirations in music at the moment?”

V. “Hmm, at the moment.. well, firstly a lot of them are not from ‘at the moment’... a lot of them have passed away. It’s always been the same, when I was a kid I never like the chart music as much as all the records that my Dad played me. I was like, what’s this? And that’s just always been the world that I’ve lived in musically. That being said there’s loads of current stuff that I do like. I really like Lizz Wright who’s an American jazz and gospel singer, and Gregory Porter. You know, that new jazz stuff that’s coming through now, especially where there’s good song writing involved. I really love Imelda May, Alice Russell. I love big ballsy female vocals, but I listen to a lot of different stuff, not just stuff that’s relevant to my music. I really like punk, I really like classical still. I try and make sure I’m still listening to everything, but I guess the stuff that’s relevant to my music is that strain of anything that mixes contemporary song writing with jazz, soul and blues.. that’s my bag.”

TP. “Amazing. So you’ve got a new album out, Dance me to heaven, which is great by the way, and it was funded through the Bristol organization Fundsurfer. Can you tell me a bit about the process?”

V. “Yeah.. I put it off for years because I was scared basically. I don’t know if you know her but Amanda Palmer, she was in a group called the Dresden Dolls, and I think they were on Sony but got dropped, or they fell out or something. She then went independent and had to try and raise the money for her album from her fans. So she crowdfunded and got more than $1 million dollars in crowdfunding money. Obviously I knew I was never gonna get that much, I don’t know what I’d do with it quite frankly... but it did inspire me. From that point though it took me quite a few years just to get the balls to do it, because I was scared about falling flat on my face in front of everyone. You really put yourself out there and say I want this, and it feels like a very.. I don’t know if it’s an English politeness thing but I felt like I couldn’t ask for money and I can’t ask for help, but it makes total sense if you’re not signed, that you would need that input from your fans. So the process was just making a video.. I did it all myself, so made the video saying how much I wanted and what I wanted it for, introducing the band to people that didn’t know us, and then emailing everyone I could think of and saying, hey if you want to get involved here are the rewards you can get. So people give money and they always get something back. At the base level they get a download or a CD, but then we did gigs, we did T-shirts and signed photos, framed copies, things like that. It was amazing, and I never expected to.. so I set the target at £4,000 and we went over that by £800 which I never dreamt would happen.”

V. “I wish! No, it’s all gone now. If I was to do it again, not straight away because that might kill me to be honest. But if I do do it again this has been an invaluable experience, certainly in terms of budgeting, because that’s more money than I’ve ever had to play with on any project. So I was like, it’ll be fine, but the more money you have at your disposal the more things you try and do with it and then before you know it it’s gone. To someone like me £4000 is a massive amount of money, so in my head I was thinking it’ll be fine, we’ll have loads left over but no. After recording, mixing and mastering and printing, I’m having to finish it myself basically, which is fine.”

TP. “Well the actual album itself, can you tell me a bit about what it means to you and the concept behind it?”

V. “Dance me to Heaven, the title track, is a song that I wrote with an ex-boyfriend. I remember really clearly actually. We were in my bedroom and he was playing guitar and I just had this idea of the chord sequence, and the lyrics came into my head, and I was like, oh can we play this, and I remember really clearly writing it. So that’s the oldest song on the album, and because I haven’t made an album before, but I’ve been writing and gigging for such a long time, the songs on this album are all songs from age 16 to last year, and I’m 29 now, so there’s a real mix of material there. But I wanted to name the album after the first one.”

TP. “What’s your favourite track on the album?”

V. “Oh that’s hard. I really like Home Alone, that’s one of the more jazzier, straight ahead jazzy songs. And I really like that it’s.. I hate using the word unique, but I think it’s quite unusual, in that it starts with finger clicking and ends with those same finger clicks coming back in. I just think it’s quite quirky and memorable. I also really like the track called If This is Love, which we stripped back. We just did it live in the studio with the piano, harmonica and the vocals, and backing vocal harmony parts which I sang. That’s the most acoustic track on the album I guess, and I really like how that’s really bare and raw.”

TP. “Fantastic. Well finally, I know it’s gonna be all go go go with the album but what do you have in store for us over the next few months?”

V. “Well I have a few interviews and some radio stuff. I’m actually doing Dessert Island Disks tomorrow morning. I’m gonna have to get up really early in the morning and I hate the mornings... but I have to talk for an hour and I’m really worried I’m nbot gonna know what to say. Lots more promotional stuff and interviews like this but we’ve also got to do a video for the new single. We’re doing a private launch event for our backers just off Whiteladies Rd. We’re gonna give them their albums and have a little evening just saying thank you basically, but we’re also gonna film some stuff for the new video so that they can be in it as well, as a thank you for being involved. Yeah, other than that just fielding the various reviews that come in and collating that to try and book a tour for next year. I should have already done that simultaneously but there’s only one of me and I’m pretty stretched as it is. I thought let’s get the album out, see how it’s received and then in the new year I’m gonna try and book a tour.”

Make sure you check the album out on bandcamp and iTunes.If you’d like to get in touch with Victoria & The TrueTones you can find them her Facebook, Twitter and at the website at www.vk-tt.com

Here’s a feature on Bristol24/7 called Talking Passions. It’s a Bristol-based interview series that hopes to inspire your creative side by interviewing passionate individuals in Bristol’s arts and music scenes. The driving force behind the series is a belief that within each of us is a creative soul with untold capabilities. It’s not always easy to follow your dreams and try to make it work, and it should be celebrated!

Started by local journalist Adam Chisman, and with links to various Collectives in the city including Liquifyah, The Coconut Collective, as well as Irish online magazine Ceol Caint, Talking Passions comes in two weekly parts, with brand new written interviews on talkingpassions.com and Bristol24/7 and audio interviews on BCFM’s The Bristol Music Show and Soundcloud.