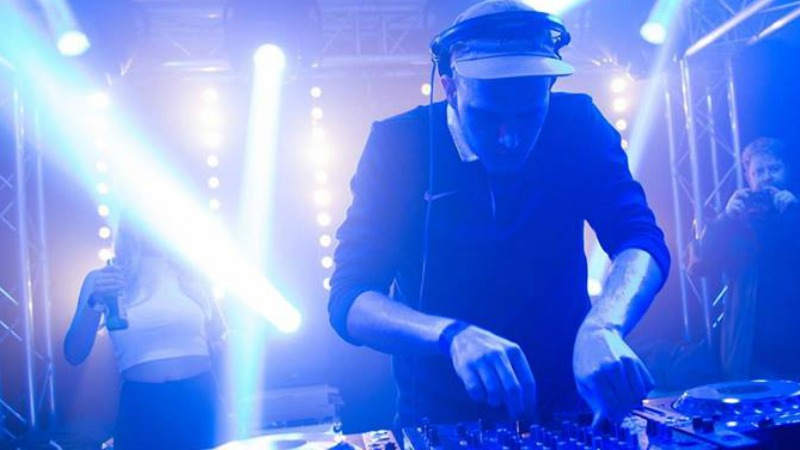 This weeks interview is with the charming, and incredibly accomplished Daniel Fisher! Daniel, more commonly known as Fish, is a Bristol based DJ and music producer who’s on the rise in the bass house, breaks and grime scene. After a busy year selling out shows in Bristol, touring festivals, and releasing an arsenal of new music, I finally managed to pin him down for a cuppa and a chat about his passion for music.

Adam Chisman (TP). “As a young boy what did you want to be when you grew up and how did you get to where you are now?”

Daniel Fisher (F). “As a young lad, I think just all the normal things. I wanted to be a vet at one point.. laughs.. an astronaut, just the normal things, and I never really considered that making a career out of music would be a viable option, but I was always pretty obsessed with music. I used to drum along to Eastenders on pots and pans when I was God knows how old, four or something, and then I did get a drum kit and was a drummer for a bit, but never really considered that I could make a living out of music until a few years ago, I suppose, when I really started to put the effort into making tunes.”

TP. “Nice. You had your own radio station too, didn’t you?”

F. “I did yeah, that started in, I think, 2009. That was from myself wanting to DJ on a radio station, and I was looking around at my options, sort of internet radio stations, and basically wasn’t overly impressed by any of them so thought, I could do this better. So I tried it, and it seemed to go well for a period of time. It’s just only recently actually, now completely disbanded. I left it a few years ago and it was being run by the other guy that I started it with. At one point it was really good. My Nu Leng were on there, we had Benton, people like Funt Case, some of the old Dubstep guys, like Tunnidge. Vodex was on there, loads of good people. Majora too, whose doing quite well now. Mak & Pasteman were on there, I did a show on there… too many people to mention. It did have a reasonably good hay day, but I was putting so much of my time into it, that I didn’t have time to move my own career forward. So just slightly before I moved to Bristol, which was two and a bit years ago, I left that with the guy Chris, who I started it with. I left him in control of it and wasn’t really involved any more, and since then, that’s when things have started to go well for me and I’ve been able to leave my job and make a meagre living.”

TP. “Well you’re a very talented chap, and you’re tracks are getting regular play on Rinse FM, Kiss FM and even Radio 1 now, but can you remember the first time you heard one of your tracks dropped in the club and how it felt?”

F. “Do you know I can’t, but I can remember a couple of occasions where I’ve heard my tracks played in clubs and being quite excited. I’ve heard Champion play a couple of my bits out before, which are actually coming out on his label soon. But the first time I can’t remember. I can remember the first time I heard a tune of mine on Radio 1, it was Toddla T playing it at about three or four in the morning, and I stayed up to listen just in case he played it. I was pretty excited, sat in my living room here on my own at four in the morning.. laughs.. and I couldn’t go to sleep for ages afterwards.”

TP. “A little one man party. It must have felt amazing.”

F. “Yeah it was great, and he’s been supporting a lot of my other stuff since then as well, and so has MistaJam which is nice. It’s a good feeling.”

TP. “This summer has been very busy for you with club and festival performances all over the UK and even Europe. Can you tell me about a couple of your highlights?”

F. “Prague. I did Prague with Marcus Nasty and a guy called PVC and that was amazing. Really, really, really surreal to be lucky enough to go over there and do that but yeah, I just had an amazing time over there. The crowd were really really enthusiastic over there as well, and it was just amazing.”

TP. “How about recently? Was it Field View this weekend?”

F. “I did Field Trip the weekend just gone, and a couple of weeks before I did Field View, which was amazing. That was a smaller sort of festival but there were loads of little workshops we got involved in, little Samba classes, yoga, cape making, it was good. My set went down well as well, but I just enjoyed myself at the rest of it to be honest.”

TP. “Well I’ve seen you DJ and you’re incredibly lively behind the decks. You’re full of energy and this really gets the crowd going. Where do you think your passion comes from when you’re performing?”

F. “That’s fully from the music. Sometimes I barely look up to read the crowd at all, I just get fully lost in it. That’s basically it. I suppose the energy is just from the fact that I feel pretty lucky to be able to do the thing that I love, and that other people enjoy as well, and that I can make a living from it.”

TP. “Well that’s your hard work paying off. Now this year you’ve had a couple of remixes that have picked up the attention of Mixmag, Jade Marie & Ash Turner – Act Stupid, and Skapes & South Royston – Sound Of Our Soul. Sound Of Our Soul received a 10/10. How did that remix come about and how does it feel to get a ten out of ten?”

F. “Well that was probably one of the highlights of my career so far, getting a ten out of ten from Mixmag. I was always looking forward to just getting in Mixmag one day, but to get a ten out of ten, I was absolutely over the moon. I was just asked to do it by Four 40 Records actually, and I can remember that I struggled with that remix for a long time, making it bassline-y. It wasn’t really working, and eventually something just sort of clicked, I put in these funky little horns, some brass stuff, and then it sounded quite good.”

F. “Yeah, which is probably what the majority of the things I make are. Press buttons until something sounds good and then go with that.”

TP. “So your newest venture is Cocobolo Sound, your free online record label. Can you tell me a bit about Cocobolo and your aspirations with the label?”

F. “Yeah, it’s a free label because there’s a lot of people giving music away for free because of numerous reasons. Primarily because people don’t make money from the releases, and everyone wants something for free. So if you’re giving it away for free it’s getting to more people, and if you’re not making money from it anyway you might as well. I think the fact that so much is given away for free now has made the quality control go missing somewhere along the line. So what I wanna try and do with Cocobolo is treat it as if it is a paid label, and put in the exact same amount of effort, and promo, and money into it as I would for something that people are paying for, and to not overcrowd it with mediocre music just for the sake of it, and just because it’s free. I wanna just try and keep it a high standard, that’s what I want to do. Naming no names, there’s a lot of free labels that put out good music, but in amongst mediocre stuff. And I don’t want people to have to scour through, I want people to associate that name with something that is gonna be good.”

TP. “Have you got any releases coming up on it?”

F. “No. But somewhere along the line there’s gonna be one from Witty Boy, who is an old bassline guy who stopped making music a few years ago. I used to love some of his old tunes. I think he did a tune called royal rumble which I used to play, and Iron Man I think was another one. But he stopped making music and he just started again recently, and I’ve got him on board at some point, and a guy called Skepsis who’s killing it in bassline at the moment. Although they are bassline and garage type guys, I don’t want it to be just that. I want it to be anything decent ranging from 120bpm to 140, decent electronic stuff.”

TP. “Finally, what do you have in store for us over the next few months?”

F. “I’ve got a few little bits actually. I just finished off a Tumble Audio EP that should be out within the next month or so. I got the masters back yesterday and they’re sounding really really good. Shout out to Lucent who’s a producer and did those masters actually, for Tumble Audio. They’re the best masters I’ve had I think. Apart from that I’ve got an EP, or tune, but I think it’s gonna be an EP, coming out on Roska’s label Kicks & Snares. Another EP on a label from Guildford, which is where I used to live, called DPM. That’s all wrapped up and they’re sent off to be mastered now. I’ve got an EP with Sherry (S) actually, on a label from, I think it’s California, called Arcane Records. That’s run by a lovely guy called Daniel, with a remix on there by a guy called Pelikann, which is really really sick. It’s actually showed up the original tune. I think that’s it. Gigs-wise I think I’ve done all the festivals now, but I just got booked for Motion in November with Katy B and Geeneus in the main room, so I’m looking forward to that. That’s November 12. Apart from that, this month there’s a couple of gigs at Lakota. Take Off is on September 15 and Cubana on 17, and then Plymouth on 23 for a night called… something… So watch out for that one.” (AndWhat X Lock Off)

Here’s a feature on Bristol24/7 called Talking Passions. It’s a Bristol-based interview series that hopes to inspire your creative side by interviewing passionate individuals in Bristol’s arts and music scenes. The driving force behind the series is a belief that within each of us is a creative soul with untold capabilities. It’s not always easy to follow your dreams and try to make it work, and it should be celebrated!

Started by local journalist Adam Chisman, and with links to various Collectives in the city including Liquifyah, The Coconut Collective, as well as Irish online magazine Ceol Caint, Talking Passions comes in two weekly parts, with brand new written interviews on talkingpassions.com and Bristol24/7 and audio interviews on BCFM’s The Bristol Music Show and Soundcloud. We also have a monthly Talking Passions Podcast on Soundcloud & Mixcloud.