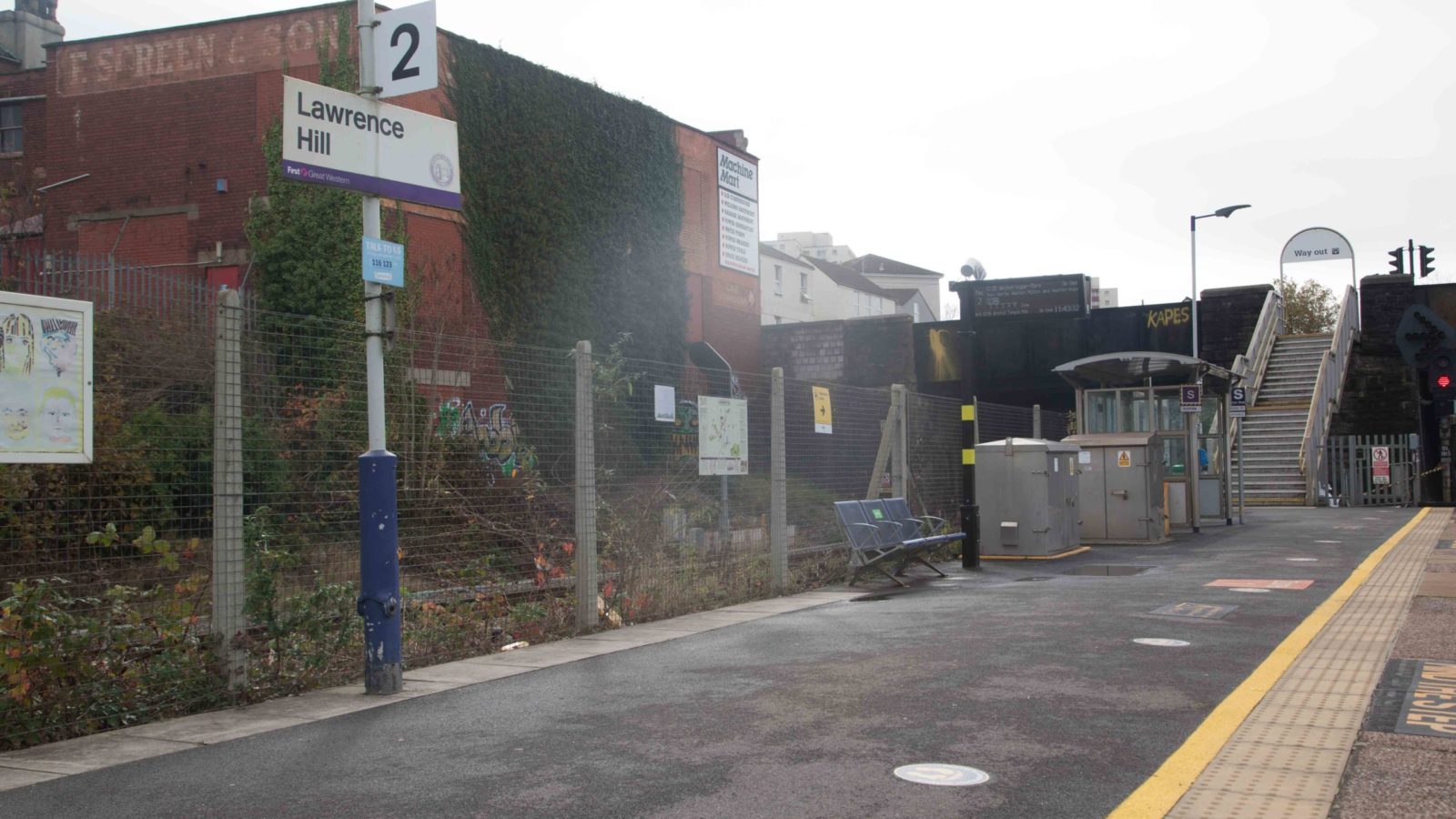 Lawrence Hill railway station, which currently only has step-free access from one platform, will be included in a £100,000 feasibility study that could lead to it being made fully accessible. The study, by the West of England Combined Authority (WECA), will look at the work needed to make all 27 railway stations across the West of England accessible. Making the stations step-free by 2036 is an objective of the Joint Local Transport Plan.

Although the feasibility study will put stations in a better position to receive funding from the Department for Transport (DfT), there is no guarantee that Lawrence Hill will win the bid.

While most stations on the list will need minor improvements to become fully accessible. Lawrence Hill is one of four stations, along with Weston-super-Mare, Parsons Green and Nailsea & Backwell, that will only become accessible through the funding of a lift. This would require a larger pot of funding. 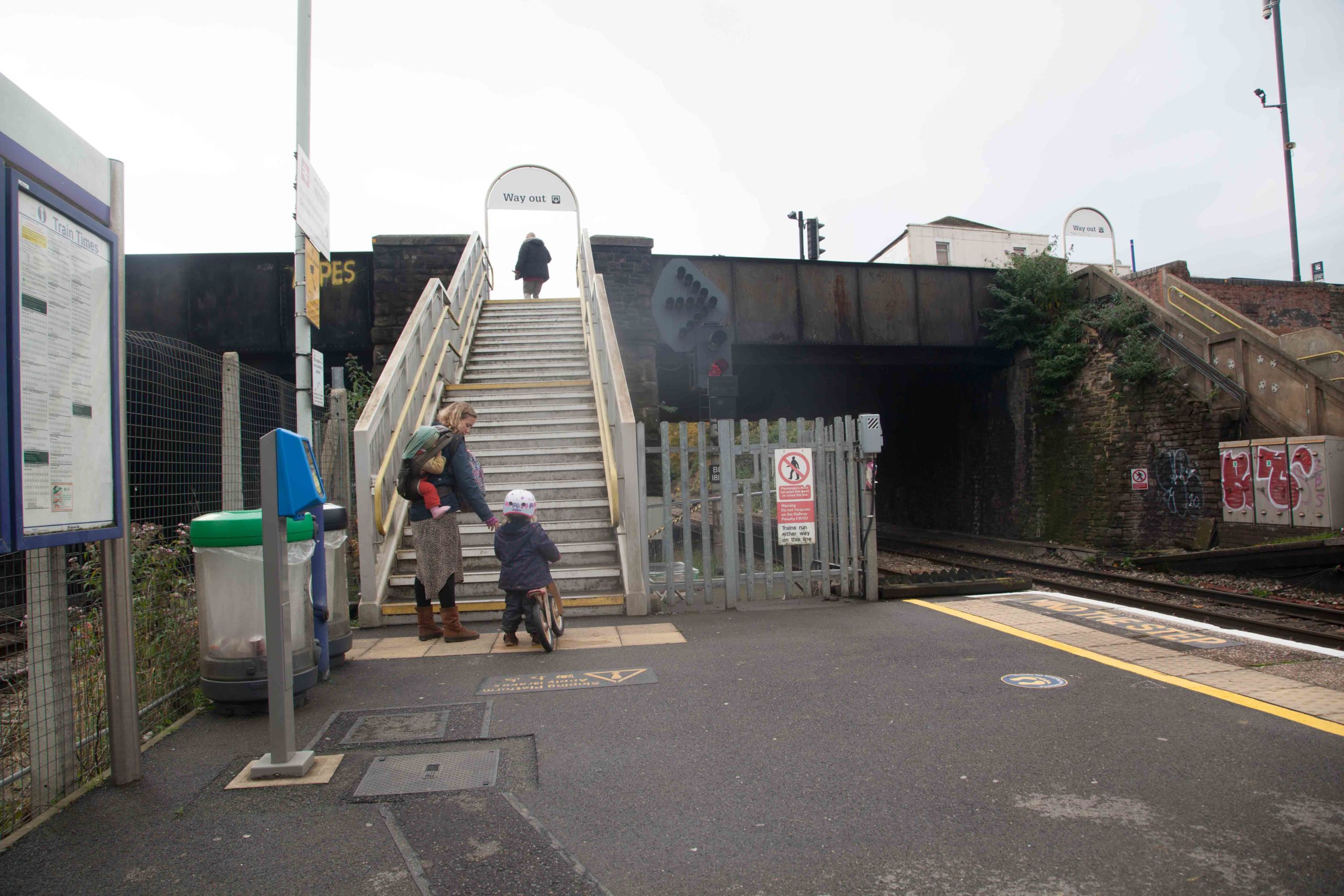 Although nearby Stapleton Road train station now has ramps, it will also require a lift if it is to become fully accessible. It’s currently impossible to cross from one platform to another without using the steps.

David Redgewell is a wheelchair user who uses both Stapleton Road and Lawrence Hill stations. He is a trustee of Bristol Disabilities Equality Forum and sits on Bristol mayor Marvin Rees’ transport board, where he has been actively campaigning for disabled access and the improvement of public transport in Bristol.

“I can get on a train via Lidl at Lawrence Hill but if I am going to Temple Meads or getting off a train going in that direction then I have to use a different station as there is no step-free access from platform two,” David told Bristol24/7.

“The new ramp at Stapleton Road is very steep and it does not allow you to change platforms. The gate at the Stapleton Road entrance is currently shut and without railings it means that there is no disabled access from that entrance.”

David is sceptical about the possibility of Lawrence Hill, or any of the other stations on the list, winning a bid that would allow for enough funds to provide lifts: “We have bid before and lost. There are hundreds of bids every year and most of them get rejected.

“The mayor’s transport board has been pushing for improvements in our meetings with Network Rail. We need cross-party support, council and community support, as well as support from WECA and the Western Gateway transport board to give us any chance of getting funding.” 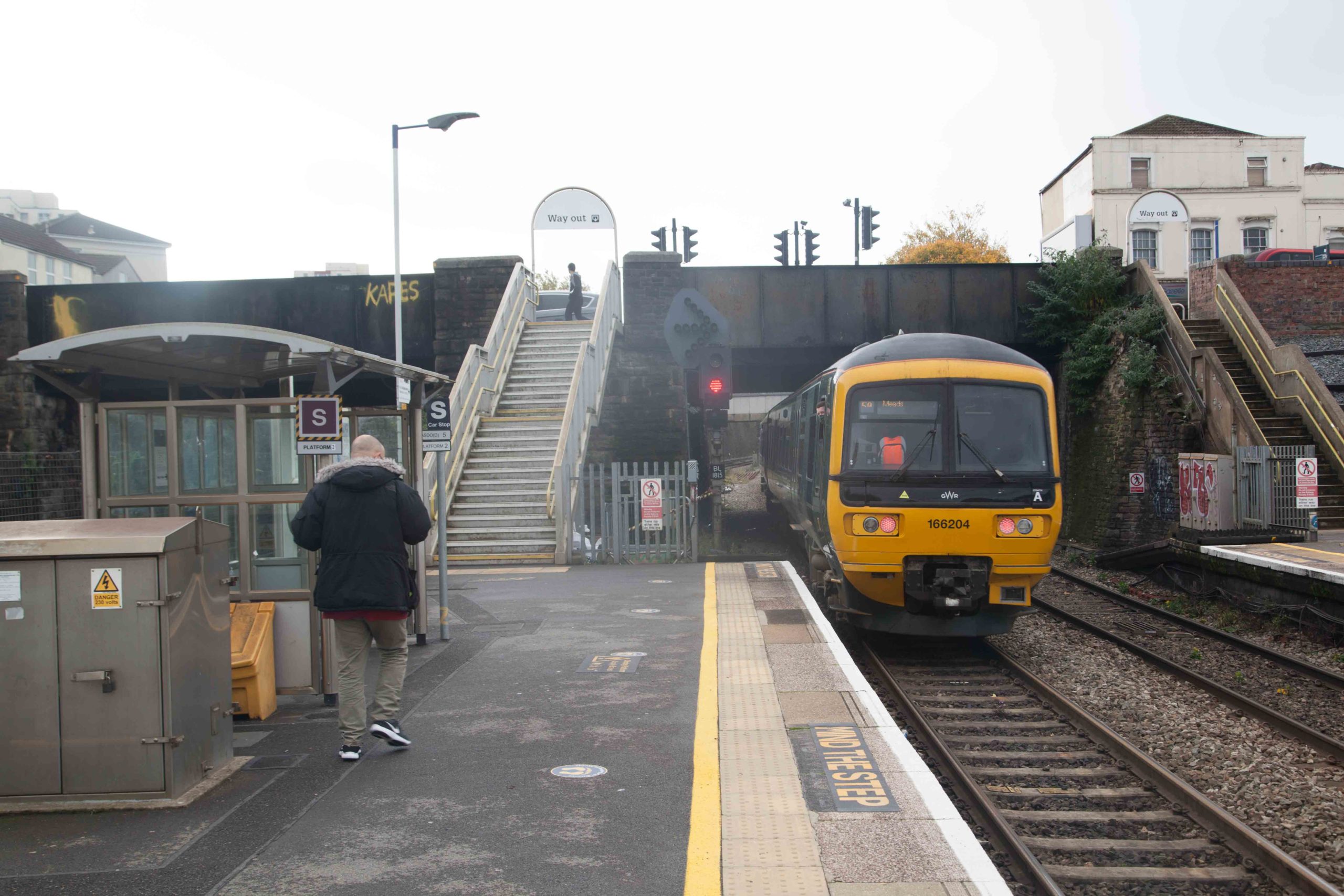 Lawrence Hill is one of four stations in the region that would require funding for a lift to make them accessible. Photo by Omar Nadir-Jones, @officialomar88

The lack of disabled access is one of many concerns that David and other campaigners raise regarding public transport in the West of England. “London, Manchester and the West Midlands all have local control over transport, which allows them to create a more integrated system where they can subsidise fares and have control over routes and timetables” David says.

“We are pushing for transport officers from the different councils that make up the West of England region to come together under the authority of WECA and for North Somerset to also join WECA. If we can do that then we can have more democratic control over our local transport.”

GWR, part of First Group, is now being fully funded by the government until June 2021 due to an emergency measures agreement. It is one of many private rail companies that has received state funding as a result of the coronavirus pandemic. This creates a situation where the railways are being state funded, but all the control remains in the hands of private companies.

“Public ownership of transport is better value for money, but the Conservative government has put in place rules that ban local authorities from owning public transport,” Barbara says. “The next best option would be franchising, and for WECA to have authority over transport.”

In an emailed statement, a spokesperson for WECA told Bristol24/7: “The (metro) mayor and Combined Authority’s approach to transport is to balance the needs of the environment, our economy and residents’ needs to travel, also taking into account health and inequalities.

In order to better understand the impact of franchising on services, revenue and budgets, we are working with other Combined Authorities as they also consider the option.”

Passenger Assist can help with accessibility along the Severn Beach line. Call 0800 0223720 or visit www.nationalrail.co.uk/stations_destinations/disabled_passengers.aspx