Black hoardings along Cattle Market Road sport colourful images depicting the evolving history of this corner of the city.

Behind them, the long-anticipated demolition of the former Royal Mail sorting office – described as “the chipped tooth in Bristol’s smile” by poet Vanessa Kisuule – symbolises a new era for an area set to undergo extensive redevelopment.

The University of Bristol’s new £300m Temple Quarter campus sits at the heart of this change and acts as a catalyst for an ambitious regeneration vision, which will see the city centre shift to the east as plans for new homes, offices, schools and infrastructure come to fruition. 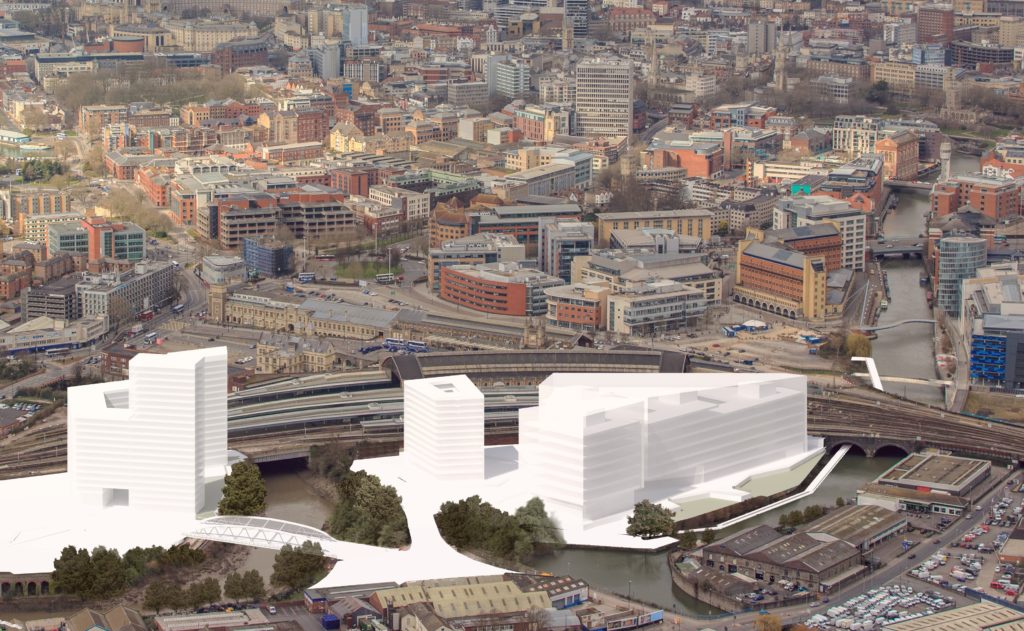 Bristol City Council is currently recruiting for an executive director of growth and regeneration, with a salary upwards of £135,000, to lead the development around Temple Meads, as well as the redevelopment of the Cumberland Basin – or Western Harbour as it’s been recently rebranded by the mayor’s office.

“Our vision is to create a well-connected, sustainable and flourishing new urban quarter. We hope it will be a place that is welcoming to all and builds on our strengths as a world class city,” he told Bristol24/7.

“With billions of pounds invested in infrastructure it will have the right balance of homes and employment opportunities which, when coupled with the development of Temple Meads and other transport connections, will provide social and economic benefits for our citizens and businesses.”

It is am ambitious vision and one that has the potential to benefit the nearby neighbourhoods of Lawrence Hill, Barton Hill and Old Market, as well as the wider city with the provision of homes, jobs and improved infrastructure.

The only catch is that, despite worthy intentions, the council has very limited powers to hold private companies to their promise of providing affordable homes for local communities.

Multi-national investment firm Legal and General (L&G) is set to have exclusive rights to develop Temple Island, the brownfield site once earmarked for an arena, after entering into a strategic partnership with the council.

This is on the proviso it will include at least 40 per cent affordable housing on the land.

But L&G has already gone back on a similar promise at a site in Temple Quay, just a stone’s throw away, where it is pressing ahead with plans to build a 120-apartment development with just four affordable homes – well under the set quota – after winning an appeal.

Read more: Central Bristol development with only four affordable homes will go ahead

Opposite the contentious Temple Island site, the new campus due to open in 2022 is something of an ideological and literal shift away from university’s elite status.

Those leading the project are keen to stress that the campus will be open and welcoming to all, with inclusive economic growth and job creation at the heart of the development.

Yet concerns lie in how benefits will be distributed in practice and the potential knock-on impact on rents and infrastructure of surrounding neighbourhoods with an influx of new residents and students.

The university also sparked criticism from many in the city after the recent publication of a Guardian article, which stated its management team refers to the new campus development as a move to “the wrong side of the tracks” – words that have been slammed as unhelpful and proof of inherent bias.

I totally support @BristolUni new campus at @TempleQuarter but can’t be the only one thinking that hearing that they think in terms of south and inner city #Bristol being “the wrong side of tracks” explains their problem.https://t.co/esp5EQh6jz

A report by Easton-based organisation Up Our Street highlighted fears that the emergence of “tall shiny new buildings” will only serve to exacerbate existing inequalities.

One interviewee in Barton Hill said: “I will be really sad if Somali people are only doing the cleaning jobs. You have an example at Cabot Circus of a development on our doorstep, and how little it did for the community.”

Others highlighted accessibility as a key issue. Inadequate public transport links and paths that are poorly lit and unwelcoming, such as the graffiti-covered tunnel along Cattle Market Road, currently act as barriers to many residents. 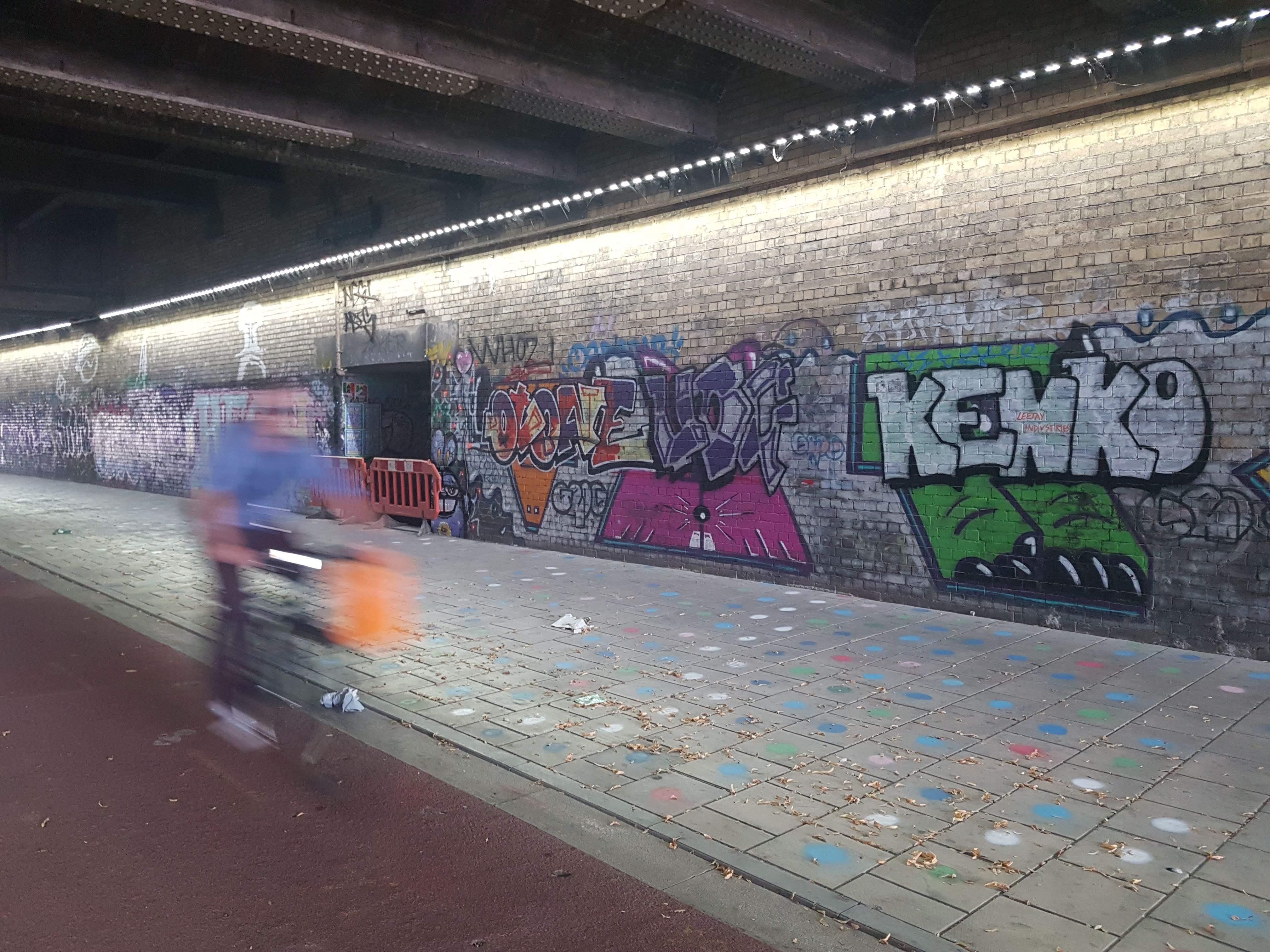 “The development is part of a wider regeneration that will help create a new inclusive city district in Temple Quarter, contribute to economic growth and job creation and join the city centre to the east of Bristol with new walking and cycling paths.

“The campus will be open to everyone.”

He added that the university has been working in partnership with community organisations to develop spaces and projects to bring people together and the proposed ‘Twilight Temple Quarter’ will include a programme of social and cultural evening events.

The Up Our Street report also gave examples of good practice, with Unit DX science lab on Albert Road in St Philip’s named as one of the companies working to break down barriers with its educational outreach work.

Raising aspirations among the youngest generations is integral to building inclusive growth and with a new 1,600 place school set to open there will be prime opportunity for collaboration.

The proposed site layout for major redevelopment at Silverthorne Lane

The secondary school, which will be run by Oasis Academy Trust, will become the second largest in Bristol and is part of a major development being carried out by Feeder Estates on Silverthorne Lane that will also see the creation of 500 homes, commercial spaces and accommodation for 800 students.

Oasis Community Learning has confirmed it plans to submit a detailed planning application in Autumn 2019.

Speaking about the project, Evy Loizou, a communications officer for the trust, said: “We are in discussion with the university about how we can forge a mutually beneficial relationship that offers the very best opportunities for our students, and creates enrichment and opportunity for the wider community.

“It’s too early to give specific details but we aim to harness the vast cultural and economic richness of the surrounding area for the benefit of our local children, their families and the community.”

The demolition of the long-standing Royal Mail eyesore has unlocked the potential to redevelop brownfield sites to the east of the city centre, but this raises the question of what the future holds for existing industries.

“The university has been the catalyst for a whole raft of schemes and there is a real momentum behind what amounts to an eastward shift of the city centre,” commented Tom Watkins, associate director at Colliers International in Bristol.

But he warns redevelopment must not come at the expense of industrial employment.

“I suspect the St. Philip’s flyover will act as a natural barrier for further expansion to the east – which begs the question as to where all of the industrial occupiers currently based in this area will relocate,” he said.

“While plans to regenerate large swathes of St Philip’s is great for growth in the city, we need to work with the council to start unlocking new industrial development opportunities elsewhere.

“As it stands, we could be facing real problems with a lack of industrial supply in years to come, and it can’t be ignored.”

The council has said it is consulting with the business community throughout the project and has a range of development services that can support companies with growth, expansion or relocation opportunities.

‘Women of Lawrence Hill must be given a voice in redevelopment’

Just up the road from Temple Quarter in Lawrence Hill, the level of child poverty is 51.8 per cent – almost double the average for the South West.

It is a neighbourhood where unemployment is high and barriers to work are many and complex.

Realising that the diverse community – and women in particular – risk getting left behind by the ambitious reservation, a determined collective set out to ensure this doesn’t happen.

The Women of Lawrence Hill project is an ongoing piece of work led by Bristol Women’s Voice that has highlighted the many barriers faced – from accessibility to childcare – and challenged city leaders to help tackle these.

Project manager Debra Newrick told Bristol24/7: “The importance of the work is to ensure the local women are given a voice in local plans and developments.

“It’s looking at what women of Bristol, and in that area especially, need in order to get skills and work.” 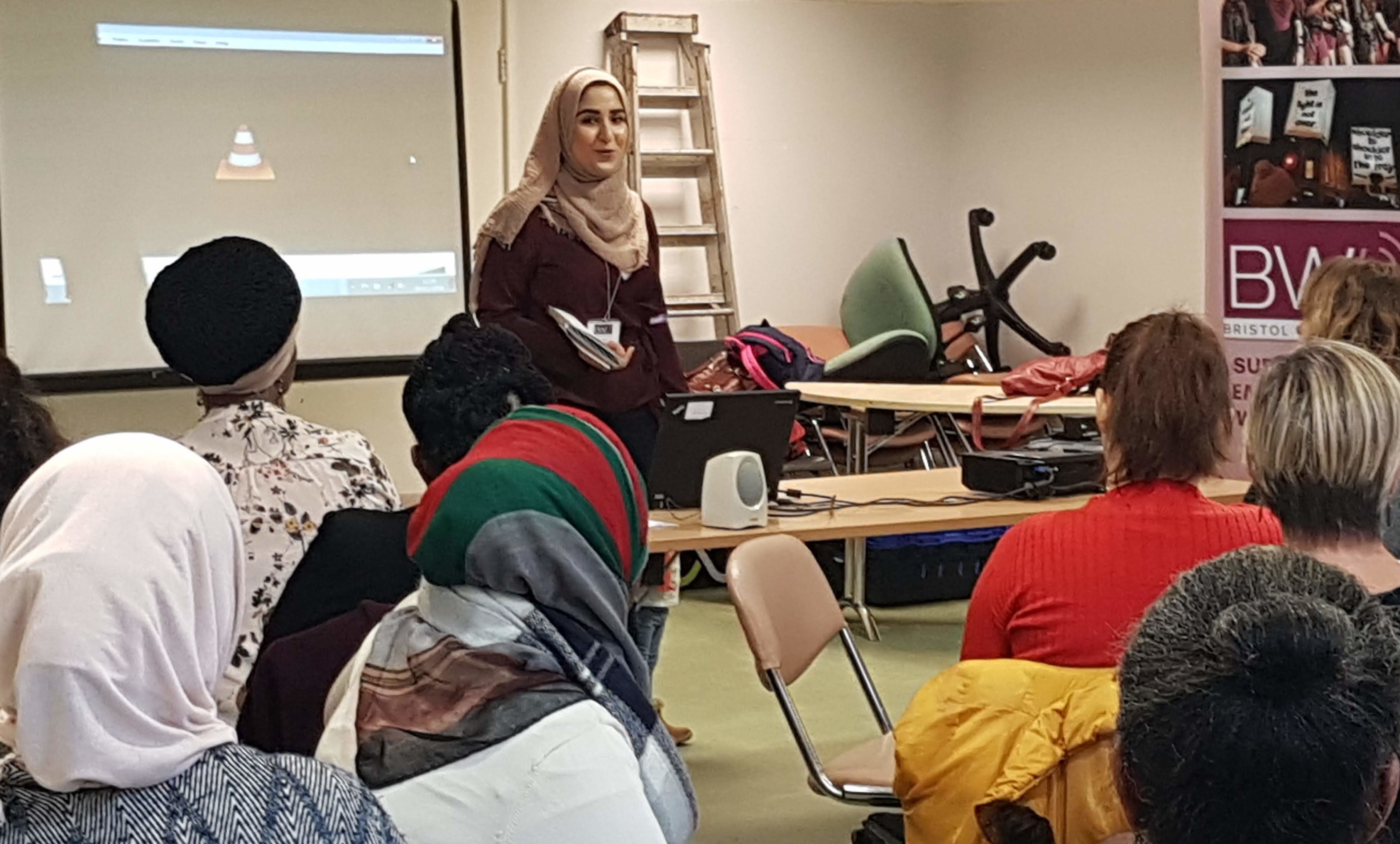 “For these women and the researchers, this is about their kids and their future,” added project researcher Tara Miran.

“If the mums are listened to and given opportunity and supported, every generation will improve and increase their dreams.

“Is this project going to be taken seriously enough to help these women?”

Read more: ‘Local women must be given a voice in Temple Quarter development’