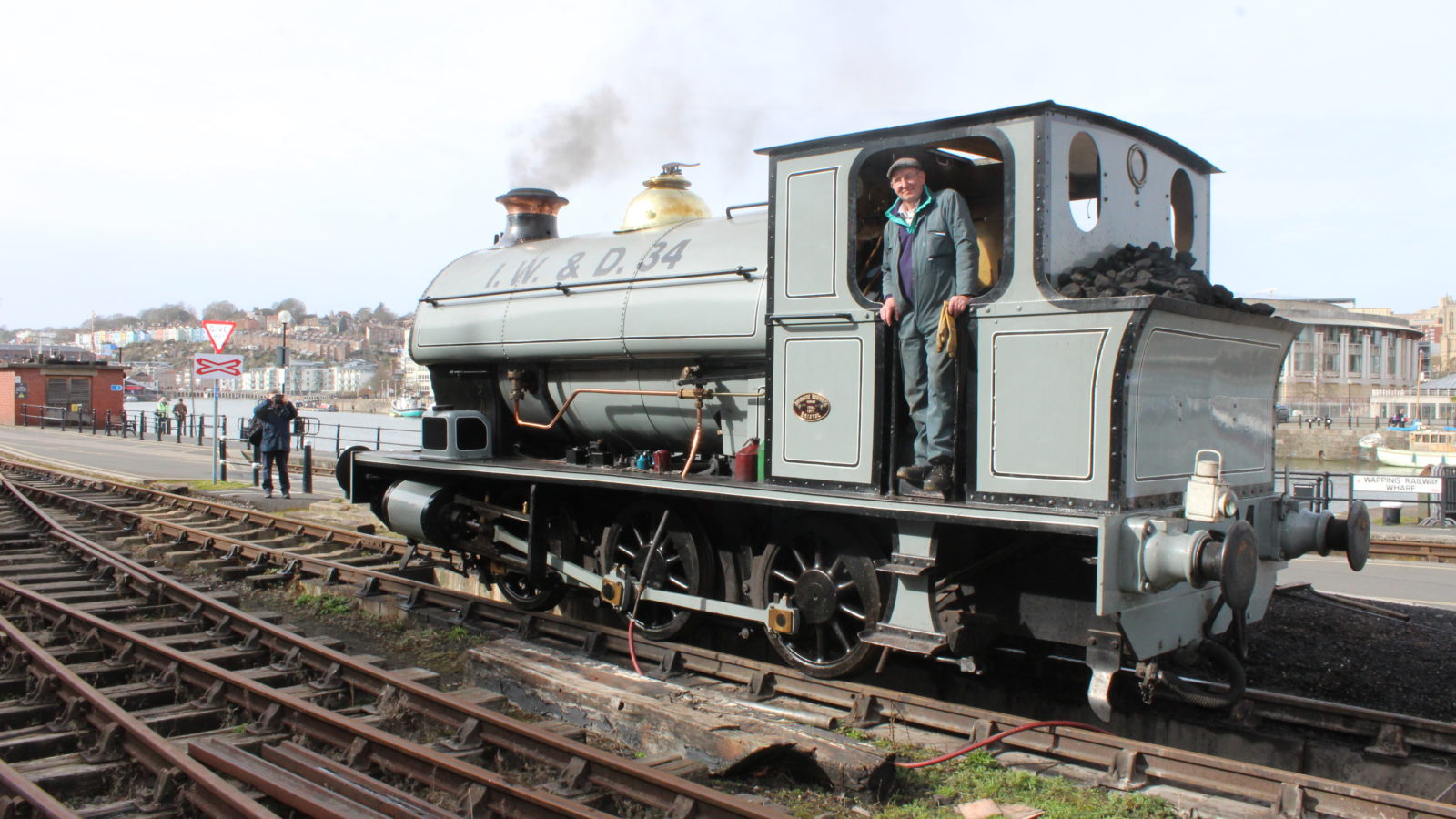 A brass band will be playing on the trains going up and down the Bristol Harbour Railway on Saturday afternoon to mark the railway’s 40th birthday.

Originally built by the Great Western Railway in the 1870s and extended in the 1900s, the goods railway was once essential for the movement of cargo arriving into and leaving from Bristol’s docks.

After a century as a goods railway, it was handed over to the museum and has run as a heritage railway ever since thanks to a committed group of volunteers. The team look after the Bristol-built steam locomotives, Henbury and Portbury, who both served their working lives on the docks railway system at Avonmouth. 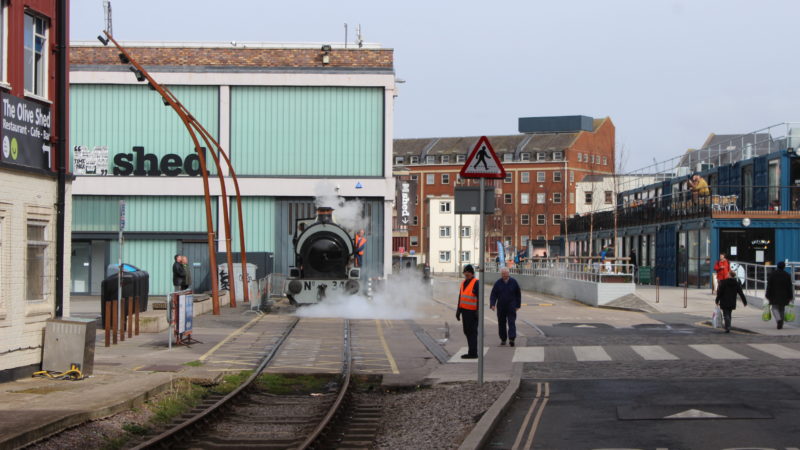 The railway runs from the M Shed, which opened as the British Industrial Museum in 1978. Photograph by Caitlin Tilley.

The Harbour Railway as we now know it opened in 1978, at the same time as the Bristol Industrial Museum, which has now become M Shed. At the start, the railway was on a very small scale and free at first, and then 10p a ride to go up and down the quayside.

It has grown ever since and played a major role at the International Festival of the Sea in 1996, where the volunteers ran proper trains, with an engine at both ends of three coaches, running up to 12 hours service every day.

“And now it’s been going for 40 years, with our strong volunteer base that makes it all happen,” says M Shed working exhibits manager Chris Ecclestone. 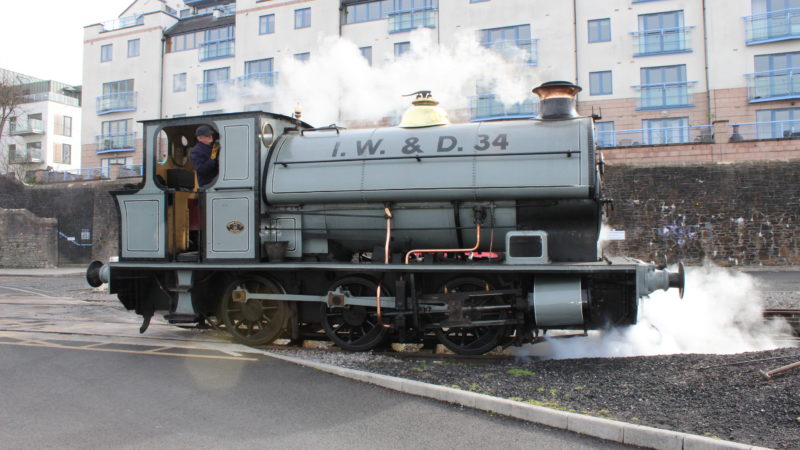 Steam locomotive Portbury about to move a carriage. Photograph by Caitlin Tilley 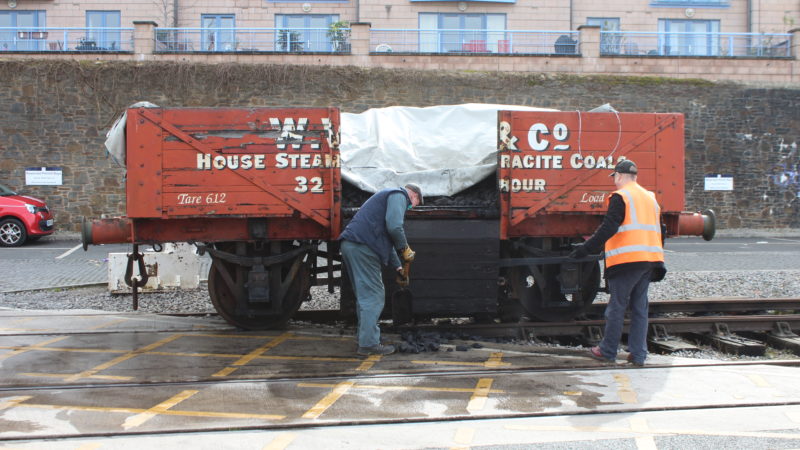 Chris is helped by another volunteer to clear the coal from the junction. Photograph by Caitlin Tilley

On Saturday, March 24 and Sunday, March 25, the Bristol Harbour Railway is running between 11am and 4pm. Birthday celebrations take place from 1pm on Sunday with the Lydney Town band playing on the train from 2.30pm.

Tickets cost £2.50 for a single and £3.50 for a return from M Shed to Vauxhall Footbridge. Under-sixes travel for free and trips last approximately 15 minutes.