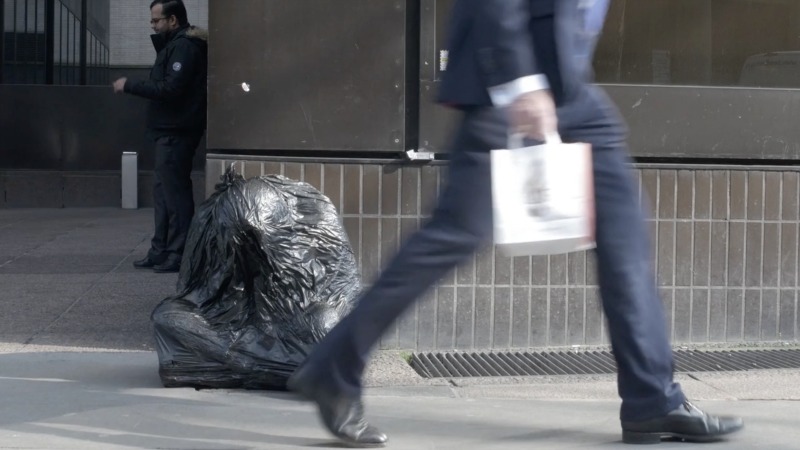 Bristol24/7 are supporting Homelessness Awareness Week with a series of articles about the charities and individuals in the city who are trying to support and prevent homelessness. This year the week long theme is preventing homelessness and supporting those at risk.

An art exhibition may seem an incongruous way to get Homeless Awareness Week underway but Cause and Complexity, a week-long exhibition of art created by people with experience of homelessness,  is a “direct, creative response from local artists to raise awareness,” says organiser Roxanne Courtney.

She returned to Bristol last year and says she was “struck by the visible increase in homelessness across the city”.

“I hope the exhibition challenges the stigma and stereotypes associated with homelessness, and encourages people to look deeper at our changing society, and the reasons behind the dramatic increase of people pushed out onto the streets,” she adds.

The art exhibition at the Island features contributions from St Mungo’s and the Big Issue and all the work has either been produced by clients or documents their experiences being homeless in Bristol.

Left Out 2016 by Maxwell Rushton

Maxwell Rushton is one of the artists exhibiting at the show: “As a teenager I spent some time in supported accommodation, since then I’ve known how vulnerable housing can be. “

He sat on the streets of Bristol tied up in a bin bag for his 3D installation Left Out: “The idea for this particular piece came after I tripped over a bin-bag on my way out of a shop, which for a moment I mistook for a homeless person. After this almost inconsequential experience I started having a surreal feeling of dread which made me feel more empathetic to the plight of the homeless and I wanted to evoke that same feeling in others.

“When the sculpture exists in an urban space a lot can be said for people’s reactions and their non-reactions. It sits unmanned without any reference that it’s an artwork. What we saw was about half of all who noticed it showed some sort of concern, the other half of the public would just return their gaze back onto the pavement and continue walking. Perhaps it’s a reflex to avoid others in distress, or perhaps we’ve become desensitised to suffering? Our mentalities seem to be divided in how we feel about each other.”

During the week, 18 freestanding mirrors will pop up in The Galleries, Cabot Circus and City Hall encouraging people to take a closer look at their mental health, relationships and finances.

The messaging will ask people to take a good look at their own circumstances and consider what they would do if they found themselves in trouble.
Ultimately the mirrors aim to encourage people to take early action if they think there is any chance they could be in danger of becoming homeless.

The week will culminate in the annual sponsored Sleep Out, which is being organised by the Bristol Homeless Forum.

Read more: Is this the answer to Bristol’s homeless crisis?