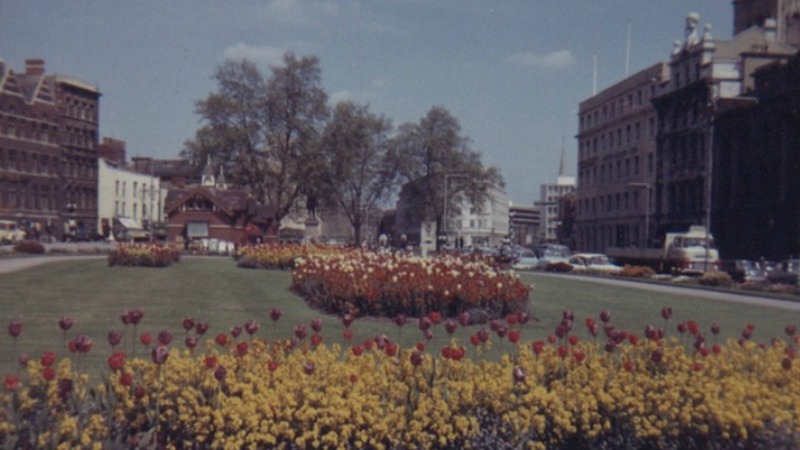 What we know as the Centre has undergone many developments in the past century, and has continued to grow and expand. It’s currently undergoing its latest transformation to prepare for the arrival in Bristol of Metrobus.

The changes will see a new stretch of Colston Avenue, from St Stephen’s Avenue to Electricity House, closed to cars. Baldwin Street will also be extended to cut across the centre next to the fountains. The new stretch will be two-way and open to all traffic. Read more about the changes here.

Here are some incredible photographs of the Centre from the late-nineteenth century to the early 1970s from the archives kept by Bristol Records Office:

1890s: Trams crossing drawbridge in the direction of Baldwin Street

1900s: Horse-drawn carriages and electric trams in front of The Drawbridge Hotel

1920s: View across the Centre with Sun Insurance Building opposite

1950s: Looking down from Colston Avenue towards Electricity House

1950s: View from CWS building across the Centre towards the Colston Hall

1960s: Looking across the Centre to the corner of Corn Street and Baldwin Street

1960s: Looking across the gardens from a building opposite Baldwin Street

1960s: Looking north across the Centre from the end of Anchor Road

1968: Bridgehead from the top of the Bristol & West Building

1968: View from the top of the Bristol and West Building

1973: Display for Bristol 600 alongside Broad Quay