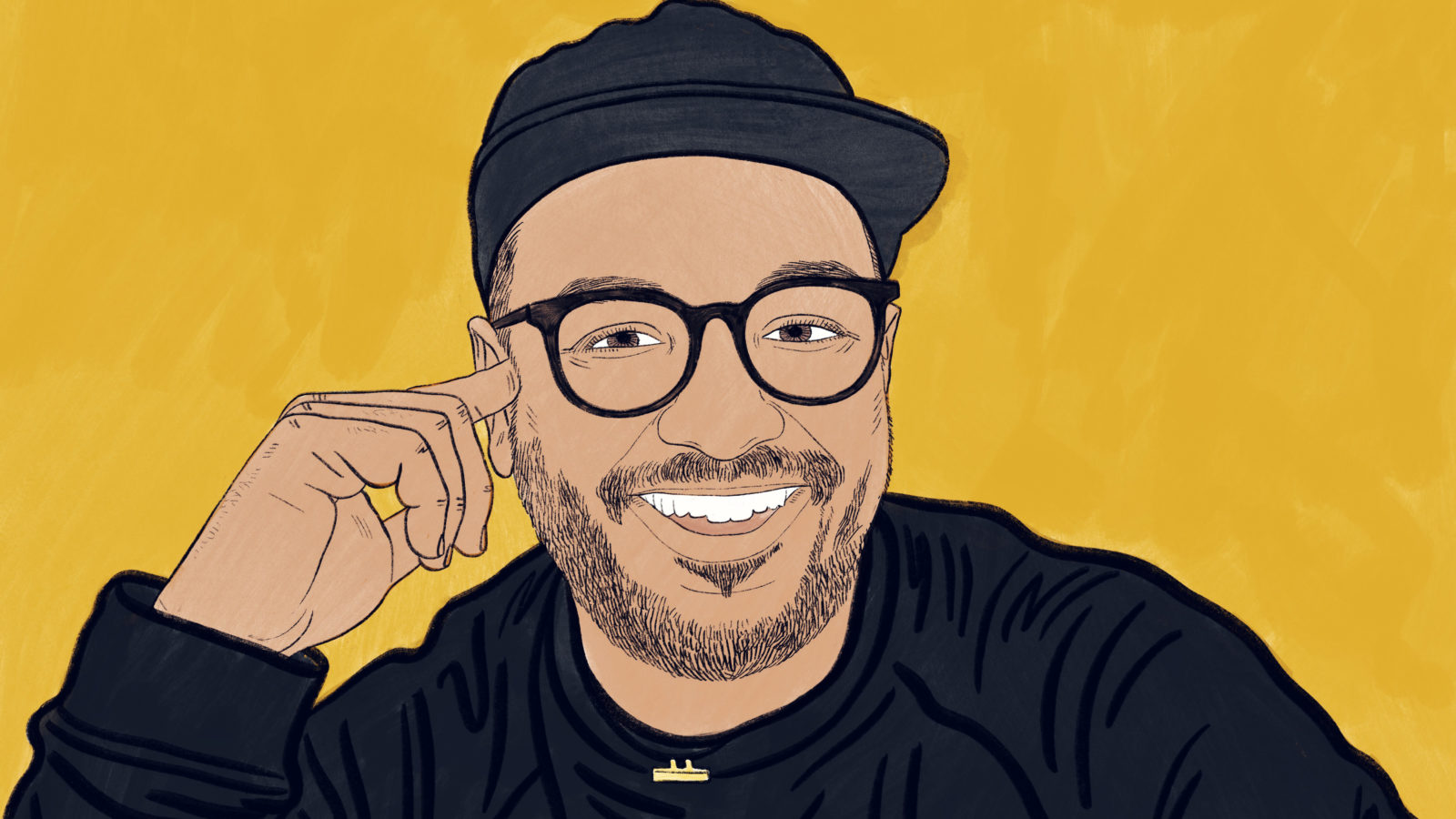 It’s 8am when we meet in Spicer+Cole but Nikesh has been up since five. His life is a juggling act between family, a full-time job, reading 400 submissions for his literary journal, a column for The Observer and half-a-dozen future projects – not to mention the reason we’re meeting. Later this month, Nikesh and literary agent Julia Kingsford will open The Good Agency, accepting submissions from diverse authors in an attempt to improve the range of voices being published.

It’s no small task, and Nikesh will soon be giving up his job mentoring young creatives at Rife Magazine to run the agency. “I’ll be identifying writers and working with them until they have a manuscript,” he says, sipping his Americano. “I’m hoping to meet some really exciting Bristol writers. Loads of really good writers live here – Helen Dunmore was from Bristol, Nathan Filer, C.J. Flood. There’s quite a big scene here, and Bristol Festival of Literature and Festival of Ideas are always good for finding interesting writers.”

The agency has come from Nikesh’s desire to pay forward the help he received when he was setting out. After spending his teens transcribing rap lyrics and writing Spider-Man comics, he began writing short stories and by his mid-20s was writing poetry and attending spoken word nights. “A poet who ran a lot of nights, called Nii Ayikwei Parkes, commissioned me to write a short story for an anthology. It was the first time I’d ever had anything published – it was really exciting. Nii and two other writers, Niven Govinden and Salena Godden, all just gave me love and advice and nurturing at the right time. I’m here because of them, really. And I can’t pay any of them back, but I can pay it forward.”

It’s important that it was three writers of colour who championed Nikesh. “There’s definitely been times in my career where I’ve been held back,” he says as a plate of avocado toast arrives. “I don’t mind if that’s because of the strength of the writing. But where I’ve been held back because of the colour of my skin, I think that’s pretty disgusting. I’ve persevered and because I’ve been published, now is more important than any other time for me to continue to champion writers who might be being held back because of the colour of their skin. I can say, as someone who has got through the door, this doesn’t stop being an issue.”

The Good Immigrant, a collection of 21 essays by writers exploring what it means to be a person of colour living in the UK, edited by Nikesh, channelled this spirit.

The book hit its crowdfunding target in just three days, partly thanks to a donation from JK Rowling, and became a bestseller. “The success of The Good Immigrant was a combination of a lot of things. There was a degree of luck, and it was a degree of curating people who had good social media presences,” Nikesh says as a plate of avocado toast arrives. “JK Rowling is a big part of the story, but only because she follows [contributor] Musa Okwonga on Twitter.

A second offshoot is The Good Agency, supported by Arts Council funding. “It’s for marginalised writers, because diversity isn’t just about black and minority ethnic writers; it’s about class, sex, gender, disability, and the intersection of them all,” Nikesh says. Based out of Watershed’s Pervasive Media studio while in its infancy, Nikesh and Julia Kingsford will utilise writer development agencies like Literature Works to find new talent. “I want to find people who have good ideas and are good writers but might not be the finished product yet,” Nikesh says. “The way the market is, agents want people who are nearly the finished deal, but we’re not automatically brilliant; we get better.”

While he’s happy mentoring others and offering platforms for their work, Nikesh is less comfortable as the figurehead of the campaign to diversify publishing. “I’d much rather be remembered as a writer, because I don’t want to be the face of a movement – I don’t think it’s fair, because it’s not just me doing this work, there’s so many other people. I’ve just been lucky that the couple of things I’ve worked on have ended up being big, but there’s people doing much more amazing stuff at grassroots level,” he says, finishing his coffee.

“We need a plurality of voices. If the establishment won’t fill itself with diverse voices, then I think the critical voices in this country need to be diverse because that pushback needs to be nuanced and specific to different communities. A lot of writers just want to write – they don’t know about the mechanics of the industry. The publishing industry needs to do a better job of PR around how it works, otherwise it stays insular. I think the fact that there are becoming so many different routes to publication is exciting.”