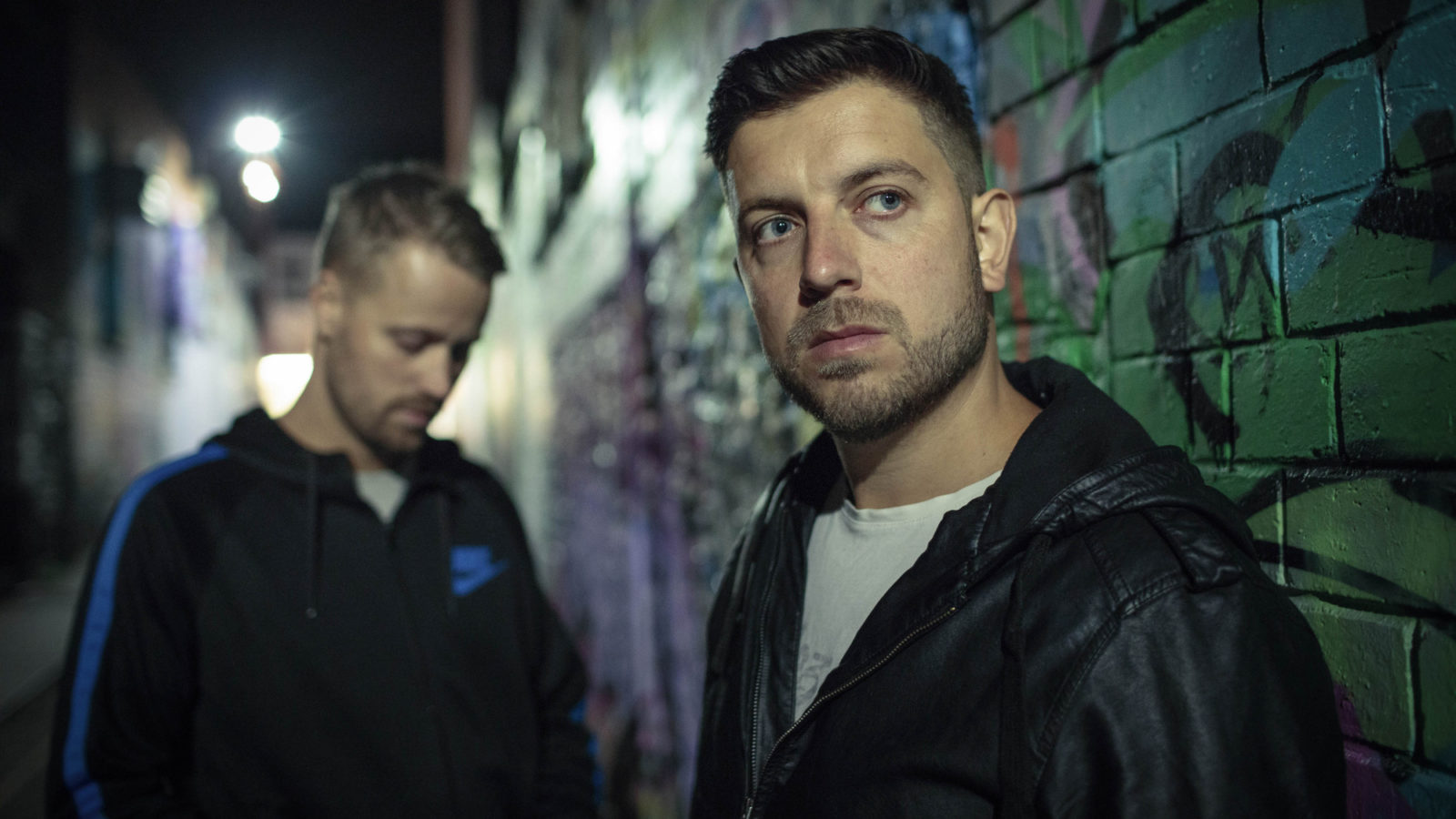 A side of Bristol few see will be revealed over the next four weeks, as new series Drugsland is aired on BBC One. It tells the story of what drugs do to individuals and communities from many points of view, and is filmed entirely in Bristol, with the first episode concentrating on Hepburn Road between Stokes Croft and St Paul’s.

The four-part series was more than three years in the making. It takes viewers behind the scenes with Avon and Somerset Police, support agency Bristol Drugs Project, detox clinics, the NHS, Bristol City Council and charities like One25. It also dives deeply into the messy, chaotic and often desperately sad lives of drug users themselves. 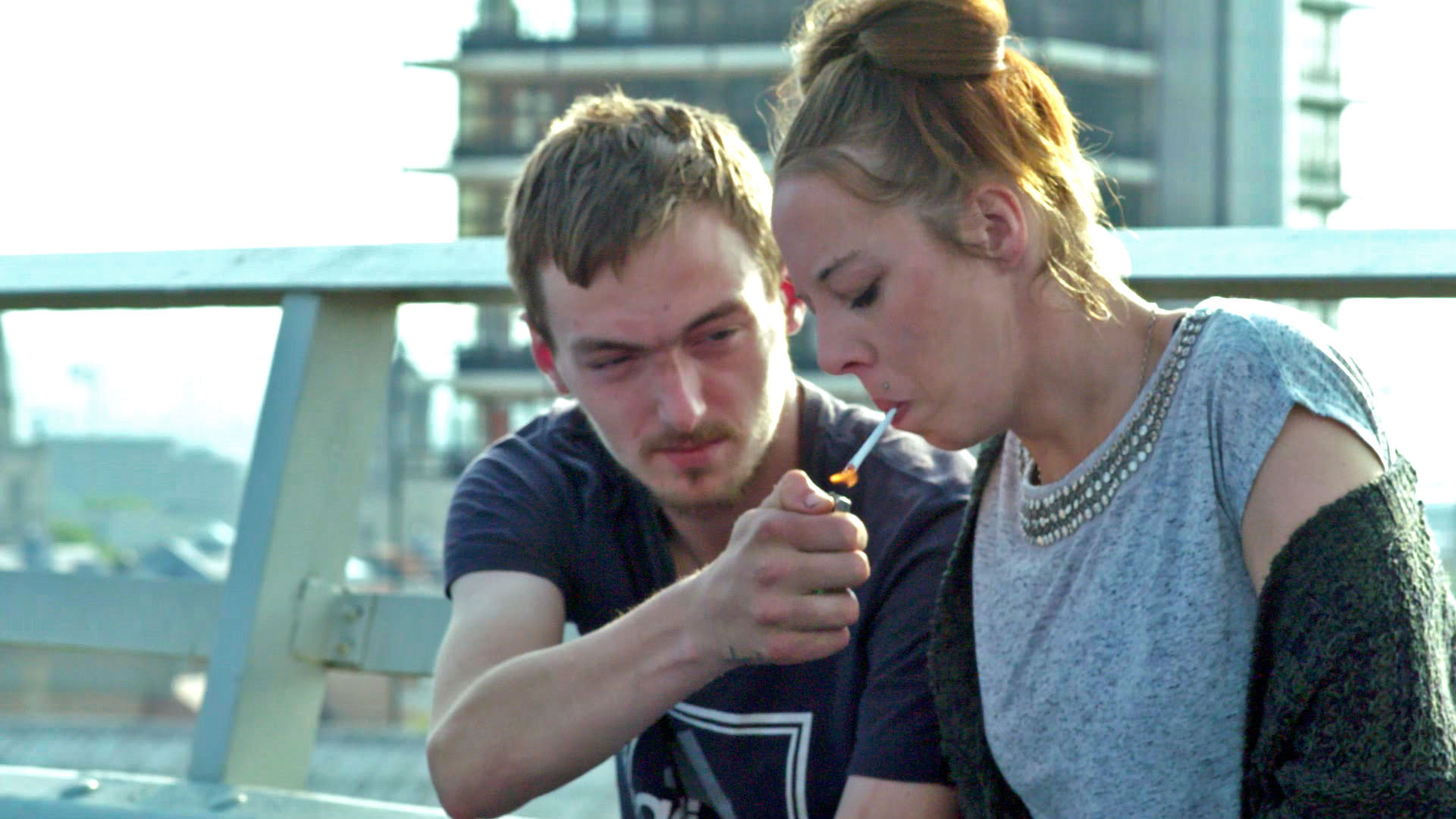 Sacha Mirzoeff is the executive producer of the series. “Three years ago we were looking at some drugs statistics, and the deaths relating to drugs were increasing rapidly across the whole country, while at the same time the statistics for drug consumption were levelling or going down,” he says. “It seemed like this very strange phenomenon.

“It transpired that the whole drugs world had changed – the way drugs come into the country, the way they are distributed, the types of drugs being consumed, the way it is policed, the methods of treatment – there was a dramatic change from five or ten years ago.”

Armed with information, and aware that Bristol runs unique schemes, like Avon and Somerset Police’s Drug Education Scheme, offering an education course as an alternative to arrest for those caught with small quantities of drugs, Sacha and his team spent six months talking to organisations across the city that work with drug users, before filming began in earnest. 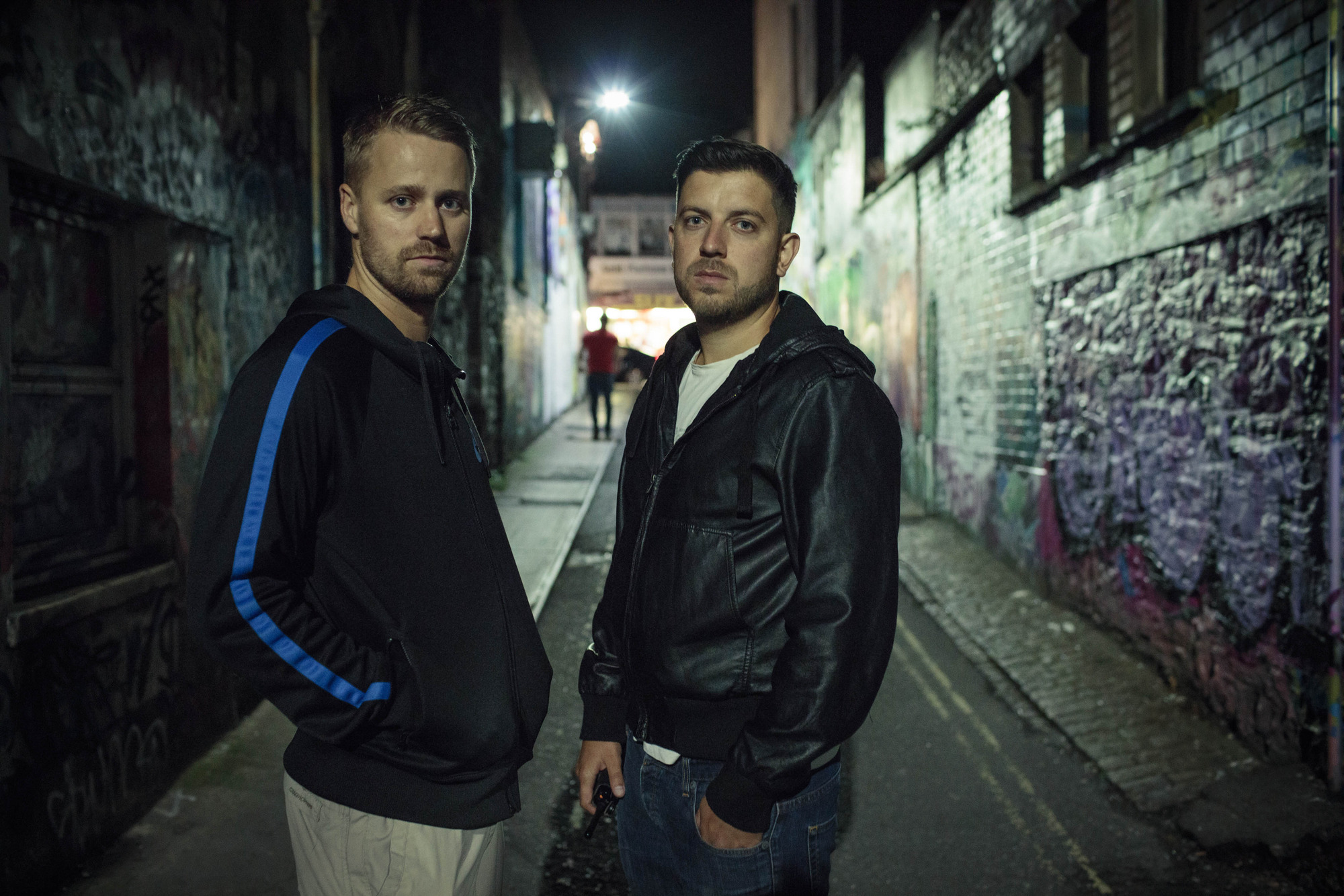 PC Ben Spence and sergeant Chris Green are on the front line of policing in Bristol. © BBC/Charlie Clift

Sergeant Chris Green from Avon and Somerset Police features prominently in series, on the front line when it comes to arresting those involved in the supply of drugs. “We saw the programme as an opportunity to highlight some of the challenges of policing locally, but also talk about some of the good work we do,” he says. “There are a lot of things we’re doing that are very forward-thinking, and the Drug Education Programme is one of them.

“Off the back of it, our relationship with users has dramatically changed. They don’t see us as people who arrest them and put them into police cells for being in possession of small amounts of drugs – they now see us as people that enter them into the recovery process. We’re aware that we won’t arrest our way out of this problem.”

“It’s also about differentiating between drug users, and those who are really criminally active to fund a drug habit. We’re getting better at making that distinction.” 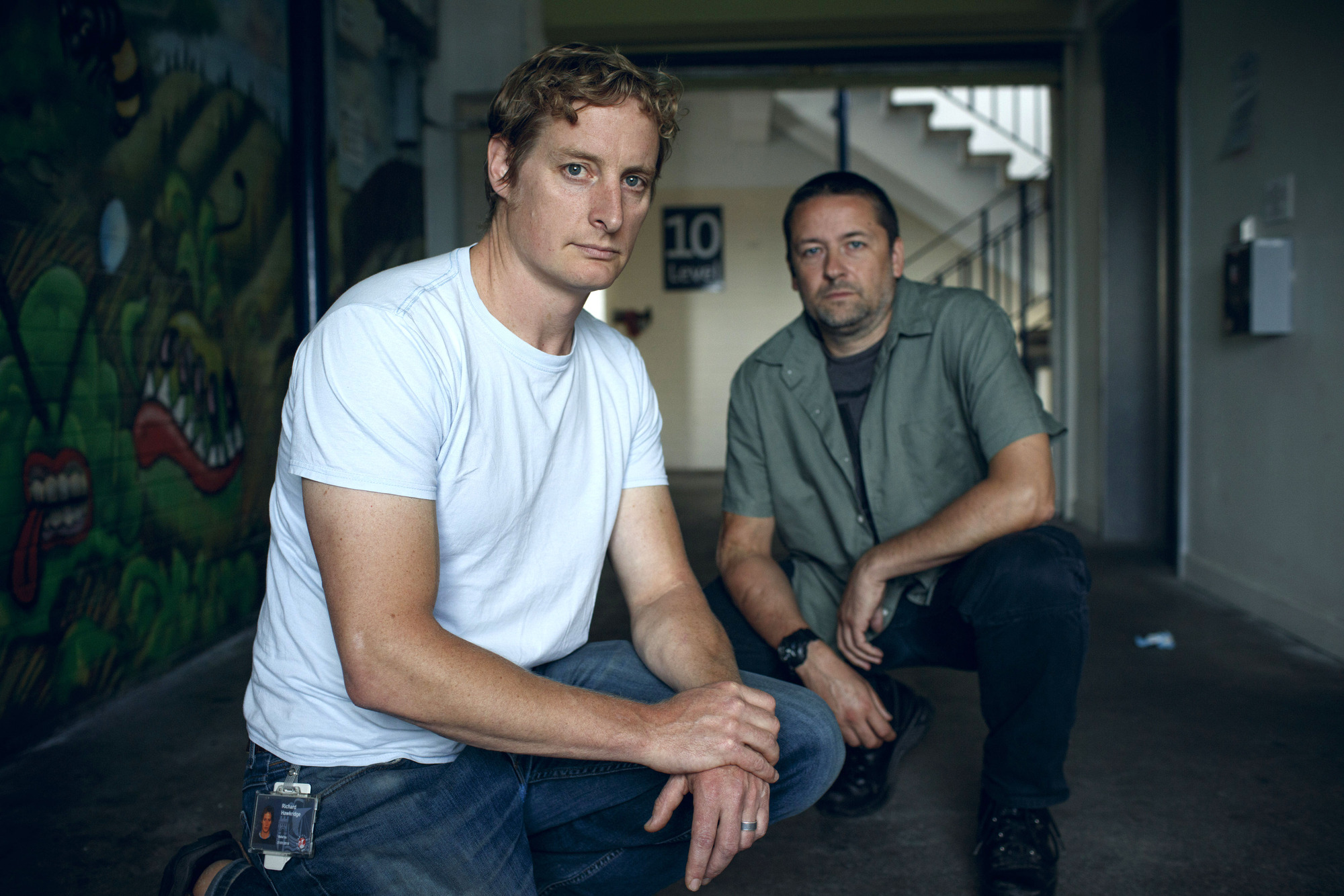 Rich Hawkridge from Bristol City Council and PC Mark Blackledge also feature in the series, working with homeless users to try to get them off the street. © BBC/Charlie Clift

While the series pitches itself as a gritty and unflinching look at the realities of drugs on Britain’s streets, it treads a fine line between sombre fly-on-the-wall documentary and car-crash sensationalist reality tv, with viewers observing the total breakdown of lives, almost literally on their doorstep. It’s something Sacha is keenly aware of.

“It’s a really hard balance, because we do want it to feel real, and part of that is showing audiences things that haven’t been shown before, but there is a judgement call and we often wouldn’t film in situations in which we could have – for all sorts of reasons,” he says. “When people asked us to turn off the, cameras we always respected that.

“It’s about having a really good, clear, repeated conversation about what informed consent means, and that’s complicated, particularly with drug users, because when are they in the right state of mind to give informed consent?” 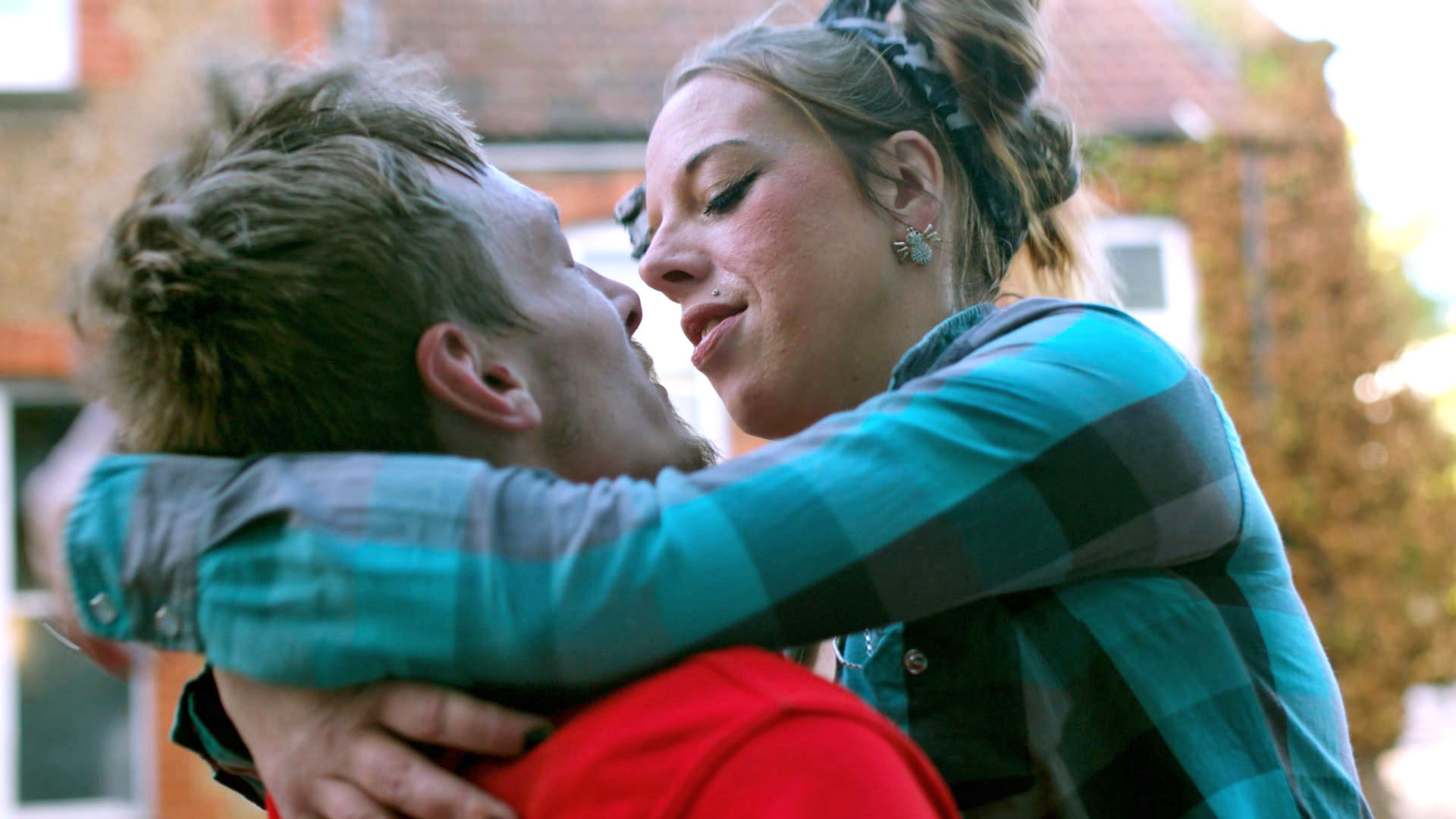 Rich and Jolene are shown injecting heroin by the side of the M32 in one scene. © BBC

“It’s phenomenally difficult, but it’s what allows us to make non-judgemental programmes, essentially putting a mirror up to show the public what they don’t normally see down a dark alleyway at night, or down a carpark stairwell, or in a treatment centre.

“There are scenes that, out of context, are particularly gratuitous, and make for very hard and difficult watching. But if you’ve seen it in context, those scenes become massively important and therefore justify their place. We show the films to all the participants and organisations, and these kinds of discussions come about. We’re not saying we know exactly what’s right – we’re not drugs experts, we’re filmmakers. What we hope is the series engenders debate – asking where we’re at, as a city and as a country.”

Drugsland is on BBC One at 10.45pm from Tuesday November 21, and is also available on BBC iPlayer.