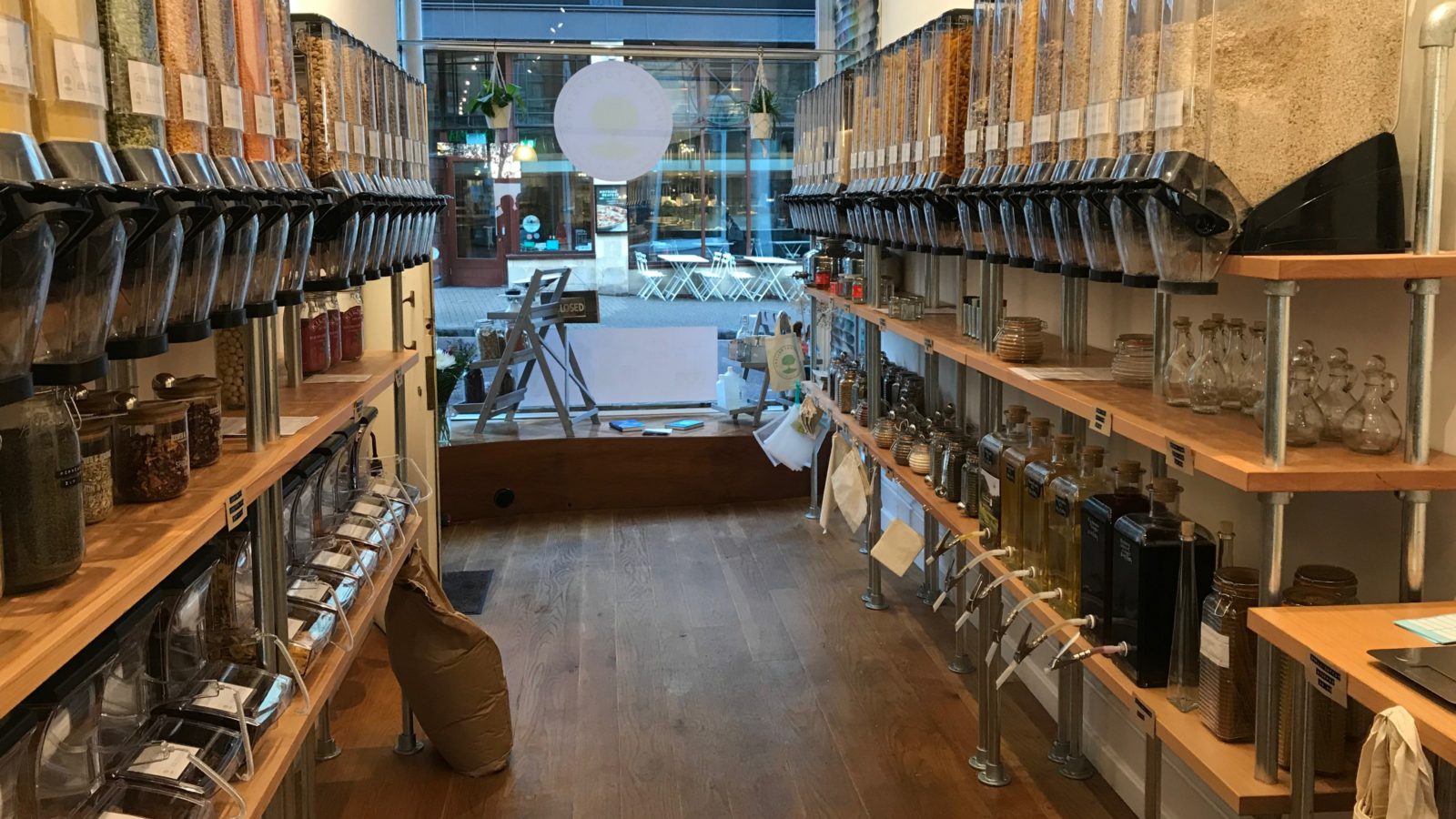 Hazel Foster had a busier half-term recently than most teachers. While her colleagues were putting their feet up, Hazel and her partner Grant Mercer were putting the finishing touches to their new zero waste in Clifton Village.

Smaller Footprints on Regent Street is Bristol’s third zero waste shop to open in 2018, and is the culmination of several years planning for Hazel and Grant.

The packed shelves hold a myriad of different products, that are all paid for by weight in containers that customers can bring with them to the new shop (although there are also plenty of Kilner jars and the like available to buy if you don’t yet have your own).

Everything from porridge to pasta, flour to fenugreek seeds are available, with peanut butter the most popular item so far, and Grant and Hazel still looking to expand their product range. 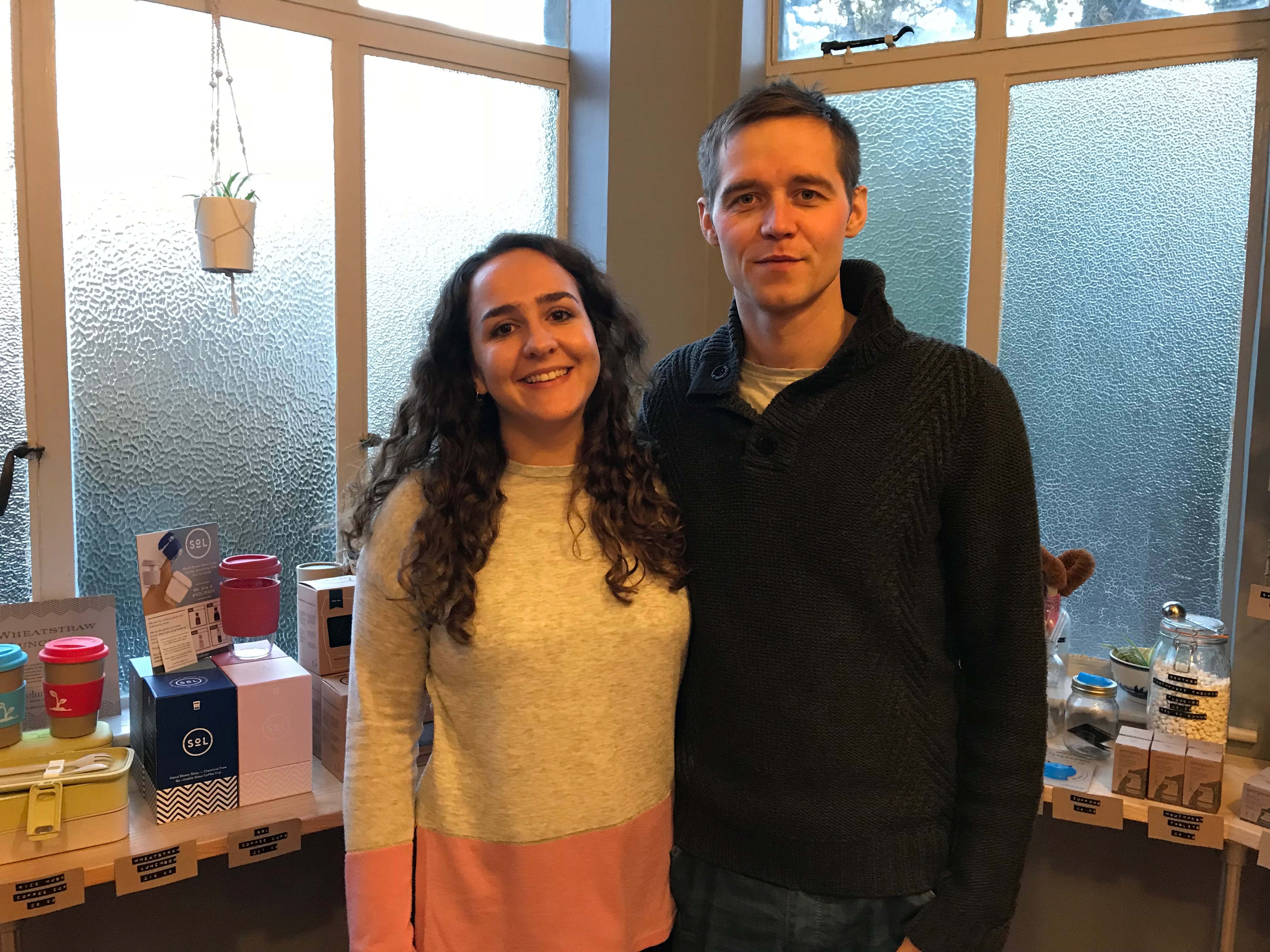 Grant said that he and Hazel, who live in Patchway, first had the idea for the shop after becoming increasingly frustrated by the single-use packaging in supermarkets.

A trip to a zero waste shop in Totnes made the pair realise that their business idea could be a possibility. Grant, 31, later quit his job in the civil service to concentrate full-time on the setting-up of Smaller Footprints.

“People just get it now,” Grant said on a recent afternoon in the shop. “They get that single-use packaging is an issue.” 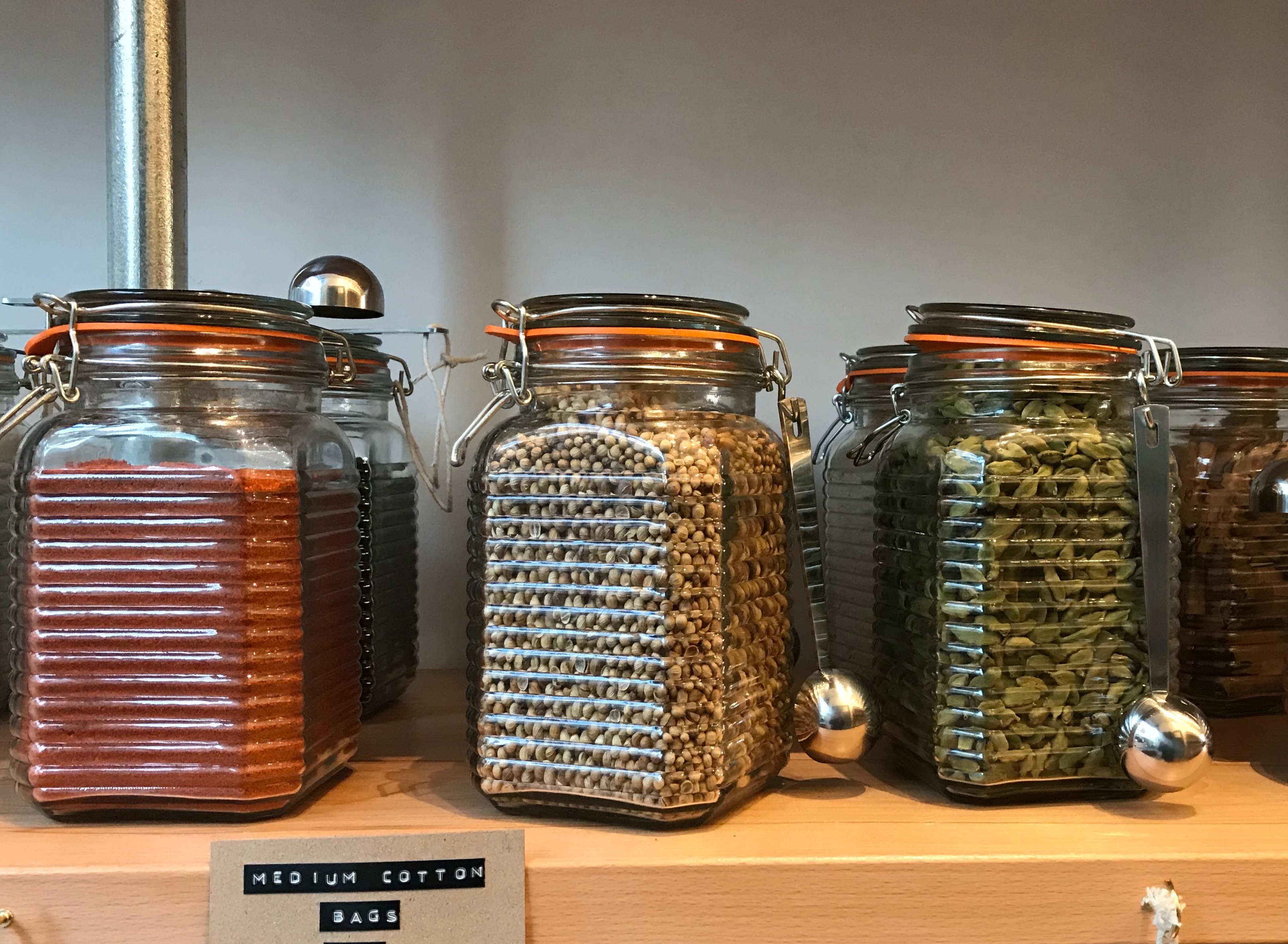 Just some of the products for sale at Smaller Footprints

Grant and Hazel said that they have felt very welcome in their new BS8 home so far. “A lot of people have said that Clifton Village has needed something like this and the vast majority of people seem happy ,” said Hazel, a teacher of sociology at St Mary Redcliffe School.

Hazel said that she has enjoyed looking for new products. Some of the more unusual at Smaller Footprints include toothpaste tablets and collapsible metal straws.

“It has been particularly fun finding all the non-food stuff,” Hazel added. “So many people are now making things that they needed.” 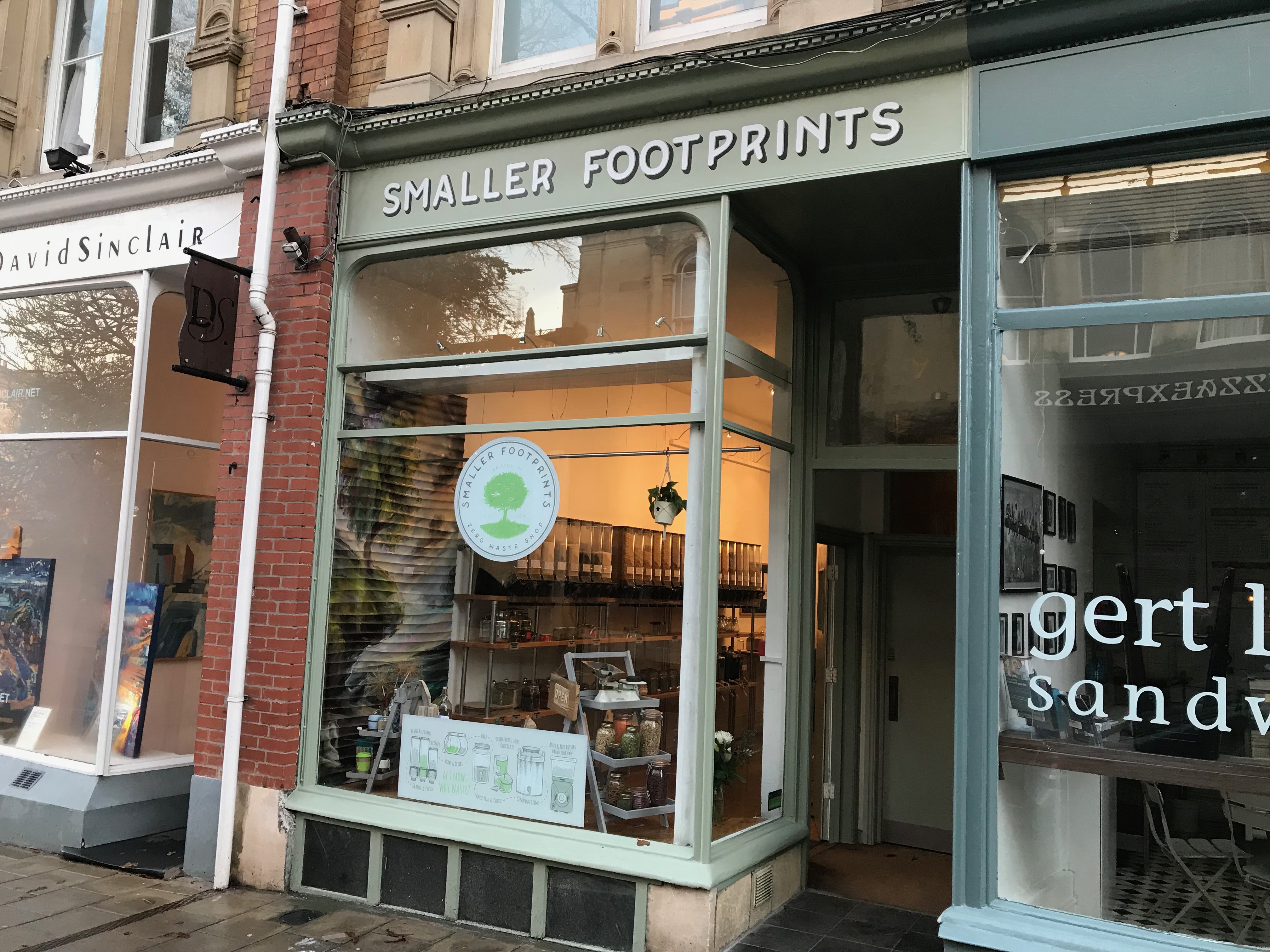 Read more: Plans for a zero waste Bristol are unveiled