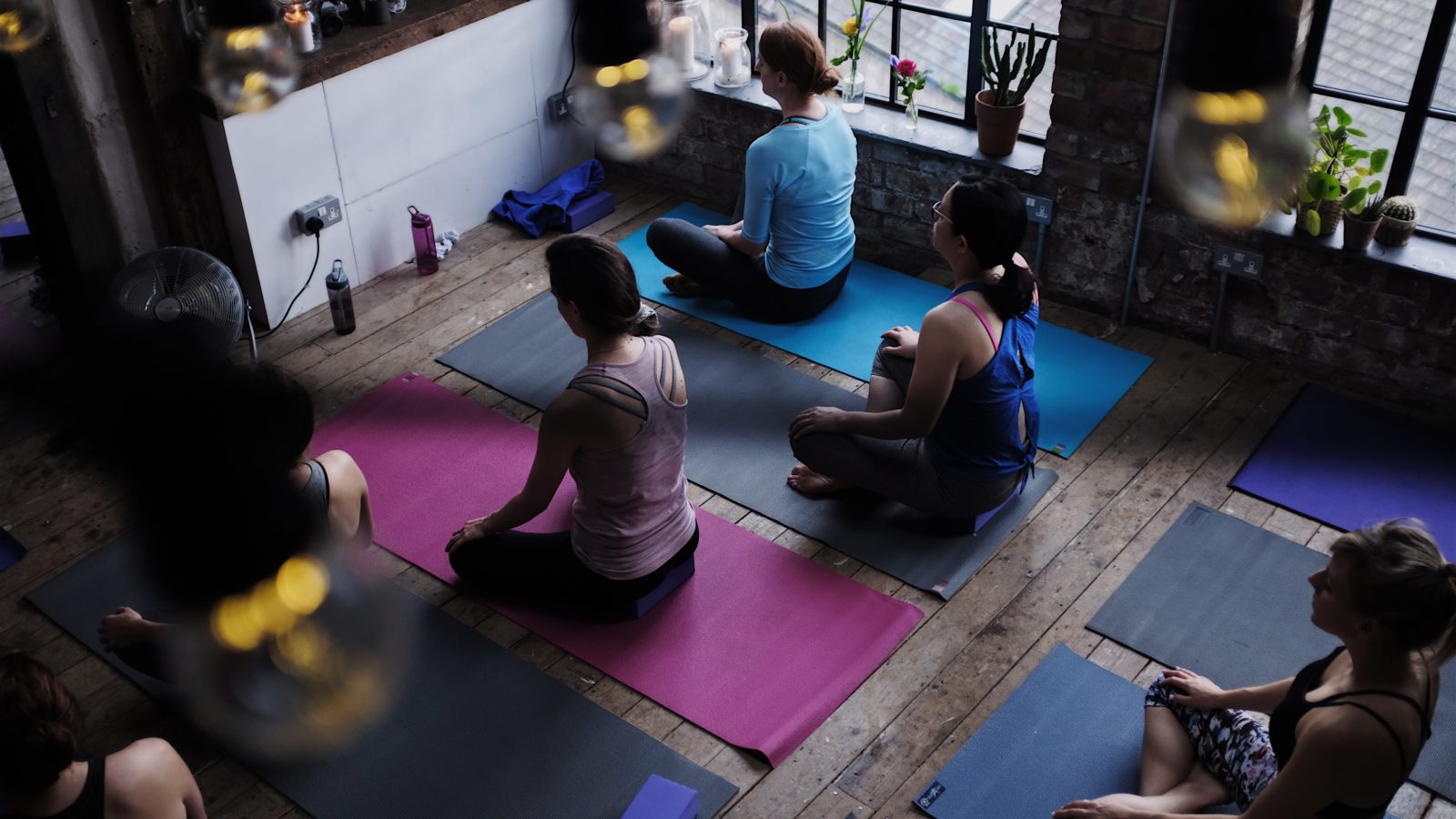 There’s soft music playing and candles burning on the brick sills of the big windows that are letting in the thin January light on this grey Sunday morning. Bright yoga mats are squeezed into every nook of The Forge, and a dozen are already occupied by women, sitting cross-legged with their eyes closed, or chatting animatedly with their neighbours. Clem Balfour, yoga teacher and founder of Yoga Brunch Club, greets everyone at the door with a beaming smile, dressed in comfortable leggings and a floaty top.

She’ll take today’s yoga class, and then, once everyone is suitably stretched, will hand over to the team from Tsukemono for healthy Japanese food to share on long wooden tables in this beautiful space. 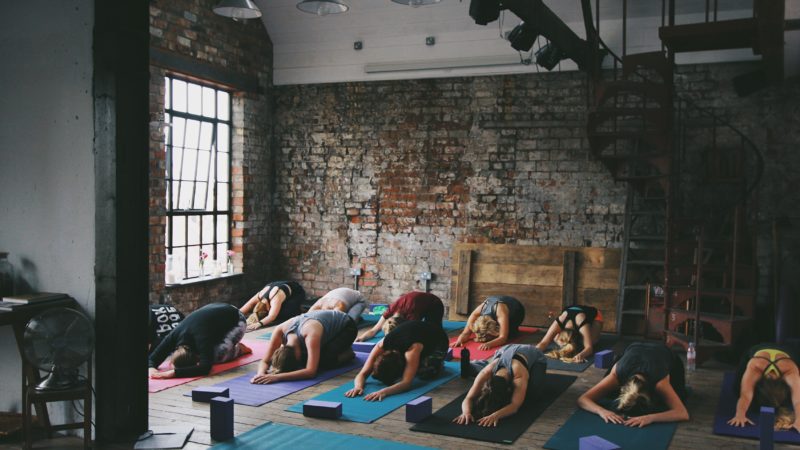 “I’ve always been a big foodie,” Clem says. “I grew up abroad and have always cooked a lot. When I lived in Brixton, there was a community centre nearby with a kitchen and I’d cook up a meal there and get friends to come over and eat. It was such a nice way to bring people together.

“I have also been doing yoga since I was in my 20s, because I found it a really useful way to relax. Then I was diagnosed with rheumatoid arthritis and yoga was recommended to me by a physiotherapist to get my joints moving. I internalised my stress and that had an impact on my diagnosis. I’m in remission now, but yoga has been such a great tool for recovery from my illness, and that’s always stayed with me.” 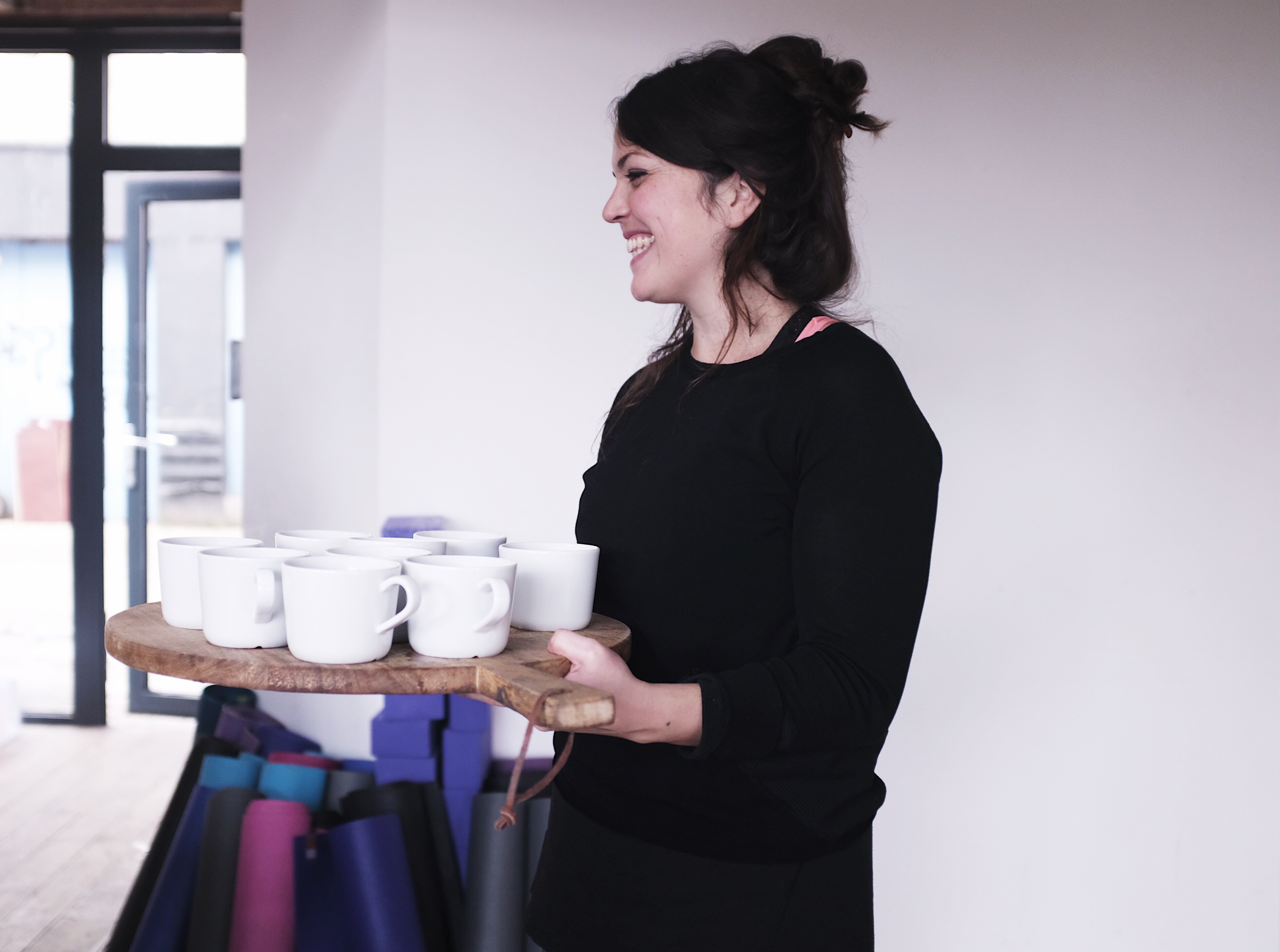 Clem Balfour is the founder of Yoga Brunch Club

Though she didn’t originally intend to teach yoga – merely enjoy it for her own health – Clem discovered was that she wanted to bring what she’d learned to others. “It helped me so much, I just wanted to share it. I did some training in India and when I came back to London, I was teaching in little studios in Brixton,” she says. “I had friends who wanted to try yoga but didn’t have the confidence: like doing anything for the first time, it’s a journey. I would invite them along because I wanted to make it accessible and fun.”

With a background in events management, translating her informal foodie gatherings and small yoga classes into something larger – and something that combined her two passions – came fairly easy to Clem. “Doing yoga together and then going to eat, you get such a sense of connection between the group. It’s a nice space to open up to people,” she continues.

“I started it in Brixton first of all, with a few friends cooking and me teaching the yoga, but then it grew much bigger and I began teaming up with chefs from London’s supper club scene. People loved that the food would always change each month, and that it was often healthy but not just an energy ball and a lettuce leaf: it was food that would not only leave them feeling that they’d nourished themselves, but also lots of sharing plates that would help them connect and share with other people.” 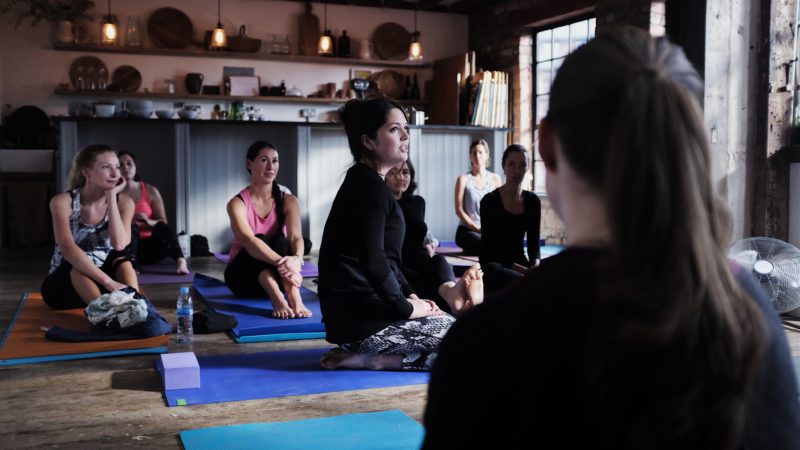 Clem leads the class from the front as we go through the first sequence of movements to gentle music. The class breathes as one under Clem’s instruction, a sound like the sea that fills the room with energy. Clem constantly offers options to make things easier on our knees and backs, using straps and blocks, but it’s still a proper workout. Limbs tremble with effort, bodies pushed taut, heating up the space. The first restful pose elicits audible sighs of relief around the room: we’re certainly working for our brunch.

“The more yoga gets popular, I just want people to come and try it,” Clem says over a cup of lavender tea once the 75-minute class is over. “Practicing in a room full of people, the energy created is wonderful and you’re all moving and breathing together. It’s a totally different experience from doing it on your own on your mat in your house.” 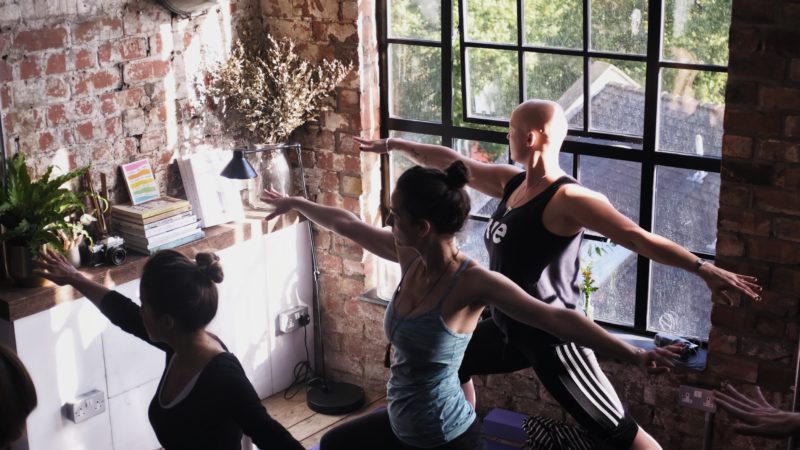 With socks back on, the yoga mats are quickly rolled away and big tables fill the space instead, set with silver cutlery and cloth napkins. “Now we’re going to eat, which is why you’re all really here,” Clem says to laughter as we take our seats, friends and strangers sitting together to share the food.

Brightly coloured cold pickled lotus root, kimchi and salmon cured in beetroot are passed around, as are huge bowls of steamed tofu and rice, allowing us all to create our own mixed rice bowls, comprising lots of vegetables and plenty that is vegan or vegetarian. The team who have created the food set it down at the tables to great praise – no greater than the silence that descends over the table when we’re all munching away. 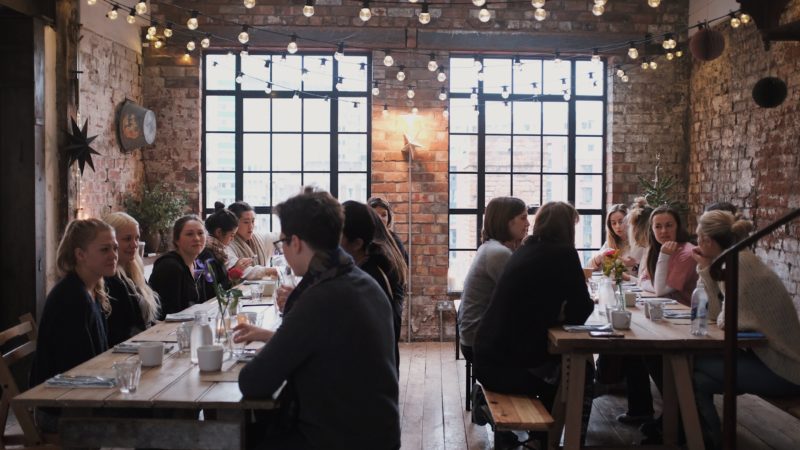 Clem still runs Yoga Brunch Club sessions in London, and in Bristol since December 2016. She’s previously colaborated with the likes of Gopal’s Curry Shack, and Scandi favourites Dela will be collaborating for the February brunch event. “There are so many great cooks in Bristol, and I love that I’m building connections with foodie people. The chefs are bringing their own personalities to the table, and making each session different,” Clem says.

“I love teaching these classes and I love the community that is building here. In Bristol, people are really loyal, and if they sign up and really love it then they keep coming back. It’s so nice to see familiar faces month after month, and people bringing their friends, even bringing their mums, as a real treat on a Sunday.”

Yoga Brunch Club takes place monthly at The Forge, Colston Yard, off Colston Street, Bristol, BS1 5BD. The next event takes place on Sunday, February 25 2018 from 10.30am. Tickets cost £39.50 and include a 75-minute yoga class and a three-course brunch. To find out more or book tickets, visit www.yogabrunchclub.com.