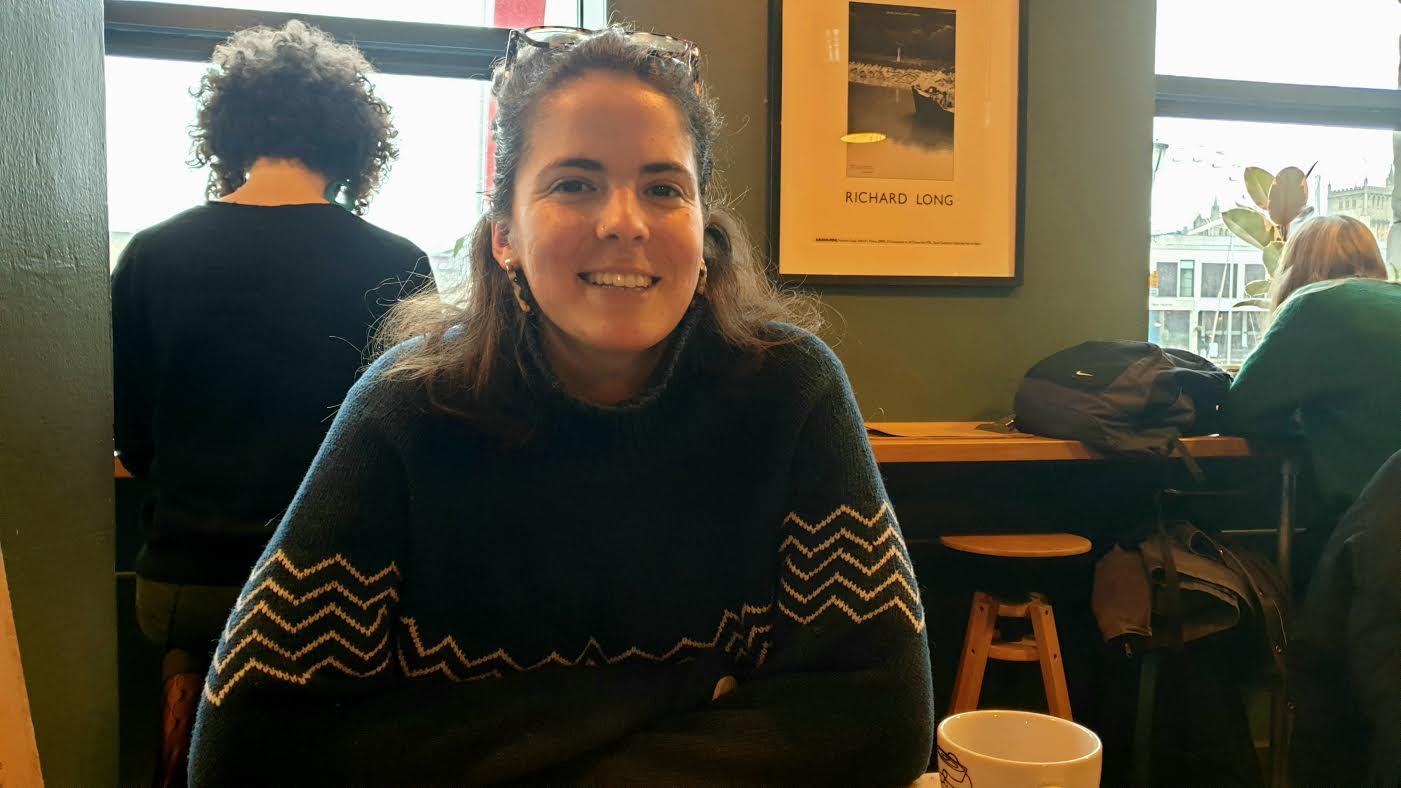 “I help bring people back into a good state of health through a holistic approach,” says Lily Canetty-Clarke, as she describes her job as a medical herbalist. “I use the medicinal value of plants, as well as providing nutritional advice and talking therapies.”

Lily is an accredited herbalist with several degrees, yet is acutely aware of the preconceived ideas many people have about herbal medicine.

She is quick to assert herself, highlighting that she is not against orthodox medicine, but instead hopes to educate people to the gentle, holistic approach of natural medicine.

The 25-year-old grew up on an organic farm and so had a vested interest in food and natural health from a young age. Then, a  module of food and mood during her experimental psychology degree at the University of Bristol inspired her to go on to study nutrition and then herbology.

After graduating from the University of Westminster in 2019 with a degree in western herbal medicine, she moved to Cotham to bring accredited herbal medicine to Bristol.

“What’s great is that I have this real three-pronged approach,” says Lily. “I’ve got a psychological understanding, with a nutritional undertone and herbal knowledge.”

Yarrow- Achillea millefolium. . 🤓 I am writing an article at the moment for a Bristol based publication and one of the herbs I have been researching for it is Yarrow. This first picture is an array of different coloured yarrow plants from my mums garden this summer and the next is the dried yarrow I am drinking this morning for thorough research purposes! . 🌿Yarrow has always been one of my favourite plants but the research I have been doing recently has reminded me just how amazing this plant is…. . ❌One of its key medicinal uses is with the blood, where it has a special dual effect. It can both increase blood flow where it is lacking but also stem blood flow where there is excess. Yarrow also has a special affinity to the pelvis and so makes it an excellent herb for menstrual problems where it is an aid in heavy periods, scanty periods and even painful periods, where encouraging stagnated blood flow can really help. . 🏹The name Achillea comes from the legendary Greek warrior Achilles who was famously never without yarrow to heal his soldiers on the battlefield…although famously not his own heel… . ⛑ First aid tip – due to its high efficacy at stemming blood flow, placing a few crushed and rolled up yarrow leaves inside the nostril (not too far up!) works a charm for nosebleeds.

Those using herbal medicine in their practise use treatments that have been used for thousands of years and which often have a similar effect to traditional drugs in helping the body, but do so in a slower and gentler way.

In fact, during her first year of training at the University of Westminster, Lily completed very similar modules as orthodox training, saying: “We have the same general understanding of the human body. We have to understand pharmacology and how pharmaceuticals work int the body in order to work with patients taking both.”

Lily is self-employed herbalist, while also working part time at Triodos bank, and has been building a network since moving the Bristol, doing talks, connecting with a range of people and working with the Bristol Natural Health Service.

“I hope to one day be full-time. I get a real satisfaction out of making people’s lives better, especially as people often come to us as a last resort,” says Lily. “I sit with people for an hour and half during their consultation and I get to empower them.”

Today we harvested a wheelbarrow full of nettles 🌿. Medicinally we use the leaves when the plant is young, but now it is the seeds that are ready. Nettle seeds share many of the therapeutic benefits of the leaf, particularly being high in minerals and trace elements but what makes them more punchy is they strengthen and support the adrenals. Useful for chronic exhaustion, stress, fatigue and burn out, these little seeds have even been described as adaptogens 💫 #herbalmedicine #wildmedicine #forage #foraging #wildfood #nettles #nettleseed #adaptogen #adaptogenic #adrenals

Lily says there is certainly a time and a place for modern medicine, but it’s often not a long-term solution, saying: “Herbal medicine gets to the root cause and can be taken for a long time without negative effects to the body.

“A natural approach is more in line with our bodies’ expectations. Potent drugs can cause side effects because our body isn’t expecting something so strong. 60 per cent of pharmaceutical drugs are derived from plants. Plants do the same thing, but in a gentler way.”

Lily hopes to train further in women’s health, which is her passion, in the coming years. In the meantime, she will continue to help the people who need her support and keep battling misconceptions of her industry through talks and workshops.