Work has started on transforming a former nightclub in the city centre into Bristol’s first axe throwing centre.

Whistle Punks is due to open on All Saints Street in November, offering visitors six lanes of axe throwing as well as a bar and pizza oven.

Next to F45, in what was previously Panache, Whistle Punks offers 70-minute sessions with axes thrown at two targets on each lane, which can fit ten people.

Coaching is given which even includes trick shots such a throwing two axes at once.

Whistle Punks’ first customised axes were recently introduced, with the Bristol venue and a second London location set to open by the end of the year. 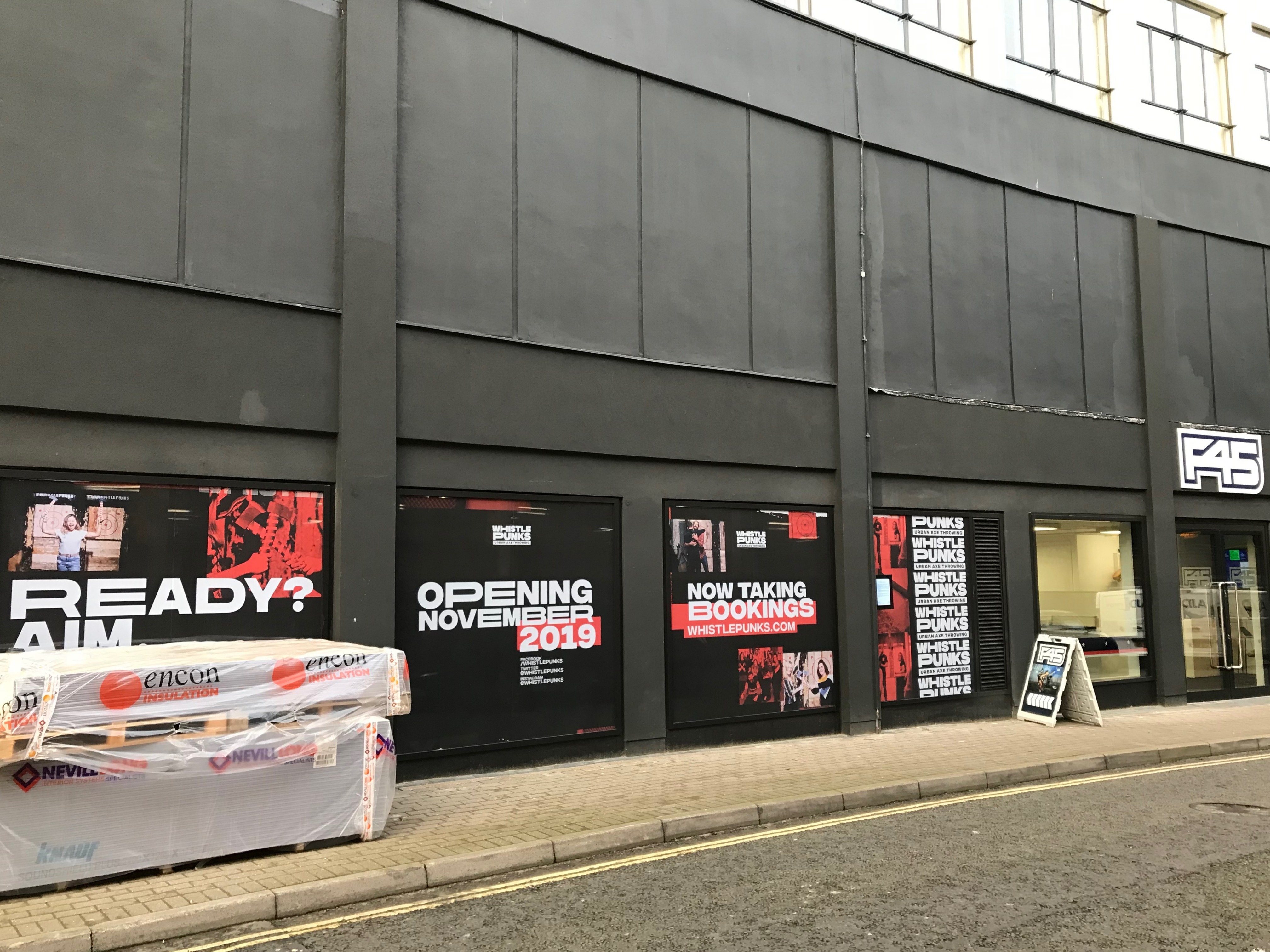 Read more: Getting results with the F45 challenge