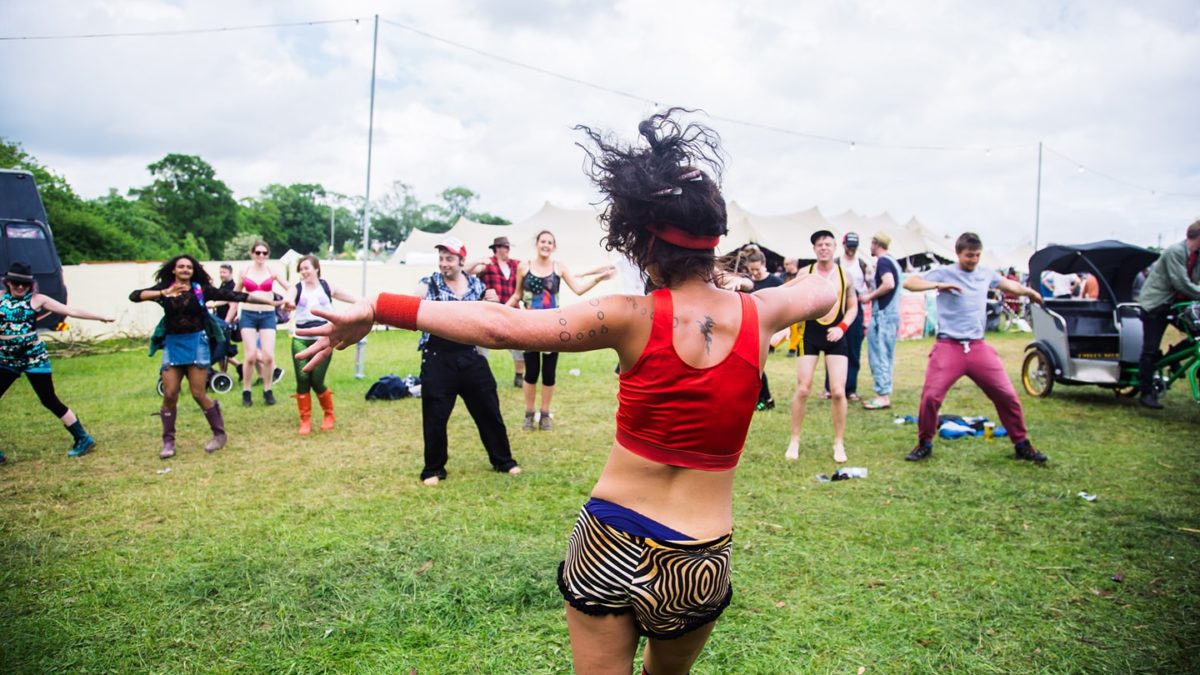 X-ray Spex’s Oh Bondage Up Yours! is screaming out from a speaker in an upstairs room at Wellspring Healthy Living Centre in Barton Hill, while three women kick the air to the beat. They watch instructor Charlie Bones as she demonstrates the next move, and as the music gets faster they all sidestep in and back, in and back. Hair of all hues is flinging around, and any PE teacher worth their salt would be horrified by the number of piercings that have been left in.

This isn’t a class for the usual gym crowd. Charlie’s punk aerobics class, X-ray Spexercise, combines the pogo jumps and air punches of the front row at a rowdy gig with aerobic dance moves and core strength work, raising a sweat to the punk soundtrack that she loves. 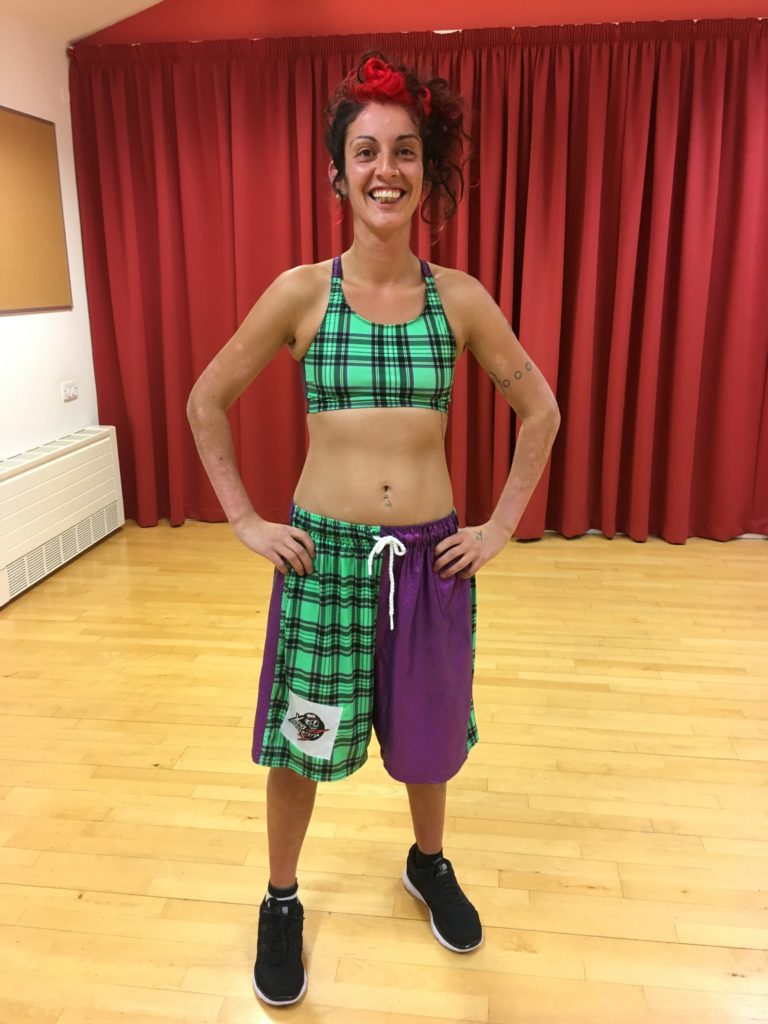 “Three years ago, before I had my daughter, I really wasn’t that into fitness – I’d do the odd class,” Charlie says. “When I had her I was in Bristol by myself, I didn’t have any family around, and my lifeline was Easton Leisure Centre because they had a free creche facility. I was going to six classes a week, and having that creche and that time out literally changed my life.

“I loved the instructors at the gym but the music was –” Charlie exhales and rolls her eyes.  “It’s what instructors generally use, and it’s all covers or really bad music, so I wondered if it could be done differently.”

A quick google showed Charlie that the punk aerobics movement was born in America in the early 2000s but after initial success had lost steam. However, it seemed tailor-made for the UK festival circuit, so after persuading a few festivals to let her and some friends try it out during the summer of 2017, Charlie took night classes and qualified as a fitness instructor in April this year.

Sporadic sessions at the Exchange in Old Market followed a second festival season, and now Charlie has secured a regular Tuesday night slot at the Wellspring, where she is attracting people from all walks of life. She’s also got just the right threads: a tartan sports bra and basketball shorts made by local designer Betty Bottom Dollar, with her own logo on the shorts designed by Maesy Hook. 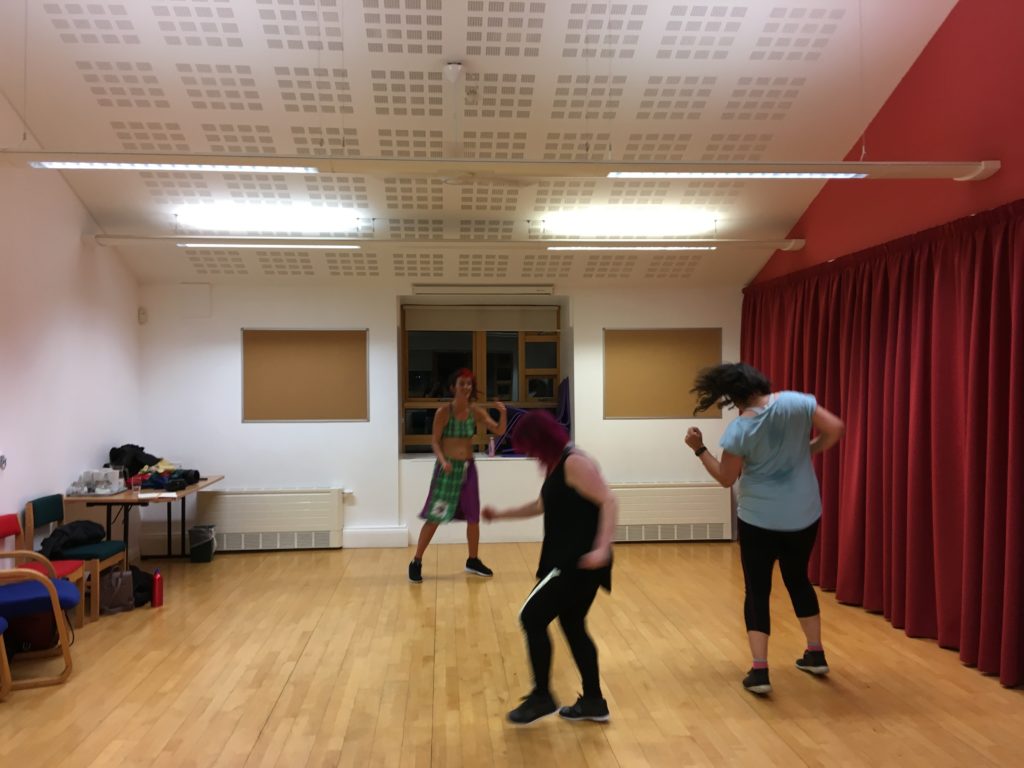 The class starts with a warm-up and then launches into quick-fire aerobic routines. To a soundtrack of short, fast punk songs from the likes of Bristol locals Inner Terrestrials, and classics from Bikini Kill and The Slits, the room is soon full of leaping bodies. Staying on the beat isn’t necessary; nor is getting arms and legs moving together perfectly, just as long as you’re moving. Charlie takes time to explain all the moves, making sure everyone has got it before the next track starts with a shout of “oi oi oi!”

We wind down with two tracks for core strength: Brodie Dalle’s gritty vocals on City of Angels gets everyone through a brutal set of sit-ups, and then each bum cheek is squeezed in turn to Ian Dury’s Sex & Drugs & Rock & Roll (“I often wonder what he’d think of it!” laughs Charlie).

By the end of the hour everyone is flushed and full of endorphins, having both laughed and sweated together. “I’m trying to do something positive and healthy that is a social thing as well,” Charlie says. “The whole point is you’re going to burn calories and get really sweaty and listen to music you like and meet some people and get out of the house.

“I was always put off by gyms where there’s all these beefcakes and perfect people and everyone’s looking in the mirror when they exercise – it’s weird. When you’re doing the routines we all look really silly, so we can probably all just look at each other and smile instead of looking at ourselves and thinking ‘ugh’.”