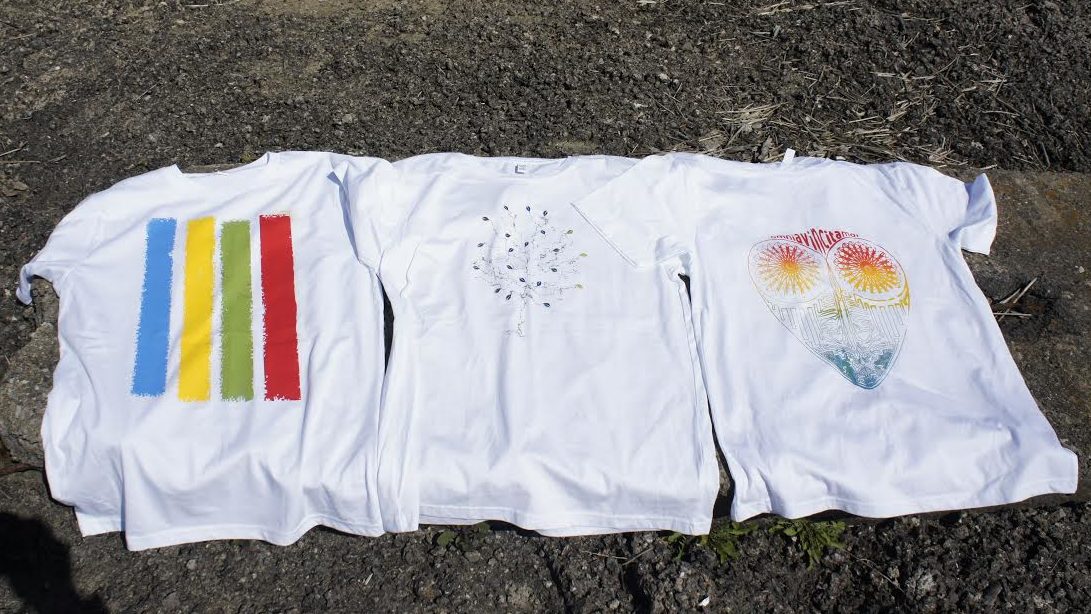 Jay is teacher as well designer and printer at Tedious Clothing, a “no nonsense, non-profit way of us being able to do things that we like and support an excellent cause in Samaritans”. He spoke to to Bristol24/7 about his clothing business and an upcoming event the company is holding at the Exchange.

When did Tedious Clothing begin trading?
“About a year and a half ago. I wouldn’t call it trading as such, it’s more like an avenue to learn some new things and hope other people enjoy the output.” 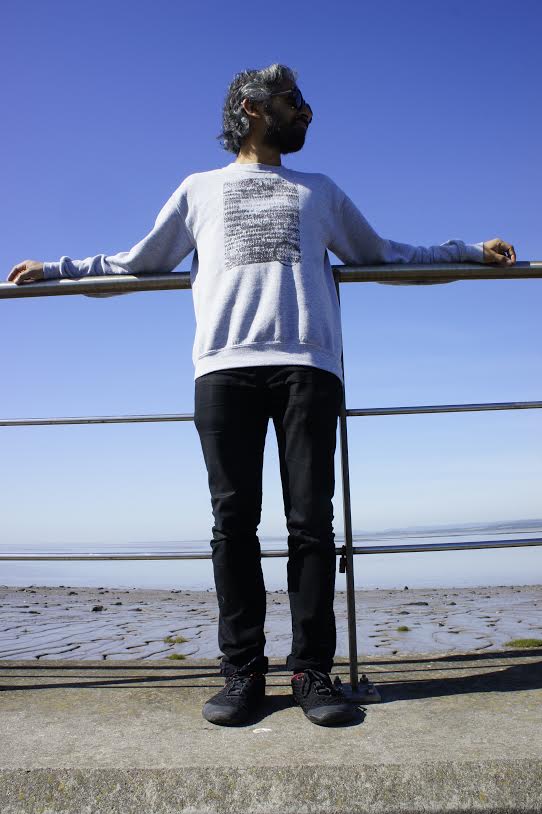 33-year-old Jay is a teacher and runs Tedious Clothing

What does ‘created from the tedium and boredom of every day life’ means?
“Tedious Clothing’s slogan came from a repeated conversation my partner and I were having about how when you get past a certain age, there isn’t a lot, or anything, that’s new anymore.

You’ve got a job. You’re able to do fun things if you pay for them, but they’re often part of the same routine and it’s not easy to escape that, like a date night, movie night or going out night. It’s all part of a routine you’ve built day after day, week after week.

In addition, it’s pretty easy to become desensitised to everyone and everything trying to grab your attention, with individuals buying into Instagram and the like.

We know our friends are just as boring as we are; they’re just better at publicly showcasing the things they end up doing. That’s where the ‘tedium’ comes from. It’s sort an exasperation with showing off all the time! I don’t know how people have the time for it.

I suppose, some of the tedium was also a need to make something. There’s a certain satisfaction to having a finished product that you’ve taken from an idea in your head to a design on computer, then a print on a teeshirt or sweatshirt.”

Why are your tees organic?
“We’ve been having a crisis with our clothes for a long time. There’s enough information out there showing how mass production only benefits large corporations, so I won’t go in to it, but it was certainly a factor in switching to organic tees. 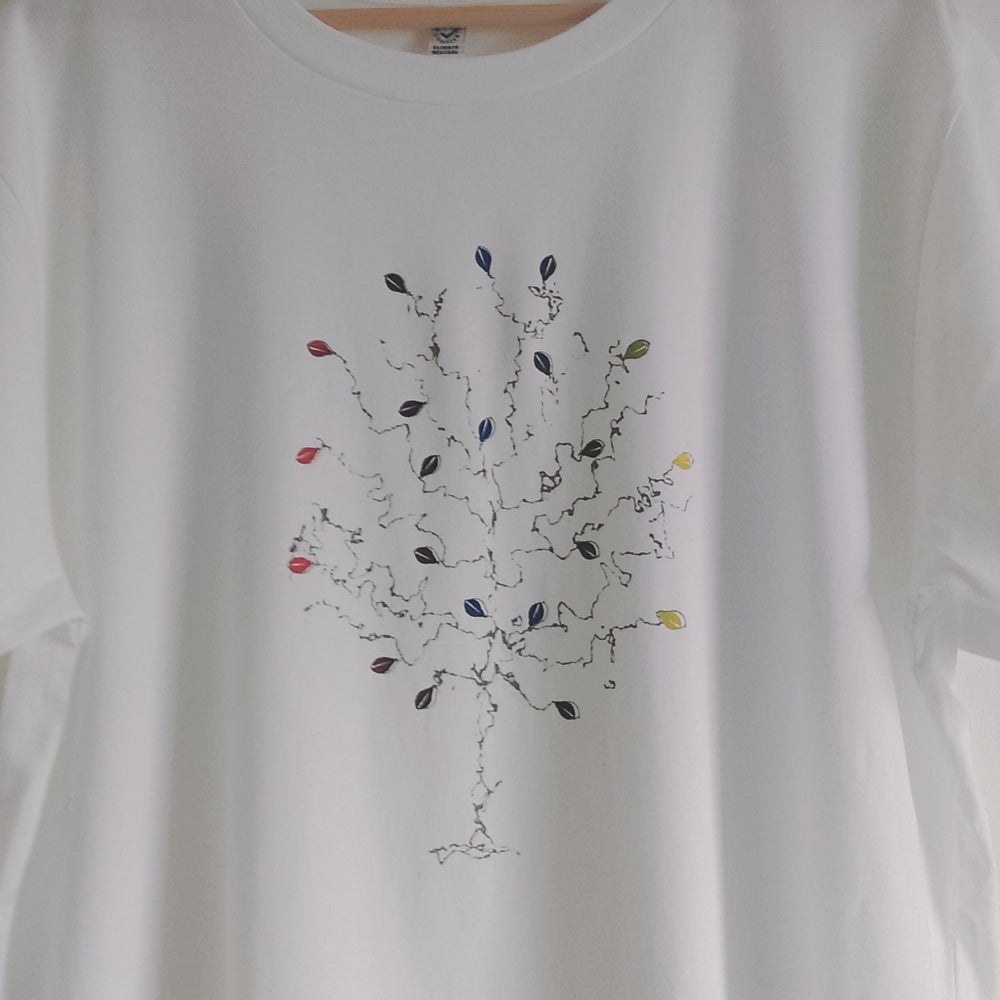 All of Jay’s products, including this ‘tree’ t-shirt, are made ethically

We did a little research and found a company that uses 100 per cent organic cotton, pays living wages to workers and uses 90 per cent less water than conventional t-shirt manufacture. It adds a little to the costs, but not as much as you might think.

It fit in with where we wanted to go – there’s no reason for organically, ethically produced clothing to be ludicrously expensive. I’m sure we’re paying into the coffers of a big company somewhere, but I’ll take that if I know workers are being treated well.”

What designs are available and what plans do you have for the future?
“At the moment we’ve got three teeshirts: ‘love conquers all’, ‘tree’ and the tee we made for a gig we put on. They’re all completely unique, mainly because we haven’t been able to create a seamless printing process which means there are mistakes. 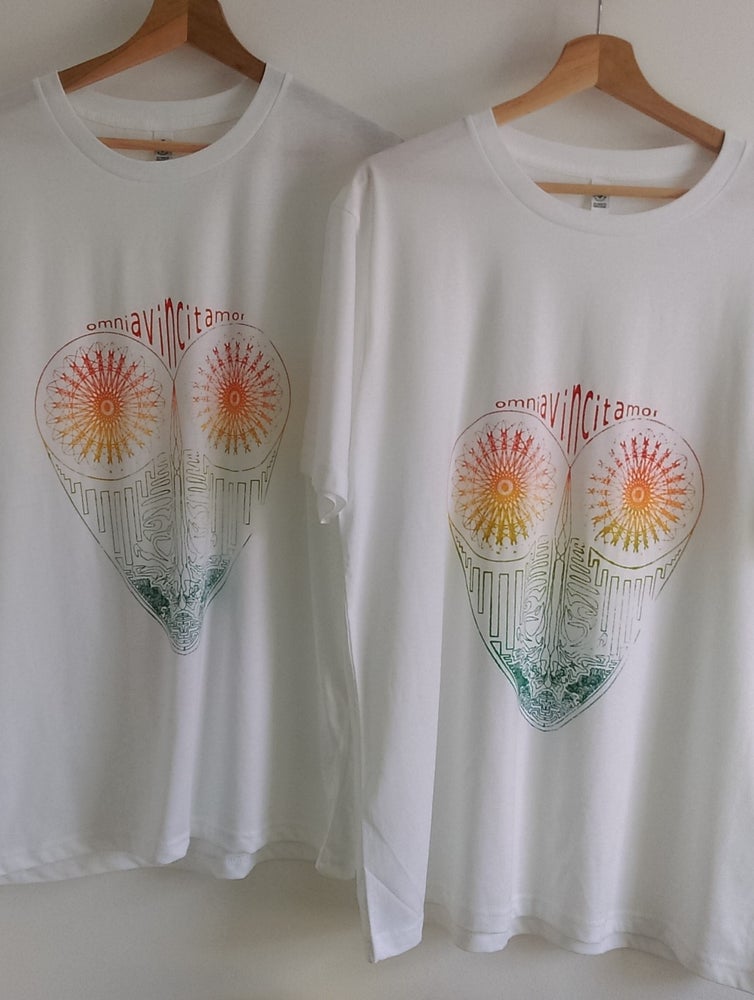 They were our first forays in to printing with multiple colours and they take a lot of time. It’s not that easy when you’re printing on a little table in your kitchen!

More designs are in the pipeline . We’re in the process of sorting out a set of sweatshirts for winter and, of course, more gigs.”

What is the the Alljayer?
“The Alljayer came about from the fact we invested in the Exchange when it became a community venture. I go to a lot of gigs; the gig scene has been a huge part of my life for as long as I can remember.

Putting them on seemed like the logical next step. The Exchange were really supportive when we put our first gig on there and they gave us the opportunity to put on an all-dayer. The name came from a suggestion from Iwan, the bar manager, from an in-joke about only booking promoters who could put their own name in the word ‘alldayer’. I couldn’t think of a better one, so The Alljayer is what it is!

When we put on gigs, the aim is to support the local music scene which is genuinely going from strength to strength – every band we’ve put on so far have been Bristol bands and at every show we’ve managed to raise some money for Samaritans – around £450 in total so far – and pay all of the bands. Most bands are going to be out of pocket just through rehearsing, so if we can help them out a little, we’ll do it.

Anyway, there will be 13 bands on both stages at The Exchange on the February 8, 2020 starting about 2pm and going on till 11pm. We’ve booked a bunch of brilliant Bristol bands and are just waiting on possible headliners to confirm! Early bird tickets are on sale already and we’re going to start announcing bands on the September 28.”