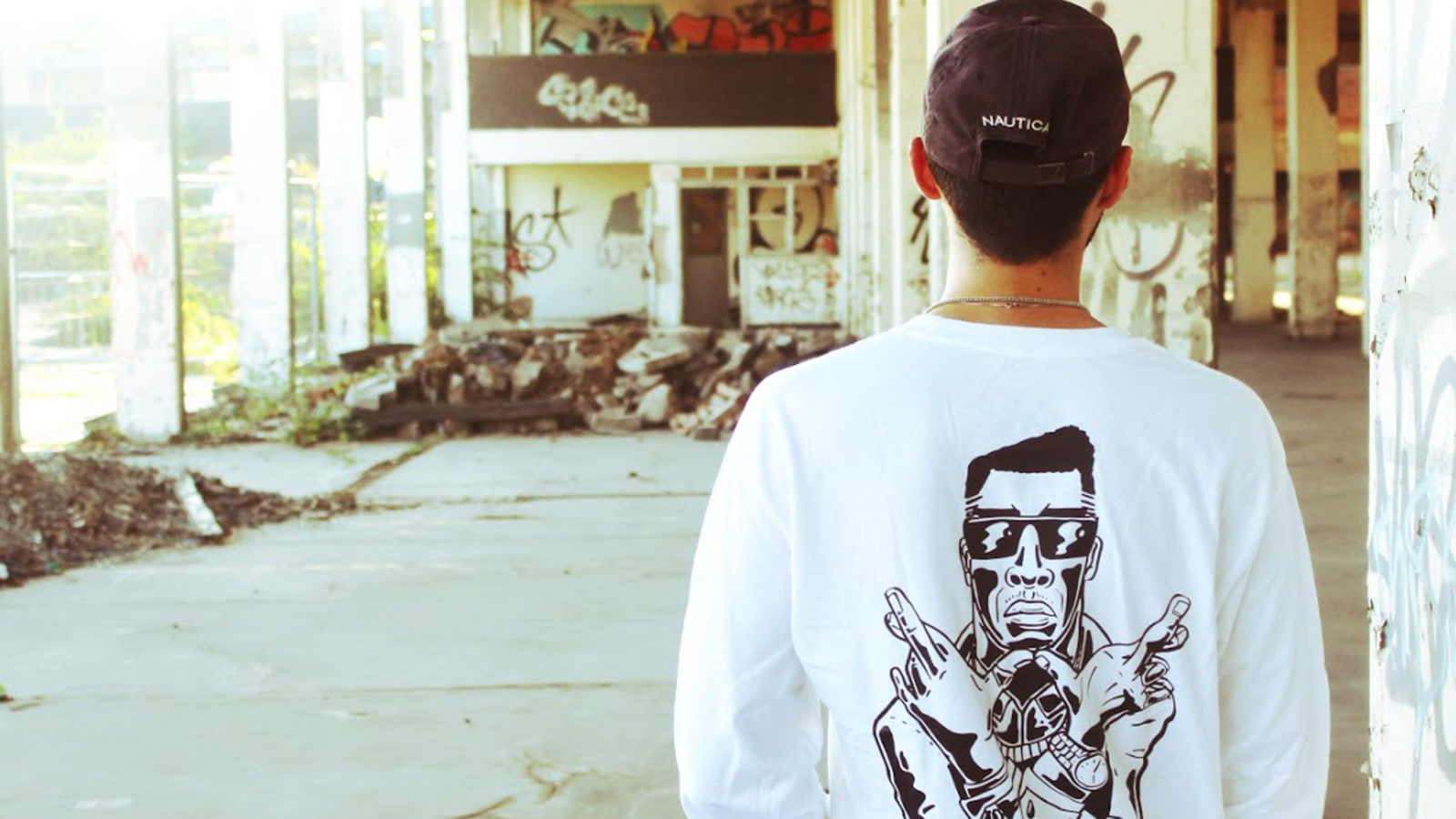 Greg Harris or Greg AK as he is known professionally, has been running his own skateboarding company AlleyKats since he was just 16 years old. The brand produces t-shirts, stickers and zines featuring psychedelic and sci-fi mixed graphics, and cool illustrations with garish colours and day glo prints. 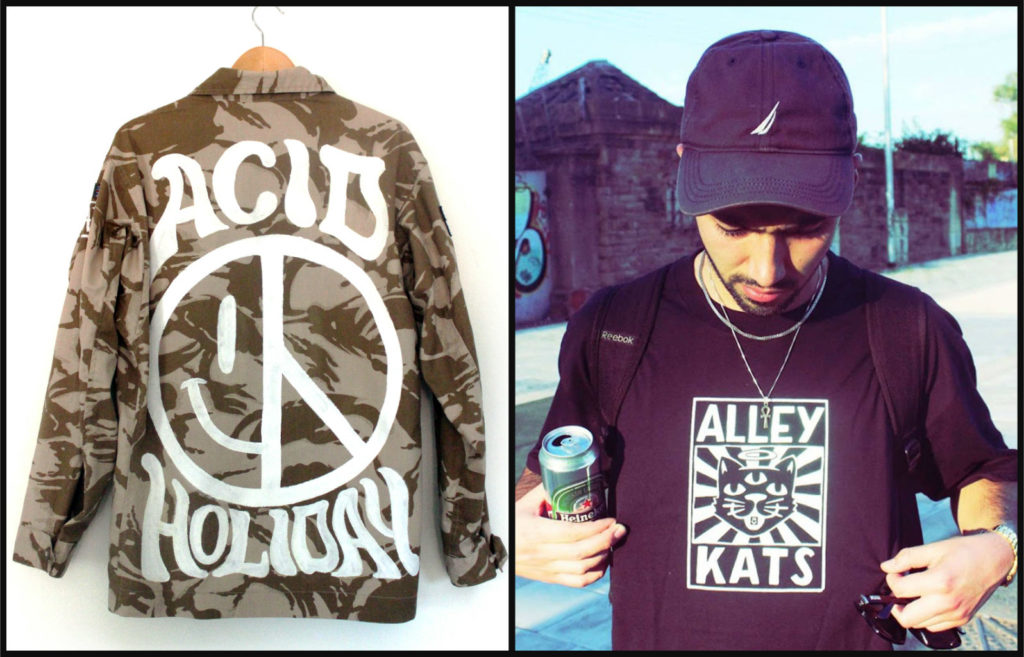 “When I first started Alleykats I wasn’t really trying to start a business,” Greg explains. “It was more that I was making zines and t-shirts for fun and selling them to my mates. I didn’t realise that I’d still be doing it five years later, full-time.

“I’d say a big part of it is also the whole DIY mindset that comes with skateboarding: other skaters in the area were also making zines and tees, which kind of lead the way for me.” 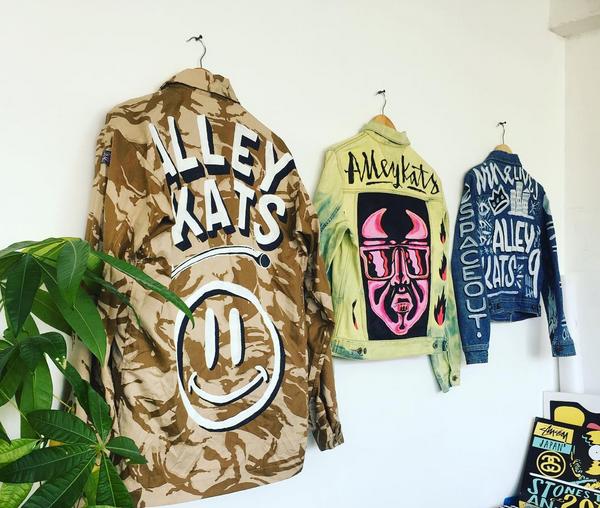 Greg has also had featured works in Cosmopolitan, Fucking Young, People of Print, Mixmag and VNA Magazine, which is pretty awesome for a young Bristolian artist with no formal training: just pure talent and the drive to go it alone. 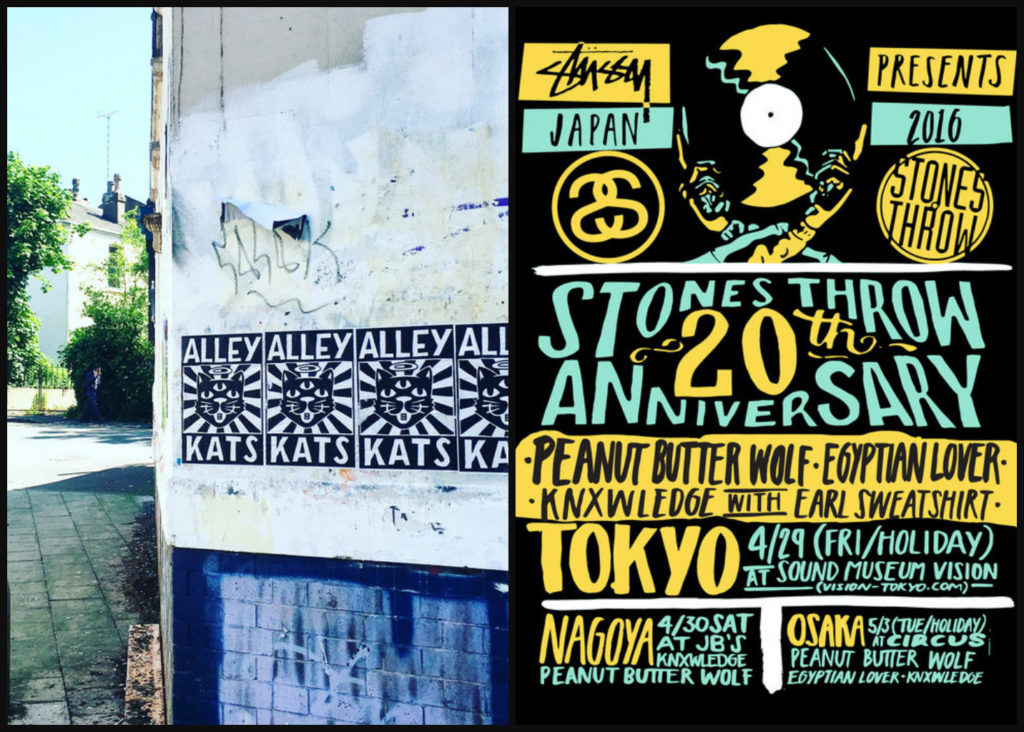 “The Stussy job came about because I was emailing Jeff Jank from Stones Throw Records, talking about my work, and he gave me some advice. Six months later I got a random email saying that Stones Throw and Stussy were collaborating for an Asia tour and asking if I wanted to do the artwork for it. I was really, really stoked for a long time!” laughs Greg. 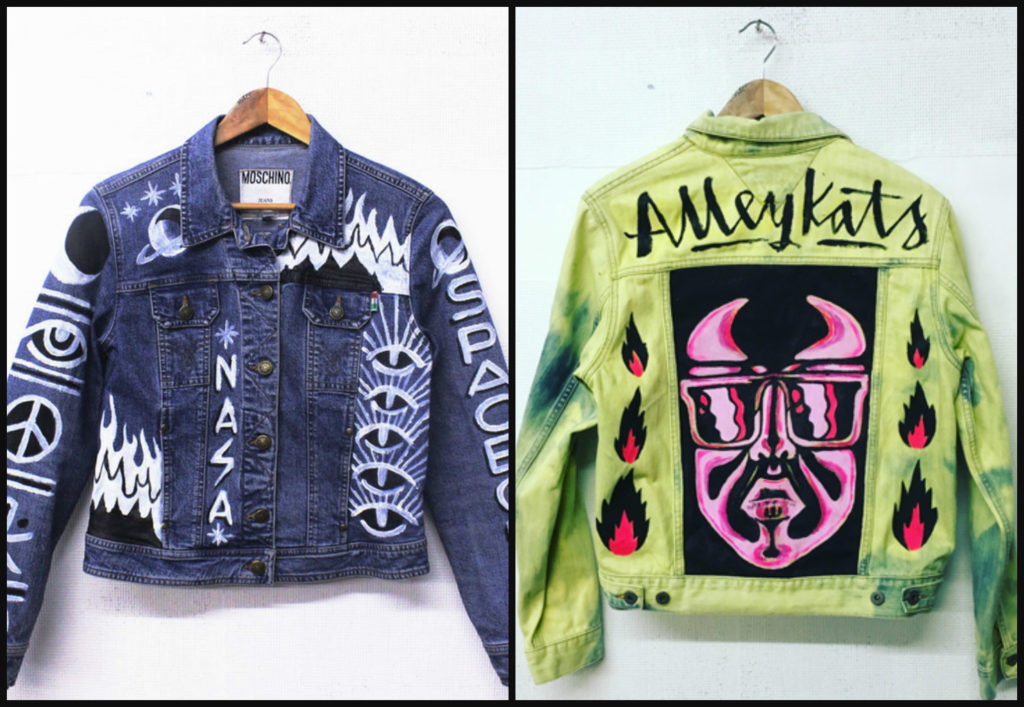 Despite the international success, Greg still has his feet firmly placed in Bristol and will be putting on his debut AlleyKats Exhibition at the Two’s Company Studios on Old Market, displaying a collection of custom hand painted jackets, various prints, original artworks and a new selection of printed clothing. 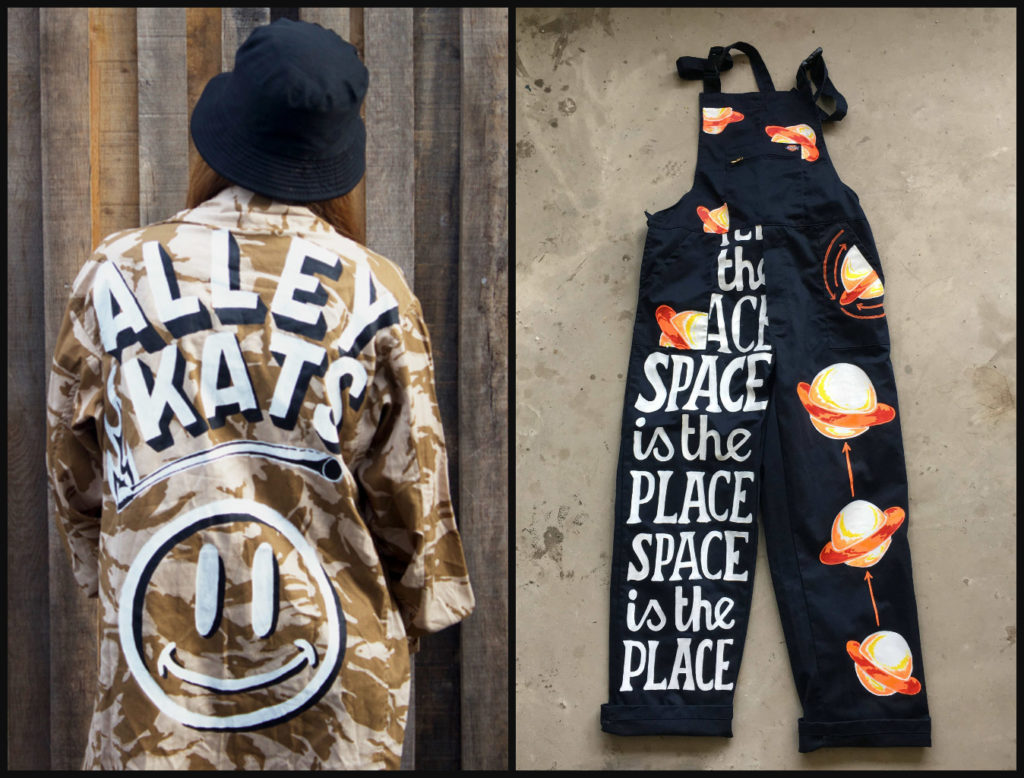 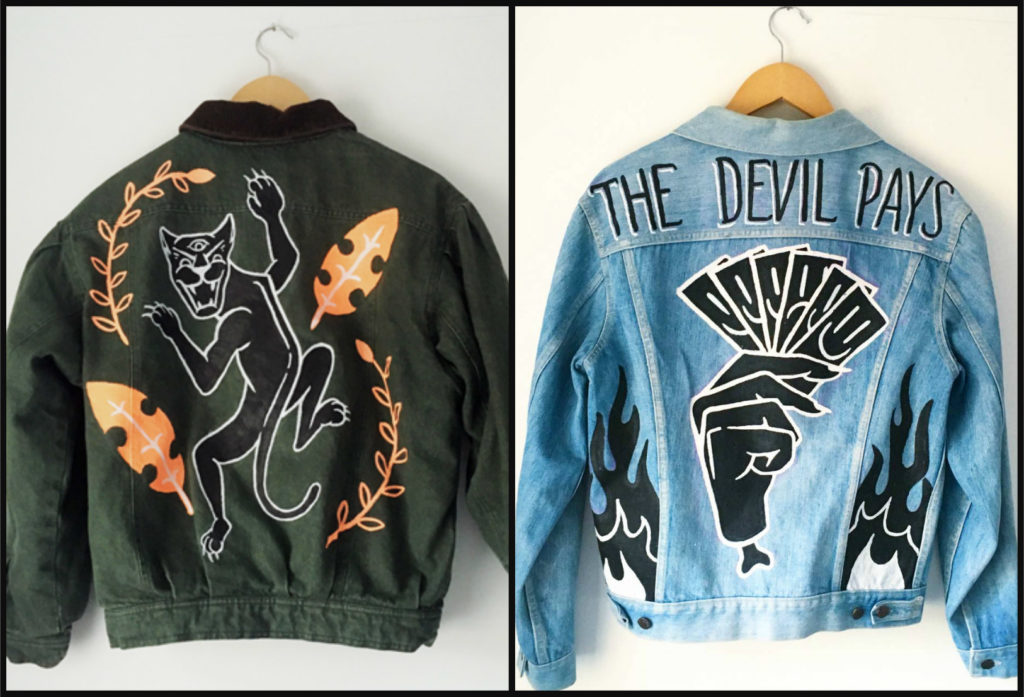 “Bristol has been a huge influence on my work,” says Greg. “The vibrant music and art scene here has been a huge source of inspiration – a fusion of graffiti, decaying paste-ups, garish colours, bright neons and staying up all night dancing. I am influenced by anyone that’s getting out there and doing their thing and not really caring what they get back from it.”