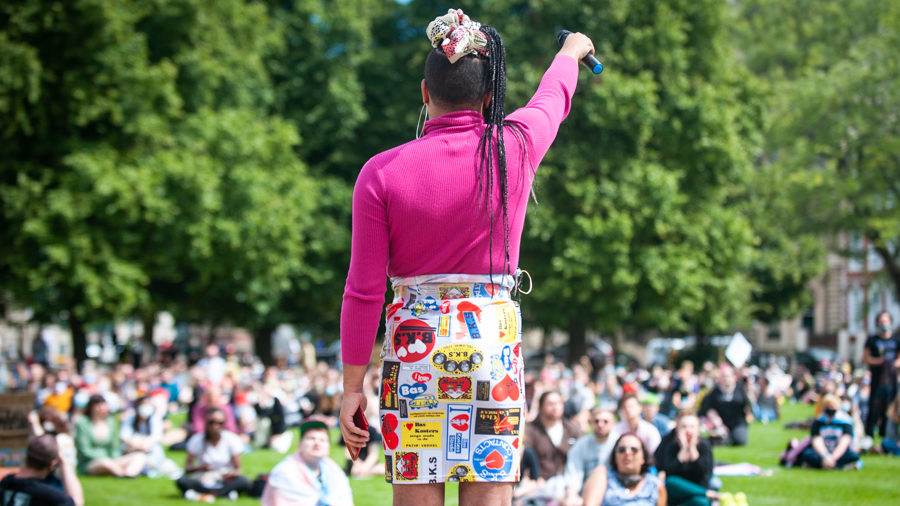 Discrimination and abuse against transgender people cannot continue – this was the message behind Saturday, July 18’s Trans Rights Protest, which took place on College Green.

More than 400 people attended the socially-distanced event, which saw speakers with lived experience of being trans take to the stage.

The protest, which was one of many that have taken place across the UK, was held in response to fears that the Government will not go forward with plans to reform the Gender Recognition Act (GRA), which would allow people to change their legal gender by “self-identifying” as male or female.

“It was great to see such a good turn out to stand against the government’s intention to scrap reforms to the Gender Recognition Act and roll back rights of trans and non-binary people,” says Spencer Blackwell, one of the protest’s organisers and part of Trans Pride South West. 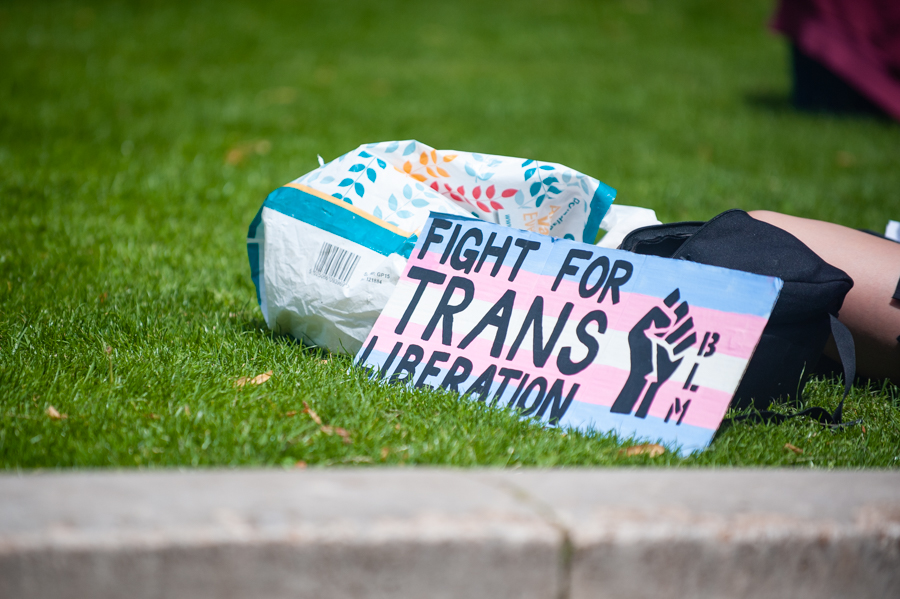 The life expectancy of black trans women in the USA is 35 years old. Photo: Nicky Ebbage

Speakers told the audience about their experience of being trans in Bristol, the importance of reforming the GRA and protecting healthcare for trans youth.

Reforms to the GRA would let transgender people to change their birth certificate without requiring a medical diagnosis.

However, the Sunday Times recently reported that these plans will not go ahead, despite 70 per cent of responses to a recent GRA consultation being in favour of self-identification.

Instead, UK Government intends to scrap the GRA reform and roll back the hard-won rights of trans and non-binary people. 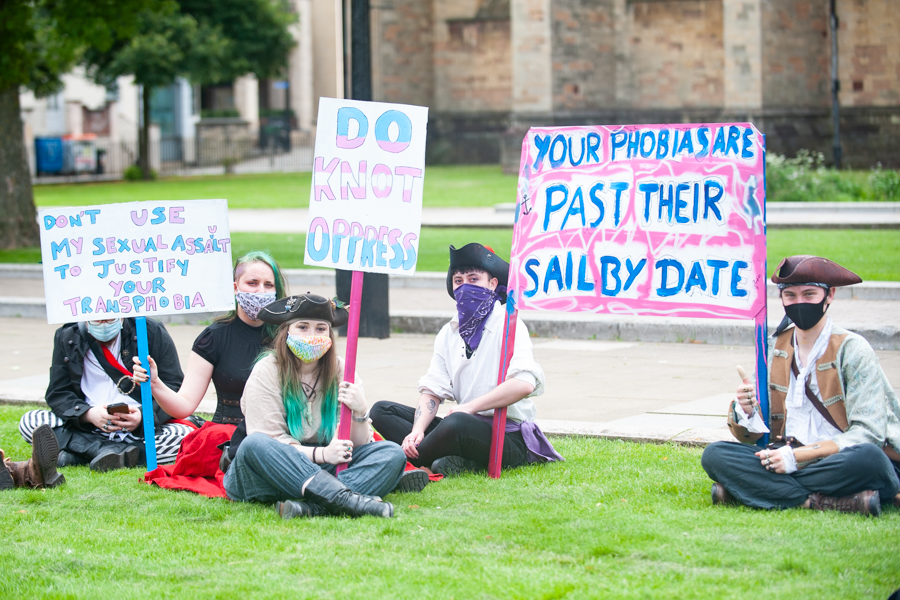 The Government is also allegedly planning to introduce a law that will restrict the rights of trans women to use women’s facilities, such as public toilets, changing rooms and refuges.

“As many of the speakers noted, in countries where self-identification has already been legalised, such as Norway, Malta and Ireland, no increase in attacks on women and girls has been reported,” says Spencer.

“Conversely, ‘bathroom bills’ and laws policing use of public toilets has increased verbal and physical attacks on all people, including non-trans women who didn’t look ‘feminine’ enough.” 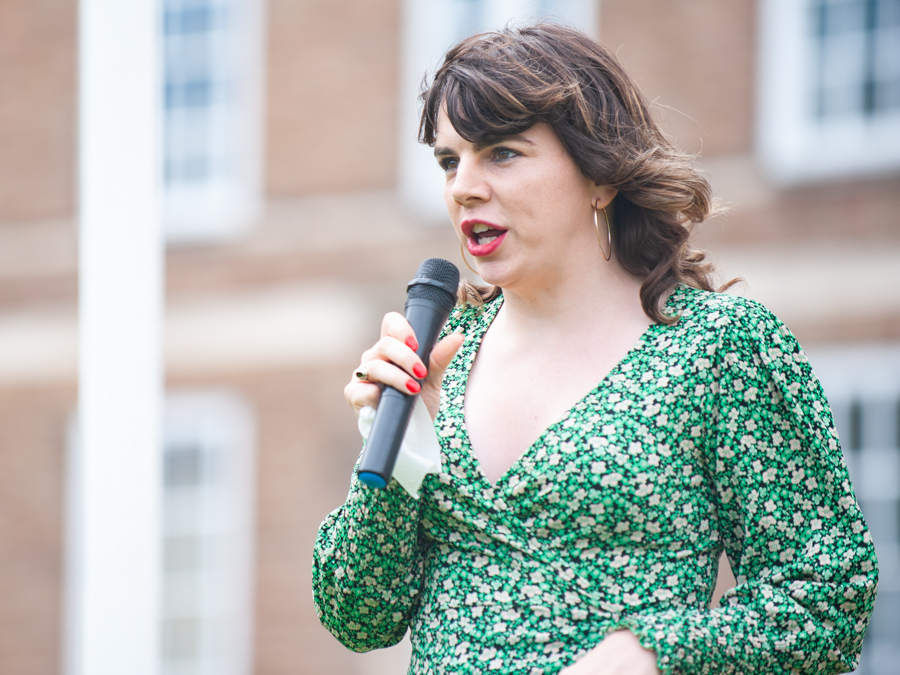 Shon Faye was one of many speakers, who touched on the overrepresentation of trans people in the homeless community and the need for a fairer society. Photo: Nicky Ebbage

Karen Self, who helped to organise the evemt, was proud to give trans people a platform to share their views: “My biggest take away was the passion, emotion and lived experience of the speakers, who came from a range of different backgrounds.

“They were able to feel the love from the crowd.”