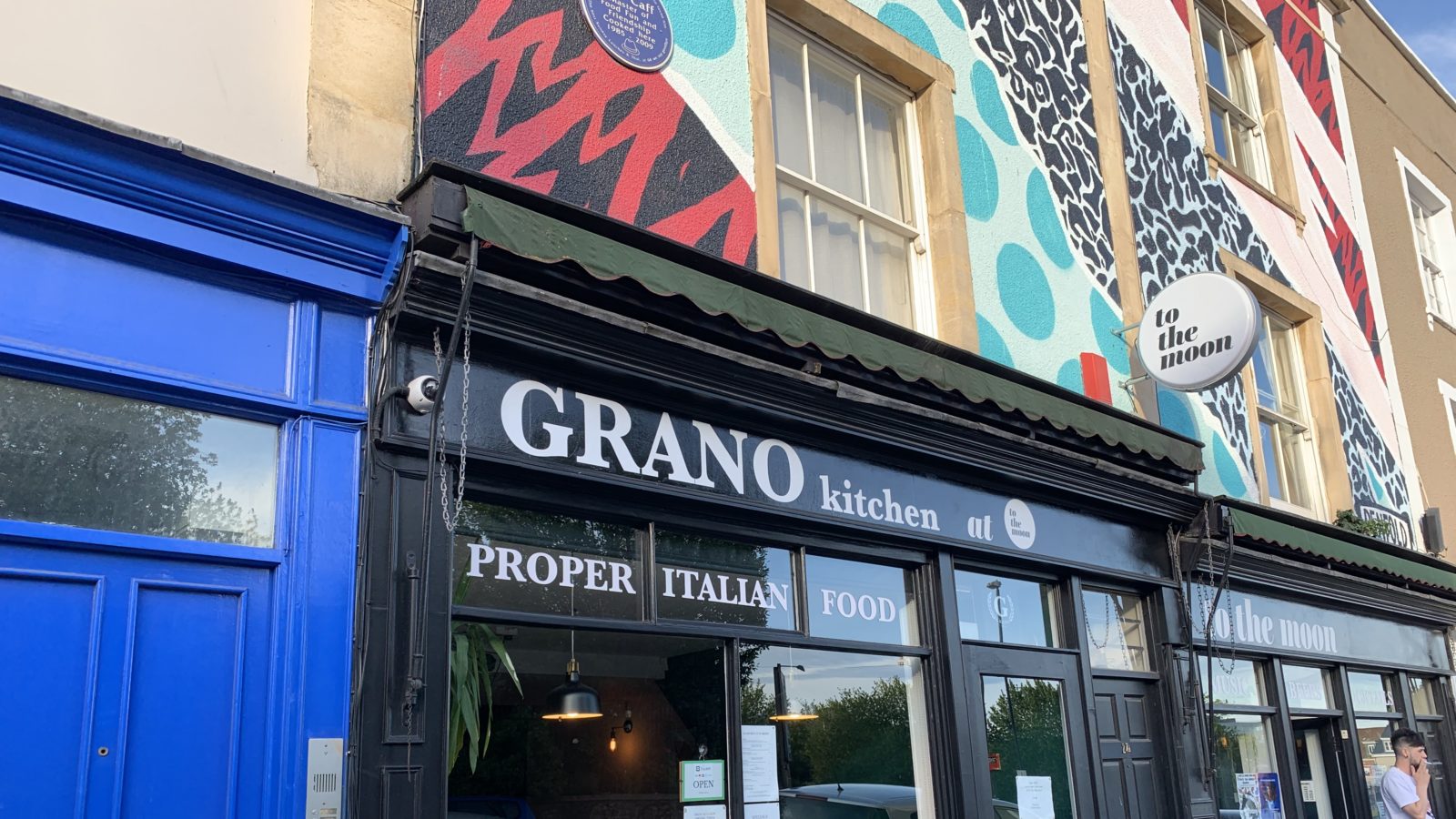 They have now moved to their own premises in Old Market just a few yards away, neighbouring To The Moon bar.

The restaurant is tucked away from the main road, but its exterior is anything but subtle. Above both Grano Kitchen and To The Moon are bright graffitted patterns and a sign that boasts ‘Proper Italian Food’.

Grano Kitchen’s new premises, which adjoins To The Moon by a narrow door, offers more seating and space than its previous location at Glitch. 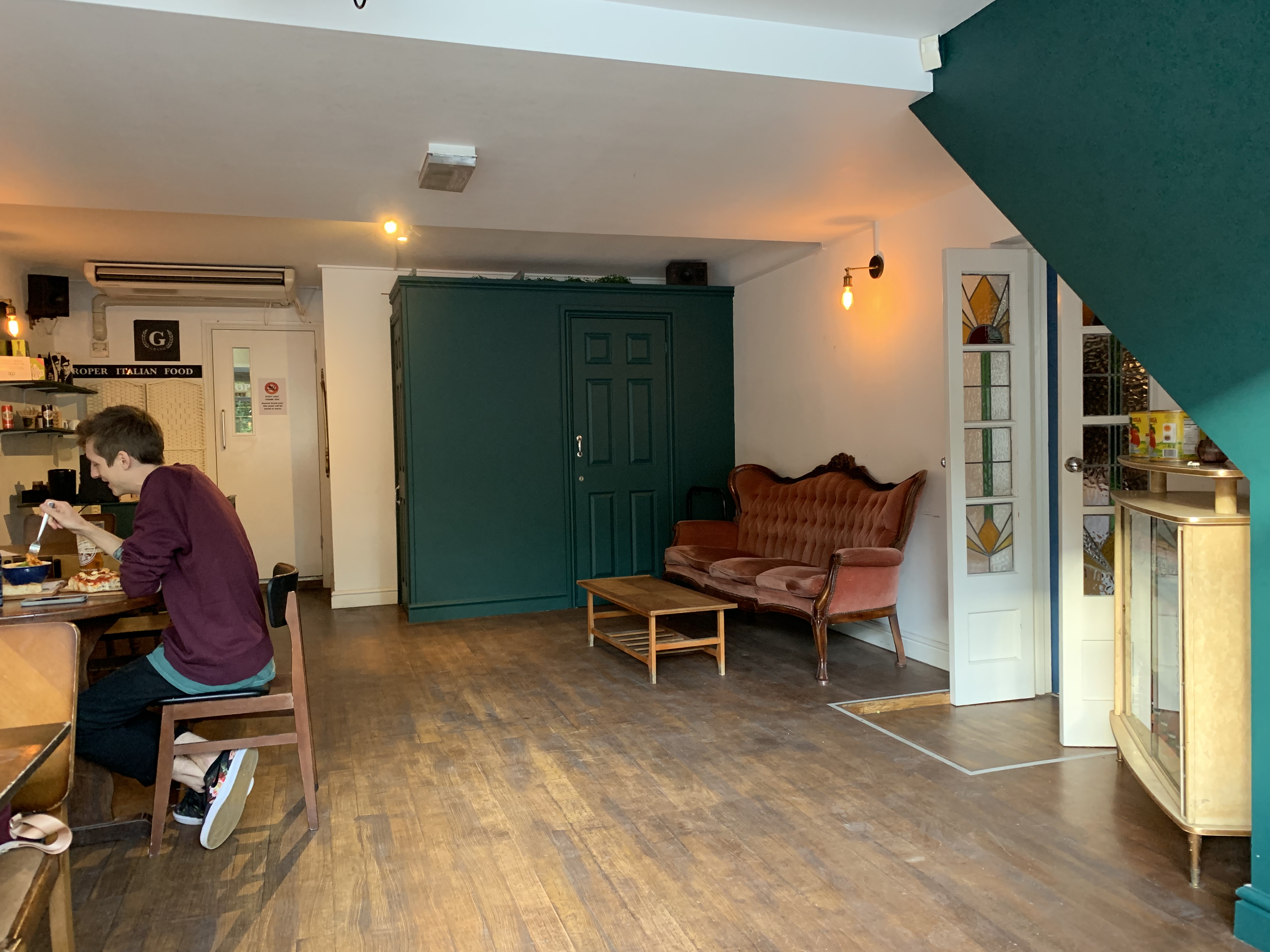 Offering more seating, but the restaurant was full on a recent Thursday evening.

The brightly lit restaurant area contrasts  the dark interior of To The Moon, however the large dining area has only four tables, three of which were taken on a recent Thursday evening.

It became apparent the waiter at Grano Kitchen was also the chef, disappearing for long periods of time before bringing out the food on wooden boards.

The menu lists three types of pizza slices available: margherita (£2.50), Evil Goat, topped with goats cheese and spicy salami (£4), and Capriccio,  a vegetarian option with artichokes and olives (£4). However, the waiter informed there was only one slice of pizza left, Evil Goat, and jokingly told to pick wisely.

Ordering a slice of Evil Goat and adding some plain focaccia (£2), a farinata wrap filled with peppers (£3.50) and their pasta special, tagliatelle al sugo (£5) made with homemade egg tagliatelle, other diners chatted and indulged in a range of small courses. 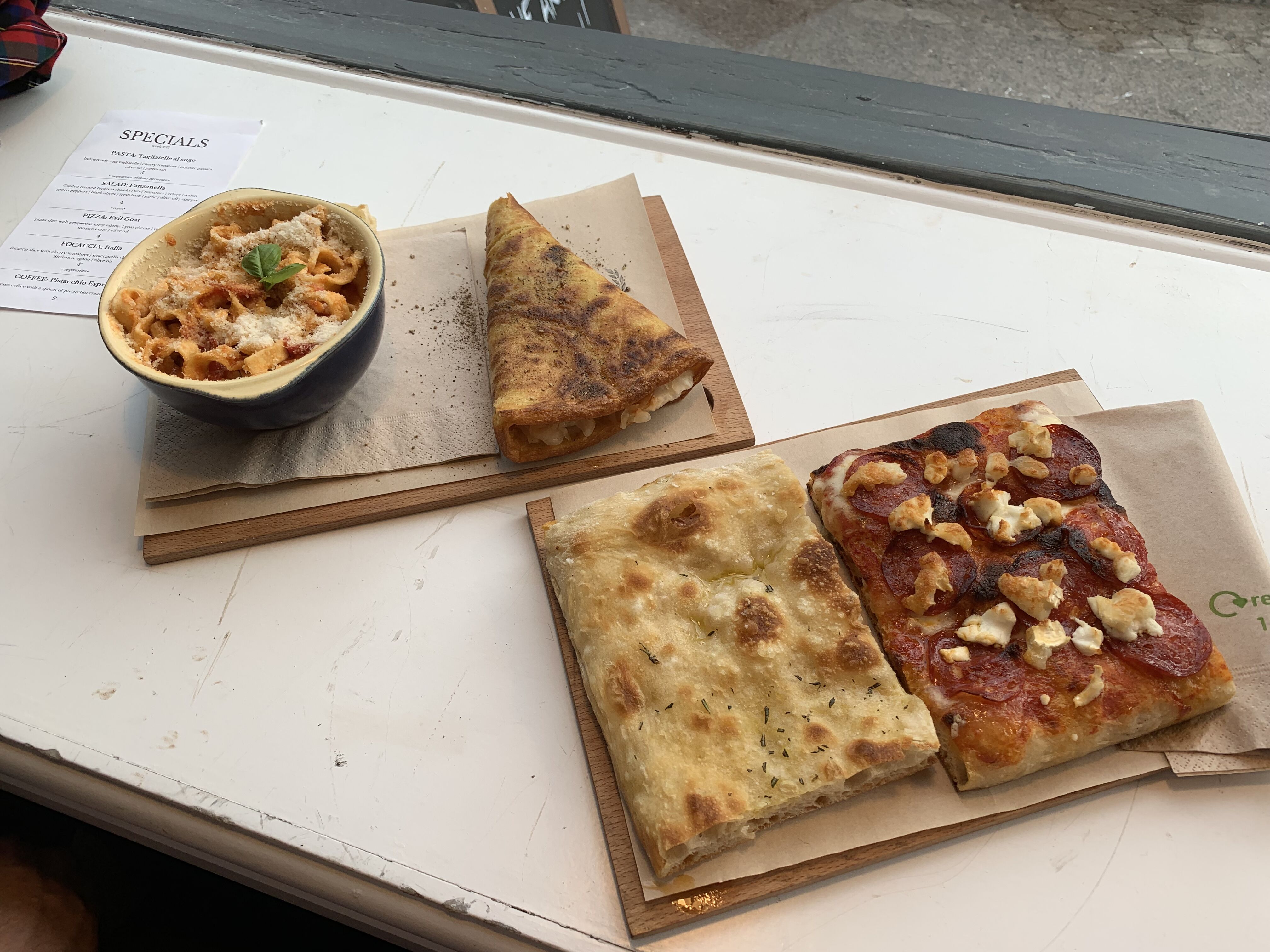 The tagliatelle al sugo was topped with fresh parmesan and the was covered in a flavoursome sauce, the homemade pasta itself having just as much flavour. The focaccia was also excellent, especially when dipped into the pasta, all still steaming from the kitchen.

However the farinata, a chickpea flatbread which was also both gluten free and vegan, wasn’t as good – it left a slightly sour taste.

But the star of the show was the pizza, which certainly redeemed the kitchen. The Evil Goat slice was delicious, with soft dough and a flavoursome tomato base which complimented the generous spicy toppings. It was crispy and toasted perfectly in all the right places.

The small dishes were pleasantly filling. The pizza slice was generous despite it being the last available and the entire meal was well worth the price.

All in all, Grano Kitchen have successfully grown into their new premises while still serving delicious homemade Italian food. 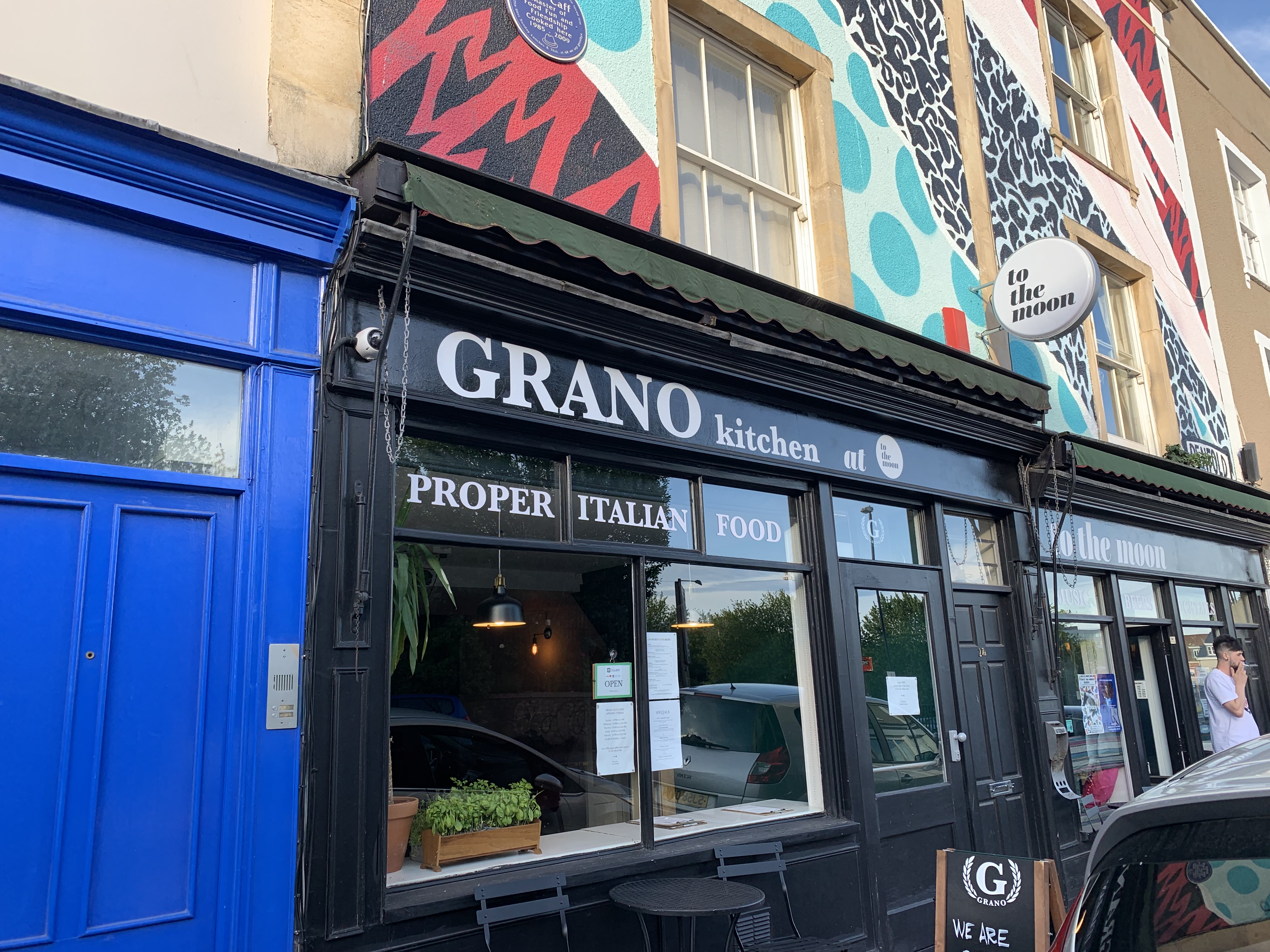