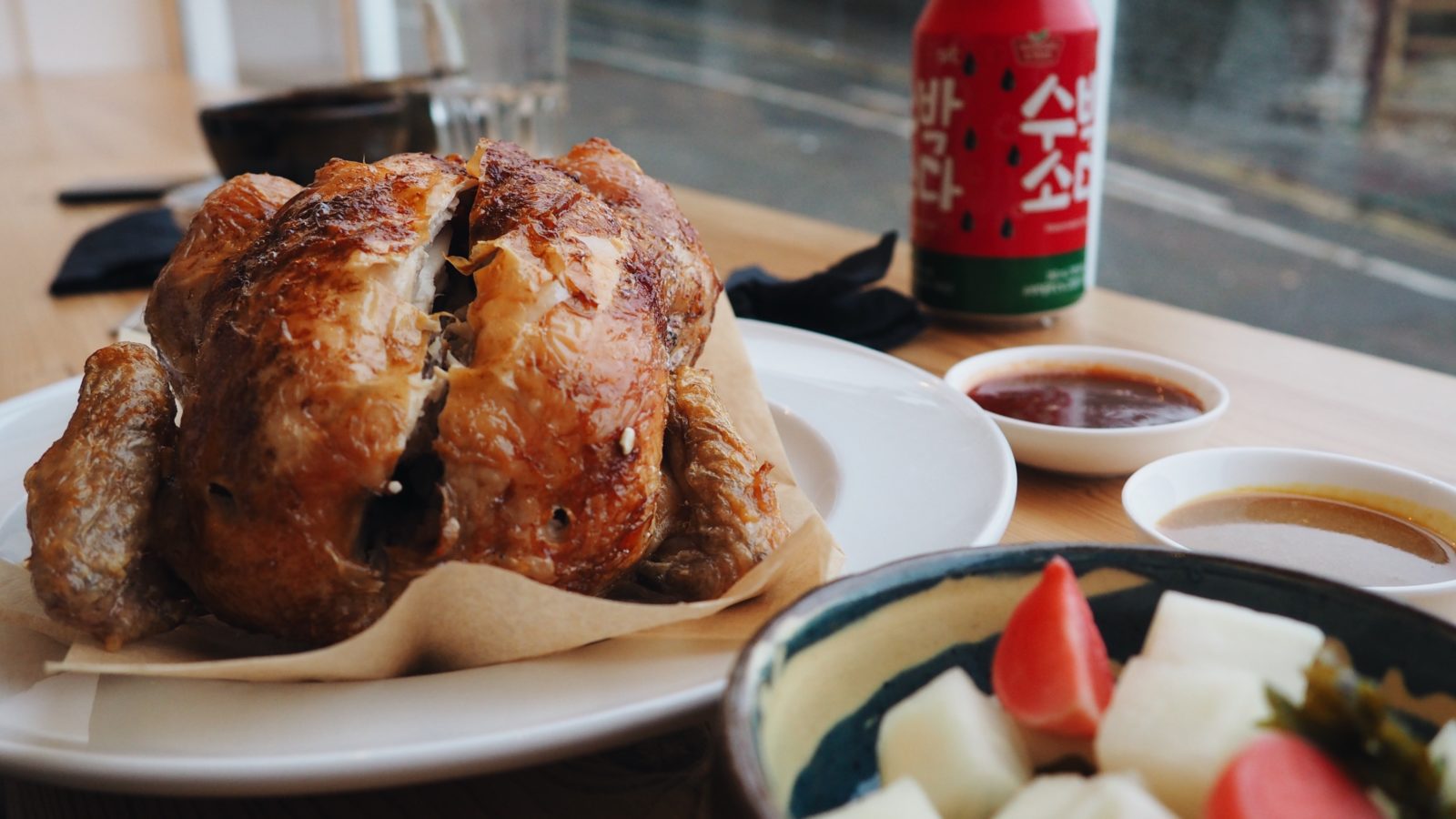 The unusual space on Ninetree Hill has been transformed into an exceptional Korean restaurant from husband and wife team Duncan Robertson and Kyu Jeon who have immediately placed themselves among the best of Bristol’s food scene.

With a background working in Michelin starred restaurants across the world, Salisbury-born Duncan and South Korean Kyu have created a minimalist no-reservation restaurant in their new home town of Bristol that is truly memorable.

The enticing tongdak (£14), a charcoal rotisserie whole chicken, serve as a meal for two; their smell alone able to entice in new customers up from Stokes Croft to this restaurant that was most recently Zitto & Bevi, was the original home of nearby Cafe Kino, and once hosted a pop-up restaurant from the Montpelier Basement supper club team of Elly Pear and Dan Vaux-Nobes.

After learning that the chickens were stuffed with rice that cooks inside the bird and only 30 are cooked every day, an exceptionally quick decision was made by two early eaters to wait 45 minutes until the tongdak were ready – as they currently are served from 6.30pm. 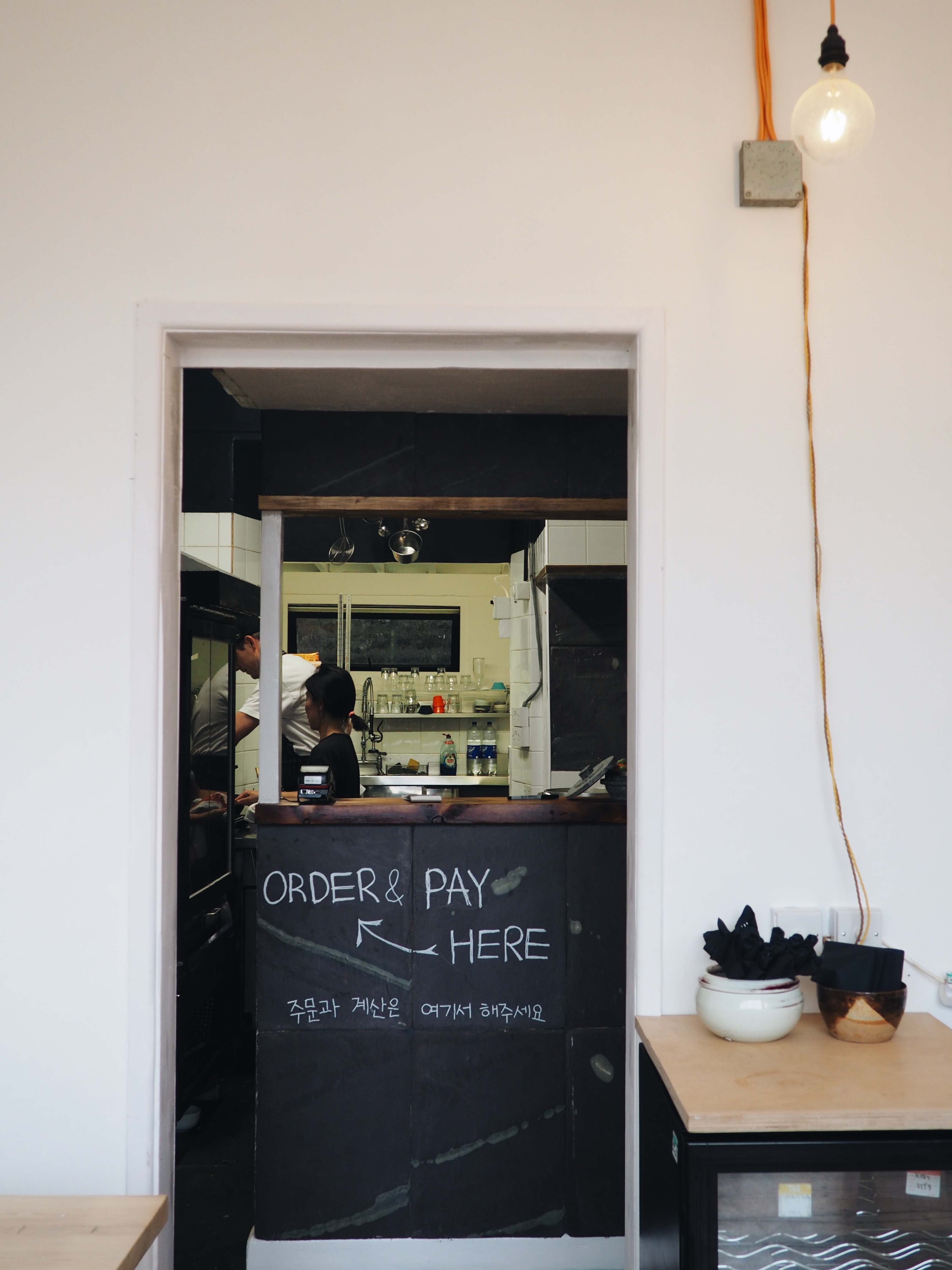 While waiting, a steaming plate of mandoo (£8), king-size dumplings, and a sizzling hot bowl of kimchi fried rice (£6.50) were quickly brought to the table alongside the most delicious kimchi I have ever had the pleasure of eating.

The beef and pork filled dumplings were accompanied by a perfectly balanced and vibrant dipping sauce. The courgette, spring onion and chive dumpling was more fragrant – a welcome change in between the two umami-rich dumplings.

The kimchi fried rice was exceptionally executed, with an added organic fried egg and slow roasted pork (an extra £1 and £3) that created a dish so full of flavours that I didn’t want it to end. The crispy seaweed cut through the richness of the melt-in-the-mouth pork.

“Don’t forget to push all the rice down to the bottom,” Duncan told me, as the piping hot bowl formed a fried rice crust that, somehow, ended up even tastier than the already flavour-packed rice. 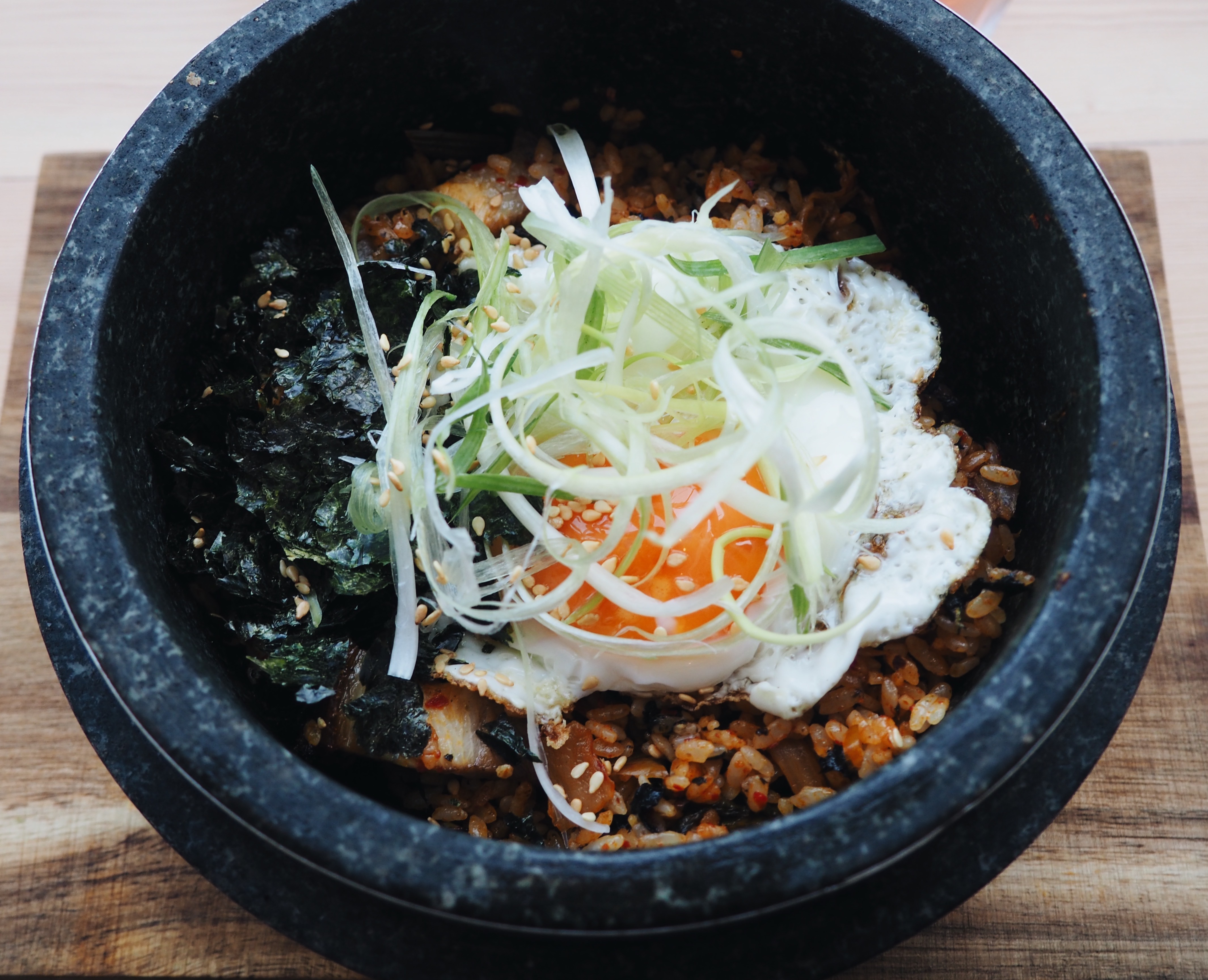 Once we had literally finished licking the plates clean, the chickens were ready. Having spent the last three-quarters of an hour being teased by the smell of the juicy roast birds, of course we were ready to try one.

After sampling some complimentary seasoned mustard greens and fried crispy seaweed, along with a variety of pickled mushrooms, out came the star of the show.

Having being influenced by their next door neighbour in Seoul, Duncan and Kyu have turned this traditional Korean staple into a wonder of a dish and it’s something to behold. Crispy seasoned skin holds together perfectly juicy meat that falls off the bone.

Like the tantanmen ramen at Woky Ko: Kaiju in Wapping Wharf, it must go immediately on your Bristol bucket list. 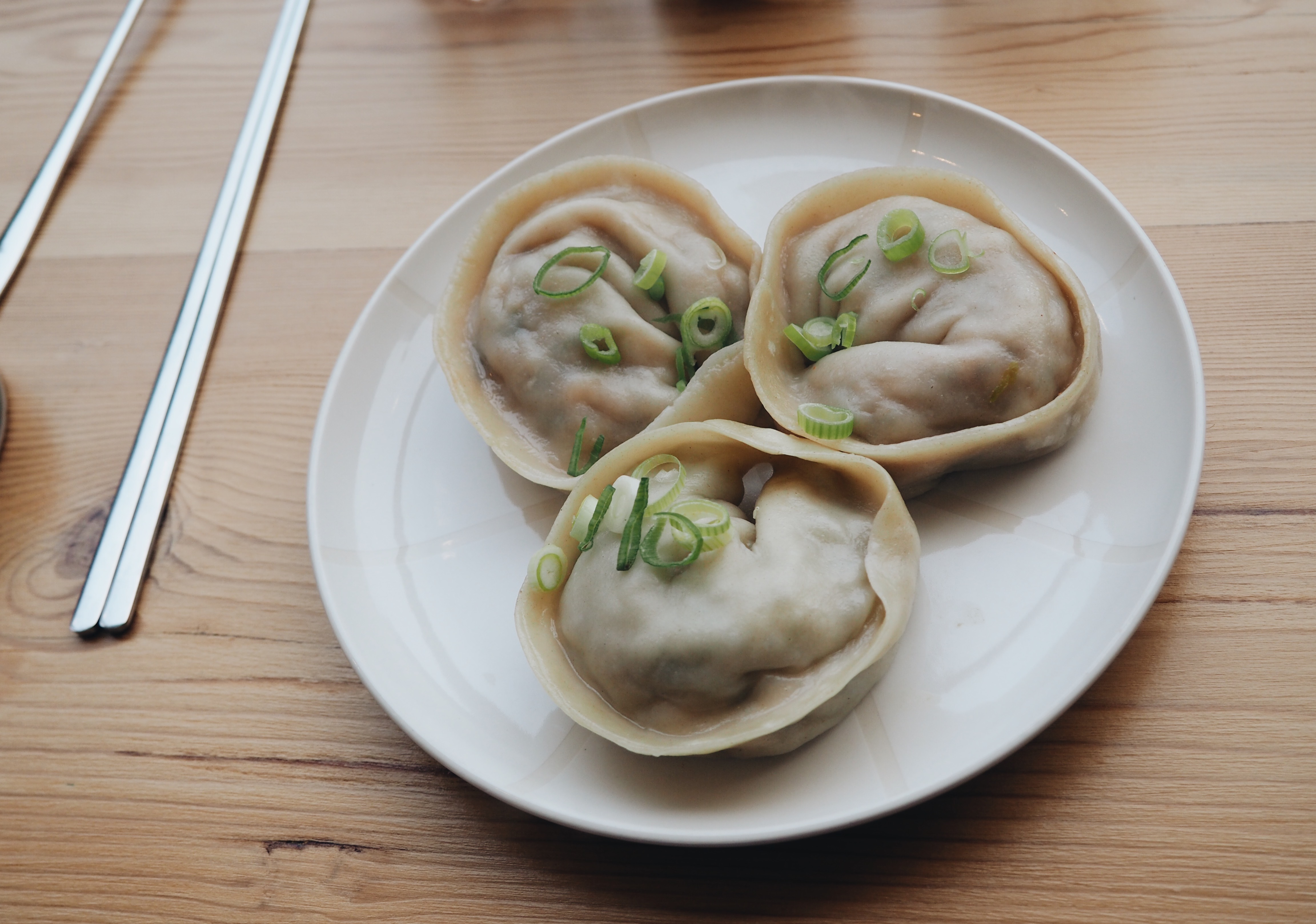 Bokman began to fill up as the sun set over Kingsdown on Saturday evening – and a whole chorus of mmmms and aaaahs began as people tucked in to the Korean classics such as ramen (£9), mushroom bibimbap (£10) and another tongdak.

All of our food held a warming, tolerable amount of spice, but if you’re a real spice-head, there is some scotch bonnet hot sauce aged in oak barrels that is sure to cause a few sweats.

From hot to cold and Bokman’s soft serve ice cream (£4.50) made from Jersey milk in a retro Italian machine, is an absolute must. Enjoy with toppings such as Korean specialty honey butter chips, sweet red bean or affogato.

Bokman opened on the same day as another husband and wife restaurateur team, Tessa and Elliott Lidstone of Box-E, were awarded a prestigious Bib Gourmand award. When Michelin’s inspectors are next in Bristol, they need to take a steep walk up Ninetree Hill to Bokman, another small restaurant doing extraordinarily things.