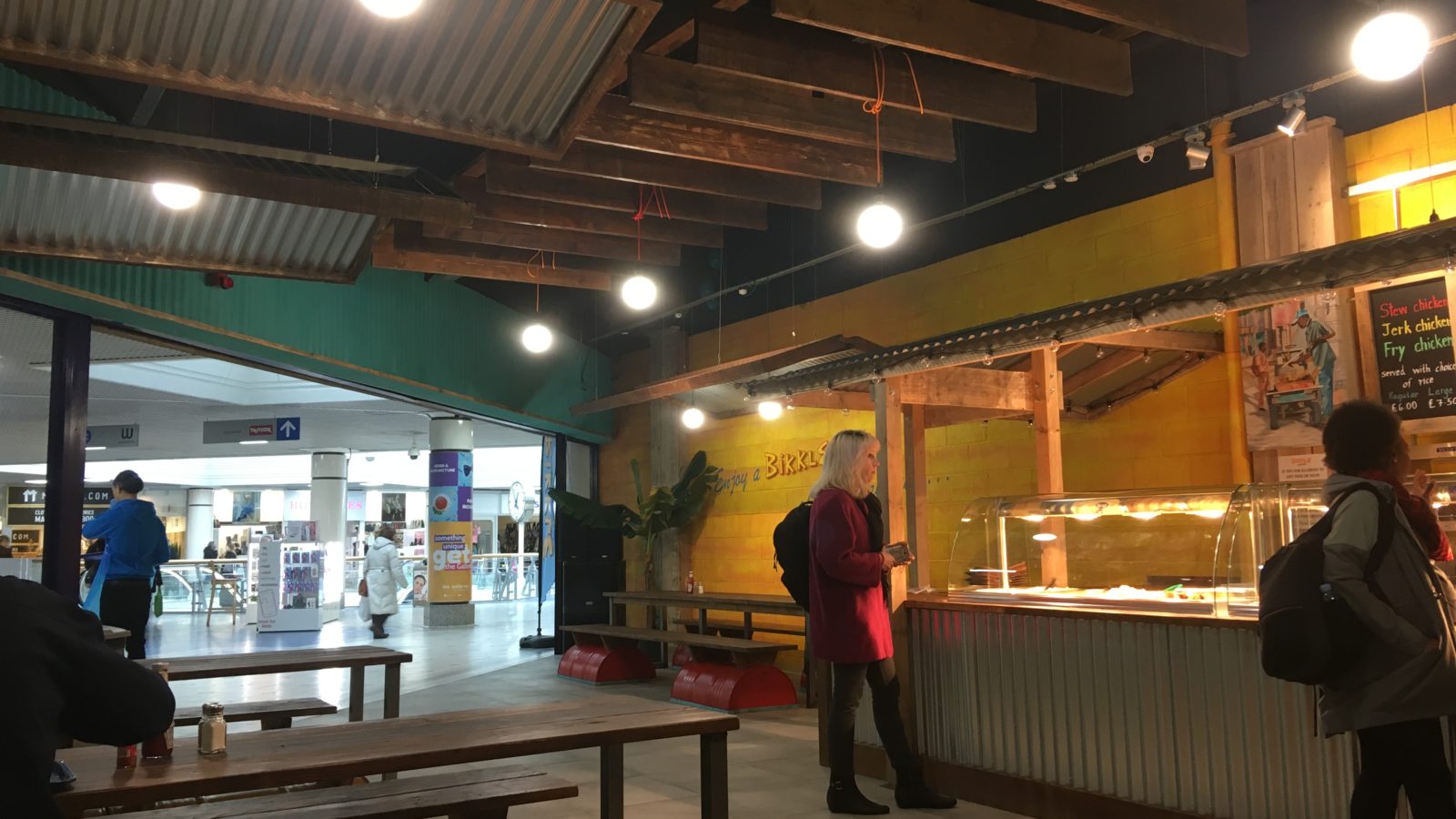 While areas of Bristol like Wapping Wharf and Chandos Road turn their noses up at big-name chains, the city centre remains their natural habitat.

Infiltrating this world is Bikkle Island, a Bristol-born Caribbean fast food joint that has just opened on the top floor of The Galleries, sandwiched between a Cornish Bakehouse and Greggs, and opposite the Post Office.

It’s a second store for the family team that set up their Stapleton Road restaurant in 2015 and who have big dreams: their aim is to establish Caribbean food as a go-to fast-food option, as ubiquitous as a Friday night curry, or the Chinese takeaway on every high street.

During a recent Monday lunchtime, Bikkle Island was doing a steady trade as The Galleries filled with office workers grabbing a bite to eat, families taking their young children into town for the day and older people doing their weekly shop.

Hot food steamed underneath the lights of the big takeaway counters, displaying two types of rice (plain or rice and peas), vegetables and fried plantain, plus several deep trays of meat, including jerk chicken, curried goat and oxtail. 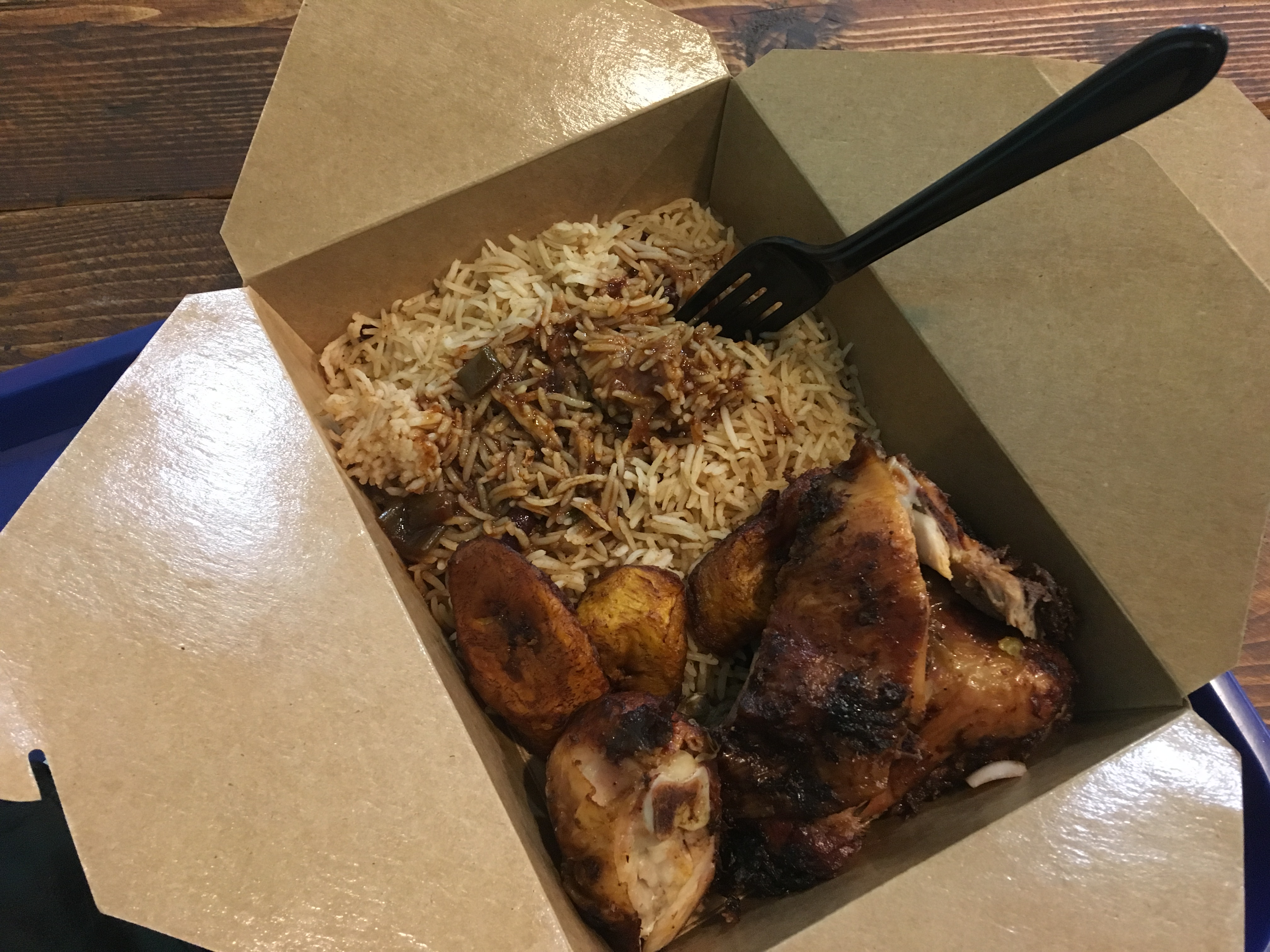 A regular portion of jerk chicken, rice and peas (£6) came served in a massive takeaway box, with a generous drizzle of gravy over the rice and some plantain (an extra 50p) tucked in under the meat.

There’s ample space in the new restaurant to eat in, at tables with long benches made from halved oil drums, and with corrugated iron hanging from the ceiling to evoke the feeling of a tin shack on a pristine beach.

The kidney beans were few and far between in the rice and peas, but it was tasty nonetheless. The skin of the jerk chicken was crispy and spicy enough to make my lips tingle, but the flesh was dry from sitting under hot lights for a while – the volume of footfall not enough to keep the food turning over just yet.

The plantain was cut in big chunky mouthfuls, and the sweetness sat nicely alongside the heat of the chicken, which was hot and tasty, falling off the bone just like it should.

With reggae on in the background and plenty of shoppers enticed in with a free sample at the door – including  two women looking for a vegan option, who quickly turned on their heel – it was certainly a tastier option than many of Bristol’s other fast food joints for a quick lunch on-the-go, but maybe not quite how mama used to make.

Often the next big thing is stumbled upon rather than engineered, and it feels like a while yet before the formula is perfected and emulated in every town centre. 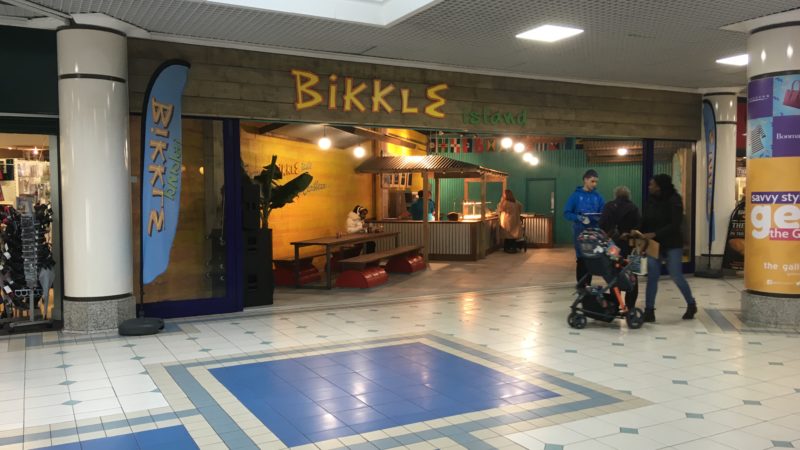