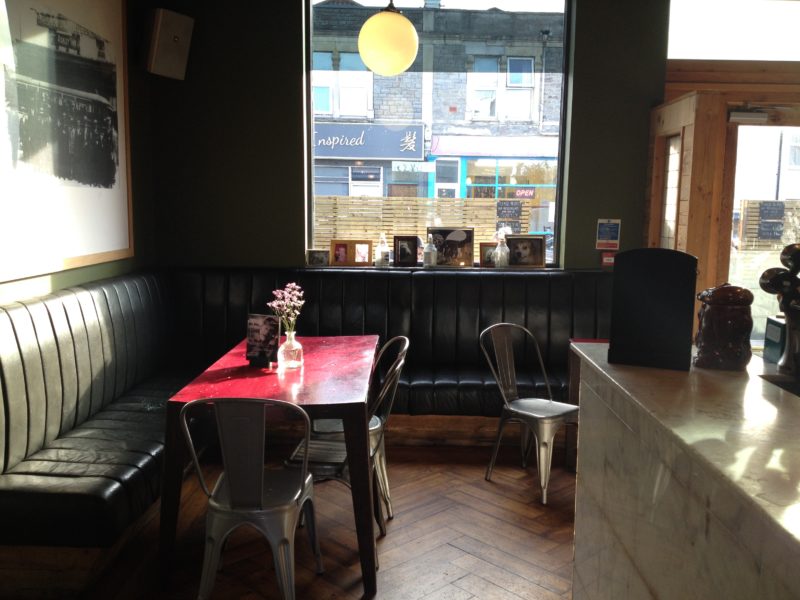 Ashley Down Road might not be your first thought for a good night out, but near its top junction with Gloucester Road sits The Lazy Dog – a friendly local that should be high up on anyone’s list for a sunny pint with friends or a bite to eat of an evening.

From the outside, it’s modern and modest, with tasteful wooden panels that screen front-side bench drinkers from the traffic. It immediately scored points in my book for a rack of bicycle parking down the side of the building – what better way to set yourself up for an evening of drinking than by getting to blood flowing with a lurch up one of Bristol’s most brutal hills? – although the number of vintage and fixed-gear bikes gave the game away. This place was going to be trendy. 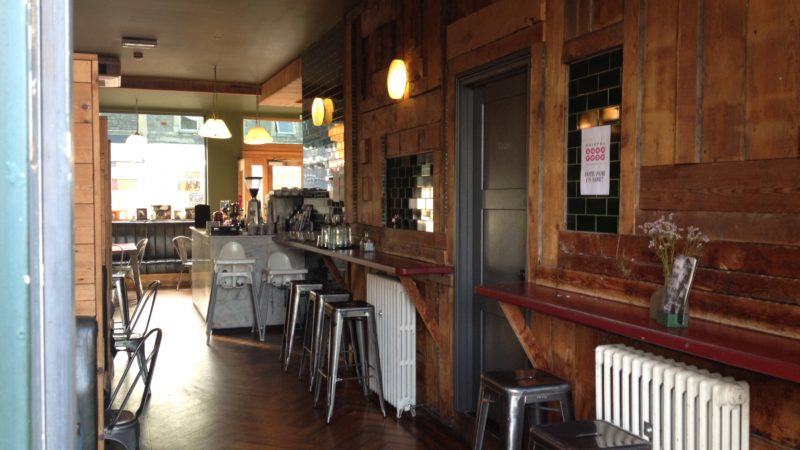 Inside, the bar was light and airy, with a few tables occupied with newspaper-reading older chaps, basking in the late afternoon sun that streamed through the front windows. The marble-topped bar was cool, and the selection of drinks was good – three types of cider across the hand-pulls and taps, two pale ales and plenty of lager. A pint of Amstel set me back £3.90.

On the menu, chalked up on a blackboard that spanned almost an entire wall, were small plates, including salt cod croquettes (£7.50) and a home-cured salmon salad (£8), while mains started from £9.50 for spaghetti and rose to £17 for a rib-eye steak, via some impressive burger options (from £10.50).

Hungry after the uphill slog, I ordered a bowl of fries (£2.50) and was given a kitsch ceramic dog as a table-marker: a subtle hint to the name of the pub. The open door at the back was inviting, so I headed out into the unexpectedly-spacious garden, past a hodgepodge of chic metal bar stools and a wall decorated with offcuts of reclaimed timber flooring. 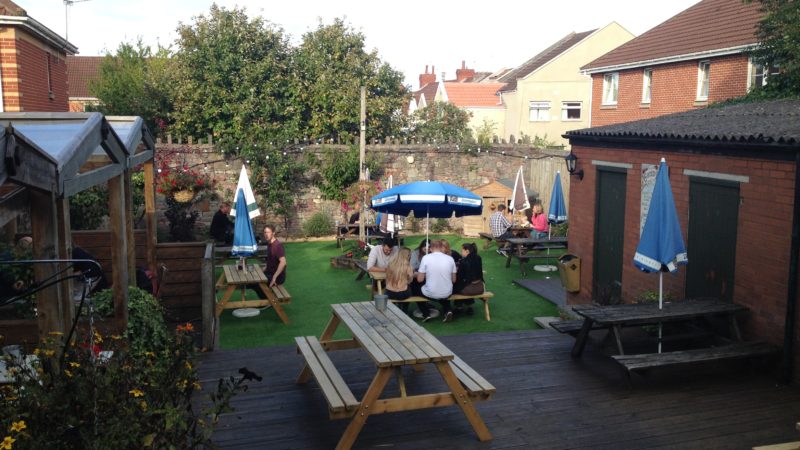 Despite being in shadow, the garden was delightful, with a decked area scattered with benches and even some sturdy, covered weather-proof booths. The lower section of the garden was flanked with fruit trees growing along the high walls, including a pear tree absolutely groaning with ripening fruit.

Kids played in the wooden Wendy house while young couples and small groups of friends chatted on the benches and sipped their pints in quiet respite from the road noise at the front. A very happy spaniel sniffed around the astro-turf grass and wagged his tail – as did I when the fries arrived after no time at all.

They turned up in a deep iron pan that looked like a rogue escapee from the Victorian era, but that hipster indiscretion was soon forgiven as the skin-on fries were everything they should have been: hot, crisp, generously covered with flakes of salt, and in a quantity sufficient for two hungry cyclists.

On the way out (having nearly dropped the ridiculous iron pan on the way – it was heavy enough to need two hands to carry it), a picture of a bulldog playing with a soft toy, and another of a dog with a passing resemblance to the doge meme caught my eye: the windowsill offered a curated selection of framed canine portraits. The dog that gives his name to this pub might be lazy, but his owner definitely has a sense of humour. 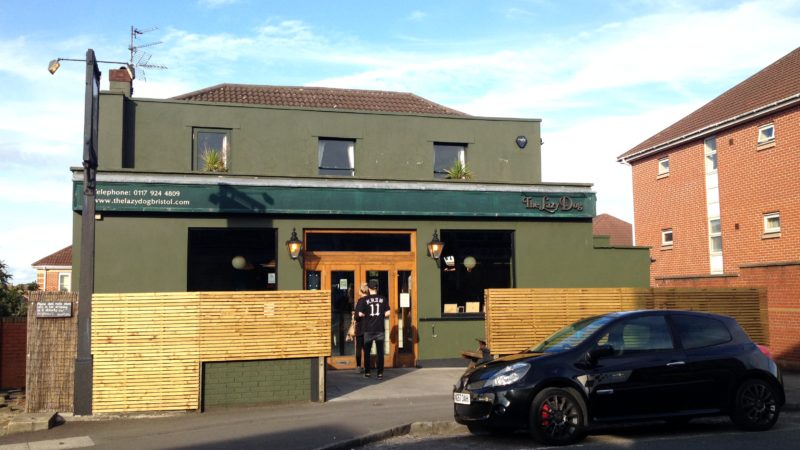