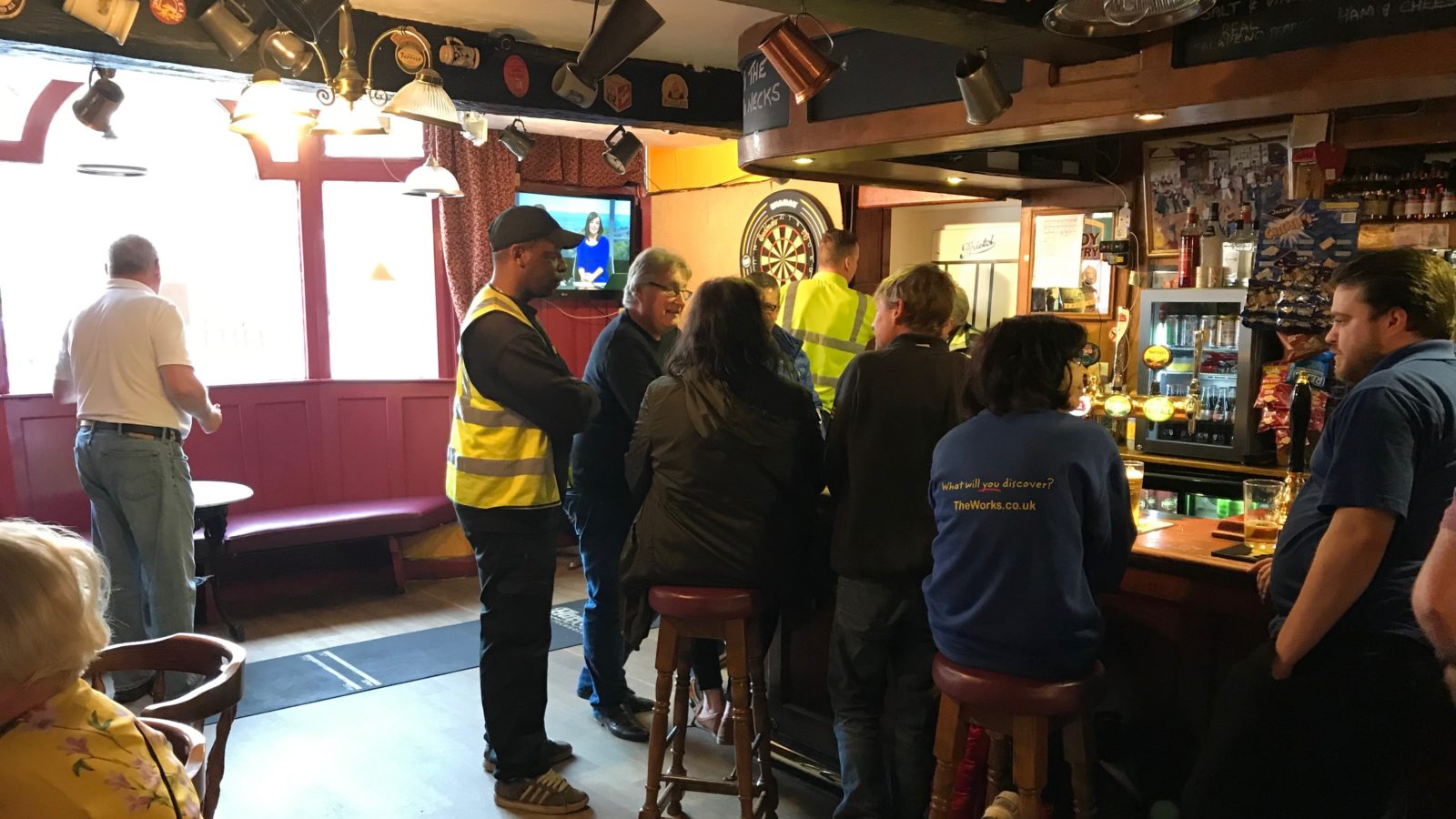 “What you ‘avin?” a bearded 20-something in paint-splattered overalls asked his mate on a recent Wednesday evening at the Swan With Two Necks.

Thatchers Gold was his drink of choice, from a cider selection which also includes Natch and Blackthorn on tap, with Bass (at £2.70 a pint) served straight from a barrel behind the bar.

In the small one-room pub, regulars stick to their places propping up the bar. Regular events here include quizzes, karaoke nights and a barbecue.

Pewter tankards hang on the ceiling in this pub that was once in the middle of a residential neighbourhood but now sees its pebbledashing surrounded by new-built flats as well as various light industrial units.

This evening, a fiercely competitive game of darts was taking place in one corner next to a television showing the ITV local news reporting on a bright future for Clifton Rocks Railway.

Soon after 7pm, a dog wandered into the pub as if from nowhere, surprising a man in a chequered shirt reading about nearby Old Market in a trendy new magazine called Circus.

They may be just a few hundred yards away from the Swan With Two Necks, but Pretty Wild (with its “ravishing seasonal colour palette”) and West Street Kitchen (with “ridiculously tasty wild garlic focaccia”) feel like they belong to a different universe.

As the decibel levels rose with more punters arriving, Rolling Stones songs could still just about be heard coming from a speaker on the floor next to a fruit machine and underneath a Thunderbirds game which looks like it should belong in the M Shed.

In another corner, a pair of white-haired friends were content just to watch proceedings, a few locals occasionally walking over to the duo for a chat as they nursed their drinks, poured straight from cans of Natch. 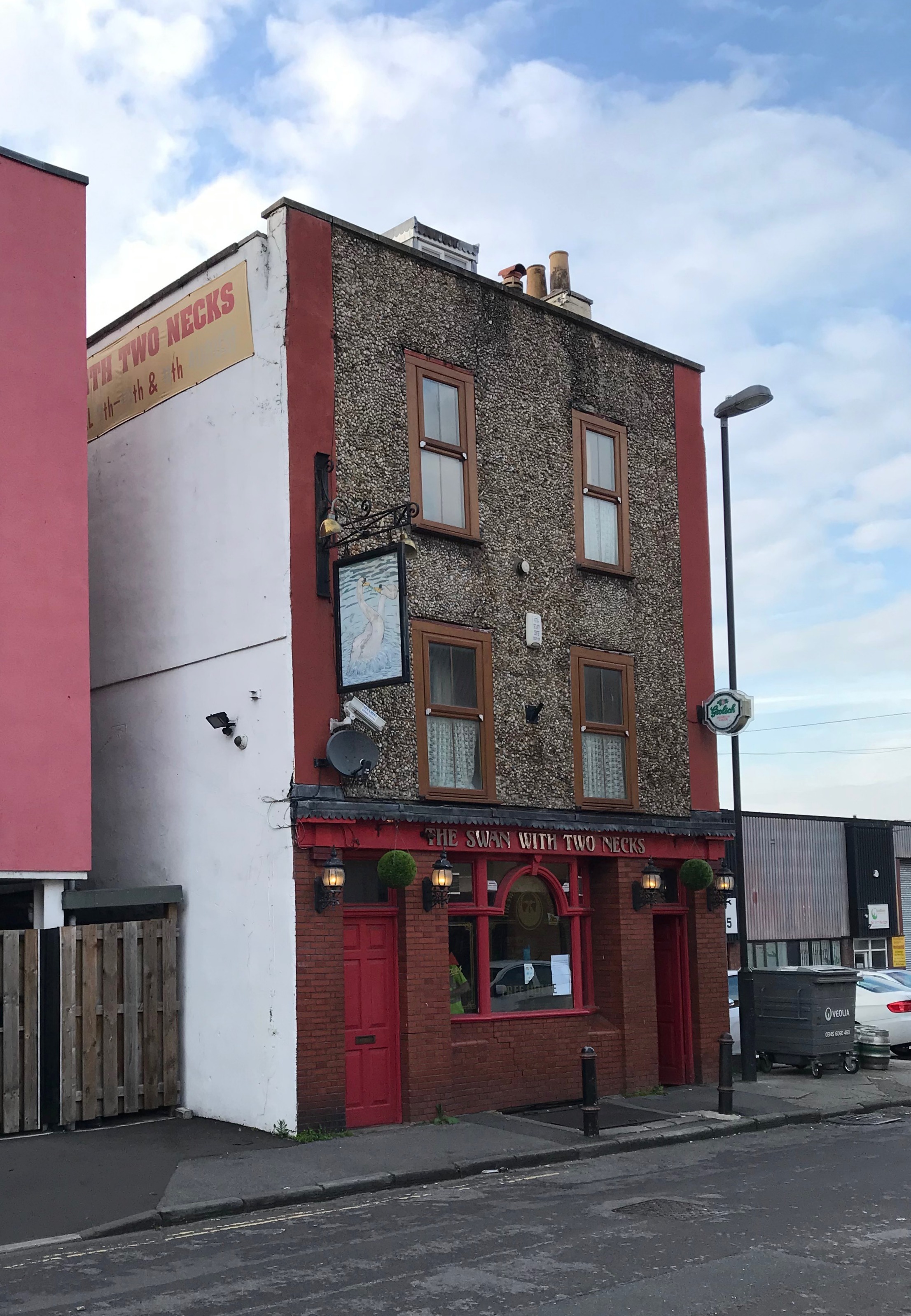