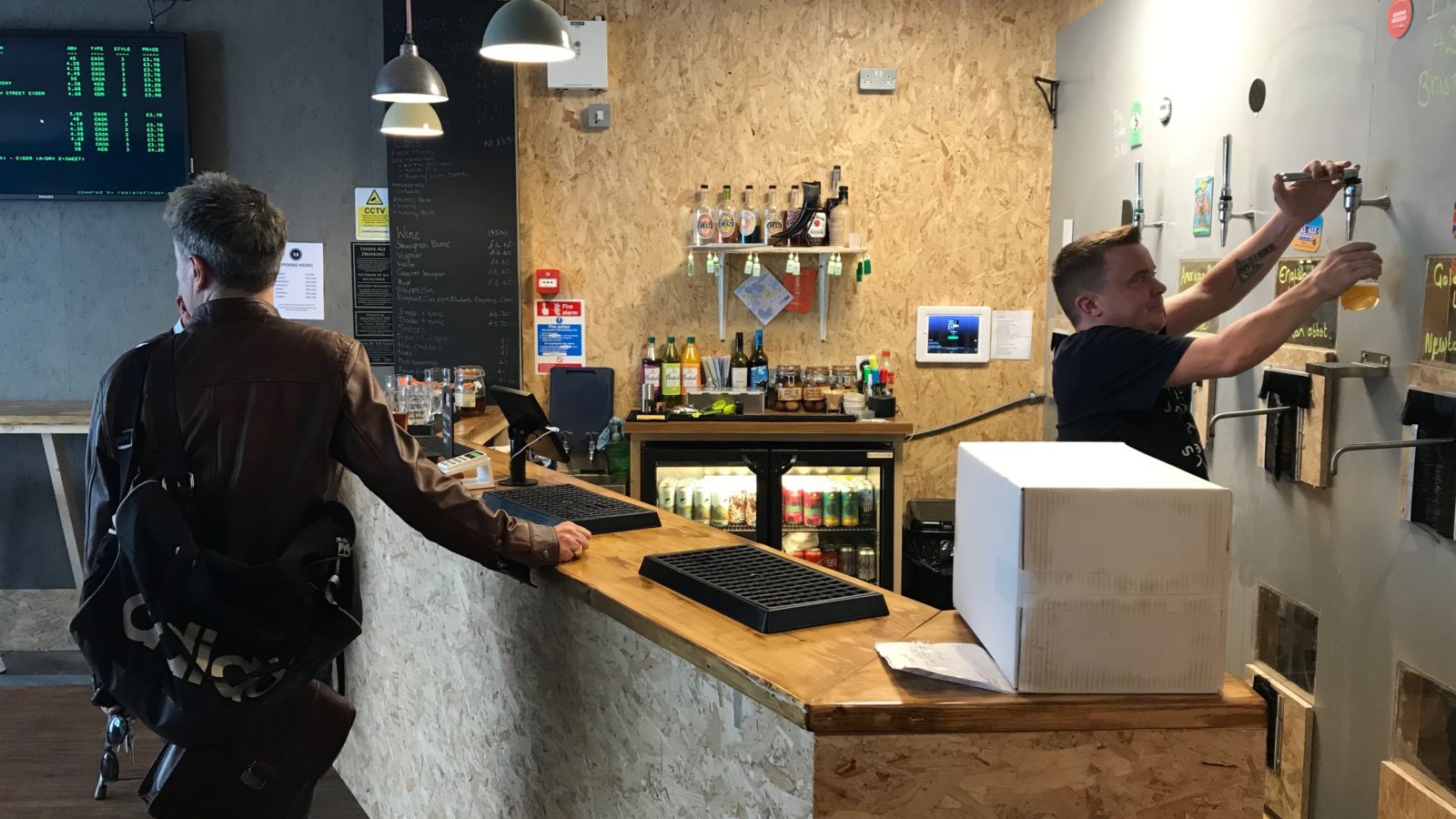 The only other spreadsheet I have found that is as interesting as the one displayed on the wall of the Lyons Den in Kingswood is one compiled by a group of friends known as the Curry Crusaders, who rank every curry house they visit over the course of 12 months by various criteria and hand an award to the highest scoring restaurant at the end of the year.

In the Lyons Den, a screen that looks as if it could be from a Commodore 64 from the early 1980s – with green words and numbers on a black background – displays the ales and ciders available on tap.

Alongside their name, there are columns for ABV, type (cask, keg or cider), style (one to five for the ales from very pale to dark; and A to E for the ciders from dry to sweet) and price.

The spreadsheet also has drinks coming soon, which include cask ales from Cocksure and Flying Monk, and Firebrand Graffiti IPA on keg. 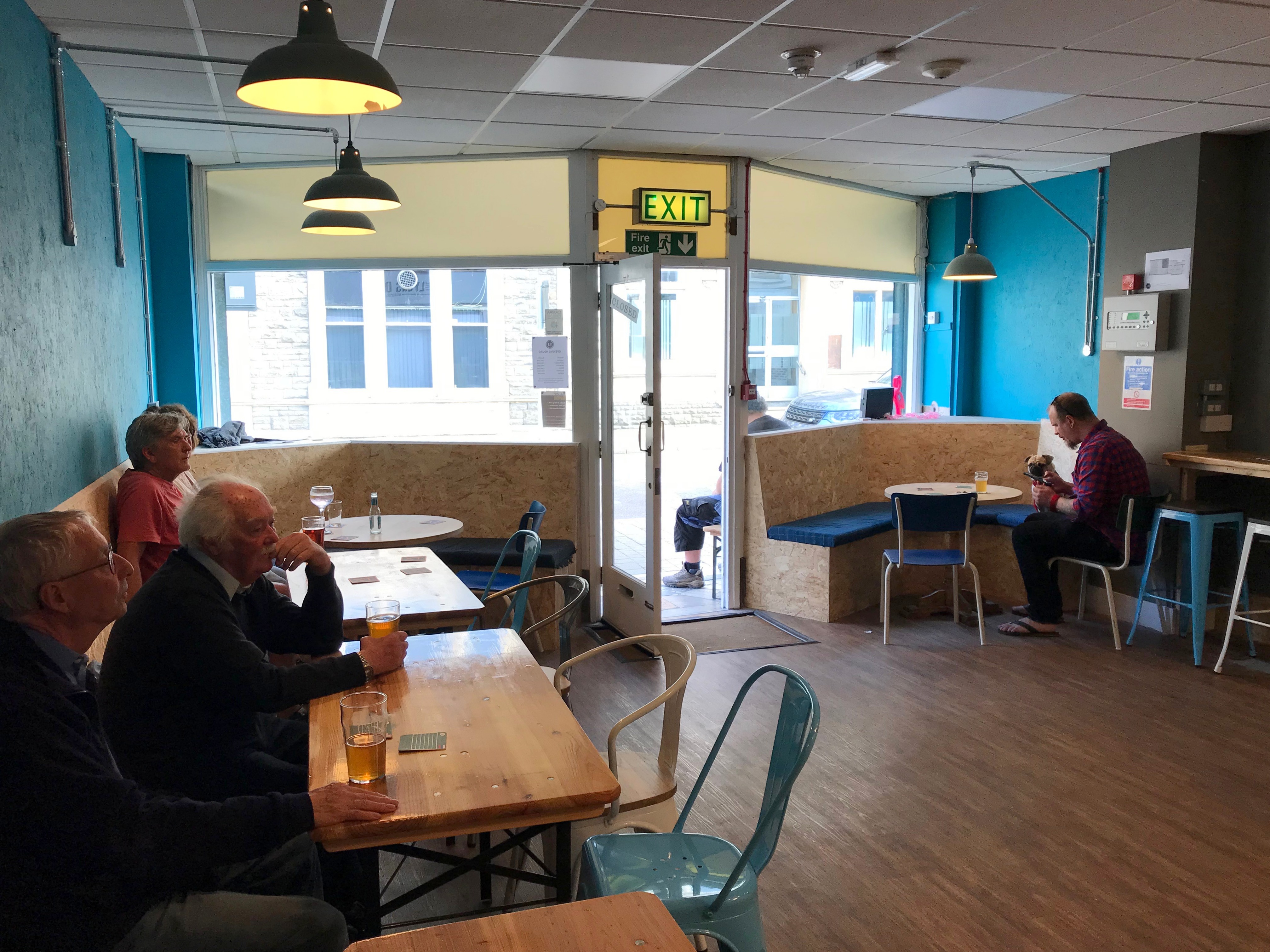 The Lyons Den used to be a pet shop

The Lyons Den is a micropub that has been opened by Sam Powell, joining a growing movement that includes the Drapers Arms on Gloucester Road, Chums on Chandos Road in Redland and Snuffy Jack’s in Fishponds.

In a former pet shop and most recently charity shop on Regent Street, the pub has seating for around 30 people as well as a few stools outside in a V-shaped divet that means drinkers don’t encroach onto the pavement.

Inside, as Dire Straits and The Who played from a Spotify playlist and a few punters digested the previous evening’s Rod Stewart gig at Ashton Gate (“I was quite disappointed at the end as he just left”), the screen with the spreadsheet is the only decoration.

Banquettes, the bar itself and a few of the walls are made out of chipboard, with pump clips attached to the wall behind the bar, and the style, ABV and location of the brewery (one bit of information not contained on the spreadsheet) written in pen.

“How much do you buy your onions for?” an older gentleman sat on a stool asked the barman.

“I would sell them with a warning, mate,” one man who had just sampled a pickled onion in question warned.

When another customer asked for a lager rather than an ale, he is pointed in the direction of a can of Keller Pills from St Anne’s brewery Lost & Grounded in the fridge.

Ignoring the spreadsheet completely, one new white-haired customer asked for a bitter, the Teignworthy Reel Ale, and a cider for his wife – a quite dry North Street Cider from Bristol Beer Factory: a ‘B’ on the best spreadsheet seen outside Bristol’s finest curry houses. 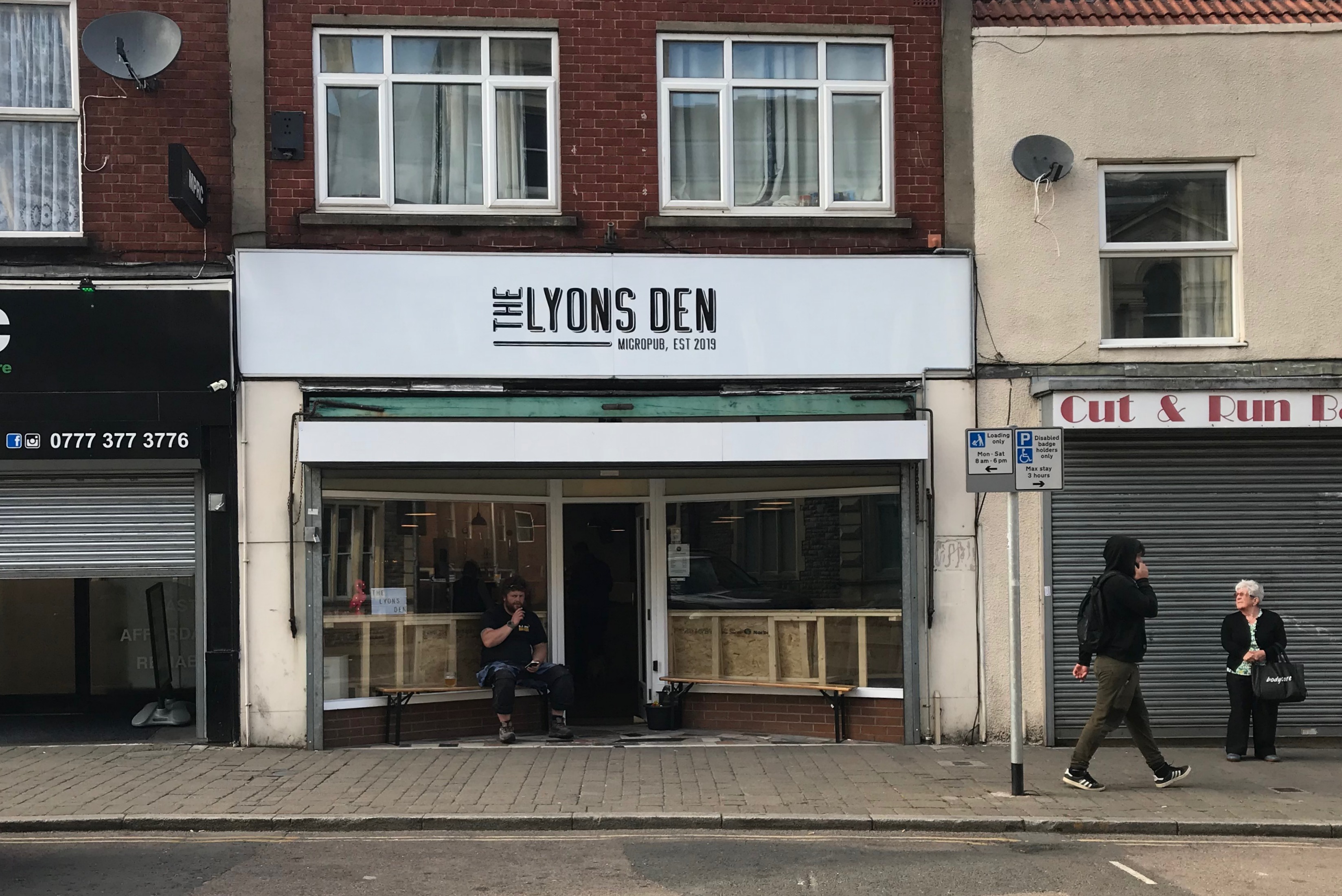 Read more: Pub of the Week: The Wooden Walls