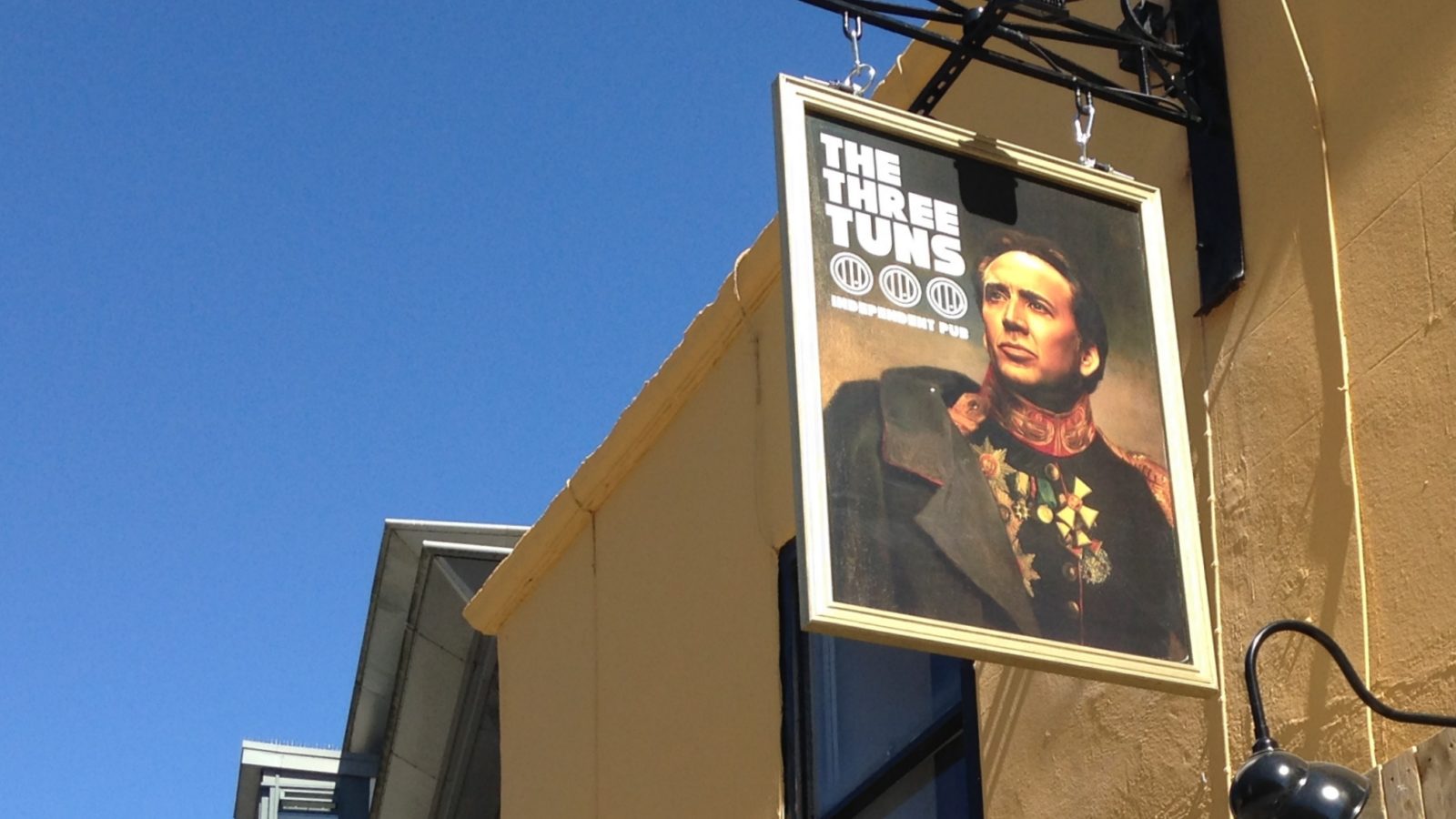 A Hollywood legend has been immortalised by a Bristol pub in their new sign.

For many years, a cardboard cut-out of Nicolas Cage has looked down on passers-by from a first-floor window of the Three Tuns pub on St George’s Road close to the Central Library.

Now they have gone one further and given the actor a sign all to himself – portraying the Oscar-winning star of Leaving Las Vegas, Con Air and Face-Off star as a Napoleonic-era general staring moodily into the middle distance towards Brandon Hill. 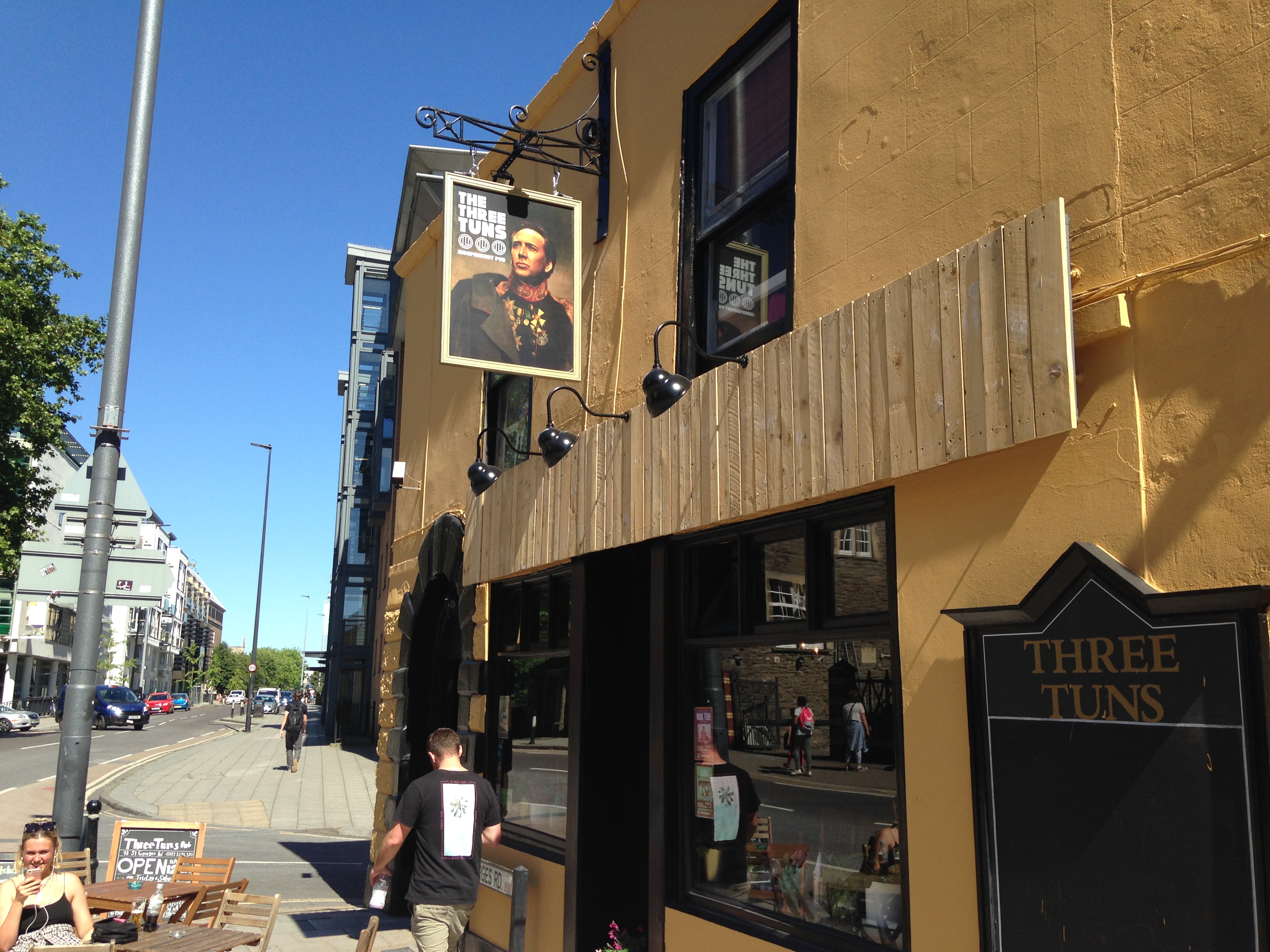 The Three Tuns is one of the oldest pubs in Bristol

Jenna Graves, who has been landlady at the Three Tuns since 2014, told Bristol24/7 that she has so far got a very positive reaction to the pub’s unusual new addition.

“When we begun the outside refurbishment, customers got worried what was going to going to happen to Nicolas,” Jenna said.

The historic pub’s love of the 54-year-old actor began with former landlord Simon Calcraft’s regular Sunday hangover cure of a takeaway and watching a couple of Nicolas Cage films.

Somehow this spread into the bar and continued to spread, with photos of Cage appearing on the walls and a cardboard cut-out given to another member of staff, Laurie Dix, as a birthday present.

Look closely around the Three Tuns, both inside and in the beer garden, and you might find a few more homages to the former Bath resident.

Ryan Tansley mid-refurbishment at the Tuns