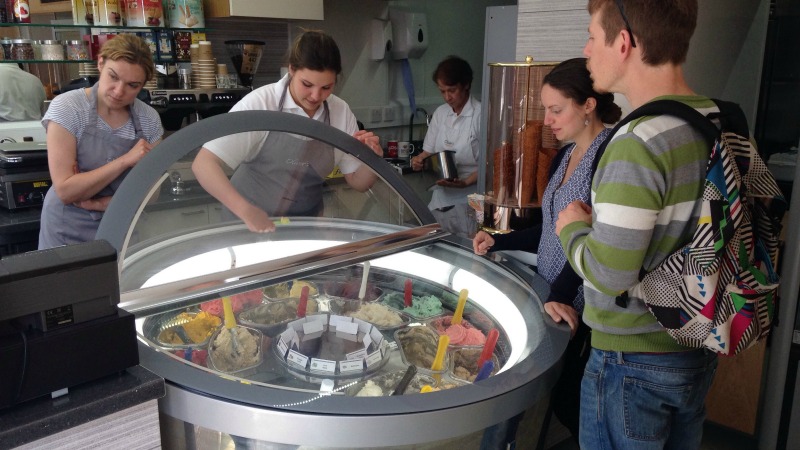 Salted caramel, ginger and honeycomb, and apple crumble were just a few of the favourite flavours on the opening weekend of Oliver’s Ice Cream in Cargo 2.

Bubblegum flavour was also turning one six-year-old girl’s tongue blue on Sunday morning, as in a small room glimpsed through a pane of glass, ice cream maker David was creating even more new concoctions.

All of the ice cream at Oliver’s is made fresh on the premises from as natural ingredients as possible using locally sourced West Country milk and cream, and even locally sourced cider in their Thatchers Gold sorbet.

With six people at a squeeze sitting on two colourful banquettes, space is at a premium inside these two converted shipping containers.

“I’m just looking for future reference,” said one man, making a note of the different flavours in the electronic spinning fridge like a dog looks at chicken on a rotating spit.

Served either in a waffle cone or a tub, one scoop here costs £2.50. There are also ‘thick shakes’ – two scoops blended with milk to make a milkshake – as well as affagato, waffles and crepes.

And then there is the intriguing ice cream spaghetti, described as like Play-Doh hair, just with ice cream. 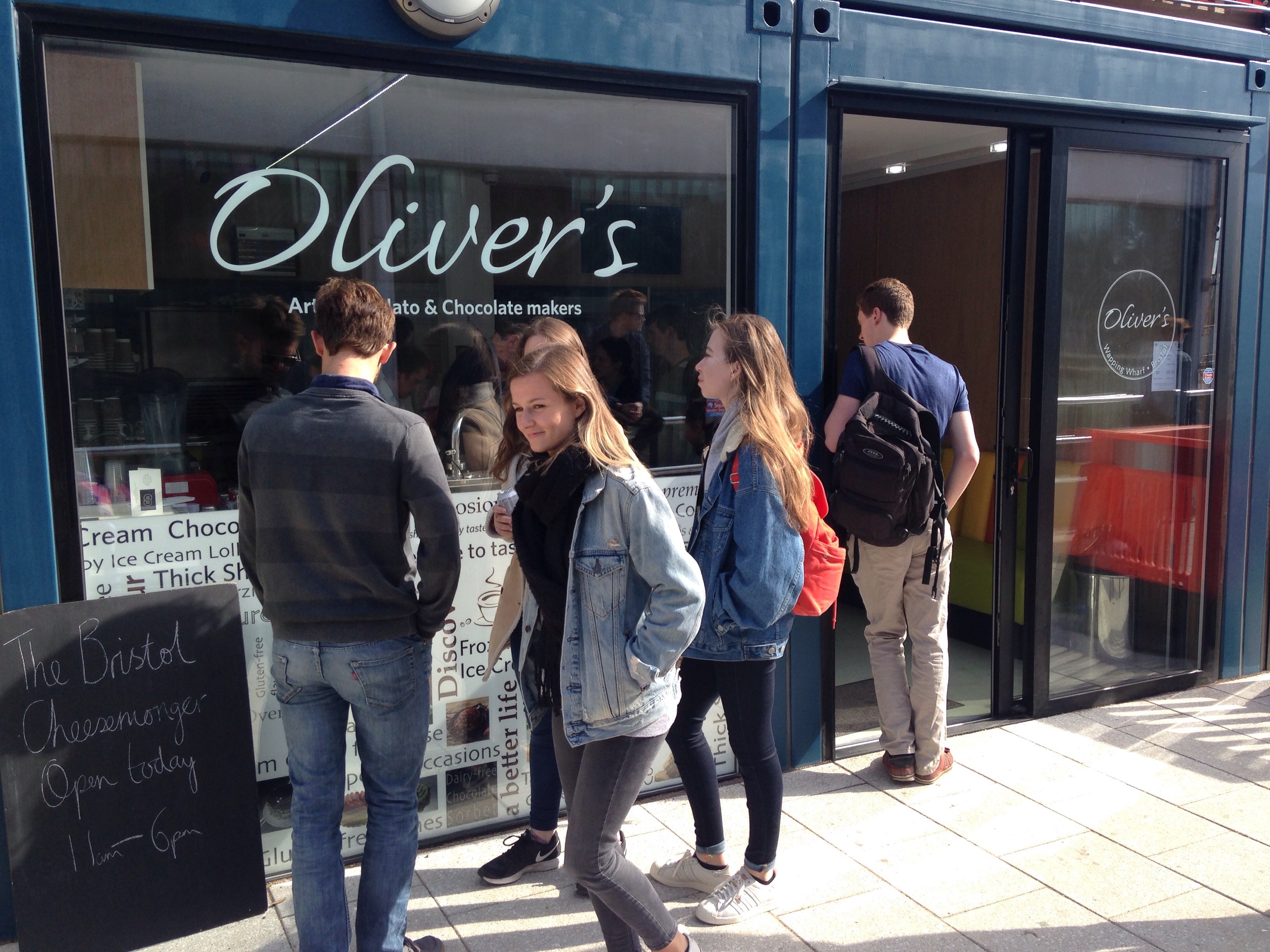 Read more: Get ready for Cargo 2