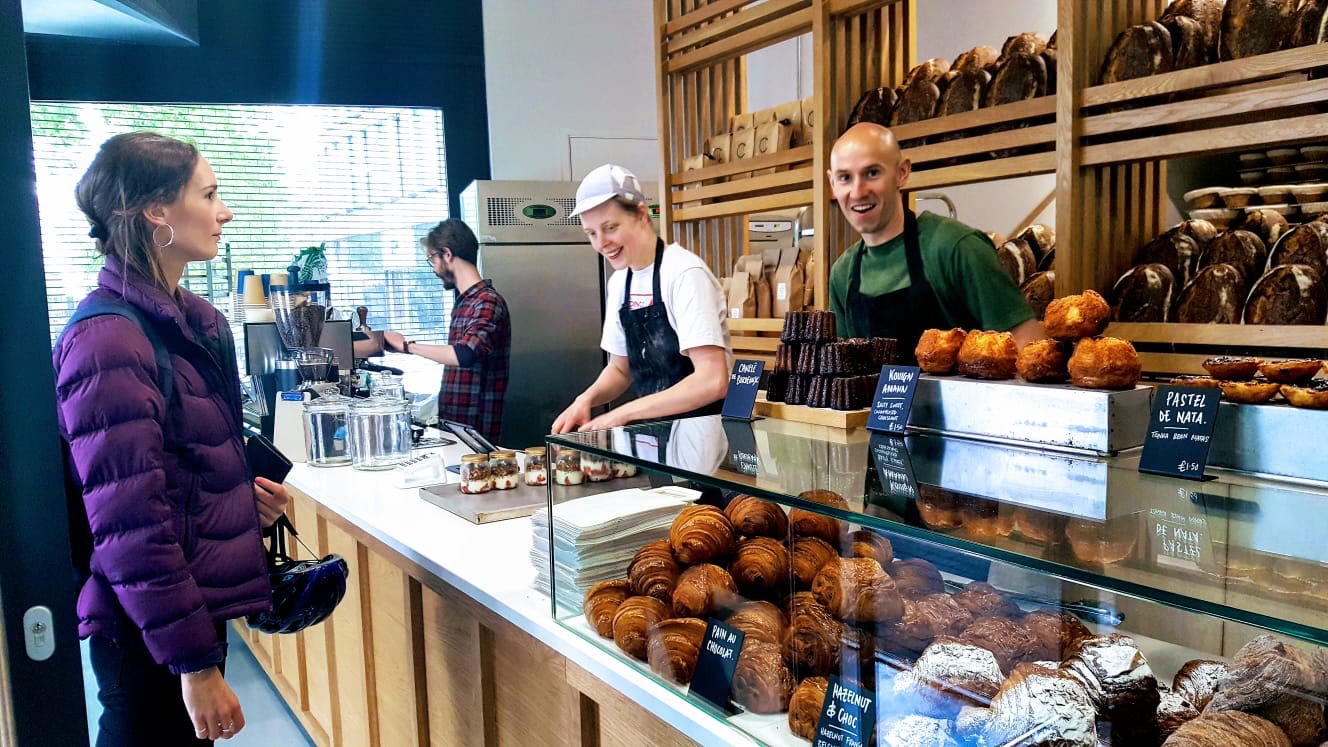 Officially with an address on Brunswick Square in St Paul’s, you can find Farro’s new headquarters opposite Fabric Land on Bond Street.

It’s important to know how to get to this new bakery – located in the former entrance lobby of an office building – as the team here are producing some of the best baked goods in Bristol, from brilliant bread to pastry perfection. 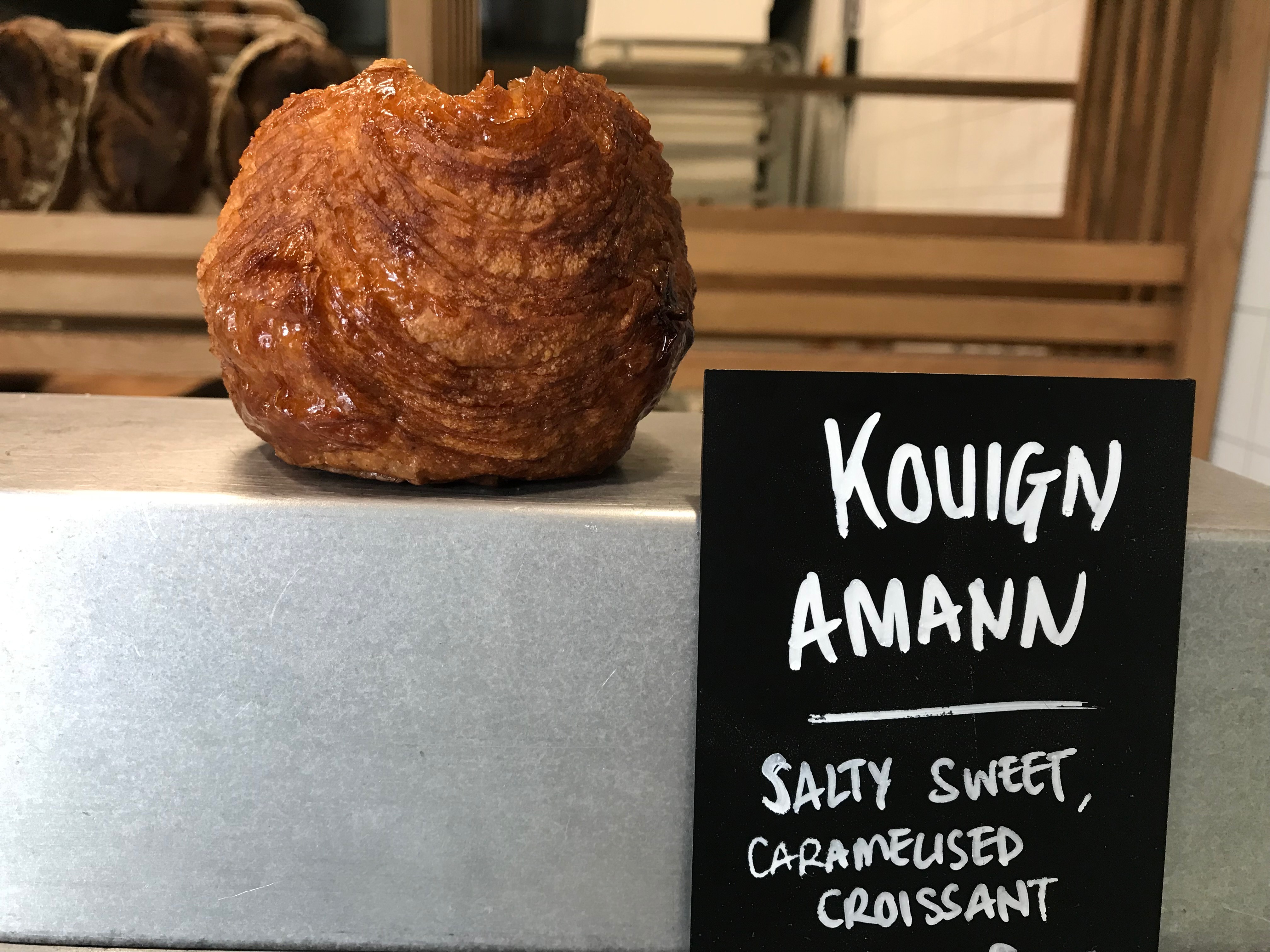 The last remaining kouign amann on the counter at Farro 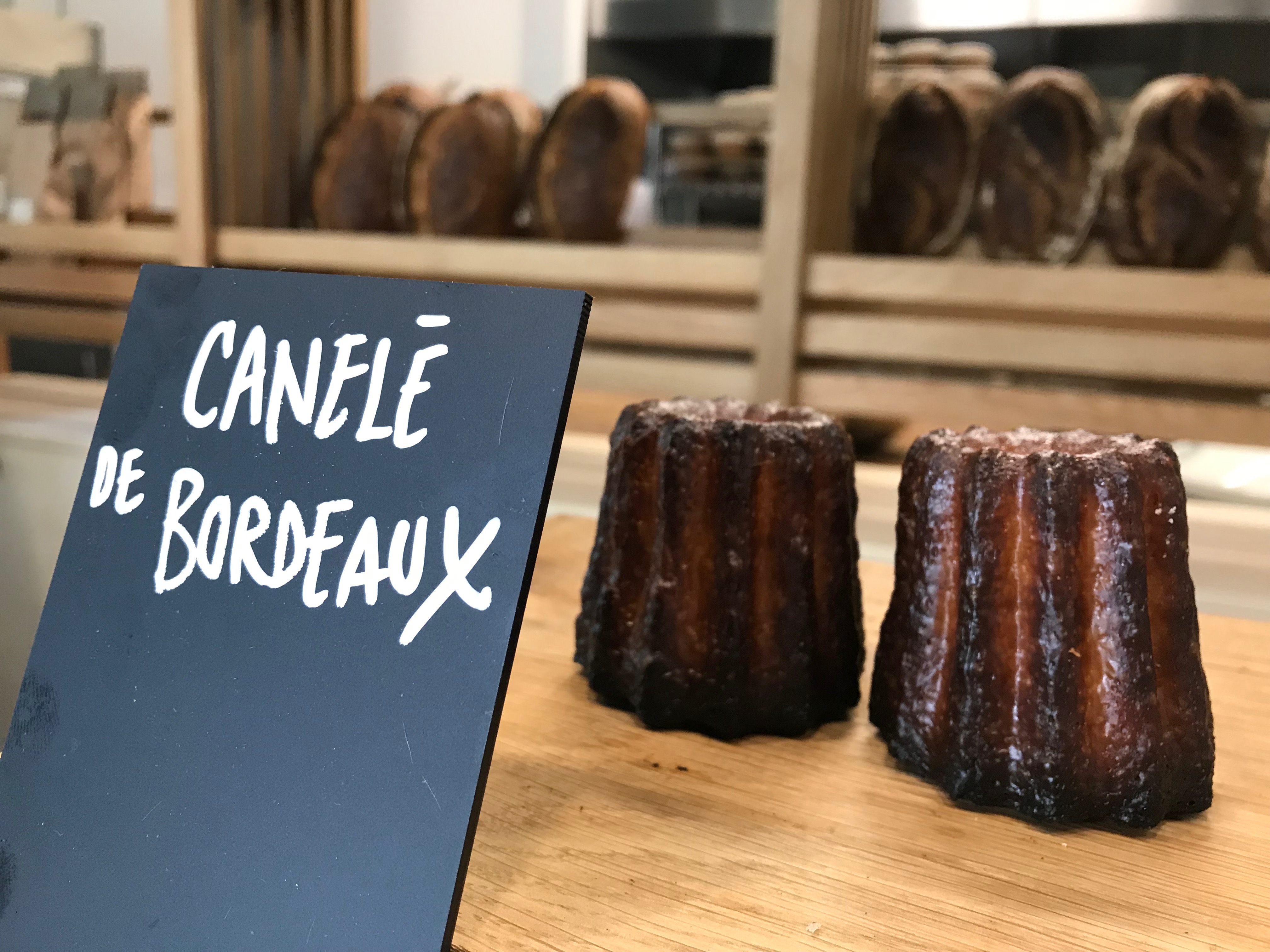 A canelé is a cork-shaped pastry from Bordeaux, which has a caramelised crust and soft middle

Perfection is something that Farro founder Bradley Tapp has striven for since working in various kitchens in Bristol as a pastry chef, working at an acclaimed bakery in Melbourne and travelling through California to meet some of the best bakers in the USA.

After stints in both Mark’s Bread on North Street and Hart’s Bakery at Temple Meads, Bradley began Farro out of his home kitchen, using his front room to prove loaves. He later made the move to an industrial estate in Fishponds before securing this new home in St Paul’s.

“It felt like a long slog, but now people can come in, know that we are, and have a coffee as well,” Bradley told Bristol24/7.

Jack Hudspith (formerly of Small Street Espresso and West Street Kitchen) is employed as head of coffee at Farro, sourcing beans from Triple Co. Roast in nearby Stokes Croft.

Bradley’s baking partner is Fiona McKall, formerly of Hart’s. Their day starts at midnight on Saturday to prepare goods for the market on Blackboy Hill. 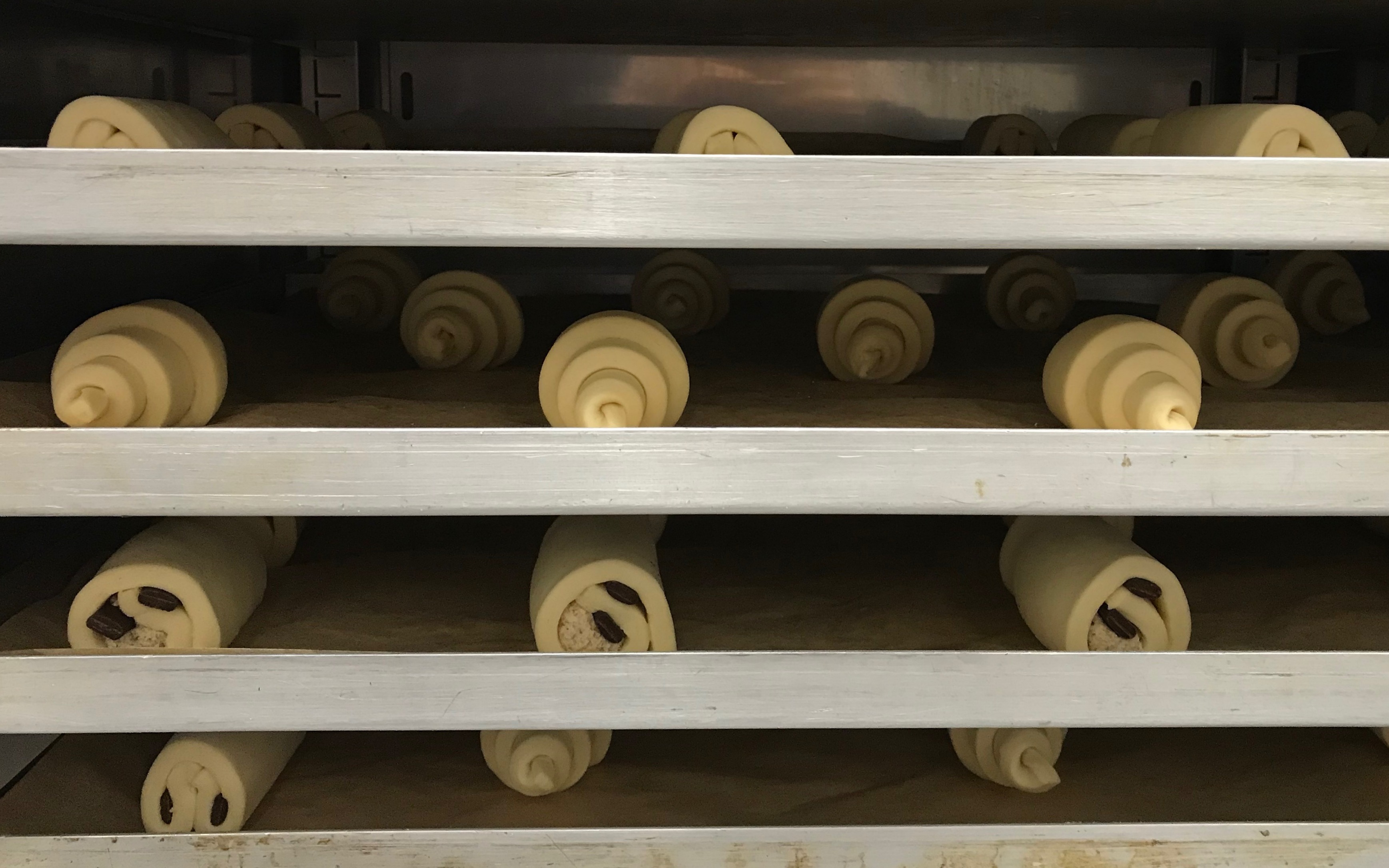 Midway through the pastry-making process

Originally from Carmarthen, 34-year-old Bradley lives in Easton with his partner Alice, a drama teacher and their two-year-old son, Jago.

On the counter at Farro when visiting on a recent Wednesday afternoon during the soft opening period were familiar goods to anybody who has visited their market stall: pastels de nata, croissants, pains au chocolat, hazelnut pains au chocolat, spiced buns, canelés and kouign-amanns.

There are also sandwiches made with semolina slab bread and pots of granola, with empty glass jars next to Jack’s La Marzocco coffee machine soon to be filled with biscuits.

The loaves of bread are on display in a wooden rack built by carpenter Liam Rush, whose previous work can be seen in the likes of The Ethicurean, Jamaica Street Stores and the Crofters Rights. 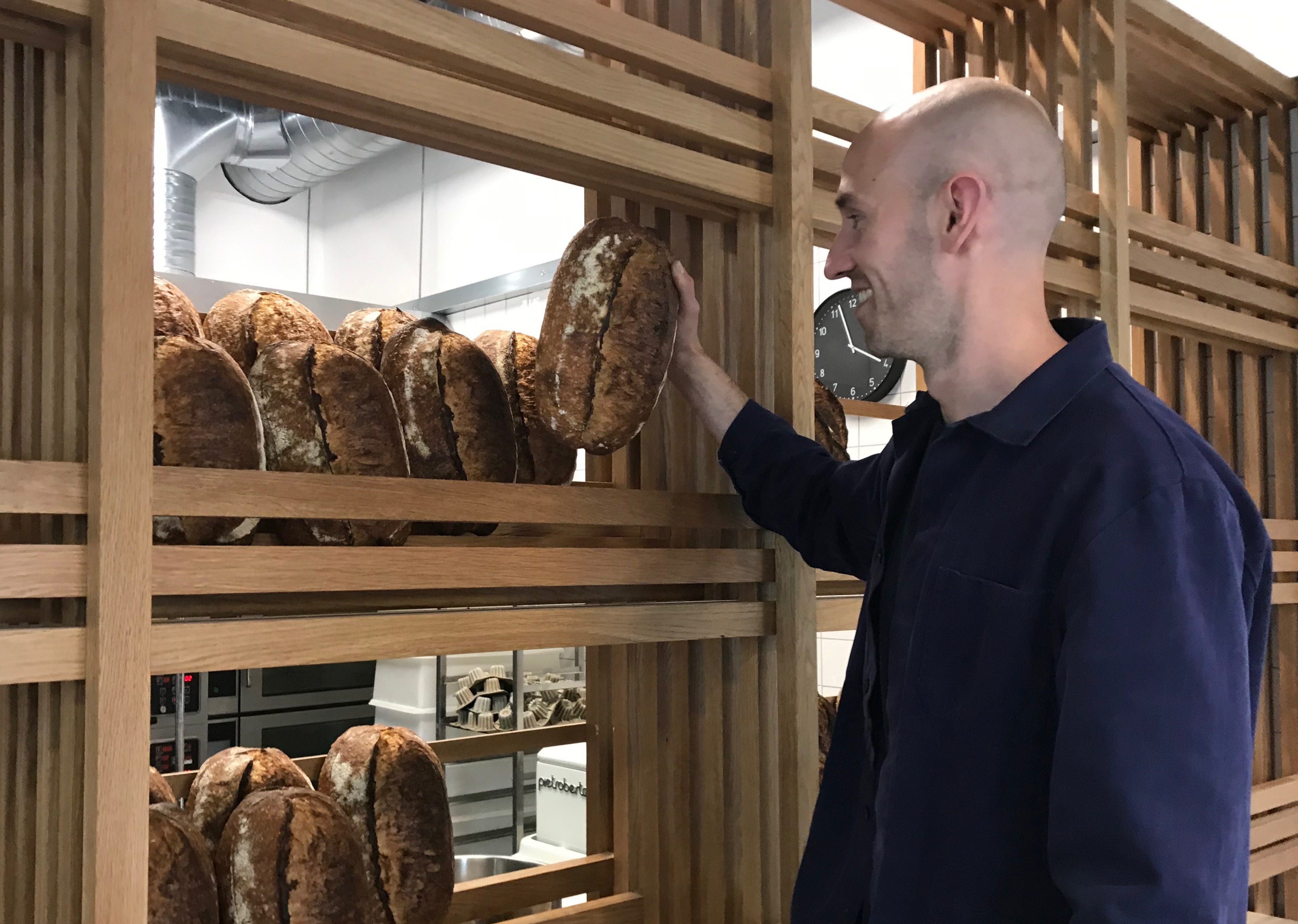 Farro is now open in St Paul’s from 8am to 4pm, Tuesday to Friday; as well as continuing at the markets on Whiteladies Road and at the Tobacco Factory.

“Our customers have helped build this business,” said Bradley. “Without them we would not be here. At the moment, I flit between feeling terrified and excited. We have an entrance! We have a counter!

“For ages, things have been about gearing up to just two days. We’re now definitely looking to do more adventurous pastries such as a sfogliatelle (an Italian shell-shaped pastry made with a rich ricotta and orange peel filling). I don’t even know how to make it at the moment. I just want to do it!”