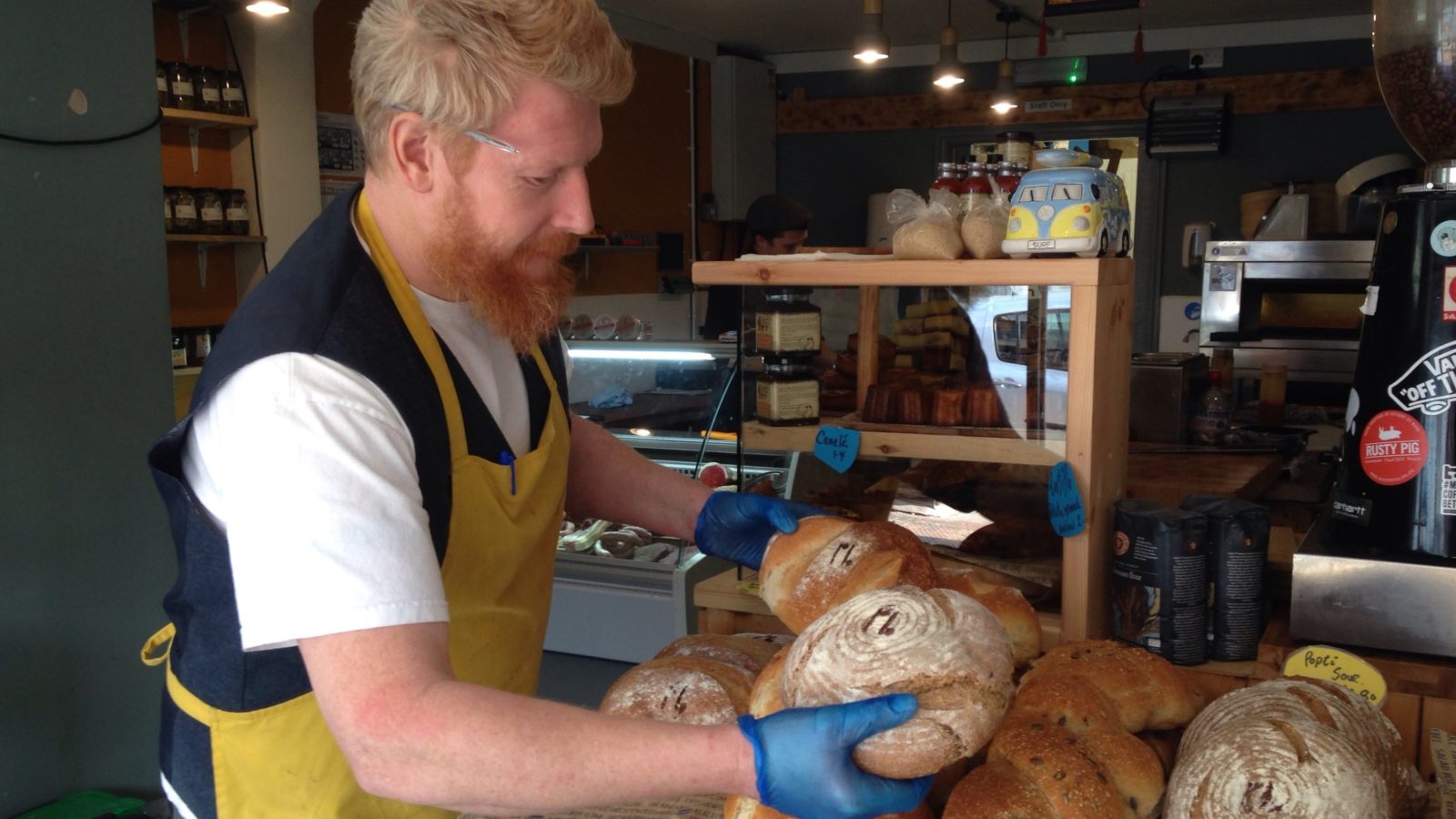 Leon Hughes says that he is still learning the art of being a baker. Judging by the delicate golden canelés on the counter at Popti & Beast, he has learned fast in the four months that this new business on Mina Road in St Werburgh’s has been open.

Popti & Beast is a unique concept for Bristol. On one side of the room is Leon’s bakery-cum-cafe, with a selection of loaves of bread including sourdough, rye and wholemeal; and other assorted baked goods from pasties to brownies.

Leon (pictured above) was one of the founders of Magic Roll and later worked as a lecturer at City of Bristol College.

“We are still a work in progress,” he admits, while serving St Werburgh’s own Extract coffee to couple of customers. “The community around here is great and the people around here are awesome.” 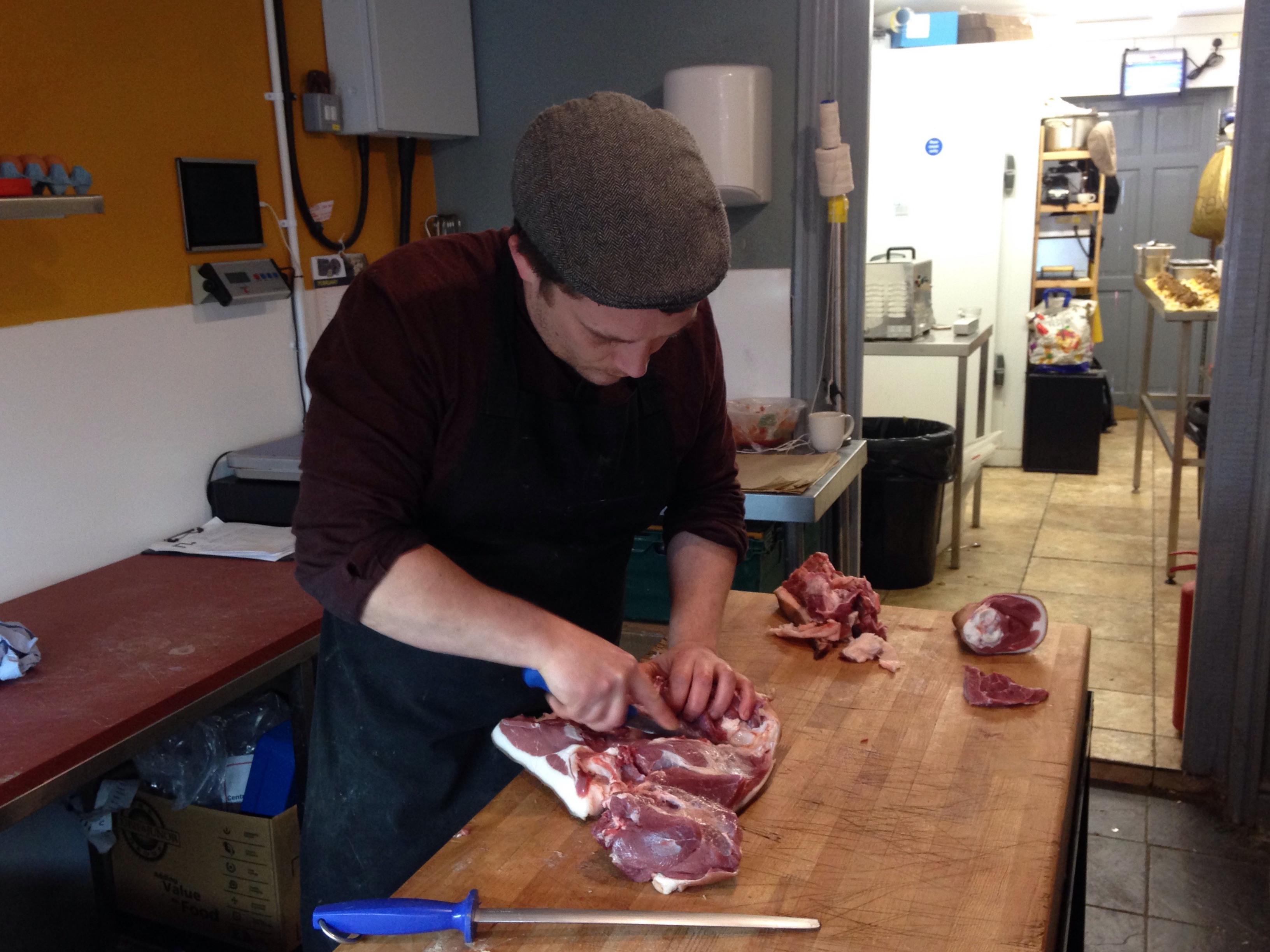 Butcher Tom Beswick is one half of Popti & Beast

On the other side of the room is Tom Beswick, a butcher selling solely organic meat. On Friday morning, he was cutting up a leg of pork in preparation for Sunday’s roast lunch.

Tom previously worked as a freelance butcher and also at Indie’s further down Mina Road before setting up Popti & Beast with Leon (his side of the business is officially called Tasty Beast).

“People here in St Werburgh’s care about what they eat,” says Tom. “You could say it’s a crazy idea opening a butchers with there being so many vegetarians and vegans around here, but everything we sell is ethical with most of the meat from less than half an hour away.

Leon and Tom’s two businesses under one roof makes commercial sense and as more customers walk in through the doors of Popti & Beast as lunchtime approaches, the people of St Werburgh’s evidently approve of this unique shop and cafe on their doorstep.