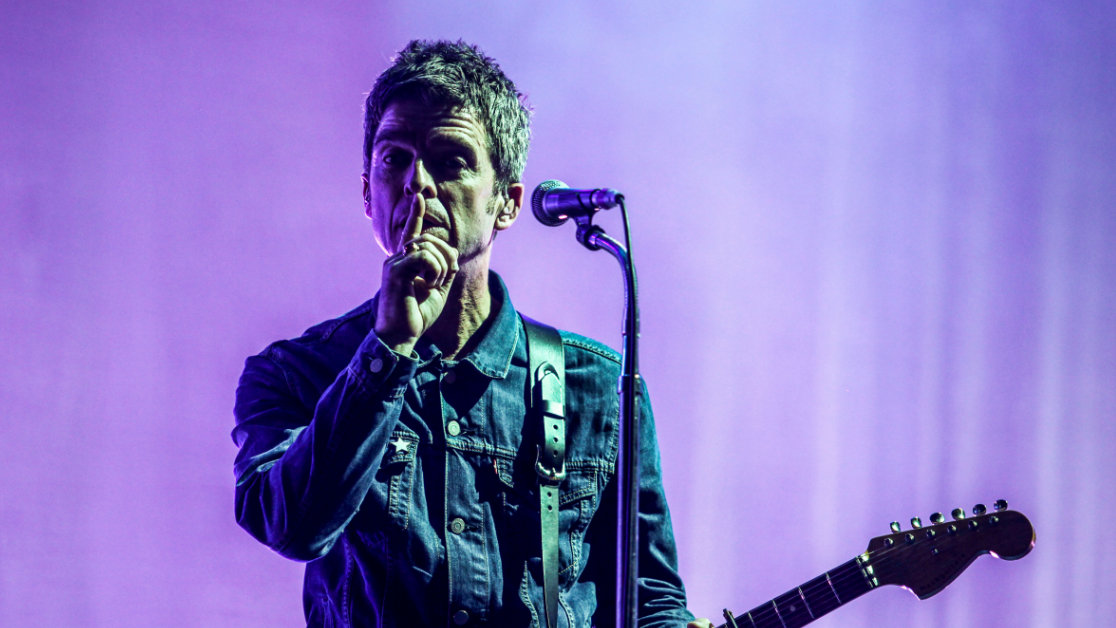 “We’re going to get the modfather out,” says Noel Gallagher towards the end of his headlining set at the Downs Festival. And lo, there appeared Paul Weller to perform a rousing rendition of Town Called Malice backed by Gallagher’s band the High Flying Birds, followed by a cover of All You Need is Love by the Beatles.

It was a special end to the third annual one-day festival which saw debates, discussions and comedy mixed with two main music stages and a brilliant kids area.

Soon after a discussion about Bristol’s homeless problem in the Information Area had concluded, it was time for Nadine Shah on the main stage backed by a lot of brass, with Out the Way featuring crashing guitars and righteous anger. 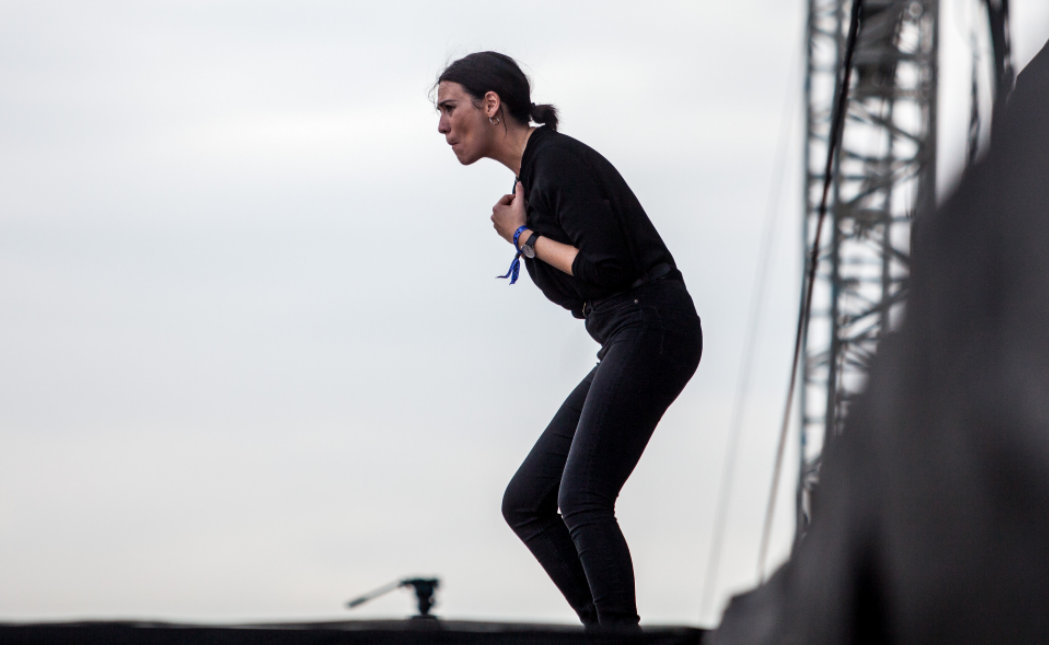 Guitars then give way to the steel drums of Bristol Samba and their splendid dancers, before it was time for comedian Shappi Khorsandi.

“What do you want to take about?” she asks the gathered crowd as she beckons them closer to the small stage. “Put your phones down and lets enjoy the live experience,” – which turns out to be flitting from talking about scotch eggs to national constructs.

Over in the kids area, it was a festival within a festival, with bicycle-powered smoothies, a mini adventure playground, facepainting, more painting, giant Jenga and chess, ball runs, and Drag Queen Story Time jut some of what was on offer. 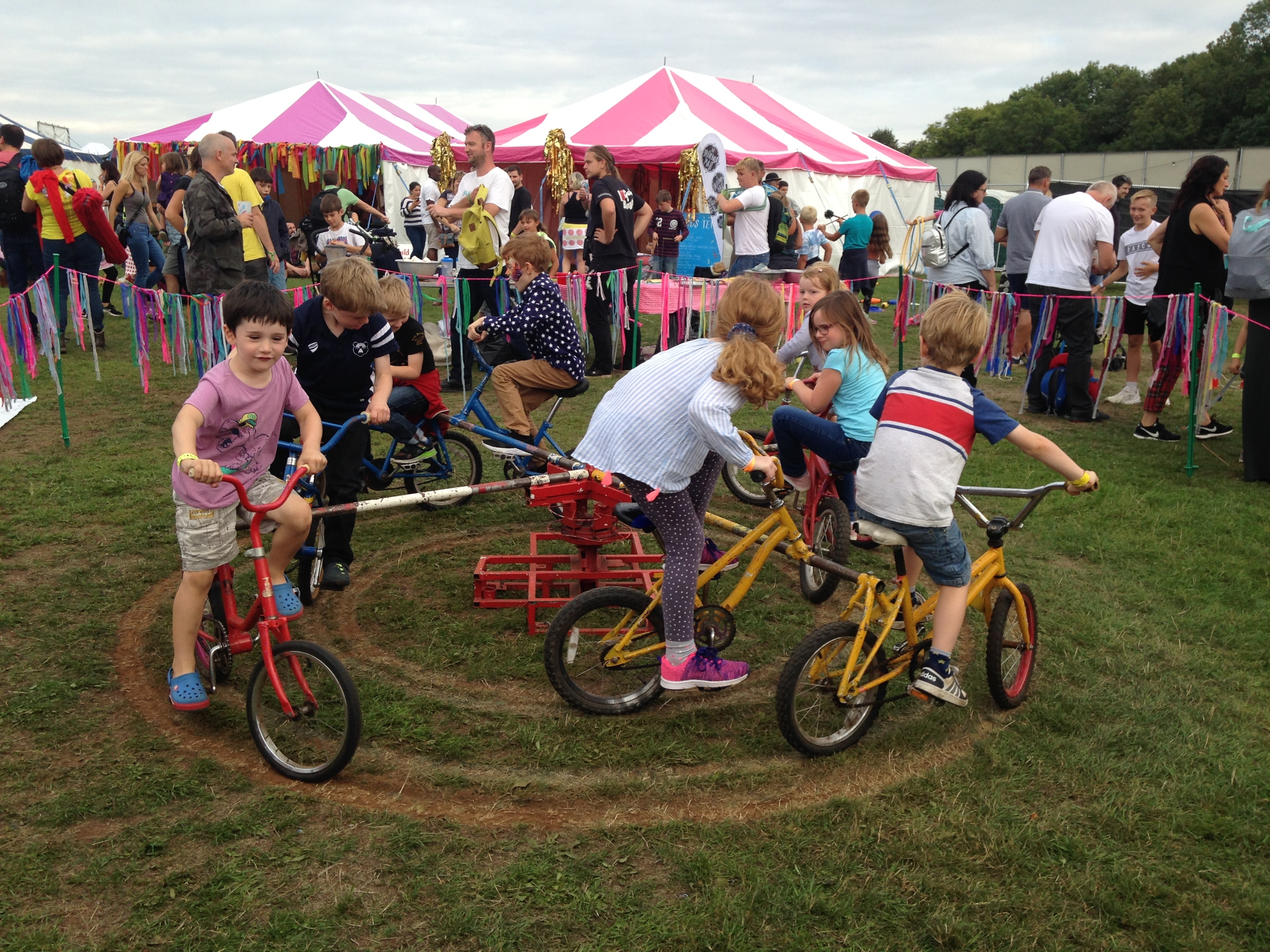 Cycling in the Kids Area at the Downs Festival

Basement Jaxx drew a large crowd on the second stage, officially called the Avon Stage, for a genre-bending DJ set which verged from the Pink Panther theme tune to I Feel Love by Donna Summer, with snatches of some of their own songs including bass heavy remixes of Bingo Bango and the Jump n Shout.

Next on the Avon Stage was Goldie: on the maracas, Bez-like, as the sun started to set and Inner City Life was played to a field full of revellers. “Make some noise, Bristol!” shouted an energetic Clifford Joseph Price – his nom de plume spelled out in a graffiti tag at the back of the stage – and the crowd duly obliged.

Weller provided plenty of nostalgia on the main stage, with songs from the Style Council such as Shout to the Top, solo songs such as Wild Wood and Jam songs such as That’s Entertainment.

“Alright, me babbers” he said as he walked on. And still keeping it local, “Gert lush!” as his set came to a close. 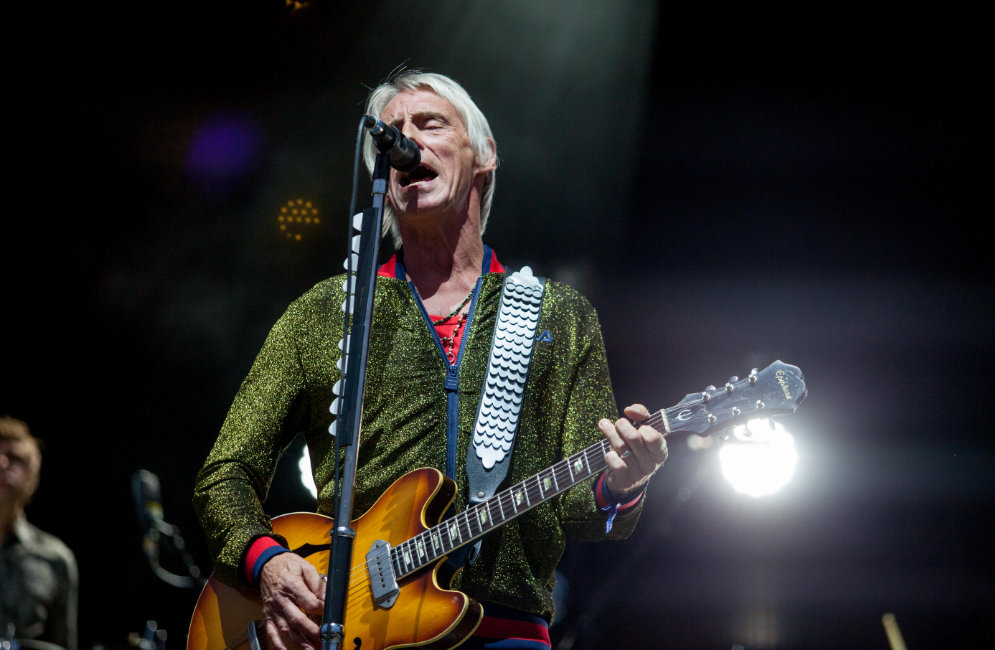 Midway between the two main stages, Bristol’s own Soeur were headlining the Information Stage after the speakers and debates had finished for the day, with one song dedicated to their singer’s Aunty Jane in the crowd. This grungy three-piece will undoubtedly be playing more festivals and bigger stages next summer.

Over on the Avon Stage, Orbital put on the best light show of the day; the pair looking like aliens with lights on top of their heads while dancing and mixing away on an elevated platform.

During recent single PHUK, the video screen behind the pair showed what looked like a newsreel, with Tories out banners on a march interspersed with the white cliffs of Dover – a plea via the medium of dance music to save our country.

And then it was time for Gallagher Sr, with the Manchester City flag draped on a speaker stack. Opening with Fort Knox, there was already plenty of singing in the crowd for Holy Mountain and more pints put in the air for In the Heat of the Moment.

Thirty minutes into his set, Gallagher says his first words to the crowd: “Alright my lovers,” before launching into the first Oasis song of the night, Little By Night, from 2002 album Heathen Chemistry.

“Has anyone been to that place that serves chicken balls?” pointing to a stand with the simple name of Chicken Balls to the side of the stage, before casually launching into Whatever.

After telling a Newcastle fan at the front of the fan on the barrier that Half the World Away wasn’t for him, thousands of people sing the b-side – and the theme tune of The Royle Family – back at him.

But the biggest singalong of the night was next with Wonderwall, which was immediately followed by one of the most anthemic High Flying Birds numbers, AKA… What A Life!

An acoustic version of Don’t Look Back in Anger could have been sung around a campfire, but here it was groups of friends swaying with their arms wrapped around each other, before Gallagher welcomed Weller on stage to close this year’s Downs Festival in style. 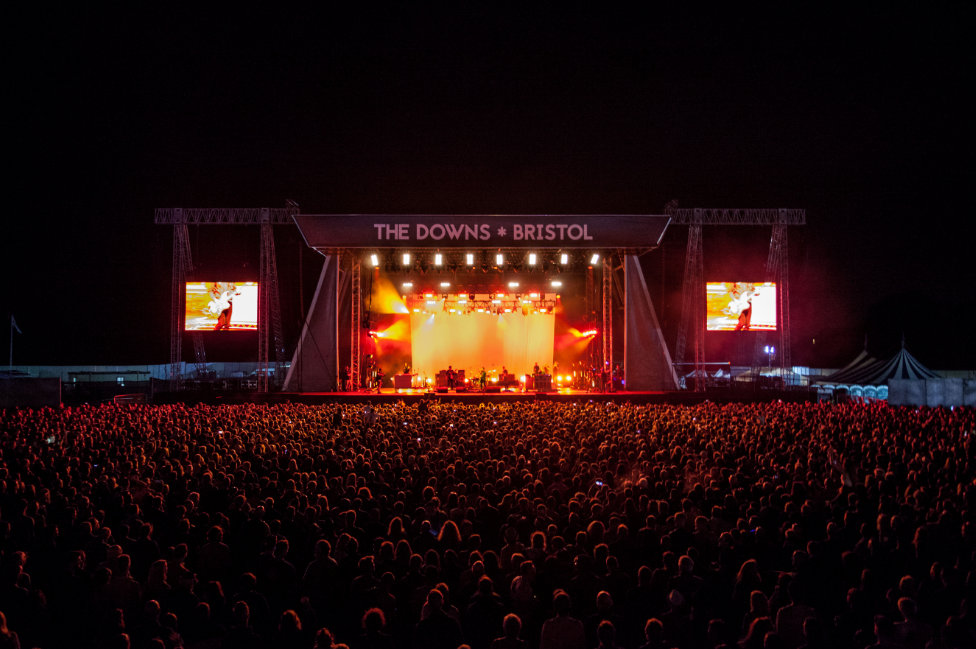