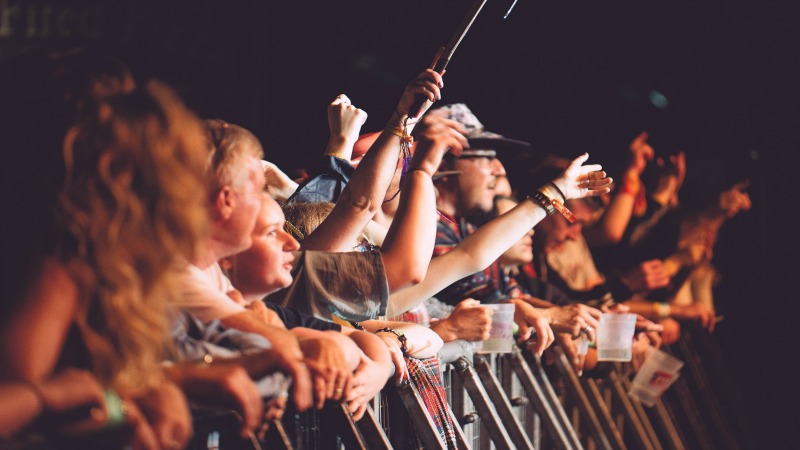 Bristol might have a proud musical history but, as the 6 Music Festival showed, there’s a magnificent array of talent out there in 2016. B24/7 music editor, Adam Burrows, tells Julian Owen where to find it.

For all the hoopla about household names congregating in Bristol for the recent 6 Music Festival, the real story lay in the event’s official Fringe: crowds flocking to check out equally skilled, if lower profile, homegrown talent in venues from Thekla to Stag & Hounds, Louisiana to Exchange.

On the Saturday, the Fleece was packed from lunchtime till late with hordes of music lovers hollering their appreciation for a 100% local lineup. Some were scene regulars, many were curious first-timers, seemingly all were impressed by the breadth of what they saw: glistening rock ‘n’ roll, towering hip-hop, free-flowing electronic experimentation and more.

Bristol 24/7’s music editor, Adam Burrows, hand-picked the line up at the Fleece’s invitation. “I thought ‘yes’,” says Adam, “but only if we could suggest all of the acts that were going to play, and take ownership, make it an extension of the music section: this is the music we want to write about, the music we want to promote, the music people will want to listen to.

“There’s a cliché about Bristol that it’s all about dance music or bass music – and we are really good at that here – but there’s so much other stuff too. I’m always conscious of trying to represent all aspects of it: folk, indie-rock, metal, abstract electronica; there’s so much interesting music going on in Bristol.”

The world is beginning to take notice. Candy Darling played on the Saturday afternoon and, barely a week later, were listed high up Buzzfeed’s list of 24 Underrated Musicians You Need To Discover. Coincidence? We think… well, yeah, probably. But cause and effect is a complicated thing. Having each caused a stir in their respective slots, The St Pierre Snake Invasion, Kayla Painter and the Hysterical Injury have all enjoyed 6Music airplay since festival weekend.

The day itself was followed up with video features on the acts that played. “Our involvement in Bristol music is all about documenting the local scene,” says Adam, “and being part of the Fringe was a great opportunity to do that in a different way.

“The question is ‘What is the Fringe’s longer term legacy?’ People are already asking, how can we make this an annual or biannual thing, not just a one-off? It proves the audience is there for local music when there’s enough energy and effort behind it. For our part, we definitely plan to get involved in other festivals in the future, and are in talks with local promoters to do more Bristol24/7 live music events as well.  Because bands are only known in Bristol, not on a national level, I think sometimes people are surprised when they realise ‘My god, these bands are really good!’”

Case in point: “The hip-hop showcase was really special”. Adam had invited Krazy, the Wordlife promoter, to assemble the best possible lineup to parade Bristol hip-hop in full effect. And for two full hours, that’s precisely what happened. “It was just so good to see a really big chunk of the scene in a real show of strength, probably twenty or so MCs in total. Hip-hop in Bristol is a really great community, but quite separate from the rest of the music scene, so to see so many of them getting together in a show of strength was great. It showed how much they can hold their own with some of the more obvious people you’ll see playing festival slots and gigs around the city.”

If festivals offer an opulent feast, it’s the bread and butter of week in-week out gigging that allows the scene to survive. And Adam is determined to tell you all about it. “We’ve got a really nice team developing, but it’s very important to have people going out to as many gigs as possible. It’s easy to find reviewers who want to see touring bands, but for local music you need people who are in the scene, have depth of knowledge in particular areas.”

So hear this: if you’re proud of your music, whatever the style, we want to hear it; if you’re a writer with one eye on your notebook and the other on the city’s underground, we want to see how you string words together; and if you’re a reader who wants to know what’s really going on in the city, not a clueless regurgitating of received ‘wisdom’, you know where to come.

See more highlights from the B24/7 stage at the BBC 6 Music fest, visit www.bristol247.com/music